I suppose I've ordered a team set online before, possibly some four-card thing or whatever.

But I had never ordered a team set of my team -- the Dodgers -- from one of the main sets of the year, flagship, Heritage, Allen & Ginter, Update, etc., until recently.

You must know by now that ordering an entire set at the start of the year doesn't feel like collecting to me. You don't need my permission to buy cards however you want, but for me, a lump purchase doesn't remind me of my childhood or the thrill of collecting I felt then.

So, how do I explain that I ordered the 2020 Topps Heritage Dodgers team set online?

Well, I'm not sure. It just came to me that it was the thing to do. I knew I didn't want to spend a lot of time buying 2020 cards this year. Also, I knew I want all my Dodgers from Heritage but Heritage is particularly frustrating to buy through pack-purchasing means when you just want your team.

Also, this team set purchase -- which came for a very reasonable 11 bucks from the always-popular BrentandBecca ebay store -- doesn't include the short-prints. So I still have some traditional collecting -- buying and trading -- to do.

Here is what I don't need to search for in packs anymore: 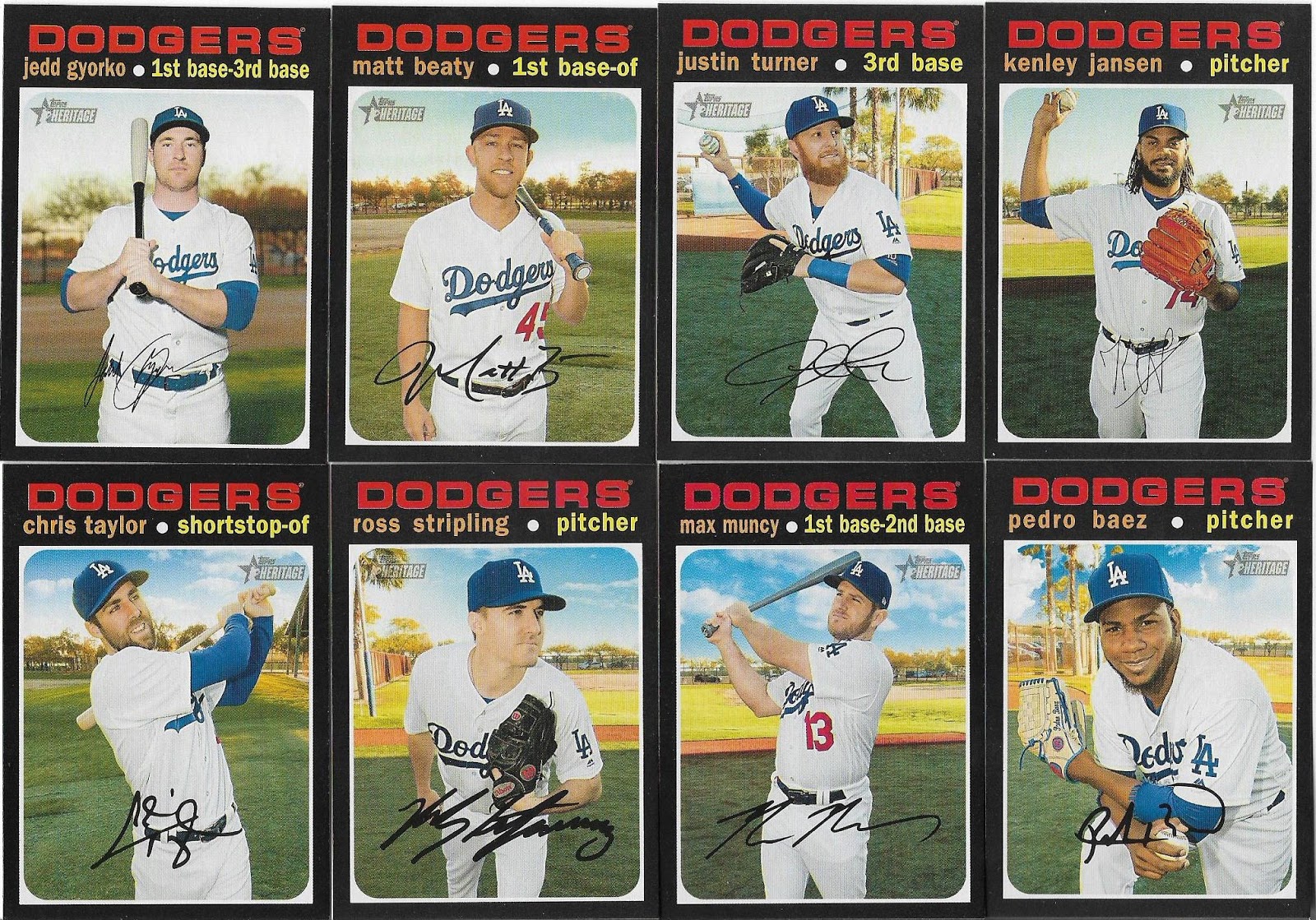 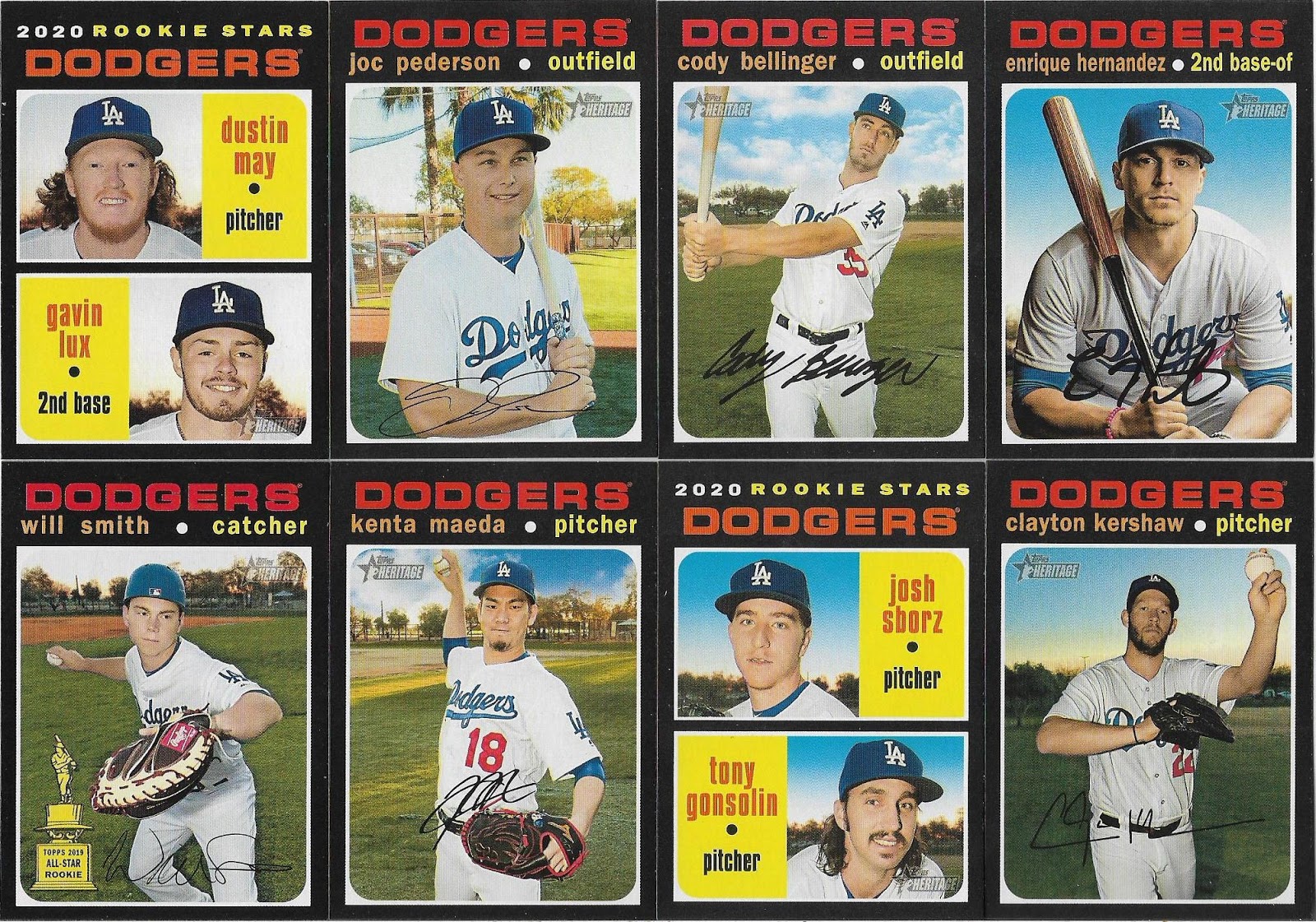 The cards arrived tightly packed in a team bag. Also, the first and last cards in the pile -- Gyorko and Kershaw -- were placed in a penny sleeve. The coveted May/Lux card was in a penny sleeve, too. I know those rookie hunters would be horrified to know that I immediately took that card out of its sleeve and then it was face down on the floor at some point when I was scanning.

There's nothing too exciting here, the Dodgers didn't have any cool action shots in 1971, although I was hoping to see somebody kneeling in the on-deck circle like Richie Allen. 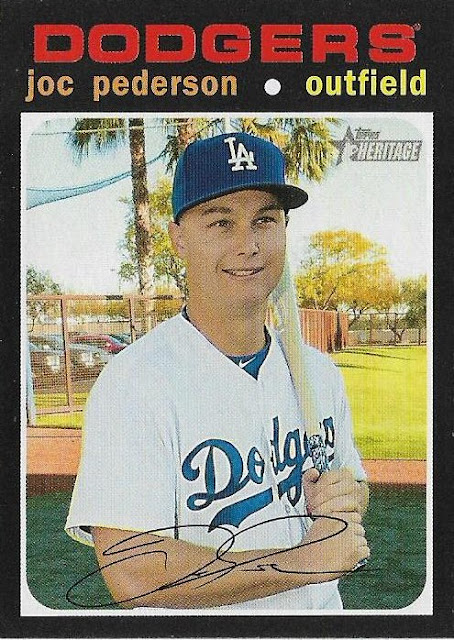 My favorite card is probably the Joc Pederson because you can see cars parked in the background, which is a major hat-tip to cards from the '60s and '70s.

As for content, it's all right. I don't know why Jedd Gyorko was included and Hyun-Jin Ryu was left out. Everyone knew Gyorko wouldn't return to the Dodgers. Topps could've at least included someone like Ryu who had a significant impact on the season.

In traditional annoying fashion, Topps has crammed FIVE Dodgers into the 75-card list of short-prints. A big FU to you, too, Topps. My Heritage want list is up and we'll see if I can gather those short-prints relatively quickly, like I did last year, or if it will take me two damn years, like it did in 2018.

So, yeah, there is still actual collecting to do when it comes to Heritage.

And there are plenty of other sets to collect in a traditional fashion, too, so don't you worry that all my collecting is reduced to hitting "ship" and waiting for the mailman to arrive. I'm still actively hitting those stores and initiating those trades!

Purchasing cards, getting cards that I might not necessarily want or won't fit in my collection, isn't a bad thing at all anymore (well, it still is with the Marlins). I actually get excited about cards that don't match what I collect because I know other people who do like those cards.

And that's how I usually end up completing my team sets, through trades via the mail from other bloggers.

Max from the Starting Nine blog sent me a bunch of Dodgers wants from my 2020 flagship list.

He cleared out all of my remaining base set needs except for the Clayton Kershaw card.

Because I hadn't ordered the flagship Dodgers in advance, collectors had cards to send me. There are a lot of people out there buying flagship at the start of the card season and it's no sweat to complete it through a few online trades. And you feel like a kid again doing it. 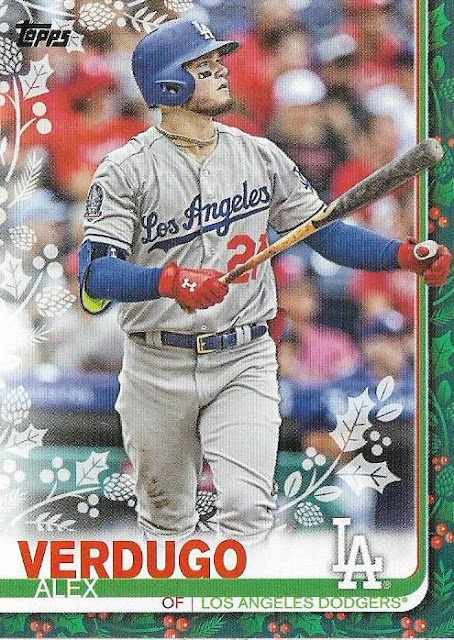 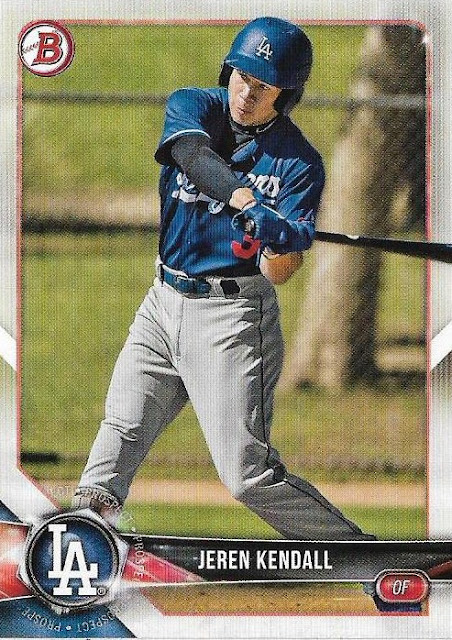 Max threw in few other cards, I believe these are the ones that stuck. Still need to get those other extra Dodgers from the Holiday set.

So consider that Heritage team set buy more of a blip of frustration rather than a trend for the future. Maybe I'll be ordering a few more team sets in this fashion in the future, but I don't see it becoming a habit. I'm looking forward to getting the 2020 Dodgers that I need from other sets from other bloggers.

And I'm not worried about the Kershaw flagship card at all. It'll get here. I have my connections. It's only a matter of time. 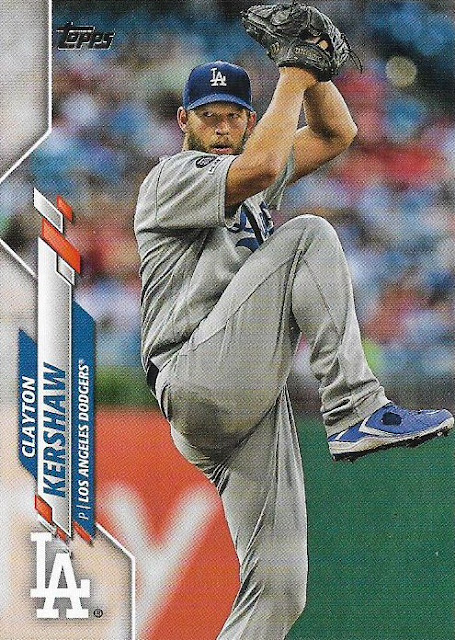 Peter K Steinberg said…
Those cards just make me laugh so hard. It's the exaggerated poses they are in. Like you said, the presence of the cars in Pedersen's card is wonderful.
March 7, 2020 at 4:55 PM