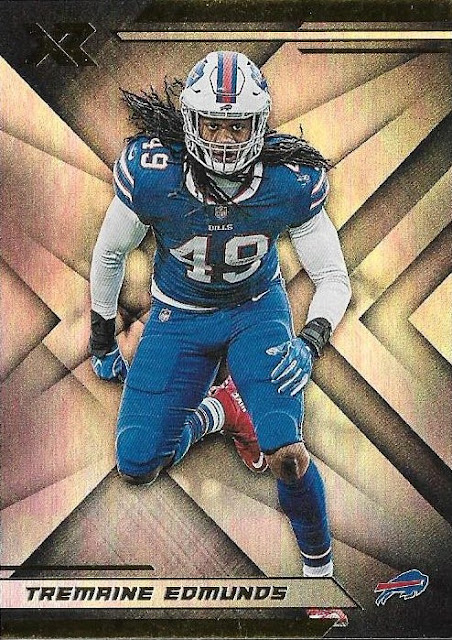 Are you too freaked out to go to the post office?

Do you view footage from football games from last November and recoil in horror at people sitting close together with *bodies touching*?

Are you purposely avoiding the grocery store because:

All of the above pretty much sums it up for me.

I WANT to go to the post office. I want to send people card packages. But it just doesn't seem like a good idea right now. So my stacks of cards for people just sit there waiting, waiting, like we all are, waiting, waiting.

Today, I finally sent out a couple PWEs. I touched the mailbox by myself then refused to touch anything else until I found a sink and soap.

Strangely, I've still received some card packages in the mail since everything in the world closed down. I don't know how they're doing it. I sure appreciate it, but I'm completely baffled on how stuff is still arriving in the mailbox.

For the record, I'm not freaked out by my mail. I'm not going to catch anything from the mail unless the mail person has coughed on it.

But I do look at the packages and envelopes that I received before quarantining became The New Home Game That's Sweeping The Nation with a bit of relief and nostalgia.

Here is a pre-coronavirus era envelope now from Commish Bob: 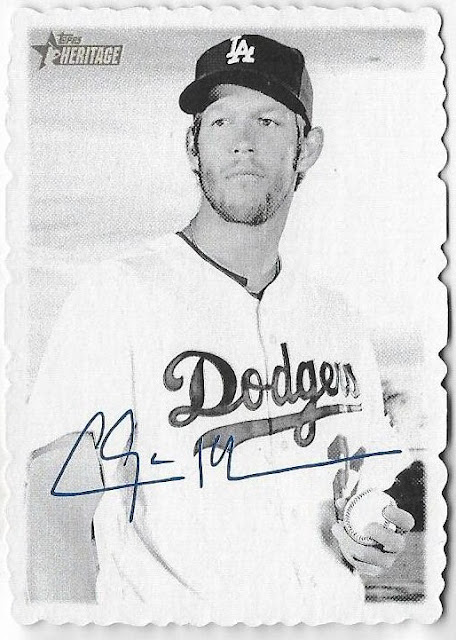 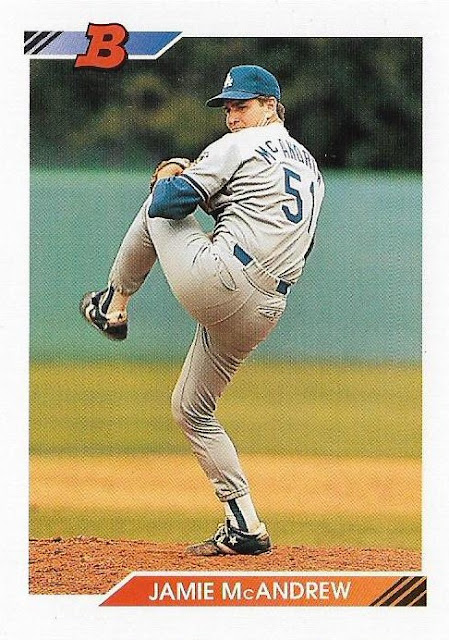 These were both former Nebulous 9 needs and now safely destined for binders where they should have been all along.

The Jamie McAndrew, a forgotten Dodger "can't-miss" prospect, is what I hope will be the beginning of the end of my long, many years quest to get the 1992 Bowman Dodgers set finished. My Nebulous 9 list is now half filled with '92 Bowman Dodger needs. 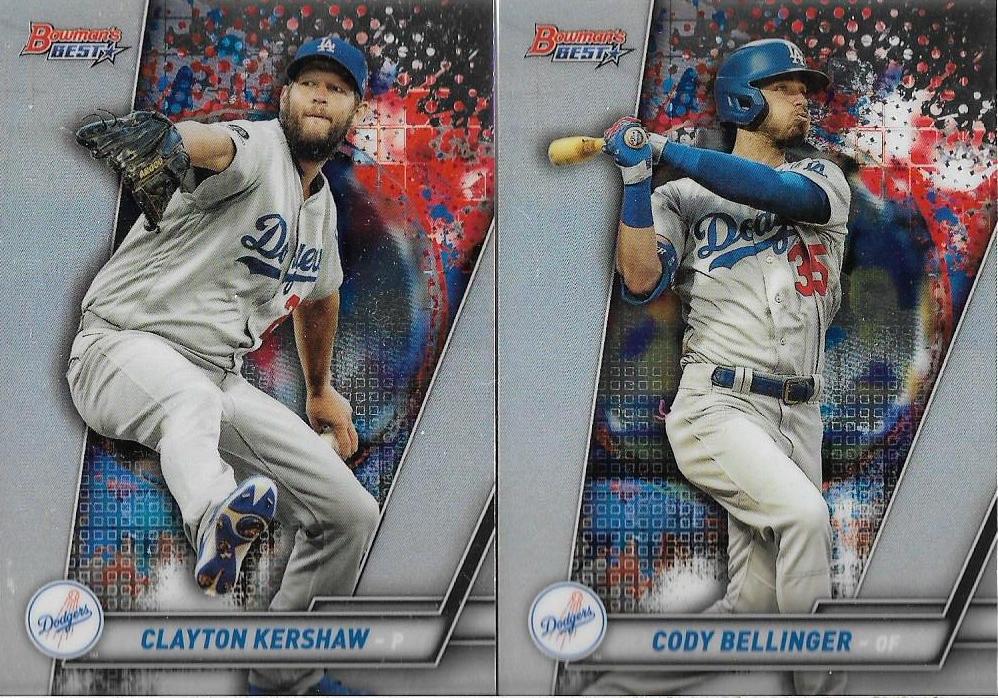 Another pre-coronavirus era envelope arrived from Douglas at Sports Cards From The Dollar Store. He was wise enough to send these two 2019 Bowman's Best needs just a day or two before Nick of Dime Boxes sent me the exact two cards. Just a few hours can separate "wants" from "dupes" in this very cut-throat business of card blogging and trading. 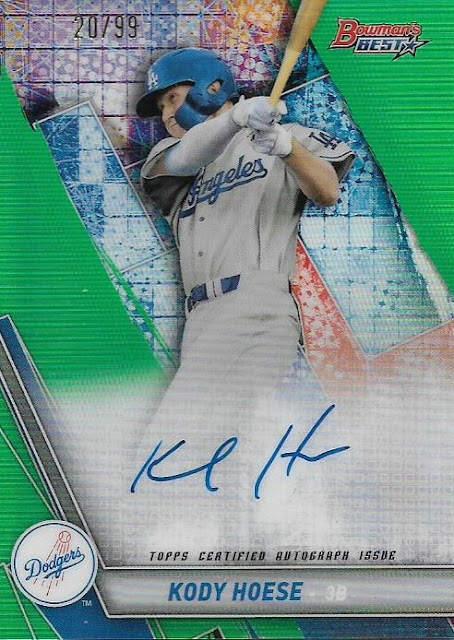 The fanciest of the Bowman's Bests in the envelope. This is my first autographed card of Top-10 Dodgers prospect Kody Hoese. I guess I should start paying attention to him now, huh? 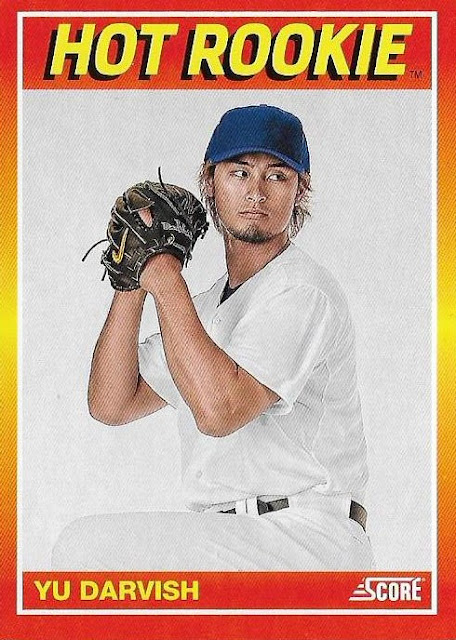 This card is also numbered. Why? I don't know. Panini apparently thought it was important to do at the time. You could pass this card off as a Dodger card. Or a Cubs card possibly. But it's a Rangers card. And I don't know any Rangers collectors anymore. 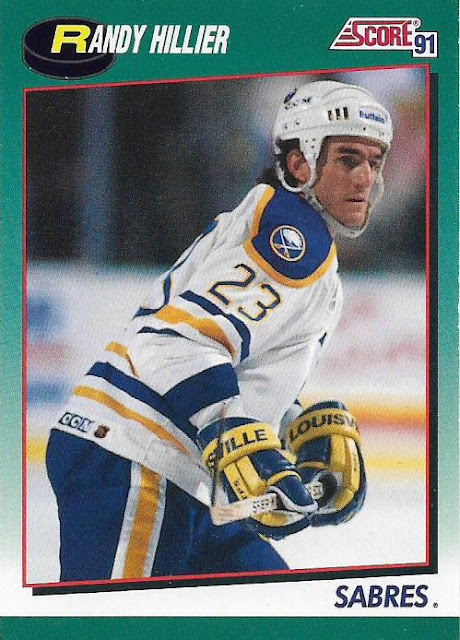 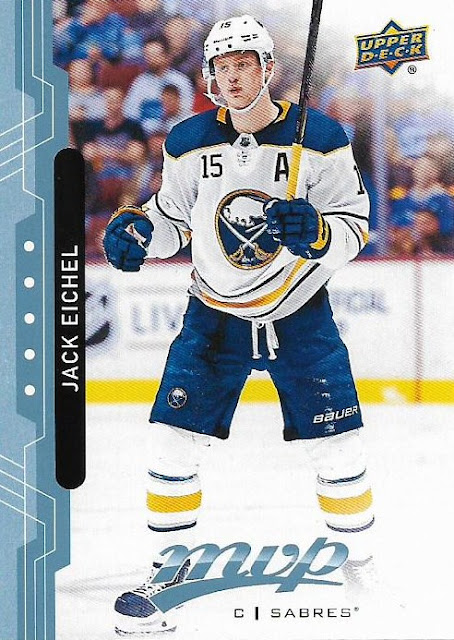 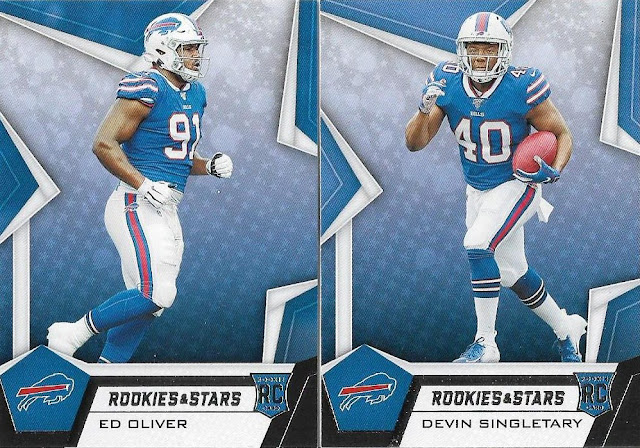 The rest of the cards were Sabres and Bills. It's nice to see the Bills making some offseason moves this time around. Now that Tom Brady is out of the division, my team can dare to dream again. 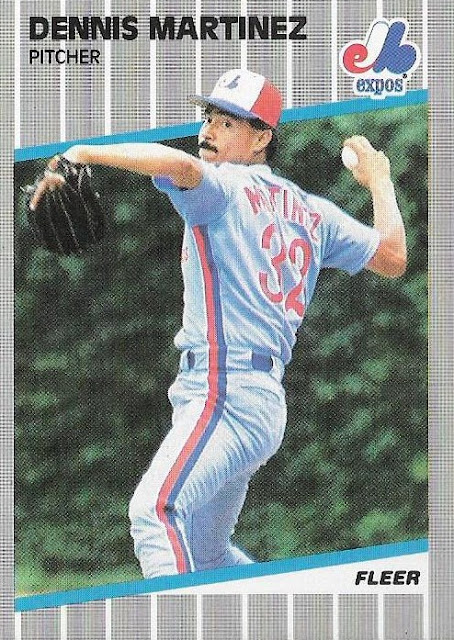 The last PCE package that I'm going to show arrived from Jon, who contacted me a couple of months ago about sending me some goodies.

I thought they were mostly going to be Dodgers, but he found a few Fleer set needs for me, too. There's one of the '89 ones. 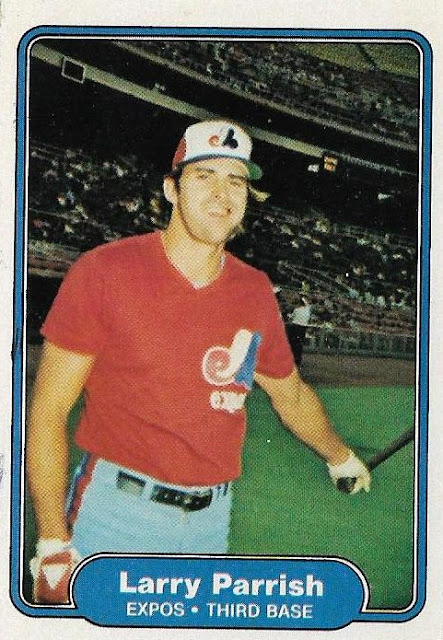 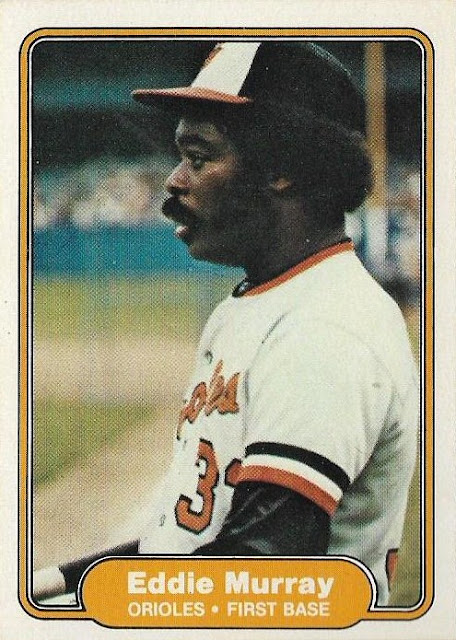 Two key '82 Fleers off my want list. Very happy about the Steady Eddie. 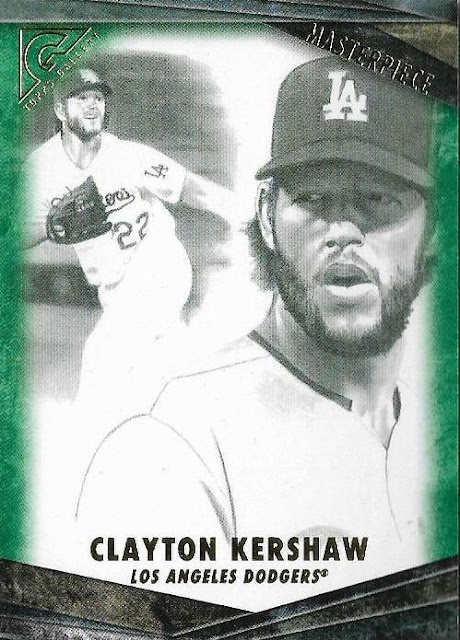 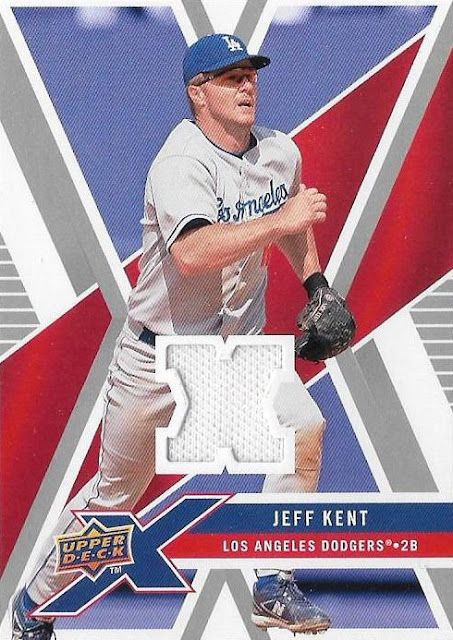 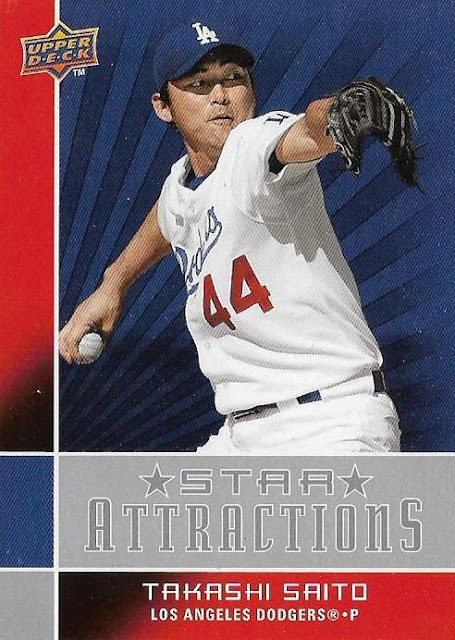 Here are the Dodgers that I needed. I "should" be most excited about the numbered Kershaw card or even the Jeff Kent relic (if this was 12 years ago), but the Takashi Saito card is the most interesting for me. It's from 2008 Upper Deck and HOW HAVE I NEVER SEEN THIS BEFORE? 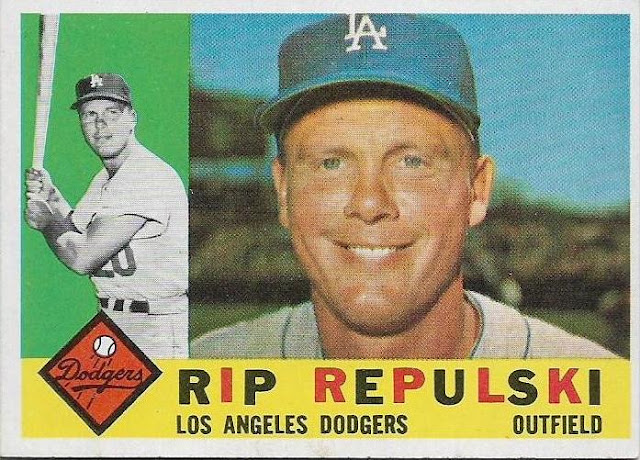 And I always enjoy receiving vintage. My goodness, this card looks like it just came out of a pack. 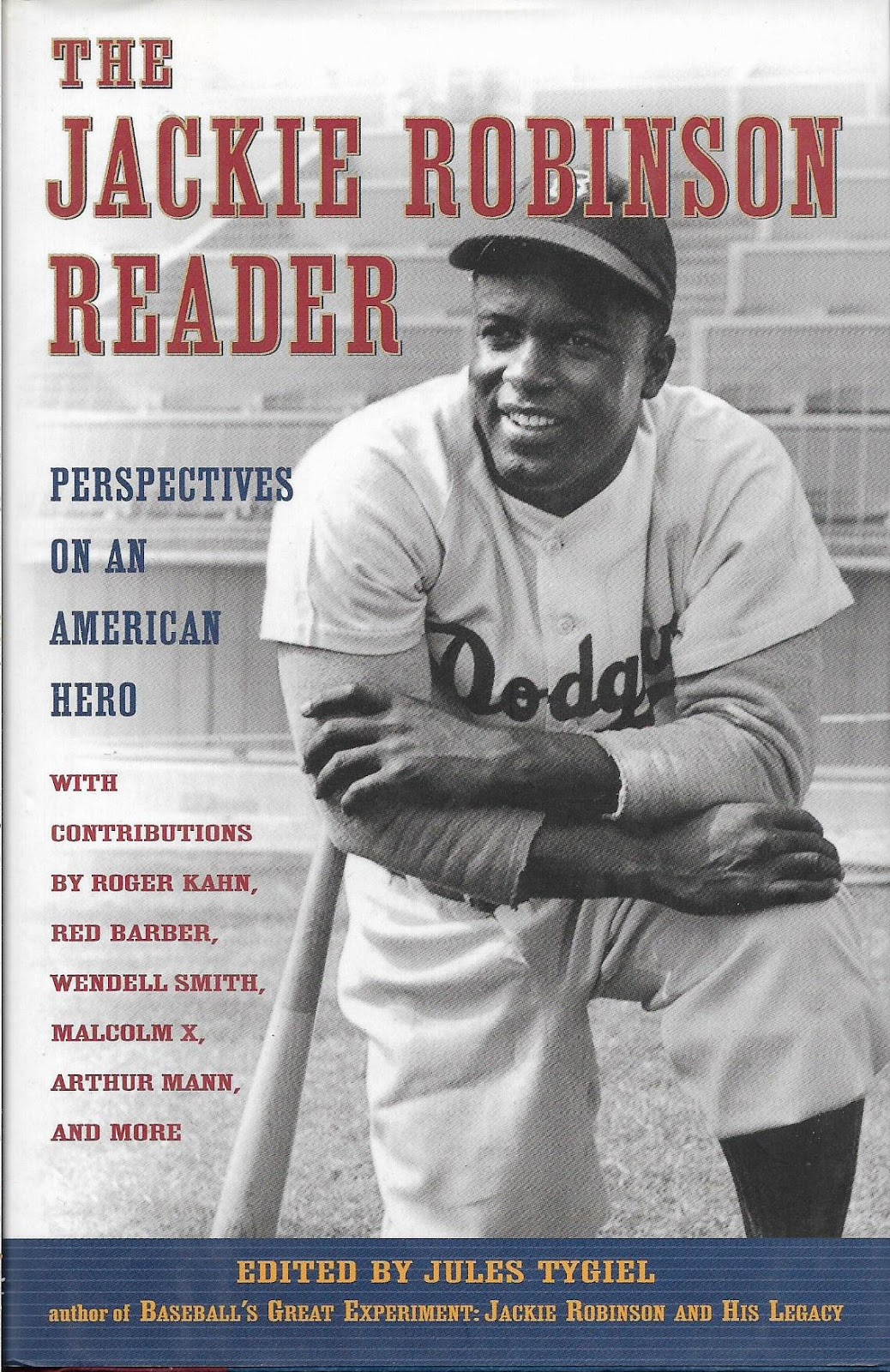 This likely will be quite useful in the days ahead.

The progress has been slow but steady. There are so many books ahead of this new Jackie Robinson Reader arrival, but I'm already looking forward to it.

That's my recommendation to anyone reading this who is struggling with what the world is going through. Always look forward to something, whatever that is. I've always found that helps me.

In the meantime, stay safe.

And if you DO see me at the post office, don't cough.

Zippy Zappy said…
Wow you got a Hoese (pronounced like Posey but with an H) autograph before me, impressive.
March 26, 2020 at 8:03 PM

Nick Vossbrink said…
In case you ever want to print labels from home. Works well. Mailman picks it up when he drops off your mail. And is cheaper than going into the Post Office.
https://www.paypal.com/us/cgi-bin/webscr?cmd=_ship-now
March 26, 2020 at 11:51 PM

Bru said…
I feel you there. I made a final trip to drop off a few envelopes the other day on one of our final "supply" runs. We just got our stay-home order and I had to stock up on pet stuff. It feels like Houston's case count will explode any day now, but I can drive on nearly clear freeways during rush hour, so I suppose it's not all terrible.
March 27, 2020 at 1:50 AM

Fuji said…
I'm sure glad I was able to ship out all of my care packages before all of this stuff hit the fan. And I wonder if we'll be talking about pre and post-coronavirus era stuff in a few years. Oh cardboard gods... I hope not.
March 27, 2020 at 1:43 PM

I sent out three PWEs last week and decided that would be enough for now. Like you, I'm fine with receiving mail but it seems like fewer people are interested in trading at the moment. I guess I'll find out next week how people feel about receiving free cards in the mail.
March 27, 2020 at 6:48 PM