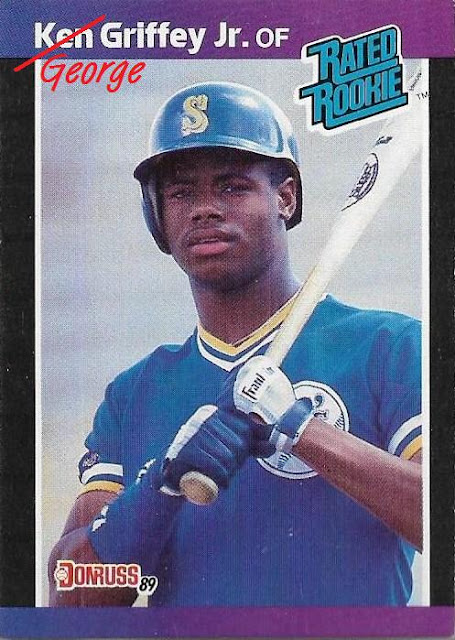 The other day, I was reading the fascinating SABR Baseball Cards blog post by Andrew Aronstein on a pivotal meeting of baseball card collectors 50 years ago.

It was the precursor to annual baseball card conventions, I suppose, but on a much smaller scale. The total number of attendees fell well below the current CDC guidelines for crowds in our virus-ridden world.

Photos accompanied this great historic post and the most interesting thing about those pictures was how well-dressed the attendees were. Every person showed up in a suit-and-tie or at least a sport coat. Can you imagine that happening today? The clothing choices of current baseball card show goers alarms me nearly every visit. Find something without stains, buddy.

The post was another reminder of how life was a bit more formal a half a century ago.

Another example comes from baseball cards. I mentioned on this post (in fact, this entire post is a continuation of the theme of that post) that Topps used to include full names of players on the backs of its baseball cards. First name, middle name, last.

It did that through much of the 1950s and then picked it up again for the early 1970s, ending the practice after 1975 Topps. Donruss then acquired the tradition, providing full names for players on its card backs from its debut set in 1981 through its 1992 set.

To me, growing up with the '74 and '75 Topps sets and then later buying early '80s Donruss, discovering the full name of a player -- particularly when the player's first name didn't match the first name that you knew -- was one of the most interesting parts of the card back. (No wonder nobody cares about card backs anymore, no full names, no cartoons).

Those names have interested me ever since, just because can you imagine the alternate reality if we actually used a player's real first name? 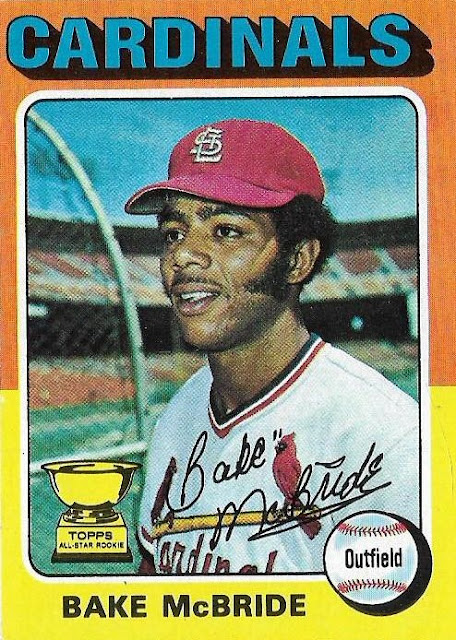 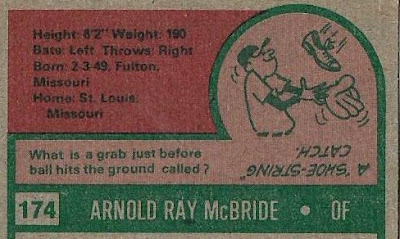 Would Bake McBride be the lovable cult figure he is in baseball circles if people knew him as "Arnold McBride"? 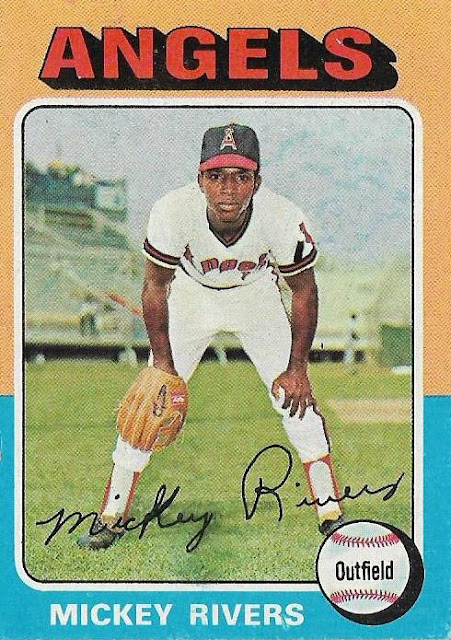 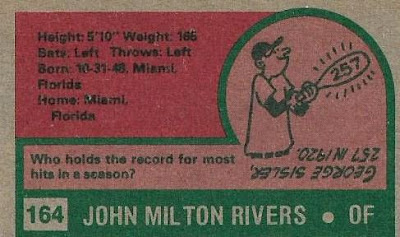 Would "Mick The Quick" catch on if he was merely "John Rivers"? 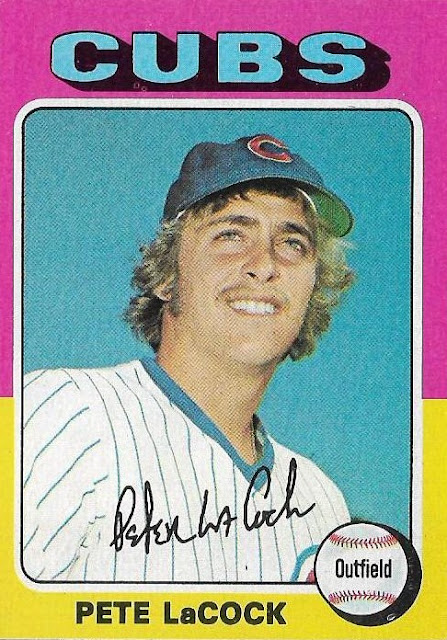 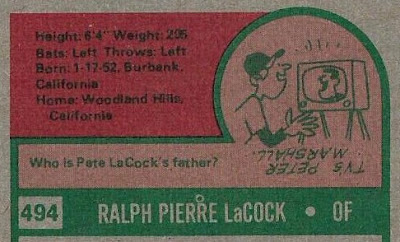 Would we have as much fun if we only knew a baseball player named "Ralph LaCock"? 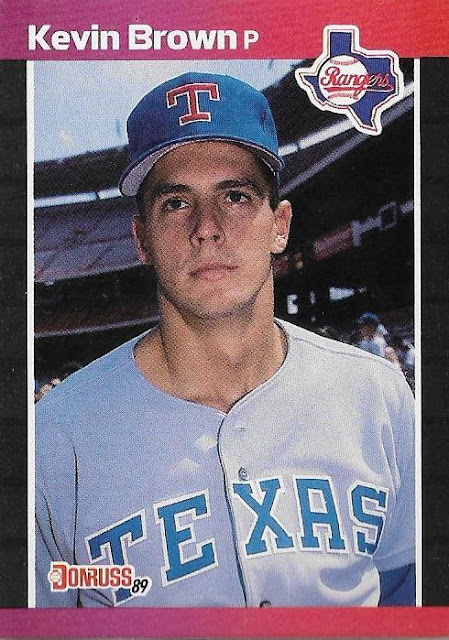 Would we feel good about Kevin Brown if he was "James Brown"? 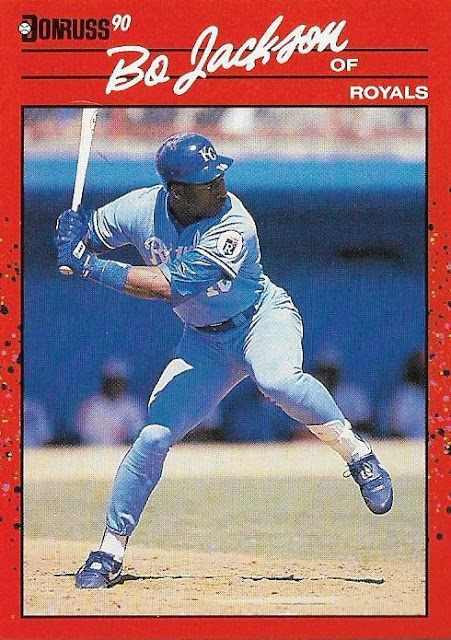 And what would we know about Bo if Bo was actually "Vincent Jackson" on his baseball cards? 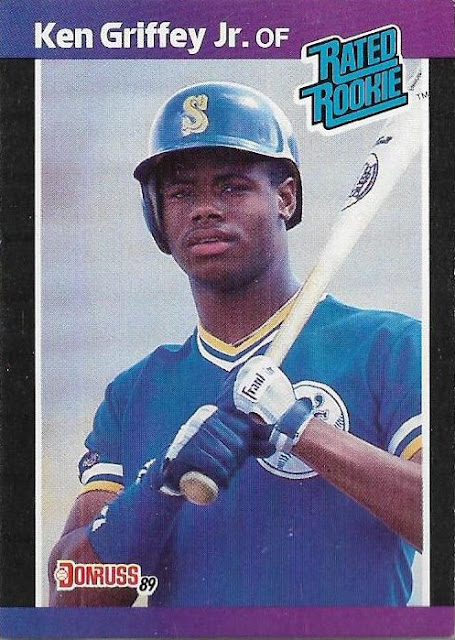 Thanks to family tradition, preference or happenstance we know the players by names other than their given names. That's why it's Ken Griffey and Ken Griffey Jr., not George and George Jr.

But seeing those full names on those baseball cards was a fascinating look into naming traditions and a tradition in of itself until Donruss abandoned the practice in 1993.

I broke down some of the players on those Topps and Donruss cards with "unfamiliar" first names and listed them by position. I limited it only to those mid-70s Topps sets and the '80s Donruss sets because that's what I collected when I was noticing full names.

You'll no doubt know many of these, but a few may throw you. 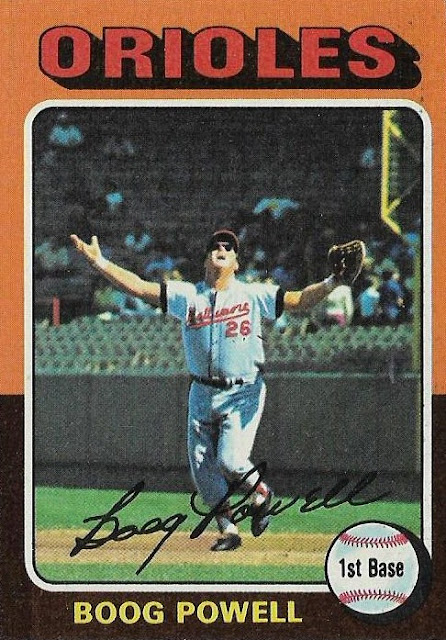 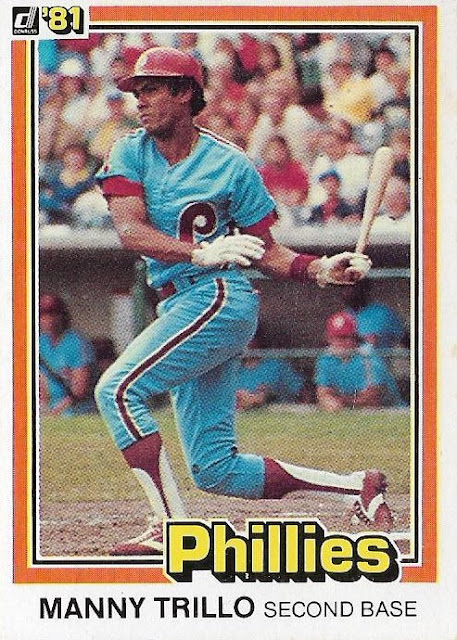 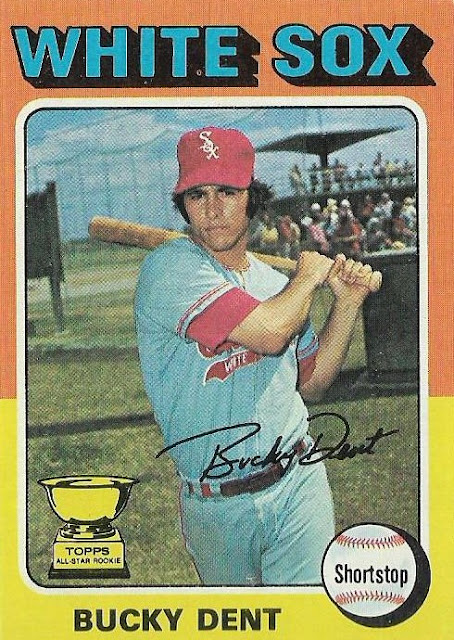 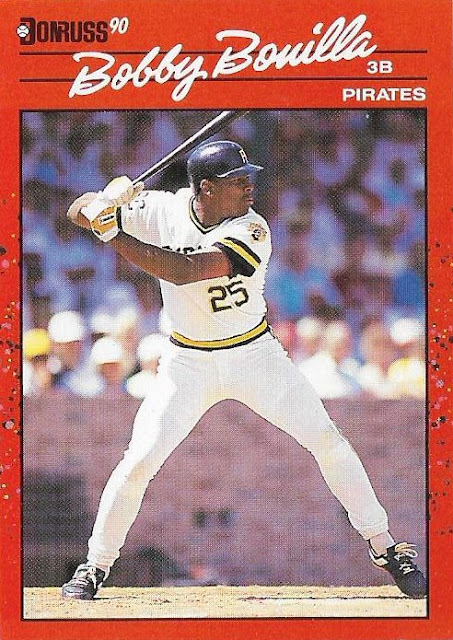 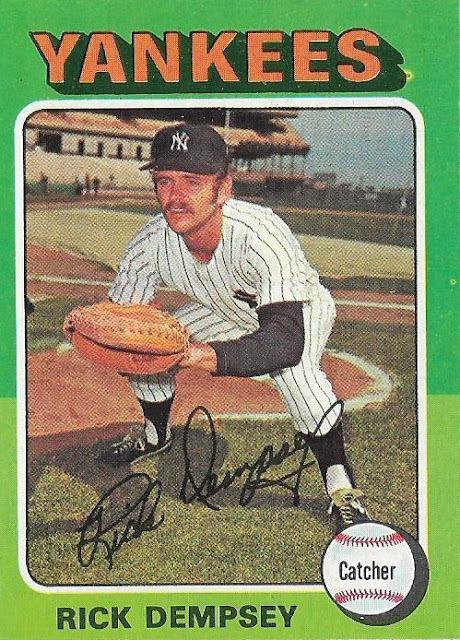 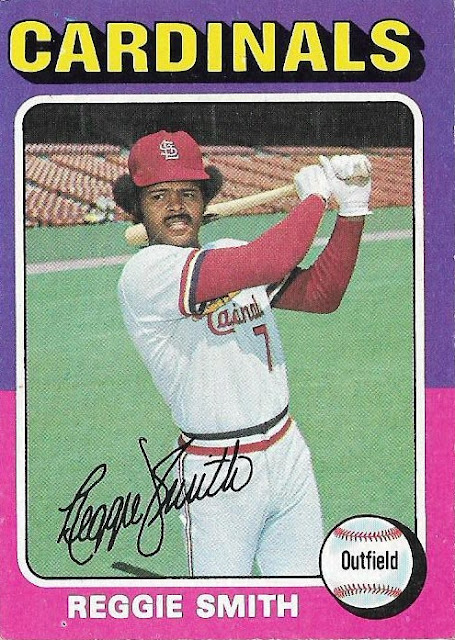 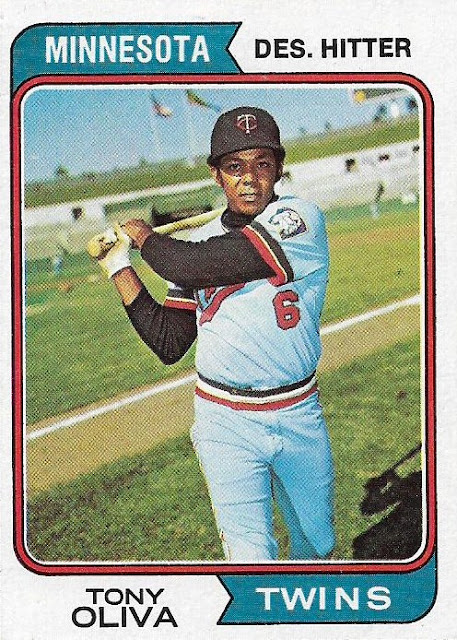 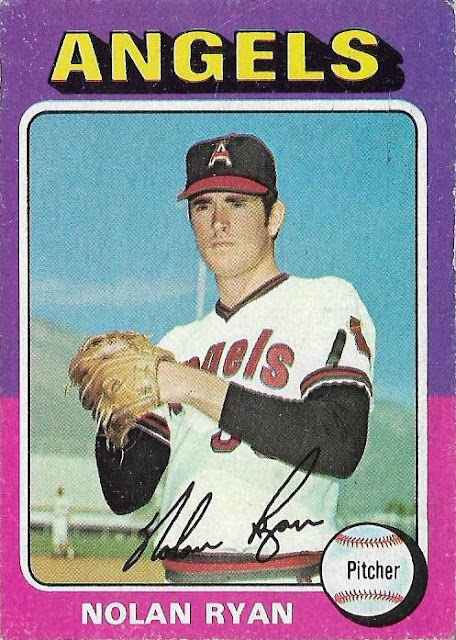 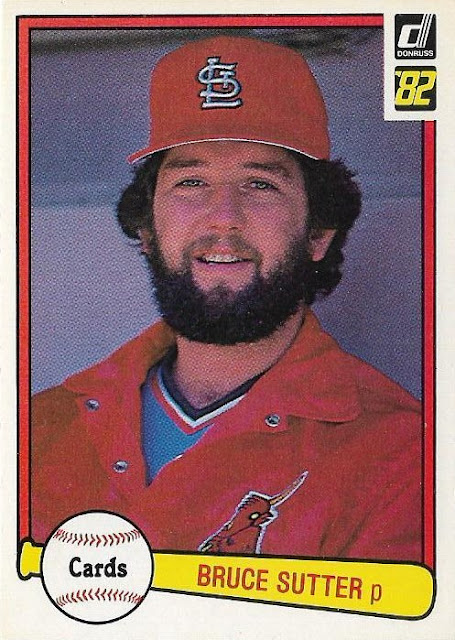 
There are good and bad parts to the world being much less formal than it was 50 years ago. Sometimes, I guess, you need to sacrifice interesting card backs to wear blue jeans.

Base Card Hero said…
I noticed the suits right away too. It really reminded me of pictures from my grandparent's photos in the 60's and 70's.

Rod (Padrographs) said…
In 1989 we had decided that we were going to name our son David, so we went through the Donruss Padres cards to see what others had paired with David and we got to David Francis Dravecky and decided that is what we would name our son. This was after my wife refused to let me name one of the sons after Anthony Keith Gwynn, cause she didn't like the name Tony.
March 17, 2020 at 9:01 PM

steelehere said…
As someone that has gone by his middle name instead of his first name his whole life, modern technology has been an annoyance for confusing people about this at times. For example, airlines only let you book with your full name even if you don’t use you first name. When I visit my kid as her school they have a machine that scans my drivers license and kicks out my first and last name regardless of if go by my middle name.
March 17, 2020 at 9:44 PM

Old Cards said…
Great lineup. Forrest Harrill Burgess known as Smoky. Always thought this was one of the great nicknames in baseball. I know he is too far back for your team, but your post made me think of him.
March 17, 2020 at 10:30 PM

Johnnys Trading Spot said…
I think that when the social distancing subsides (hopefully sooner than later and on a permanent basis) that we should go back to the formal dress when out in public. Nah, I did that for work for two decades, I love my shorts and polos now.
March 17, 2020 at 11:16 PM

carlsonjok said…
Only marginally related, but this post reminded me of how, from 1958 through 1969, Roberto Clemente's Topps cards referred to Bob Clemente front and back.
March 18, 2020 at 11:03 AM

Fuji said…
I feel like this should be turned into one of those online quizzes people take on Facebook. Based on my self-scoring, I'd get around 30% correct if I was given the player's full names. If it was the other way around, I think the only two I knew off the top of my head were Vincent Jackson and Lynn Ryan.