March 27, 2020
(Greetings on "Live Long and Prosper Day," a day dedicated to Leonard Nimoy, whose birthday is today, but also dedicated to all of us: Live long and prosper and STAY IN YO HOUSE. It's time for Cardboard Appreciation. This is the 290th in a series): 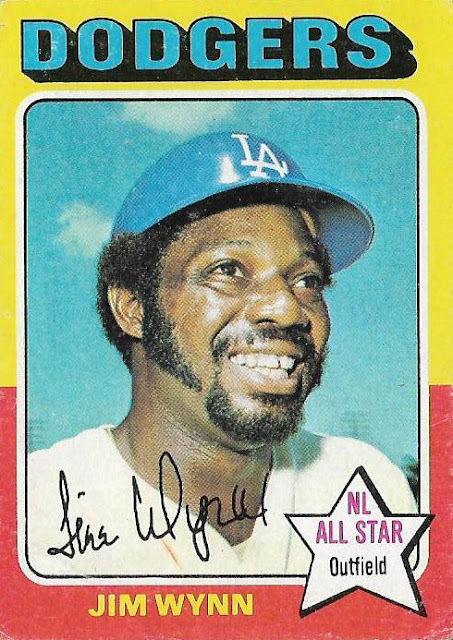 There are many moments that started me on the road to being the dedicated baseball fan that I am today and have been for the last 40-plus years.

It's not quite as easy to pinpoint why I've always liked certain baseball players. Ron Cey, sure, I can give you dates and happenings. But there aren't many more players where I can say: "Yes, THAT TIME, is the moment I became a fan."

But for Jimmy Wynn, I know of two.

They happened very close together.

The first moment was my first visit to the Baseball Hall of Fame. I've mentioned this a few times, but that particular year -- 1975 -- the Hall of Fame featured a display of all of the Topps cards from that year. They were displayed on standing boards and you could view all of them as you walked past.

As someone who just started collecting cards THAT PARTICULAR YEAR, this was the most fascinating thing that I had seen in my life. I wanted to stay with that specific Hall of Fame display for the entire visit. Plaques? Who cares! Uniforms? Encased baseballs? Old stuff???? Come on! I'm looking at the entire 1975 Topps set in all of its glory!!!

I drank in all of the cards that I knew and gravitated toward the many that I had never seen before. With my limited allowance, I probably collected 200 of the cards in the set that year. Staring at that display, my eyes locked on previously unseen cards of Ralph Garr, Vida Blue and ... Jim Wynn.

The Wynn card was most special, because he was an All-Star, but mostly because he was a Dodger. It became My Favorite Card That I Do Not Have. And it was years before the card finally landed in my collection.

The second moment came about four months later. It was the day after the Dodgers traded Wynn.

I had never seen Wynn play for the Dodgers on TV. I wasn't watching baseball on TV in '75, not until the postseason. But on Nov. 18, 1975, I was saddened to learn that Wynn was no longer a Dodger, he was traded along with Lee Lacy, Tom Paciorek and Jerry Royster to the Braves for Dusty Baker and Ed Goodson.

That player who I had just seen on the baseball card in Cooperstown was not a Dodger anymore.

I read about the trade in the newspaper, which was called the Binghamton Press at the time. It was an evening paper and that story about that trade is the first newspaper story I can remember reading.

He's known more as an Astros player, as he spent 10 years with the Astros and only two with the Dodgers. Those Astros days were before my fanhood began. But I was hit by the news very hard and I became instantly annoyed by how few tributes there were for Wynn on social media.

It was particularly noticeable from Dodgers fans. Thank goodness for Eric Stephen on Twitter, he seems to be the only one of the social media Dodger people who has a respect and knowledge for Dodgers baseball history beyond Jackie Robinson and Sandy Koufax. Wynn was a key player in the Dodgers' run to the World Series in 1974. He was the NL Comeback Player of the Year that year and brought Los Angeles a National League pennant for the first time in eight years.

He was "The Toy Cannon" for goodness sake. There aren't many better baseball nicknames than that.

But that's the way it's been for Wynn, I've often complained about his lack of Dodger cards. I have a grand total of seven of them. That's it. 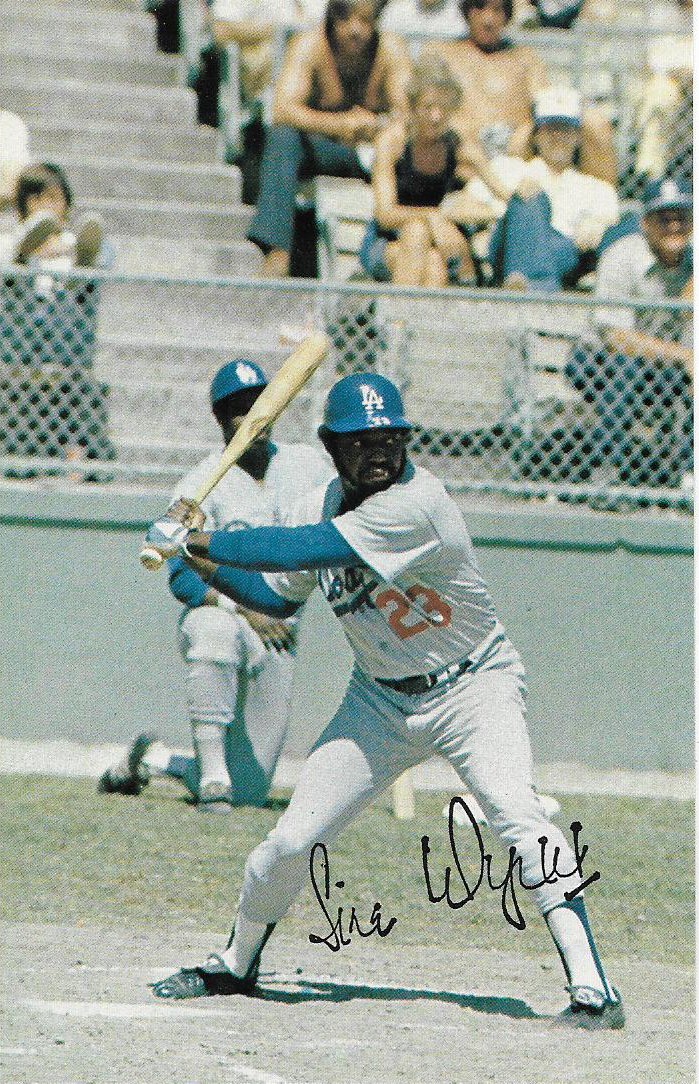 And there's this magnificent postcard. I love this thing.

Wynn may not mean a lot to people who weren't born in the '70s or '80s, but as someone who grew up just as Wynn's career was coming to a close, and someone who respects baseball history, I know that he was someone worth recognizing, especially at the time of his passing.

Anyone tied that closely to my love for the 1975 Topps baseball card set and for newspaper sports sections is pretty damn special.

Chris said…
I wish I could remember details of my collecting and fandom beginnings the way that you do. I also wish I had seen the "Toy Cannon" in action, as he's one of those players I knew nothing about until a couple years ago. RIP Mr. Wynn.
March 27, 2020 at 7:23 PM

Jamie Meyers said…
I have that '75 Wynn signed, got it in the mail a number of years ago now. It is a favorite of the many cards I have from that set signed. I was saddened to hear of his passing.
March 27, 2020 at 7:33 PM

steelehere said…
It's not a Dodgers card or photo but I've always been amazed at the photo of a young Jimmy Wynn and Dizzy Dean together. Also, I'd love to see Topps make a 1976 Topps All-Star card of Jimmy Wynn as a Dodger.
March 27, 2020 at 8:29 PM

Old Cards said…
I have vivid memories as you do about my beginnings as a baseball fan and card collector. I remember Wynn very well during his playing career. He was one of those players that was easy to like. I have this card in my collection. However, I have never been to the Hall of Fame. I can certainly see why it is a great memory for you.
March 27, 2020 at 9:01 PM

EddieK said…
One of my earliest baseball card memories was pulling Jimmy Wynn's (Braves!?) All-Star card back in 1976. When I recently started collecting 1975 Topps (inspired in large part by your blog), Wynn's Dodger All-Star card was one of the first I purchased. The Toy Cannon was a "Moneyball" player before his time. May he play on the Field of Dreams for eternity.
March 27, 2020 at 9:16 PM

jacobmrley said…
This is an amazing post. It encapsulates everything I love: baseball, newspapers, the hall of fame, mocking the short comings of others, crystal clear memories surrounded by fuzzy ones, and a pure love of cards and collecting players you like in the uniform of the team you love. This is why you're the best of us bloggers. Consider this an appreciative comment on cardboard appreciation.
March 27, 2020 at 10:08 PM

CinciCuse Bill said…
Well said Jacob. Thank goodness for baseball cards, baseball card blogs, and those who comment on said blogs, especially in times like this.