December 09, 2014
I received some cards from Joe of The Sandlot a week or so ago. It's always good to see a blogger who's been away pop up again.

I was able to find three in the dozen or so cards that he sent that were new to my collection.

Also, sadly, it appears they will have something else in common. See if you can figure out what it is: 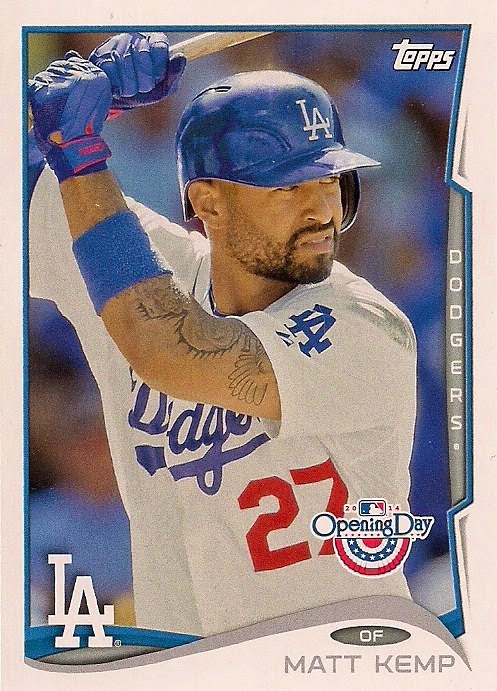 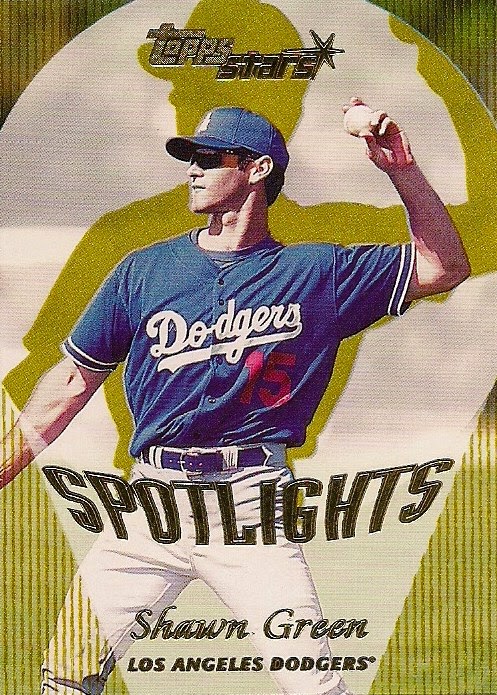 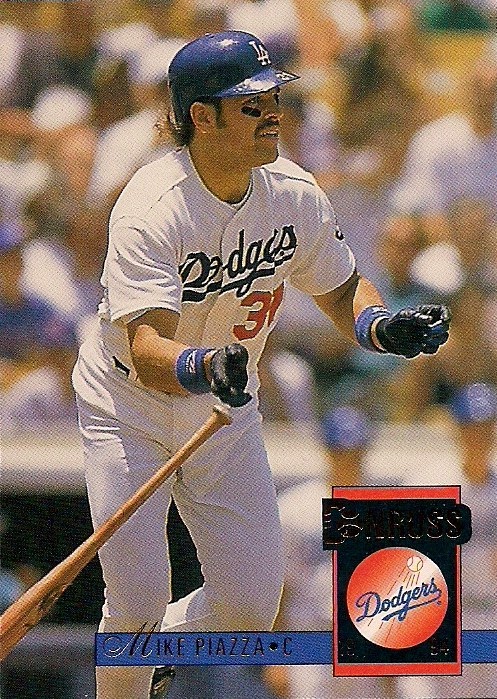 If you said "a beloved Dodger great who was eventually dealt away only after much consternation from a certain night owl" then you are correct.

And this is where you say, "wait a minute, Matt Kemp is still a Dodger!"

It looks like it's only a matter of time. The chatter has been especially strong today, particularly concerning a deal with the Padres. In those hours of pouring through reports searching for any kind of logic, I realized that, yes, Kemp probably is on his way out and there are probably good reasons behind it.

I don't like writing that because even though Kemp has never been THE favorite of mine, he has been one of the top two or three for a long time. In a perfect world, he would be a Dodger for his entire career.

But if Mike Piazza couldn't do that, then I guess Matt Kemp can't either.

I've already written about the Piazza trade. I still feel the same way. It was a big fat mistake. A famed Dodger blogger mentioned today that if a big-time player is traded for a lot less than what you think a team should get for him, it likely has to do with your expectations and not the trade. That's a good way of looking at it, but I think in some cases, like the Piazza deal, baseball people still sometimes don't know what the hell they're doing.

The Dodgers are still feeling the Piazza trade. Sixteen years later. I can't say that the L.A. would have won a World Series in the last 16 years if Piazza wasn't traded, but they sure lost a lot of ground with Charles Johnson and Todd Hundley as replacements behind the plate.

Shawn Green is a different deal than Piazza and Kemp. He wasn't a homegrown player. But he made an impact with the Dodgers that was as strong as anything those two other guys did. Then the Dodgers dealt him to Arizona in January of 2005 because -- tell me if this sounds familiar -- they needed a catcher.

The Dodgers got backstop Dioner Navarro, who didn't amount to much. But Green's best days were behind him, so I didn't have to worry about my team facing him (like I did with Piazza).

And that brings me to Kemp.

Like I said, he is rumored to be on his way to San Diego. The key player coming to the Dodgers?

So I have this theory now.

If the Dodgers would only develop and keep a catcher who could be productive year after year, then maybe they wouldn't have to trade away their top players.

Robert said…
I hate to point this out, but the Dodgers have recently produced a home grown catcher.

He just became a Blue Jay---Russell Martin. Not as good as Piazza, but many are talking him up as one of the best in the game right now.

night owl said…
For your sake, I hope he doesn't hit as many groundouts with the Jays as he did with the Dodgers. He wasn't doing very well when L.A. let him go.

The Dodgers won't trade Kemp for Grandal straight-up. They're looking for additional players.
December 9, 2014 at 9:01 PM

Marcus said…
FWIW, I've been chasing rumors all day, and LA's GM makes it sound like it's not going to happen. I've been a Padre fan long enough to know that nothing good ever happens to us, so you're probably safe… from seeing him in a Padres uniform, at least.
December 10, 2014 at 1:11 AM