Not one of Topps' more popular base sets

December 29, 2014
I have this insanely unscientific method of determining whether people are buying sets on any given year:

I check to see how quickly I complete the Dodgers team for the given set.

Then I compare it to how quickly I completed other team sets for that year and for past years and I have my answer.

I told you it was unscientific.

For example, the year that we're wrapping up right now, off the top of my head, I know that I've completed two Dodgers team sets.

The most recent one was Stadium Club. I received the last two Dodgers that I needed for that set from Shane of Shoebox Legends. Here they are: 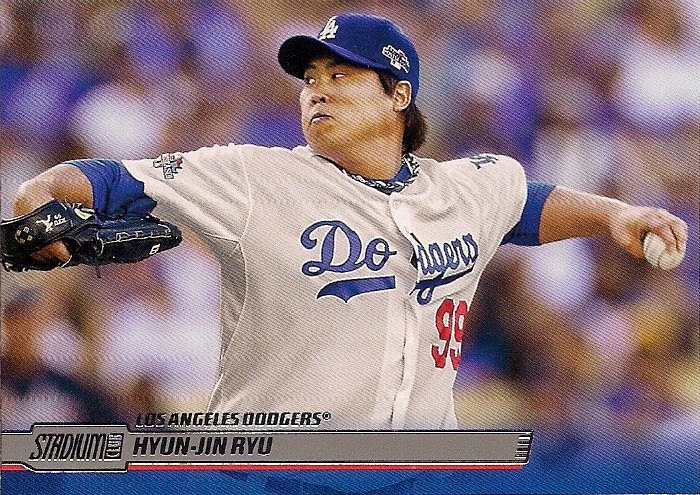 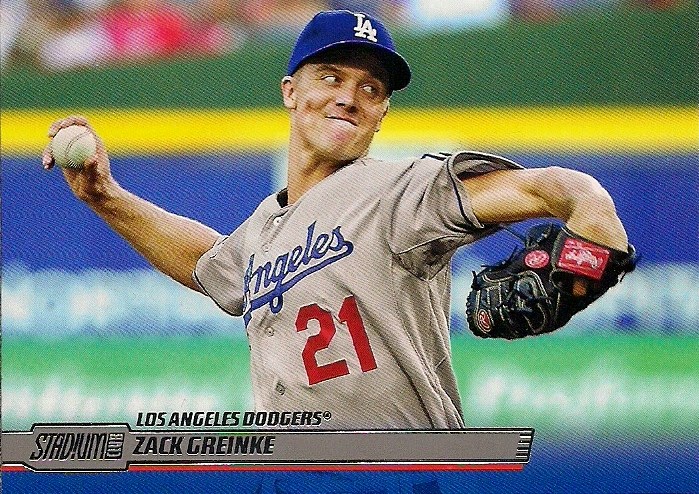 Add those to the rest: 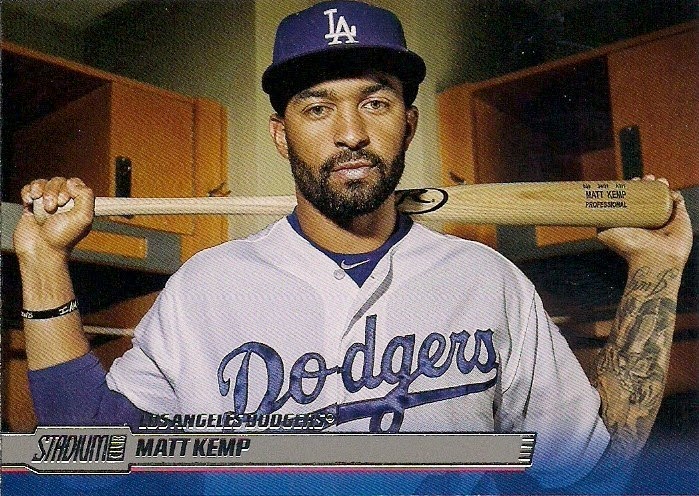 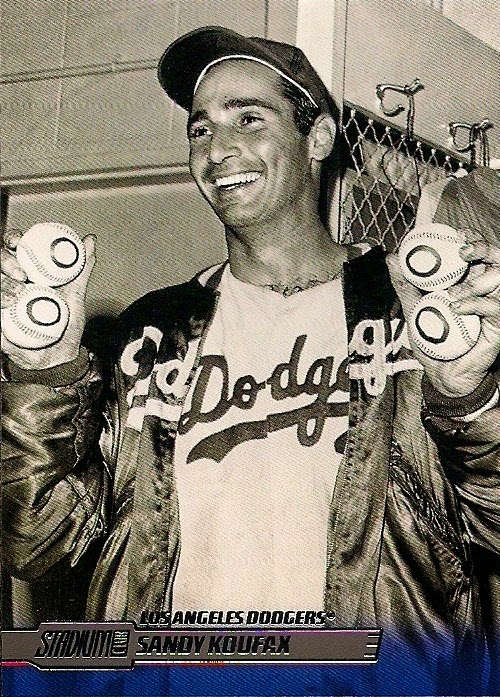 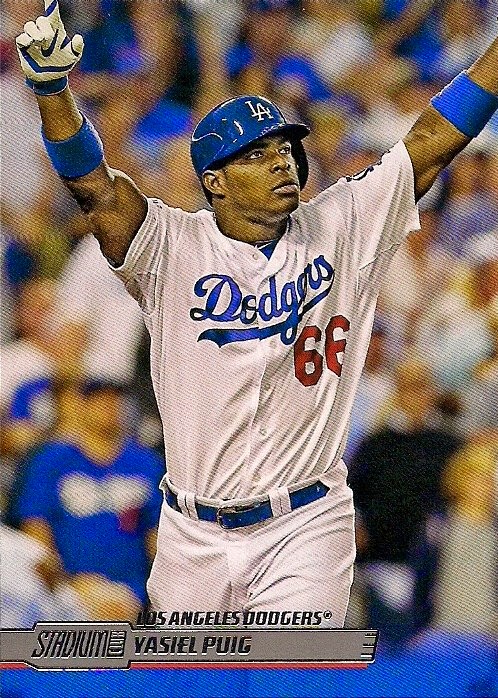 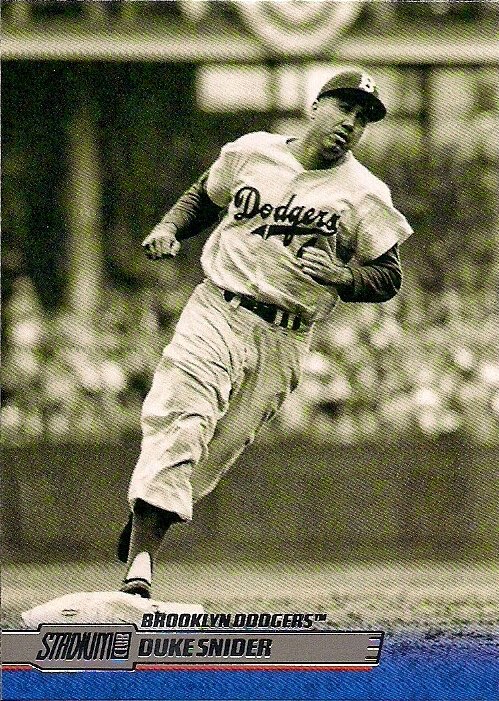 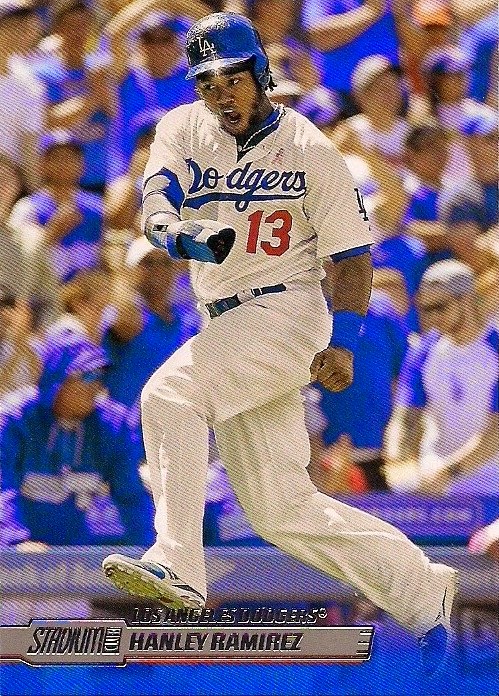 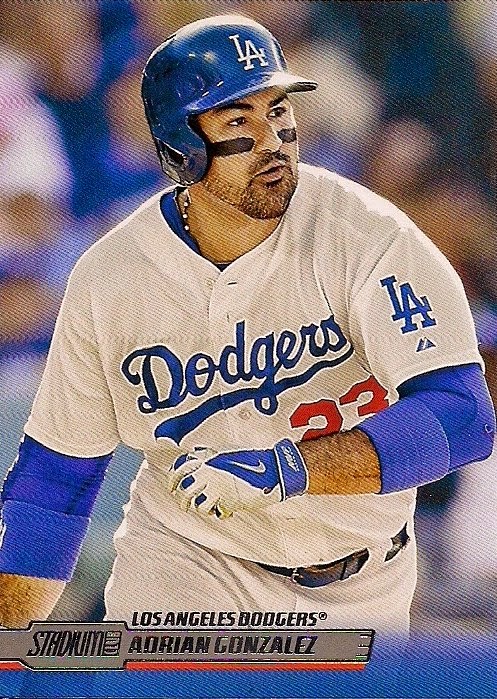 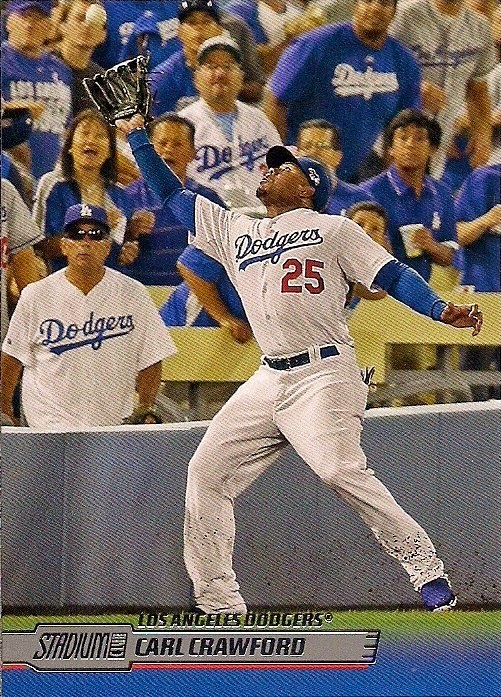 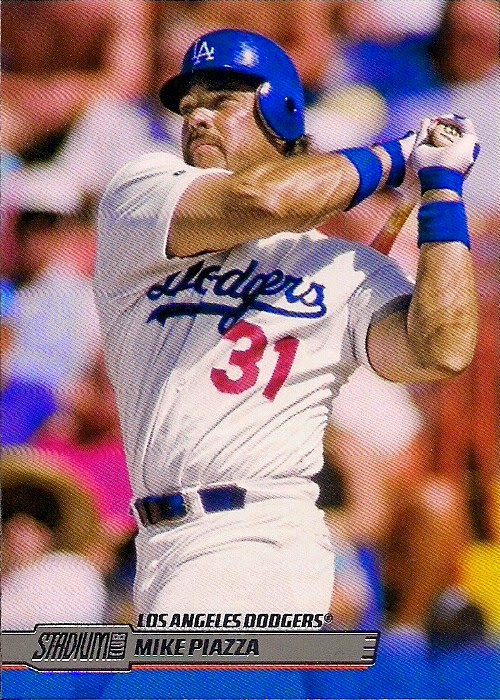 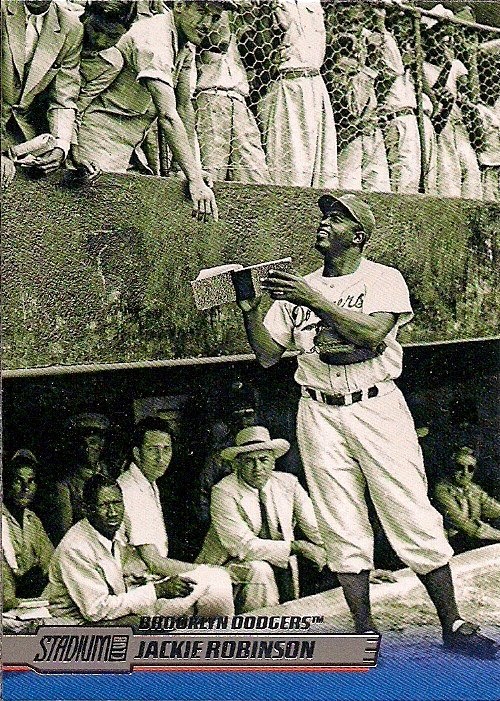 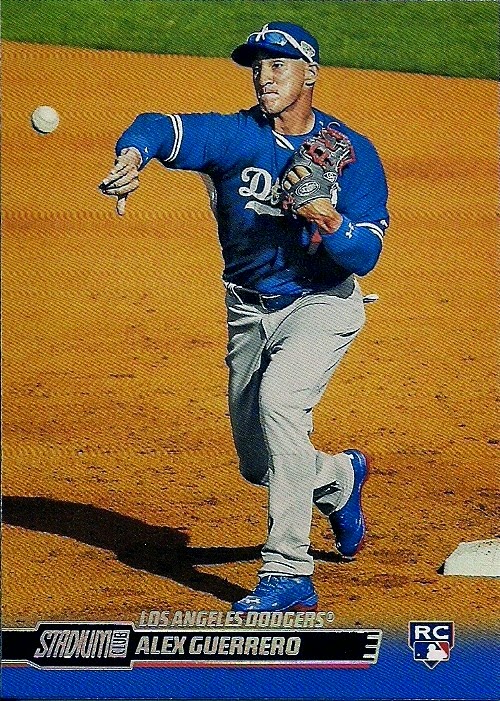 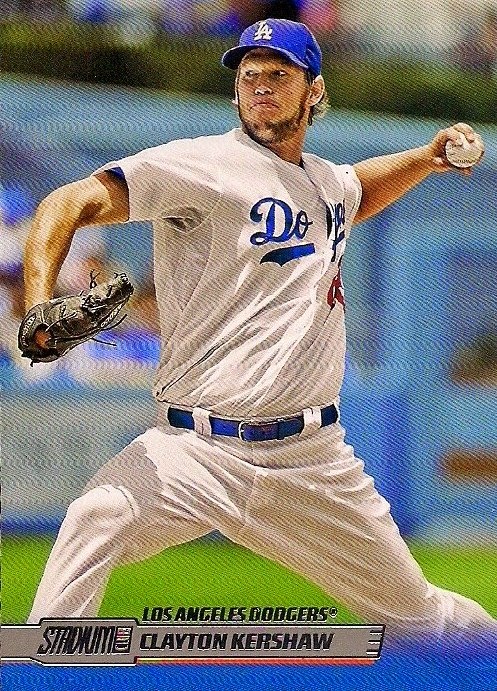 ... and Stadium Club is complete.

(Completed without me buying a pack, I might add, since it'd be too much trouble for a card shop around here to stock actual cards).

My guess is that I completed it so quickly because Stadium Club was so popular with collectors. People bought this stuff.

The other Dodger team set from 2014 that I've completed is from Heritage: 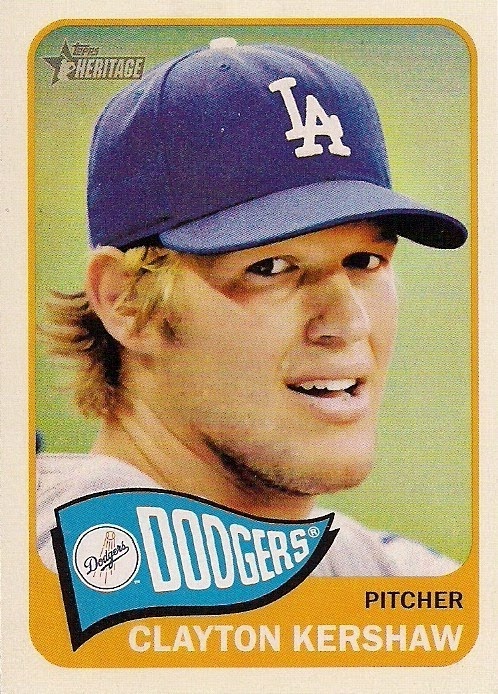 I basically completed that around April except I had to wait about five months before finally acquiring the awful Brian Wilson.

But that's as successful as I've gotten with team sets this year.

Let's evaluate how close I am on some of the others: 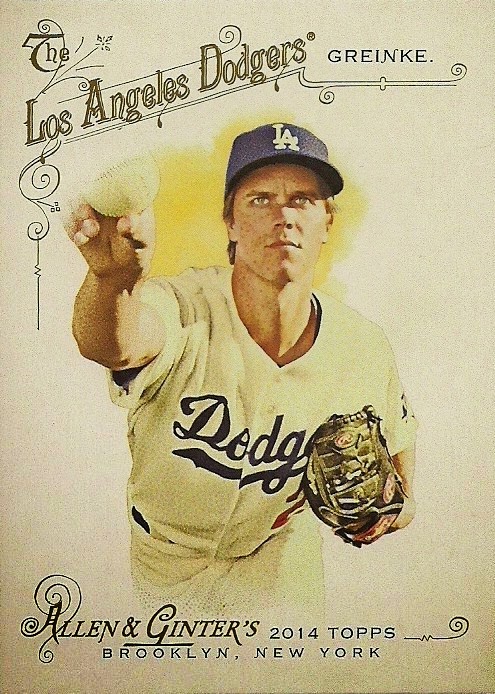 Need two Dodgers. One of them is an SP. Of course that SP has to be Yasiel Puig. 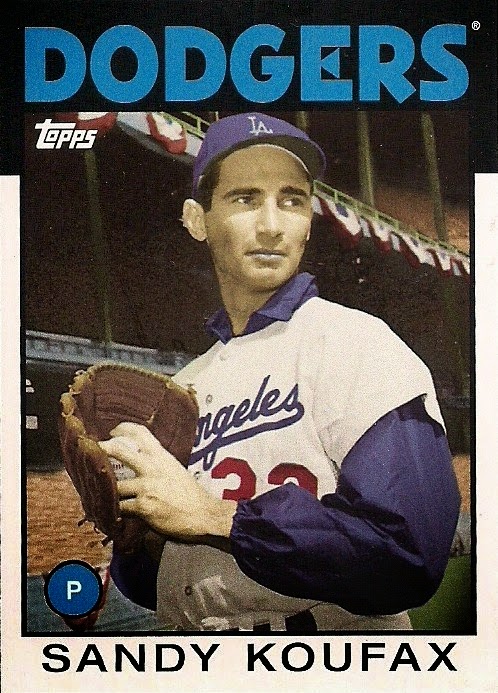 Need seven cards. There are short-printed base cards all over this set for reasons I don't want to know. I no longer look at this set as pathetic and capable of so much more. I now hope to be able to put it out of its misery personally. 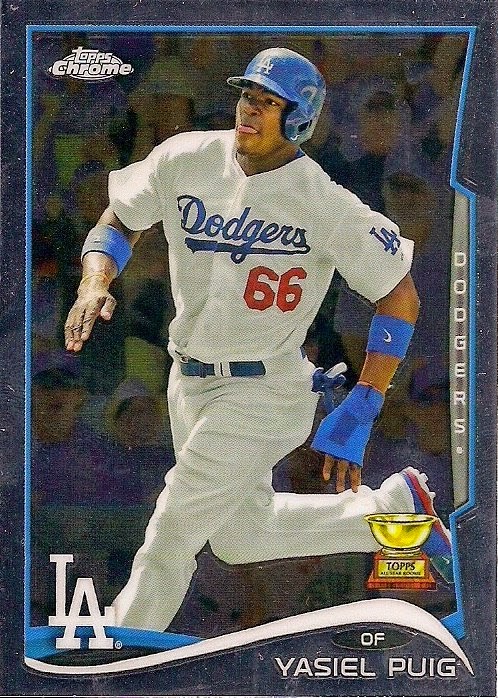 I need five Dodgers. Chrome doesn't have the hold over me that it once did. The anti-shiny patch that I wear on my right shoulder is working quite well. 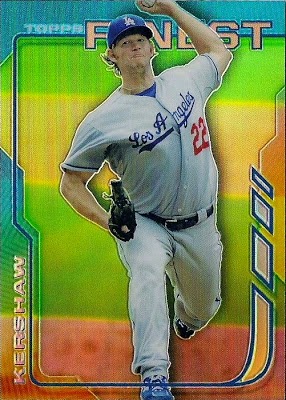 Need two. Normally that wouldn't be much of a problem, but of course Finest is too good to be sitting on shelves in Walmart. 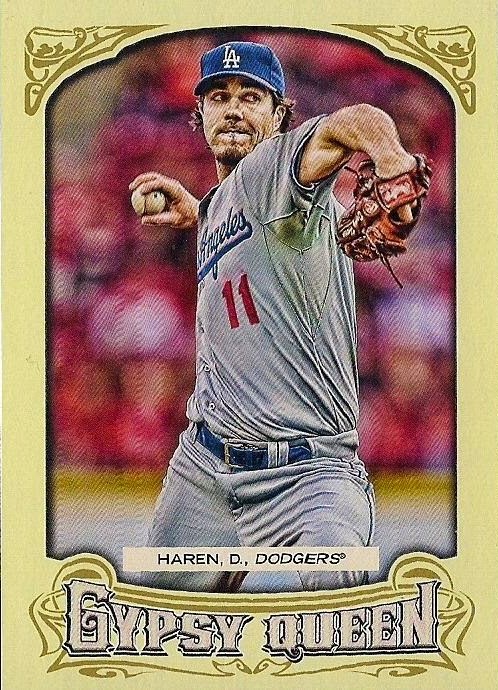 (*snort*) Need nine Dodgers. That could be the exact same total three years from now. I can't get myself to buy these, and nobody wants to send them to me for fear I'll get up on the roof and shout: "LOOK AT THE BASTARD WHO SENT ME GYPSY QUEEN!"

But really, I won't do that. I'm afraid of heights. 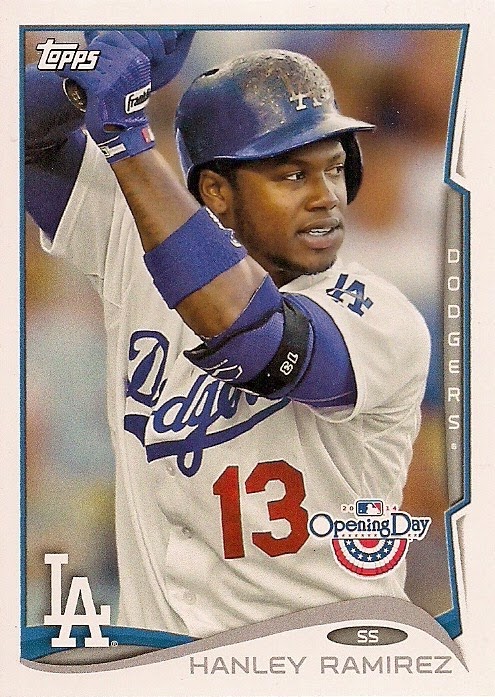 I need four Dodgers. I don't think anyone is buying this stuff anymore. I'll have to wait until $2.98 blasters show up next spring.


OK, there's Triple Threads and Tek and all that stuff, but that gives you a pretty good idea. At the end of 2014 I'm nowhere near being finished with 2014 team set needs. That's not inserts and parallels, mind you, that's BASE cards. ...

Wait, did someone mention BASE cards? 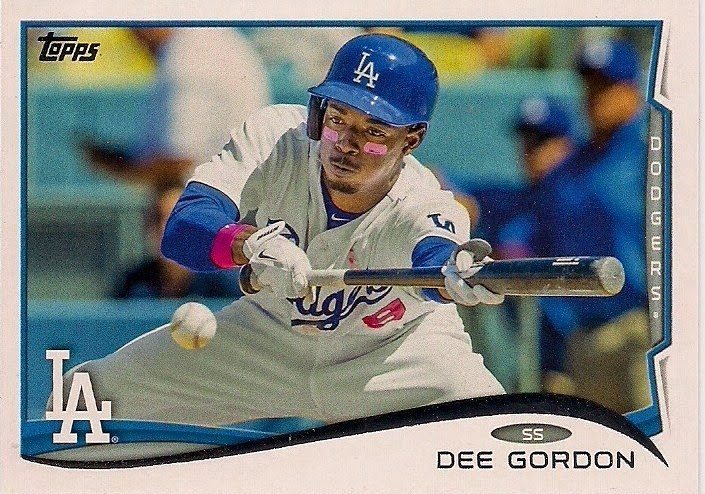 I need THREE MORE lousy base Dodgers to complete the flagship set! On Dec. 29th!!!!

I'm not even mentioning that there are still five Dodgers Update cards that I need.

I know some of you are saying, "duh, dude just go out and grab a team set online."

But that doesn't allow me to conduct my very unscientific method on the popularity of sets.

I receive the majority of my team set needs by purchasing cards at stores and by receiving them in the mail from bloggers.

Normally, base set needs from Topps flagship are finished off at some point in the early-to-mid summer. It varies from year-to-year, but that's about average.

So what's it say that I still need three cards from Series 2 to finish the Dodger team set?

It says a few things, I think:

1. I haven't bought nearly as much flagship as I did in 2013 or most of the years since 2006.
2. I've been a lot more lax on through-the-mail trades this year than in past years.
3. I don't think the people who are blogging or trading with me are ripping as much current product as they once were.
4. I think this year's base set was not very popular.

I know for sure No. 1 and No. 2 are true because I know meself better than anyone. I've got to believe No. 3 and No. 4 are true, too. I can see still needing an SP A&G Puig at this point in the calendar, but usually people are throwing base Dodgers at me at such a rate that I'm dealing with eight cards each of a Series 2 Dodger.

But just the other day I had to pull my own first Juan Uribe Series 2 card. On Dec. 21st.

That has to mean something.

Maybe it means all of the above AND the fact that card blogging is dying.

Maybe that's what I take from this.

shoeboxlegends said…
Hate to be the bearer of bad news but I think you still need an Alex Guerrero card for your Stadium Club team set. Based on the scan that appears to be a parallel (rainbow, maybe?). You can tell by the black behind the player name. Stupid parallels!
December 29, 2014 at 9:13 PM

Fuji said…
I noticed that there were a lot of Dodgers when I was building my set... but didn't actually count them up. Thirteen is pretty insane... especially since I'm pretty sure the Padres only had one card in the set.

Zippy Zappy said…
So does this mean that if I sent you a bunch of Sega Card Gen Dodgers you'd classify it as popular in the blogosphere?
December 30, 2014 at 4:03 AM

BobWalkthePlank said…
I think sets like Stadium Club and Finest have been discounted so much some people justify spending a little more to bust those rather than a box of Update.
December 30, 2014 at 8:13 AM

Stack22 said…
I bought way less Topps than in previous years. I'm tired of it looking the same every year (and no gum yet again!).

Roy-Z said…
I have switched to buying singles off of ebay and comc. I just cannot justify buying packs anymore. It's a scam.
December 30, 2014 at 1:52 PM

night owl said…
Stadium Club parallels are really pointless to me so I still consider it complete. Unless it's a different picture of Guerrero I'm not going to sweat it.
December 30, 2014 at 5:21 PM