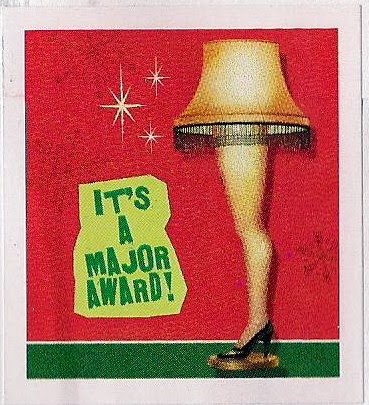 All right, it's pretty obvious that while I'm dedicating myself to this blog, you're all goofing off -- buying presents, making travel plans, arranging for company, purchasing groceries, going caroling, giving out turkeys, working at soup kitchens.

Not many people have time to read this thing at this time of year, but I know that you're all thinking about me. While I type away in a dark corner of my basement, I continue to receive Christmas greetings from you very busy, efficient people.

Let's see what Santa has brought to the Night Owl nest, eh?

"Merry Christmas and all that Jazz," says jacobmrley from Starting Nine. This is an excellent holiday sign-off. There isn't enough jazz during Christmas. Every year, it's Burl Ives, Bobby Helms and horrible, horrible things sung by Celine Dion, but where are the Christmas jazz specials? I need some quartets and quintets with my winter lager.

The jazzy wishes came with some jazzy cards, like these from one of my favorite sets from 2014.

Finest may have come out a couple of months ago, but already two of the players featured here compete for other teams. Who can keep up? 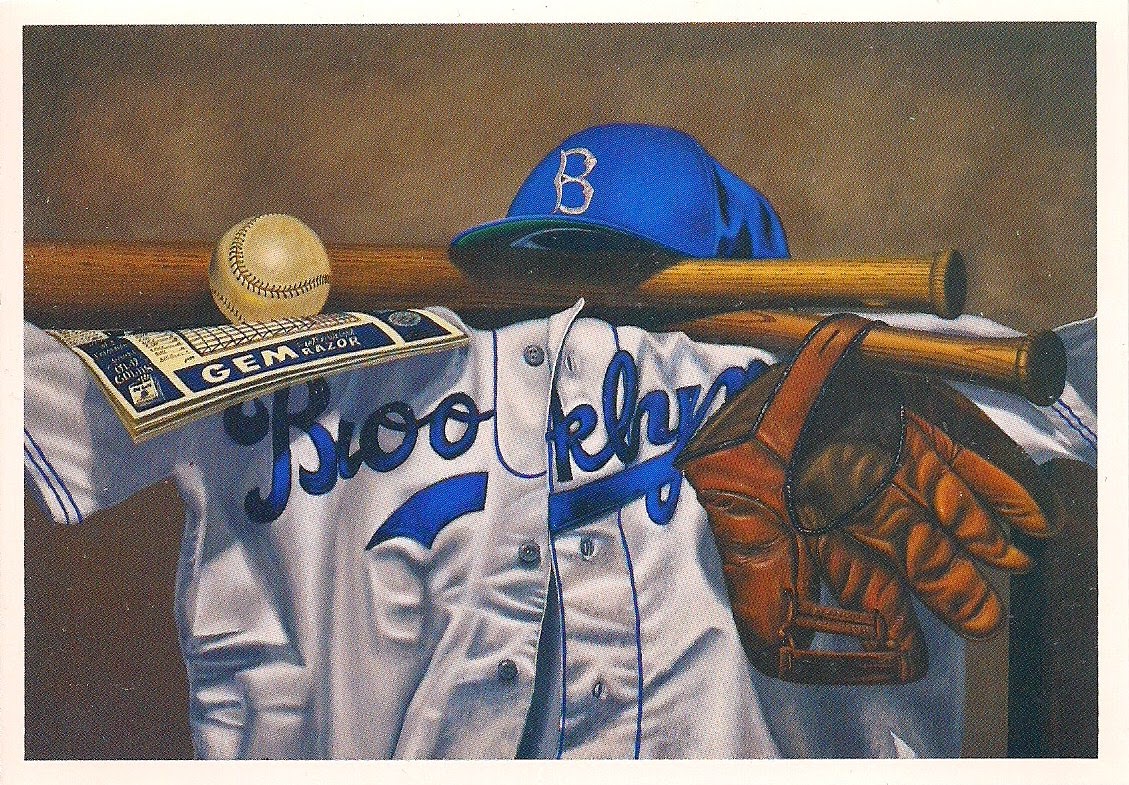 I also received this postcard-sized item, which pays tribute to a lithograph depicting a 1945 Brooklyn Dodgers uniform. You uniform junkies will know that this is the last year that "Brooklyn" was shown on the front of the Dodgers' road uniforms.

I only know it because I read the back of the card.

Another round of holiday wishes arrived from The Lost Collector. I know he's being run ragged by tiny people these days so I don't know how he has time to send a Christmas gift. I'm impressed and grateful. 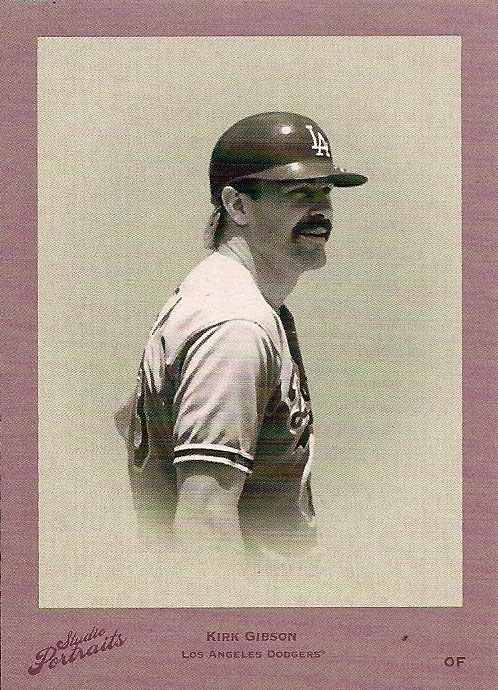 Numbered to 35, I'm assuming these Studio Portraits from Donruss were pretty difficult pulls about 10 years ago. But in keeping with Donruss' rather odd view of what looks good (only Panini surpasses it in that weirdness factor), it chose to make the borders on these exclusive cards lavender.

That's right, lavender. The color of flowers and 98 percent of everything in Bath & Body Works. Lavender is a color for girls who think purple hair is a good idea, not baseball.

But, hell, put Gibby on a card and make it 4/35 and I will hug it all day. Smells like cardboard though, not flowers.

Yes, siree, this one came with a Christmas card from A Cracked Bat.

I'm proud to say that I was the first blogger to make a trade with ACB's blog writer, Julie. That's notable because my ability to trade has been severely hampered just about all year. Will things improve in 2015? I doubt it. I'm shooting for 2016. 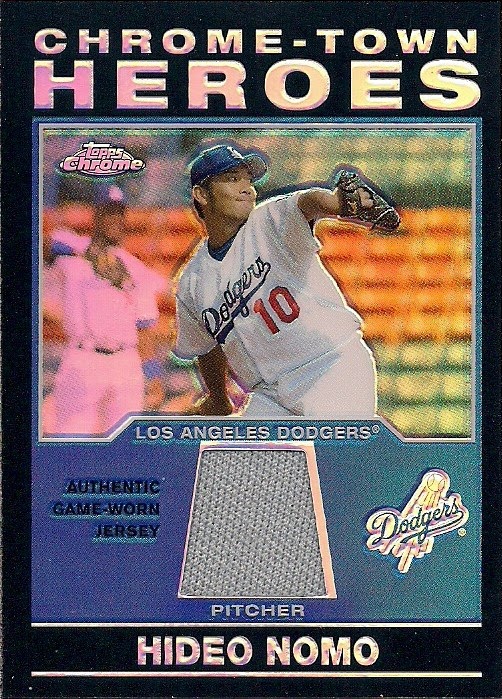 I recently bumped up the size of my blog as it seems to be the way of the internet to treat every viewer as they're 80 years old and large-print the heck out of everything. But it came in pretty handy just now.

What a great card. It's black-bordered, it's chromed-up, it has a ridiculously forced name like "Chrome-town," and it's Hideo Nomo. We love Nomo here in the most platonic way possible.

Also, I think there's a Fred McGriff sighting in the background. 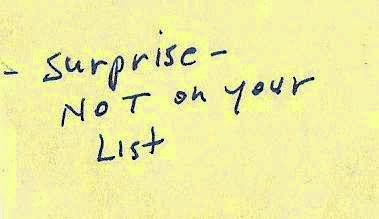 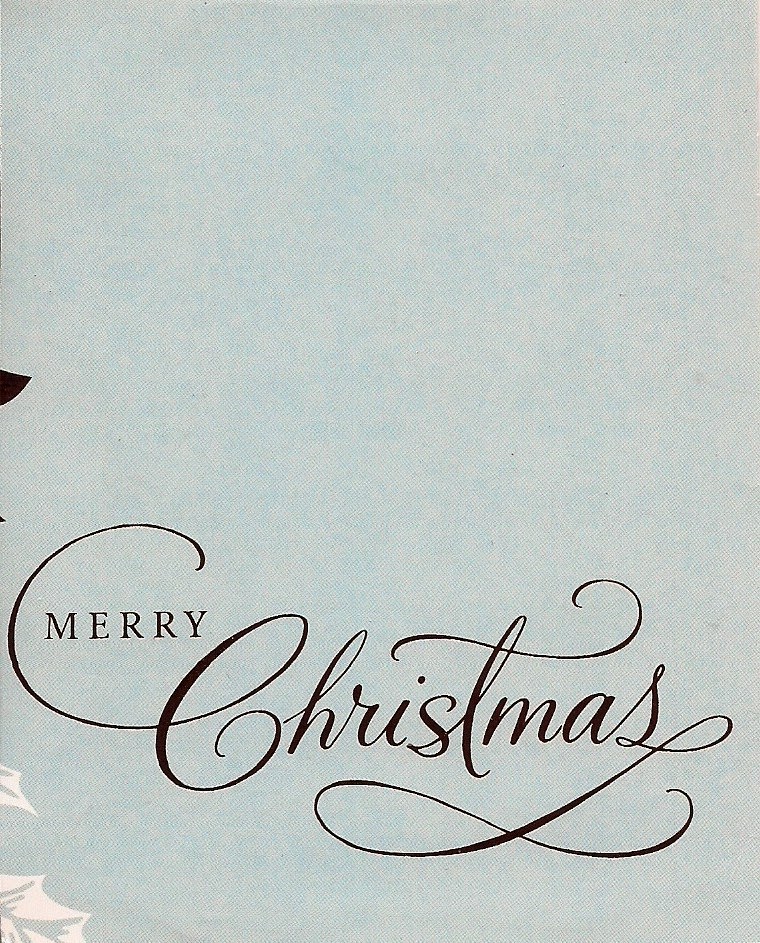 What I have here is a half-card from Gavin at A Baseball Card Breakdown. There was once another half to this card. This is an excellent use of past Christmas cards. You people think of everything. I'm going to start doing this.

And here's the best part of the package: 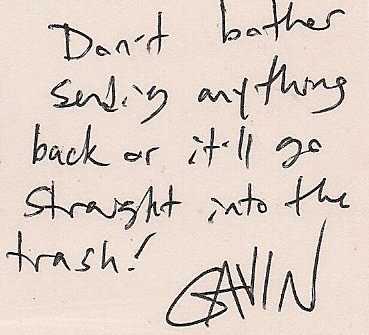 I don't have to do any shopping!

So let's see what was inside the card: 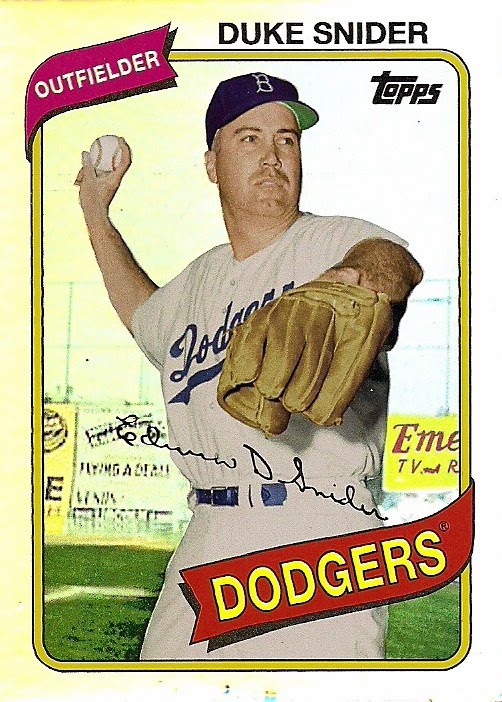 It's a foily Archives Snider, numbered to /99. 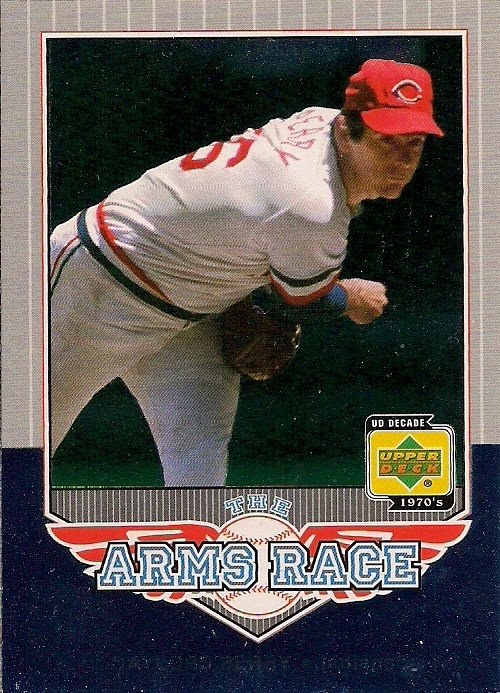 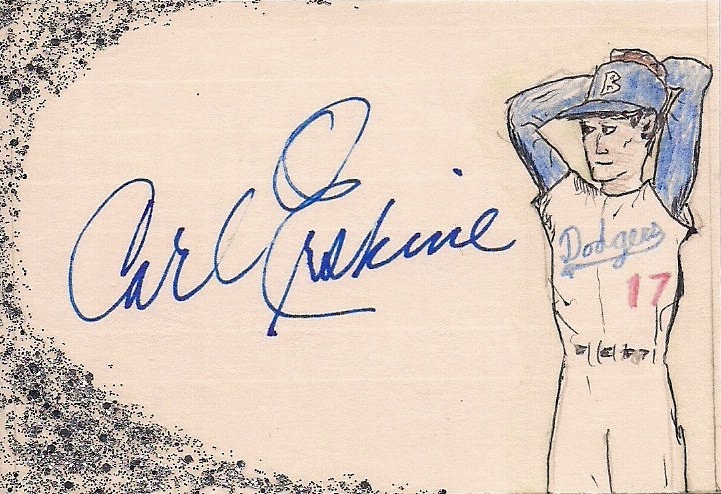 And this fantastic item.

This is the transformation of a rather pointless signed index card into a keepsake.

For someone like me, who doesn't get "an autograph for an autograph's sake" this is a treat. If you haven't read his post, what Gavin did was acquire some index-card signatures of famous athletes, and then draw on them, artify them (new word alert), and make them glow in the dark. 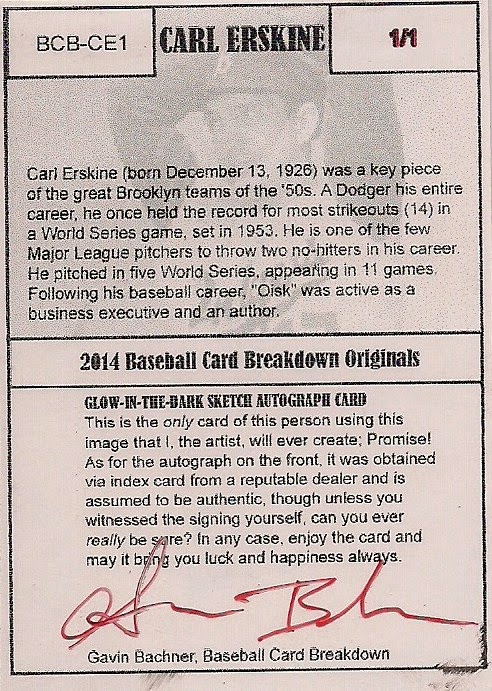 As you can see, it's a one-of-a-kind item. And although Gavin adds a qualifier that the autograph may or may not be authentic, I know it is because Mr. Erskine has signed for me before, and they match up.

I am staring at the unsent cards on my desk racked with guilt.

I won't get any cards out by Christmas and probably not even New Year's.

But some of you should have some cards by the time people celebrate Greek Orthodox Christmas.

The Junior Junkie said…
Whaaaa? That Erskine is multiple levels of great.