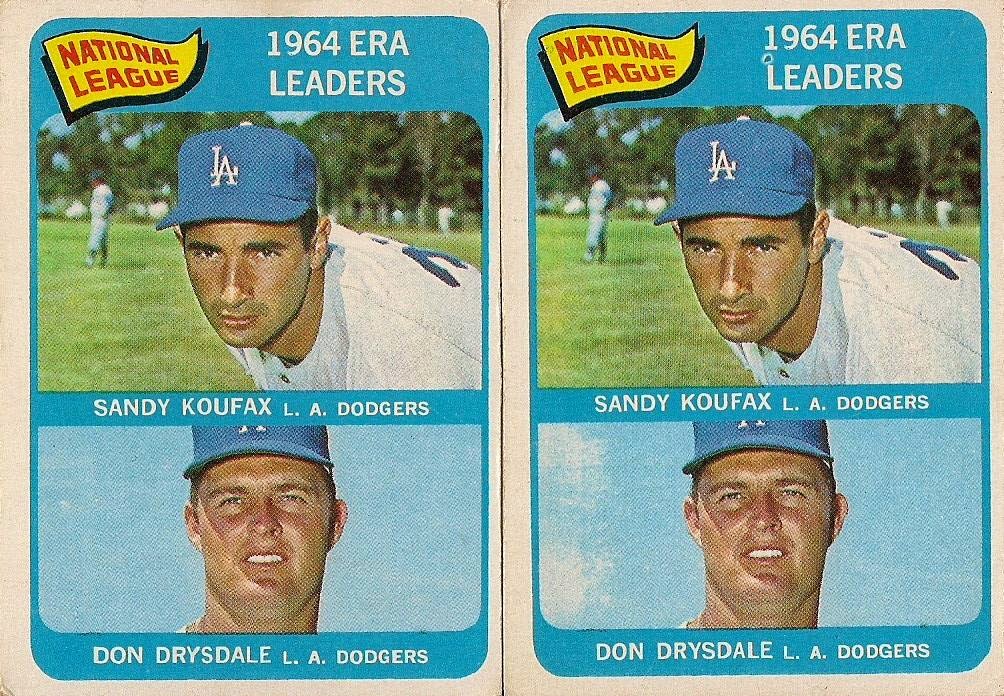 As someone who collects cards, it's difficult for me to think of dupes -- otherwise known as duplicates, doubles, the same exact thing -- as something desirable.

But in real life, a dupe isn't all bad. Twins, for example. Parents of twins love their dupes. And plates. I'm told it's a good thing when the dishes you set out for dinner all look the same. Socks are usually dupes, too, unless you're a teenage girl. A weekend is a dupe -- two straight days off. See? Dupes can be good.

As for cards, I still avoid dupes for the most part. As a set and team collector, I'm required to have a number of dupes just so I can complete both set and team missions. But other than that, the best I can do is tolerate dupes.

In my Dodgers binders, if it's a card from before 1978, then, yes, I'll allow a duplicate in the binder. Anything after than that has to be pretty special for me to include the same card back-to-back on a page.

The card you see above is an example of both exceptions to the dupe rule. First, it's from before 1978 so it goes in the binder. Second, it's a pretty special card -- one of the greatest Dodgers cards of all time, according to this list, which I need to update again.

So I will be adding it to the binder. The card on the left, which came from Dave, of "Dave sends great cards" fame, is actually an upgrade to the '64 ERA Leaders card on the right. I had pined for this card for a long time on the blog before finally getting a copy.

Now I have two, and nothing amuses me more right now. Two versions of the two Dodgers on the card!

The Koufax-Drysdale card came with another 1965 Topps leaders card: 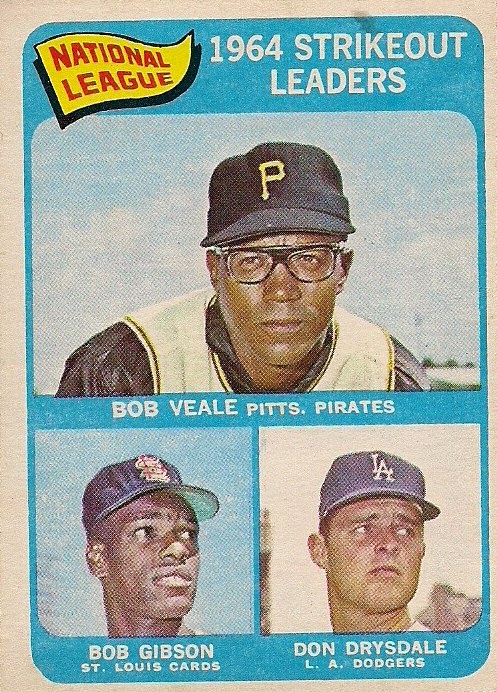 This is definitely not a dupe. This was a Nebulous 9 need and the last 1965 Topps Dodger-related card that I needed to complete the team set. In case you're wondering, Sandy Koufax finished fourth in 1964.

Dave sent me one other dupe, and it's kind of an unusual one: 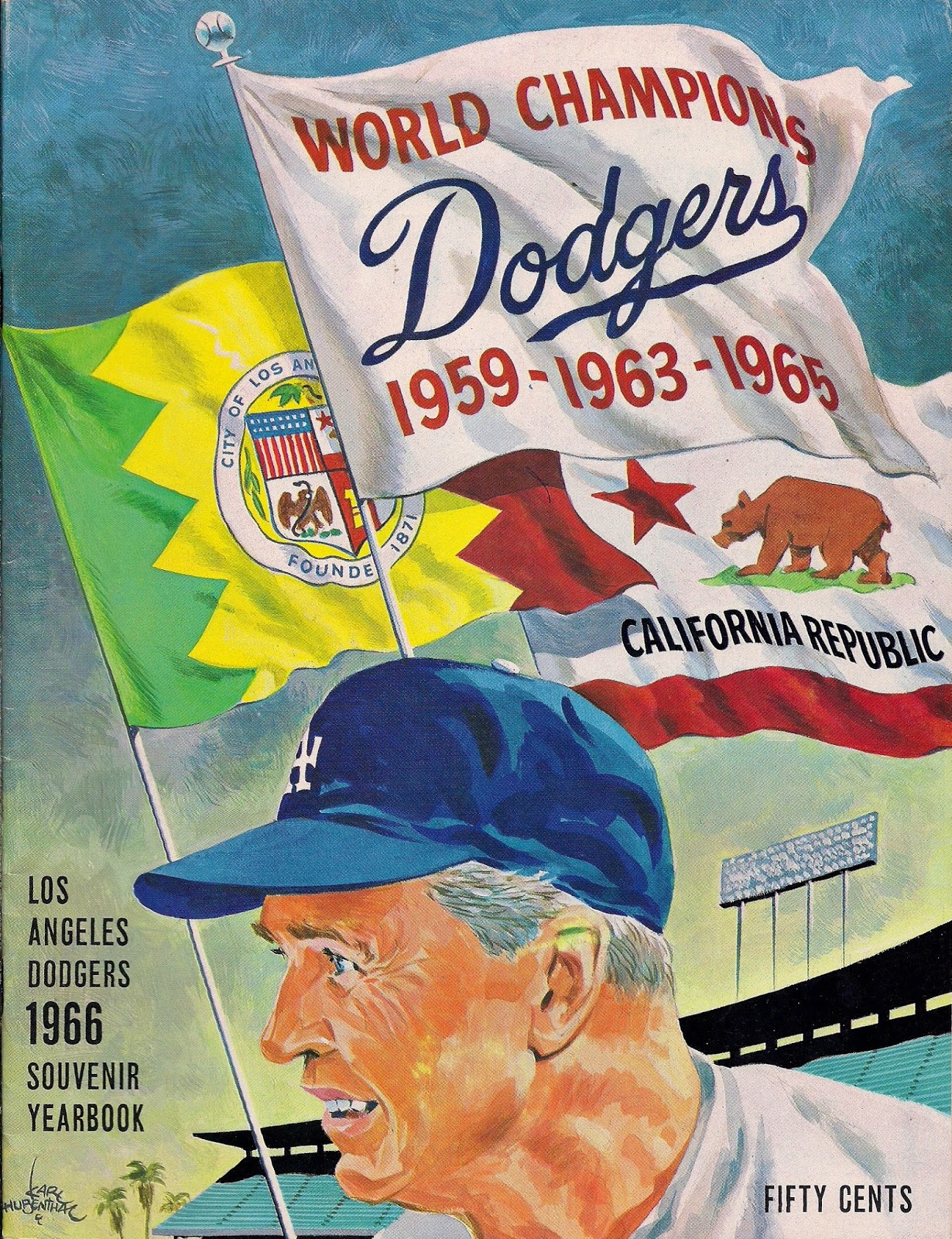 Yup. It's my first yearbook dupe.

I have just one Dodgers yearbook from the 1960s, and wouldn't you know it? It's this one.

I love this yearbook as it's the one that follows the Dodgers' World Series title in 1965. When I was in my "buying yearbooks" stage as a teenager, I focused mostly on the mid-1970s, but then on a whim decided to land this one too.

I don't expect this to get any results, but if someone has a Dodger yearbook from 1973 or earlier and it's in relatively decent shape, I'll trade one of my '66 yearbooks for it. It's in great shape, too.

I have three more cards here from Dave that aren't dupes, let's take a look at them: 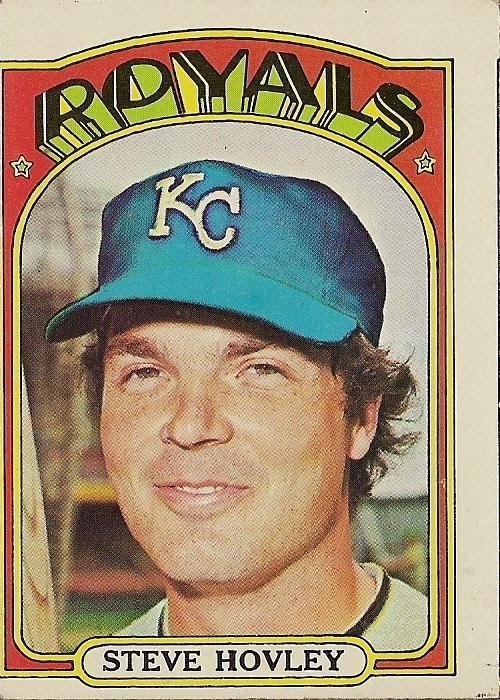 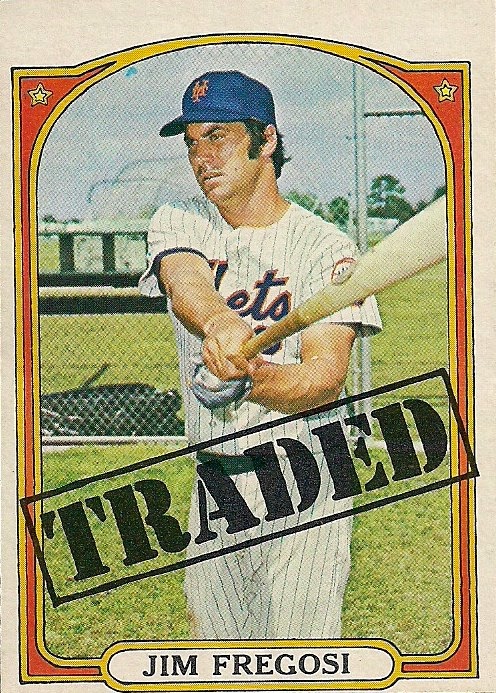 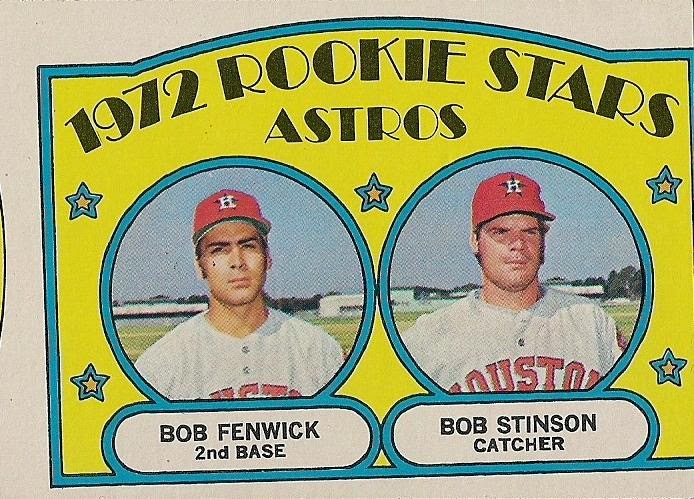 I could stare at the Astros Rookie Stars card all day. What a fantastic piece of '70s memorabilia that is. Can you imagine any card company taking up that much real estate for an Electric Company design today?

Also, if you look really closely at the Jim Fregosi card, somewhere around the tree in the distance, you can see Nolan Ryan cackling.

These three cards, of course, will be the first ones in my 1972 binder, because no one but no one has dupes of '72 high numbers. That would be rude. 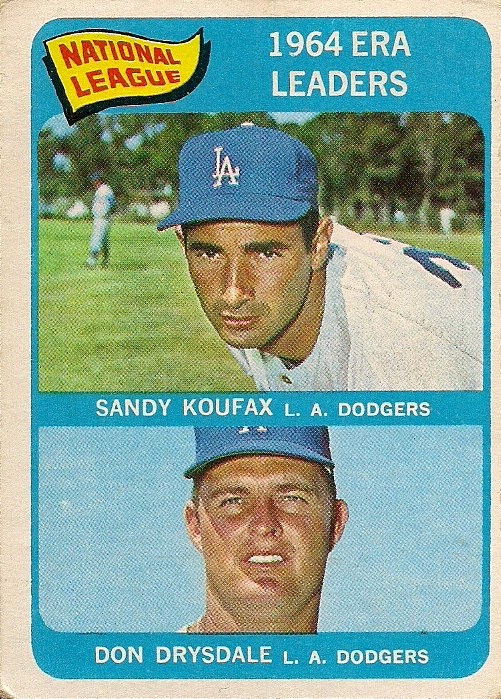 Speaking of which, now that I have two, maybe I'll start hoarding this card like that guy with the 1964 Curt Flood card.

Nah, that'd be kind of jerky.

JediJeff said…
Look real close at the Astros card. Is it me, or do the building in the background line up almost perfectly? As if these two were standing side by side and two different photographers snapped the pictures.
December 17, 2014 at 8:26 PM

Zippy Zappy said…
The Star Wars geek in me doesn't allow me to call extras "dupes," I call them clones. And my vain attempt at trying to figure out what's a clone and what's not a clone is referred to as the Clone Wars.
December 17, 2014 at 8:26 PM

BobWalkthePlank said…
I've been advocating for a while that they bring back the TRADED cards.
December 18, 2014 at 8:21 AM