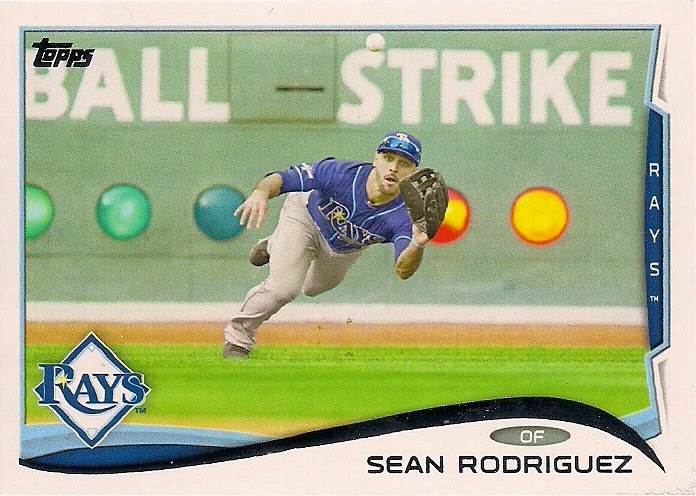 Every year on this day -- the day after Christmas -- I write a post about what cards I didn't get.

I'm sick of writing those.

So instead I'll address another post-holiday card activity, which is filing away the year's cards.

I do this every year. From the beginning of the card season, usually in late January, until December, I stack the year's cards on a desk in the card room. Each set -- Topps flagship, Heritage, Chrome, A&G, Opening Day, Bowman, etc. -- receives its own stack. Whatever I decided to buy from that year is out in the open for all the world to see, provided they enter the card room.

As the seasons change to spring, summer and fall, each of the stacks grow and more are added. Some years there are lots of stacks and they get so high that I have to split them up. In 2009 I had cards all over the place. In 2012 and this year, there wasn't much to notice.

This year, I've filed away all of the sets except A&G (which I'll keep out as I'll be building it for awhile), and Heritage. I'm in the middle of finishing off flagship and am still noticing cards since I pretty much wrote off this set in February.

The card above is one that was recently voted -- in a poll of myself and my brain -- as one of the year's best.

It's a sick scoreboard card and that's good to see because lately there haven't been many of those. I addressed in the last sick scoreboard post how few there were last year.

It's been Topps' habit lately of focusing on the player so intently that the background is rarely a thought. Sure, there are some horizontal photos that pay respect to background -- thank goodness for those -- but the vast majority of the pictures want you to see the pores on the players' faces.

I prefer background to seeing nose hairs because of this reason:

I want to be in a ballpark every second of the day.

This is why I love panoramic baseball shots or those Stadium Club pictures that feature half the stadium. I want to feel as if I'm in a ballpark.

Not only does this card make me feel as if I'm there, but it makes me feel as if I"m playing second base, turning around and hoping that Rodriguez catches the sinking liner that was hit with two balls and two strikes because then we can all go out and pound some Budweisers.

We see enough of the scoreboard and the green grass and the warning track that it's no longer just about the player, but about the game.

I collect the game, not just the players. (This is one of the reasons why I don't player-collect).

It'd be nice if we could see fewer bulging veins and more backgrounds on the cards in flagship. I can appreciate that the players are making the effort, but really, just take me out to the ballgame.

This card receives a full three out of a possible four disembodied hand-claps because it does just that.

JediJeff said…
Please stop using "sick" as an adjective to describe how nice or amazing something is.
December 26, 2014 at 9:14 PM

night owl said…
Perhaps you weren't here for the beginning, the reference to "sick" is sarcastic.

shoeboxlegends said…
Great card, I wholeheartedly agree with you about focusing on the ballparks!
December 27, 2014 at 7:48 AM