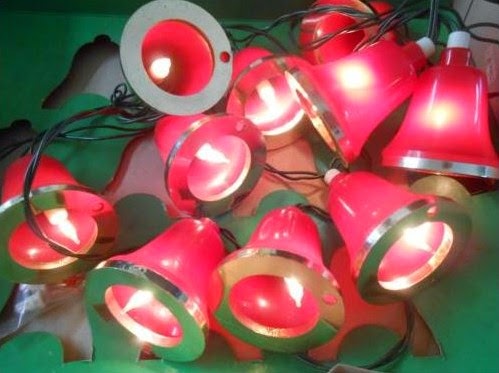 When someone decides to blog about sports, they first must promise that they will write a post about their all-time team. It can be the "all-time best" at each position, even if that's rather pedestrian. Or it can be something less obvious.

I prefer the latter. And I've already composed the All-Greg team, the All-Fish team and the All-Beer team.

But it's Christmastime and any team on this festive day should be Christmas-related.

So, how do you combine baseball with Christmas? They don't go together very well. Opposite seasons, you know.

I thought about finding players' last names that evoke Christmas images. You know, Rob Deer and J.T. Snow and Jon Garland and Tim Mistletoe (he's a prospect you've never heard of). But that's probably been done before, possibly multiple times over the years.

As I thought about it some more, I started to hear bells in the distance. Sleigh bells. Or maybe it was silver bells. That grew into a carol of the bells when I suddenly exclaimed with no one in sight: "Bells! Of course! The most Christmas-y word of all is everywhere in baseball! I could make a team of players consisting of the last name of 'Bell'"!

Or could I? That would be the challenge. I knew there were a lot of players with the last name Bell over the years, including one of the first families of baseball -- Gus, Buddy and Dave -- but I didn't know if there was one for every position.

Let's find out. Jingle bells if you must: 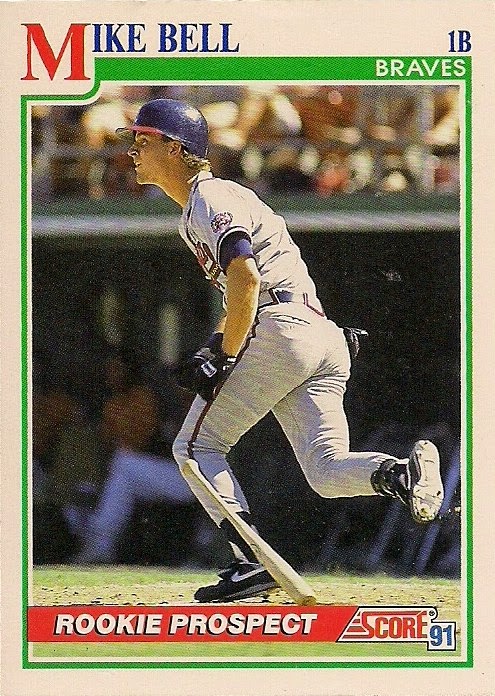 1B: Mike Bell. The team gets off to a weak infield pop-up start with Braves prospect Mike Bell manning the first corner. Bell played just 53 games for Atlanta in 1990 and 1991. Then the Braves acquired Sid Bream and then Fred McGriff and what was the point of going on? 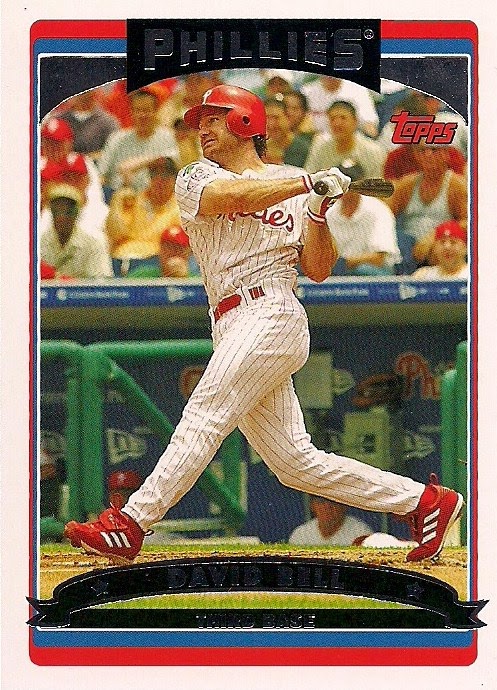 2B: David Bell. I know the card says "third base" (trust me, it says "third base"), but Bell played during the period when I didn't collect so all of his second base cards avoided my collection. Picture him turning two. He did that, I swear. 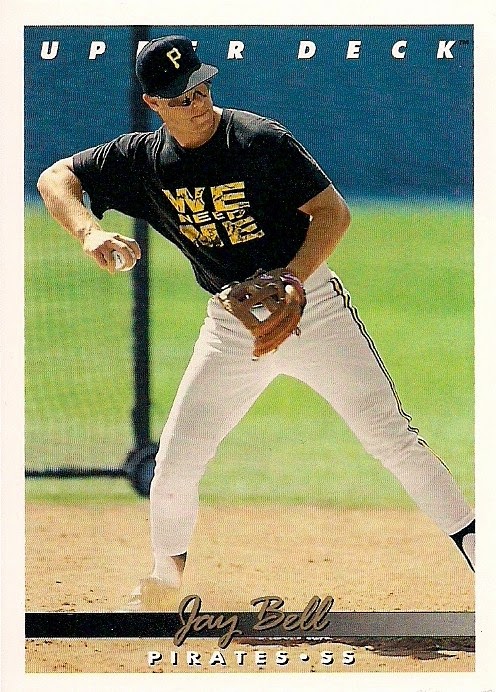 SS: Jay Bell. A key component of the early 1990s Pirates teams, yet I remember him as a putrid Diamondback. "We Need Me"? Yes, we certainly need you for this team, Jay. Welcome! 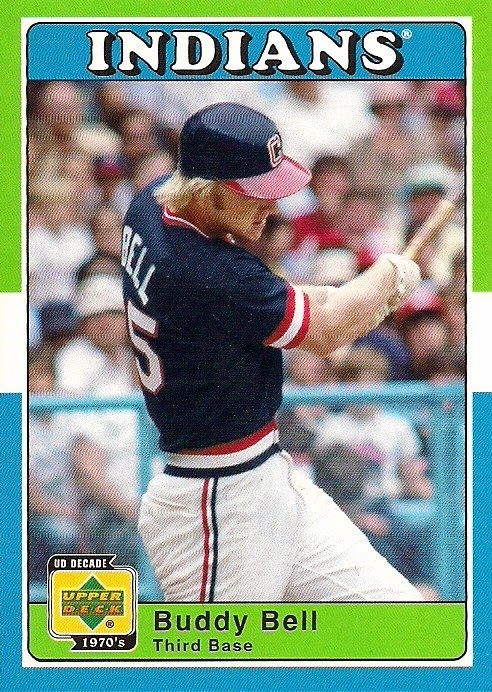 3B: Buddy Bell. The first "Bell" I think of when I think of baseball-playing Bells, and I think of them every time an angel gets its wings. Buddy Bell is the first Bell I knew. I can picture pulling this card on a summer day when we were on vacation. I thought he looked girlish. 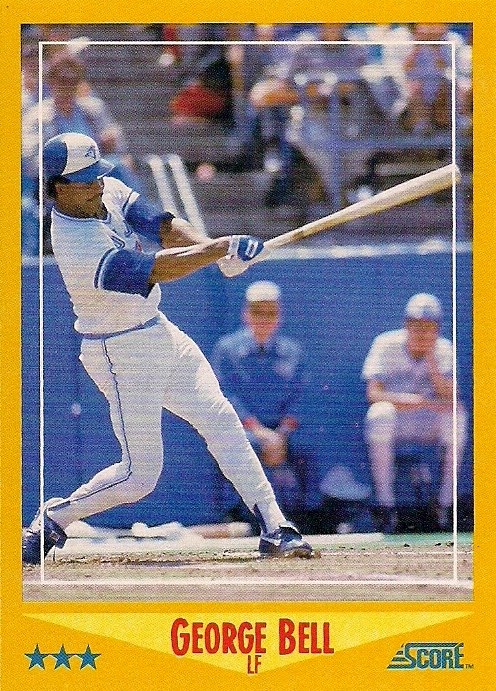 LF: George Bell. Or Jorge Bell if you're a pre-1987 card collector. This picture illustrates his free-swinging ways perfectly. He was there to hit. Walking? Fielding? Those are for people who can't hit. 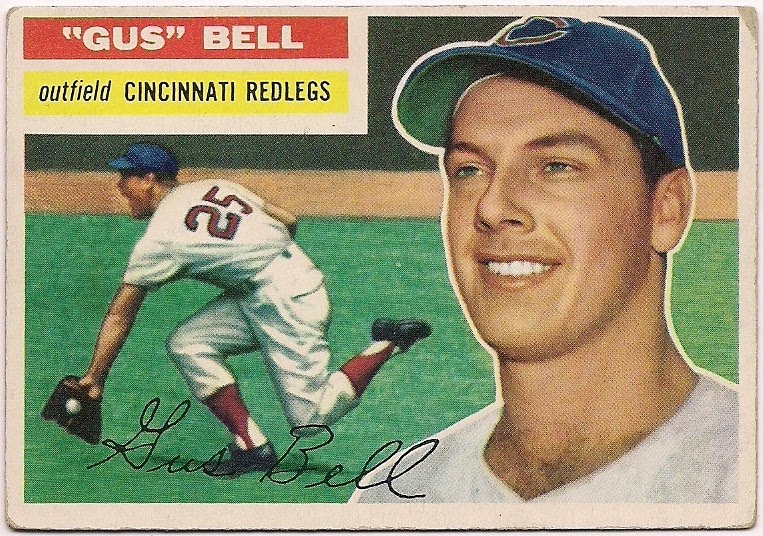 CF: Gus Bell. The start of the Bell dynasty. Gus was the first Red to drive in more than 100 runs in a season. Terrific card. 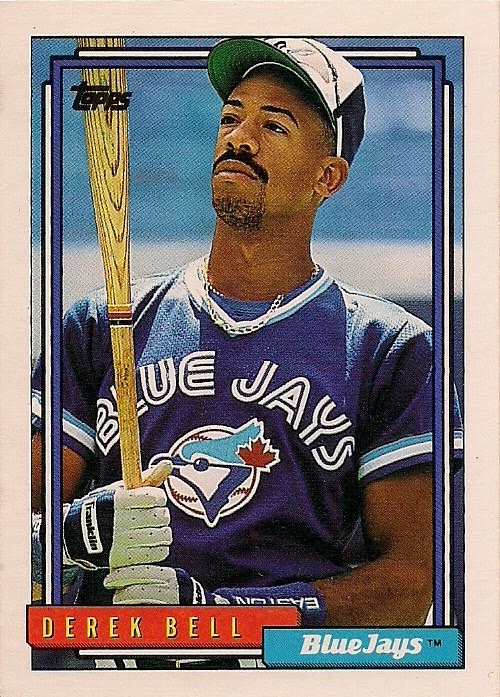 RF: Derek Bell. When Derek was good he was a Killer B. When he was bad, he simply shut it down. I think this Bell team might have some attitude problems. 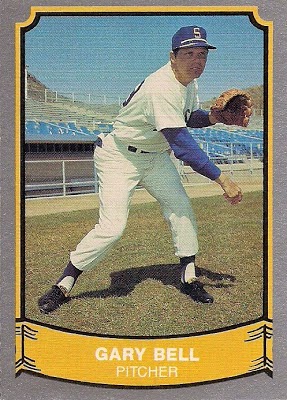 RHP: Gary Bell. Better known as "Ding Dong" to readers of "Ball Four," Bell was both a starter and a reliever. I'm starting him because the list of pitching Bells is not strong. But we'll be OK. All he has to do is "smoke 'em inside." 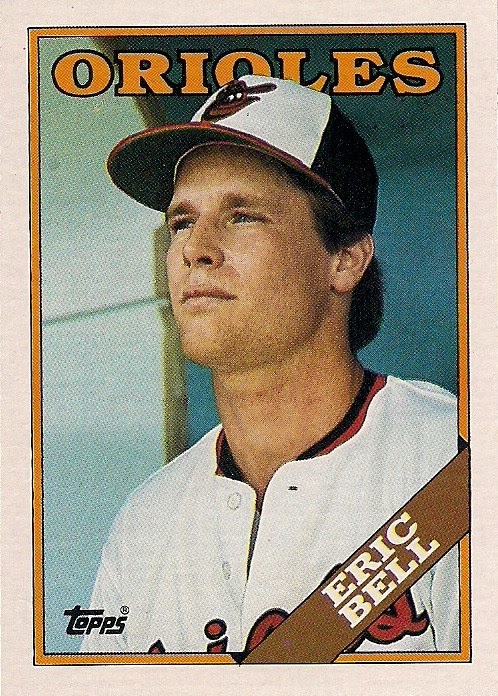 LHP: Eric Bell. I take that back. Our Bell pitching staff is in trouble. Eric enjoyed one full season as a starter for the Orioles in 1987, mostly because they were terrible in 1987. But he did manage a team-high 10 wins (with a staggering 5.45 ERA). 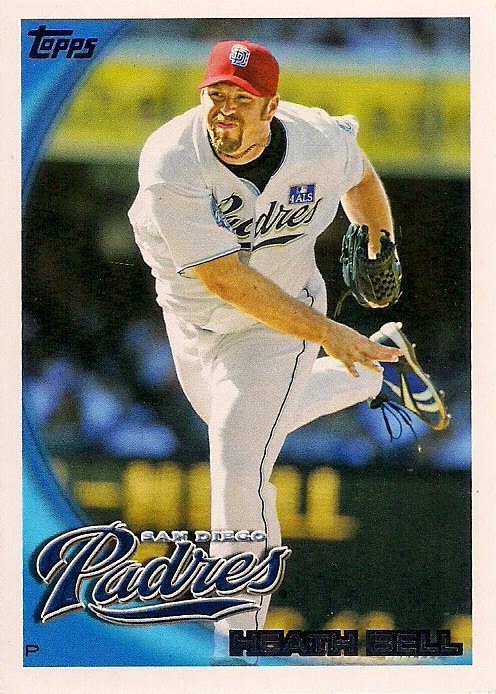 RP: Heath Bell. Yeah, this team is getting torched. Heater enjoyed three really good years for the Padres and then was Twitter fodder after that.

OK, by now you're wondering what happened to the catcher.

This is where the team -- and this post -- almost fell apart. Very few catching Bells have played major league baseball. In fact, I could find only one. Terry Bell played a mere nine games for the Royals and Braves in the late 1980s. He has a couple of minor league cards but that's it.

But who's to say our Bells have to be English?

This is a worldwide holiday.

Introducing the catcher for the All-Christmas Bell team: 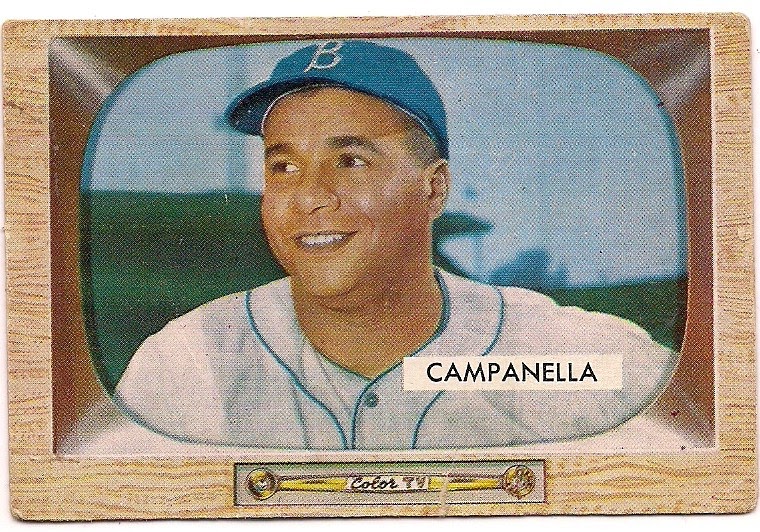 C: Roy Campanella. "Campanella" means "little bell" in Italian. Thank goodness, because this team is going to have to outhit its pitching every night.

So I'm adding a secret weapon: 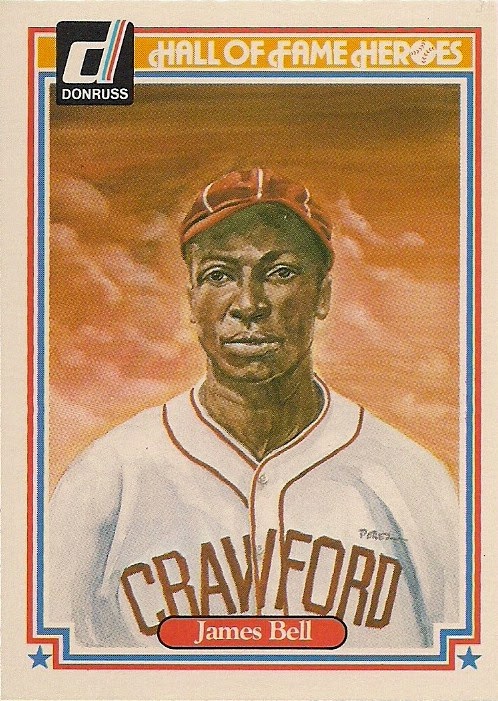 OF/IF/PR: James "Cool Papa" Bell. Cool Papa awed everyone with his speed, skill and the ability to turn out the lights and be under the covers before the room got dark -- which comes in very handy when you hear Santa coming down the chimney.

Thanks for indulging me on your Christmas Eve/Christmas Day. I hope it's a merry one.

Mine will be pretty good. The All-Bell team is in the books.