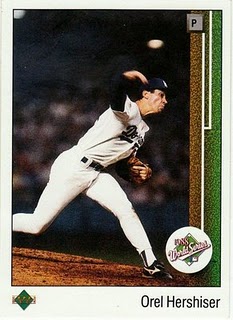 In two days, we will have reached the 22nd anniversary of Orel Hershiser's Game 7 shutout of the New York Mets in the National League Championship Series.

It was a significant part of the Postseason of Orel in 1988, which was enough to advance this 1989 Upper Deck night card into the next round of the Awesomest Night Card Tournament.

Here is the voting breakdown:

Trevor Hoffman is the lucky first night card to receive NO VOTES. That's what happens when you blow an All-Star Game win.

OK, time for Part 4 of the first round. Here are the candidates: 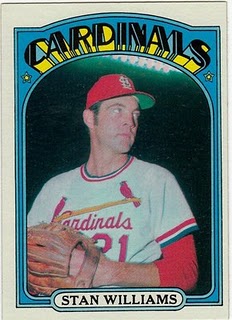 1972 Topps Stan Williams: I still believe that this could be the first night card as we know night cards to be now. The example from 1953 Topps is a painting. The Del Unser card from 1969 Topps appears to be dusk, not night, but I'm not completely sure. At any rate, this is possibly my favorite night card, and I'm happy to say I already have a duplicate of it to put in the night card binder. 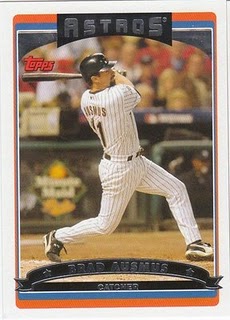 2006 Topps Brad Ausmus: Brad has officially retired, which means I expect him to land a manager job any minute now. 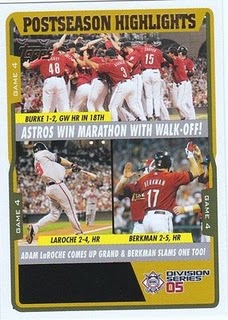 2005 Topps Updates & Highlights Postseason Highlights: This card commemorates the Astros' 18-inning victory over the Braves in the NLDS. It also may have set a record for the most players featured on one card that isn't a team card. 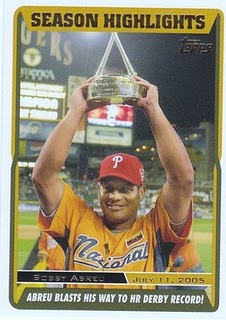 2005 Topps Updates & Highlights Bobby Abreu Season Highlights: The Home Run Derby is made for Chris Berman and vice versa. Time to end both of them. 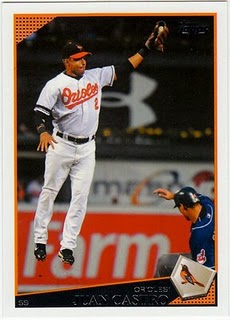 OK, it's time to vote. I think the choice is quite easy this time, but I'm not the one voting.

Wait until the next round. Lots of tough choices there.