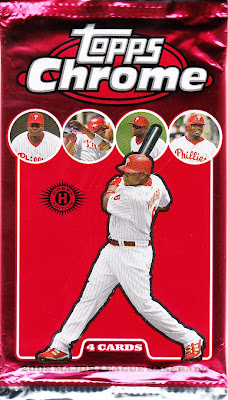 I suppose everyone is watching the game right now. I know that's what I'm doing.

So there's no point in me going through the effort of trying to disguise my pack break or trade post with some sort of convoluted, semi-clever theme. For the few who don't want to watch the game, I'll treat you with a super basic pack break, followed by a super basic trade package.

It's all I can manage, because right now I'm intently sending bad mojo vibes toward that guy wearing pajama pants on the mound. And that's a lot of work.

First, the pack break. It's a pack sent to me by Jeremy of No One's Going to Read This Blog. He also sent some cards, which you'll see later someday. 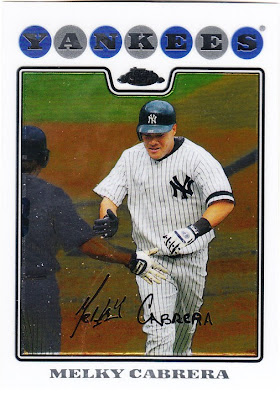 #58-Melky Cabrera: A guy I never hear about now that he is not a Yankee. Funny how that happens, huh? 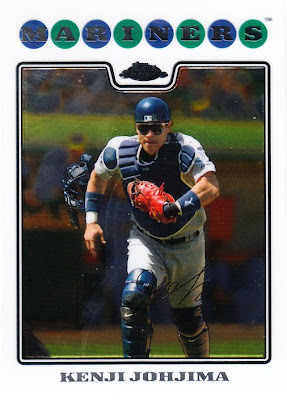 #102 - Kenji Johjima: Now that Johjima has left major league ball, I think we deserve a refund for all the Johjima cards we pulled in '08. 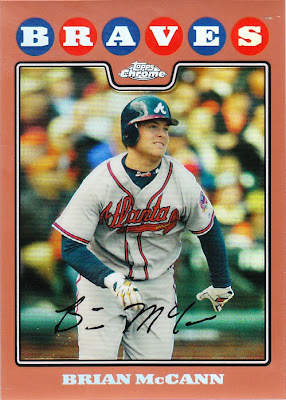 #78 - Brian McCann, copper: Ooooh, I've never pulled a copper parallel before. Somehow, I still like this guy, even though he's got his own blogger lobbyist group. He still can't get his team to win a playoff series though. 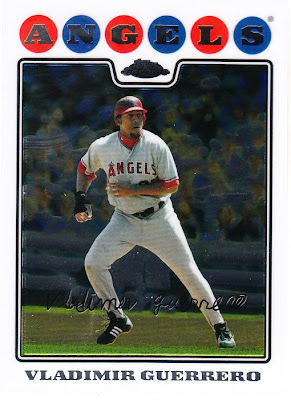 Thanks for the pack, Jeremy. Cool stuff and only one dupe!

On to the track package.

It's from good ol' Wicked Ortega from My Past Time ... I Love It! Right now Wicked is featuring all kinds of impressive trade bait. I'm telling you, if I had those kinds of cards in that kind of volume, I'd have all the cards I wanted and would have found another hobby by now.

Hopefully, I can scare up some cards for Wicked and nab me some trade bait.

In the meantime, here are some cards he sent: 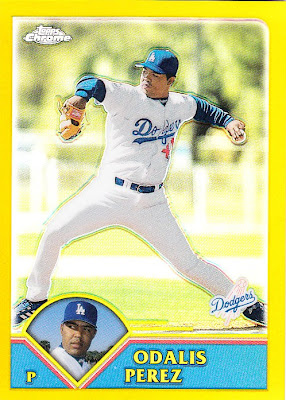 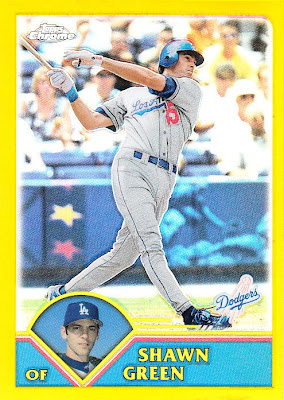 2003 Topps Chrome gold, Odalis Perez and Shawn Green. Aren't those snazzy? This was back when gold borders were still awesome. And Odalis could still pitch. 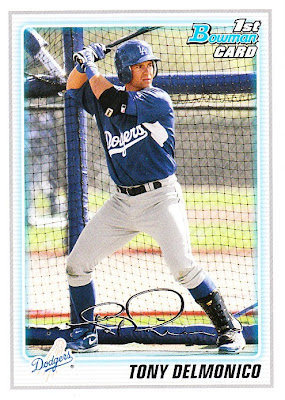 2010 Bowman Tony Delmonico: Has anyone seen Bowman in retail stores since early July? Anyone? Will this be the most coveted "vintage" set 20 years in the future? 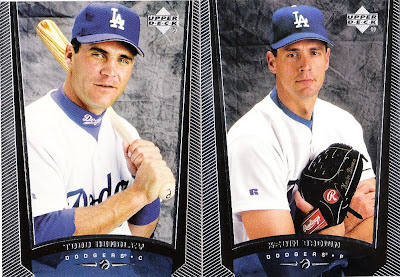 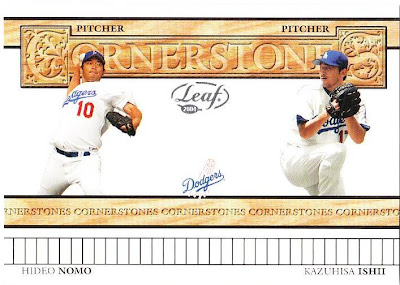 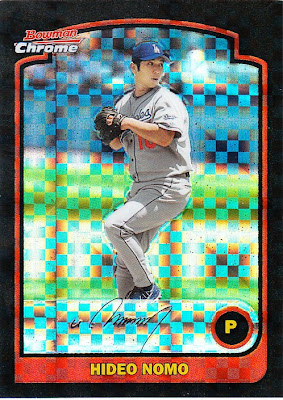 And I'll end it, as all great track packages should, with a couple of Hideo Nomo cards that I didn't have! Yay!
Many thanks to Wicked, as always.
OK, that's it. You better get back to the game. I hear the Rangers just put up a 5-spot in the 3rd inning.