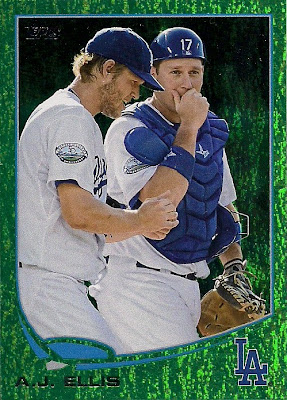 This list also doesn't include any "I trade with this person all the time so I guess it's time to send him some cards" packages. I can't wait for the day when I get to that point. Nope, all of the folks on the list have sent me something days, weeks, months ago and in my current "I can get 4 packages out a week" frame of mind, I am way behind.

Meanwhile, March is still tossing lit firecrackers at me as I juggle card packages while peddling a unicycle.

But I do have a way of preventing the "INCOMING" stack from spilling over and forming a giant pile of cardboard in the living room, the combustible materials intermingling too close to the heating vent until it ignites a spark, and burning down the house while I'm off frolicking (re: working).

Let's see some cards shall we?

But I won't call it a trade post. I will call it "pre-emptive bloggage." It sounds much more efficient. 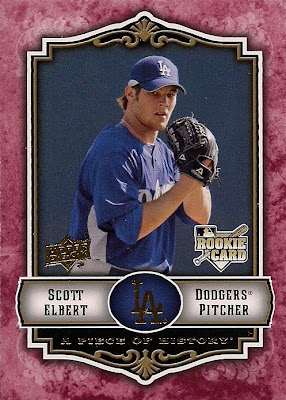 First a couple of cards from yet another Jaybarkerfan's Junk PWE bomb. This pinkish Piece of History parallel is of perennial "is he with the team or isn't he" relief pitcher Scott Elbert. 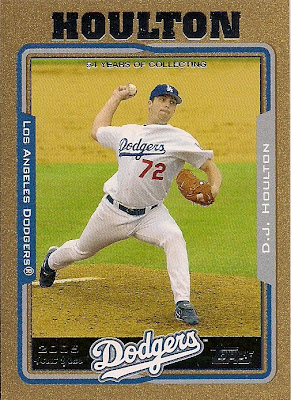 Here is another parallel of another Dodger almost-reliever. D.J. Houlton eventually gave up to play baseball in Japan. Or San Diego. Somewhere less exciting than the Dodgers anyway. 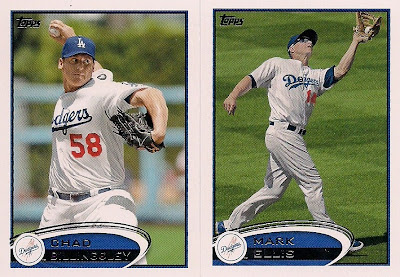 Moving on now to a Twitter trade with Robert. But we're still dealing in parallels. That's how they get the advanced collectors hooked you know.

These are two minis from last year's Topps. I'm really sick of looking at last year's design. The minis aren't too exciting either. But I need them. You understand. 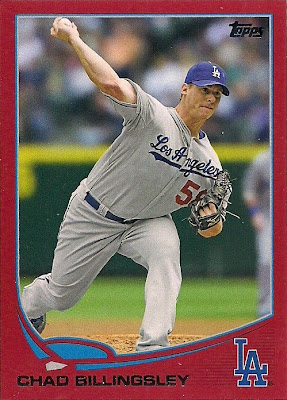 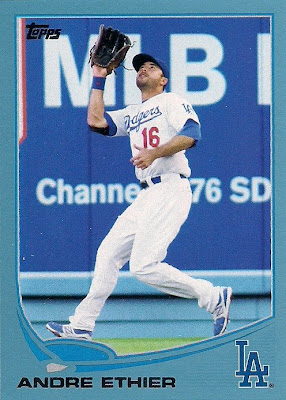 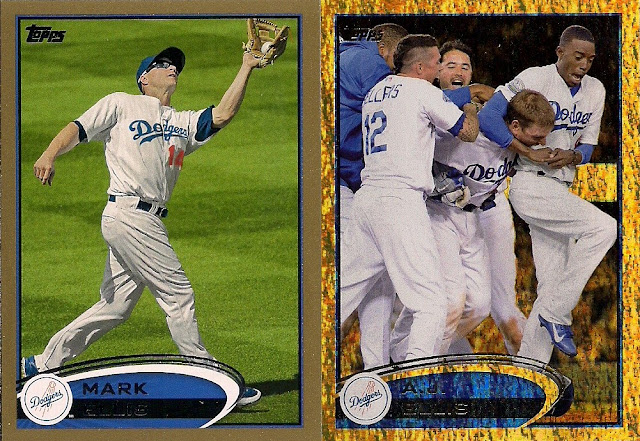 Two more parallels. Both of the gold variety. Of different varieties of Ellises. In both cases, I prefer the one on the right. 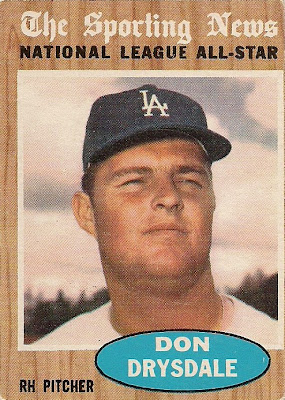 I just threw this card in there because you probably grew sick of the parallels.

I nabbed it cheaply off of ebay a week ago. 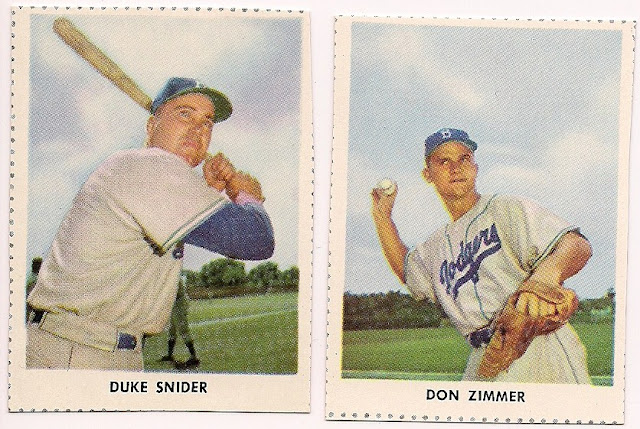 Here is something very random and cool that came from Steve at The Card Chop. These are stamps from a 1955 Dodgers Golden Press Stamp Book. Someone cut out the stamps stuck on the page and turned them into mini cards.

The book goes for a pretty penny, so I guess gimmicky cut-out stamps are the way to go. 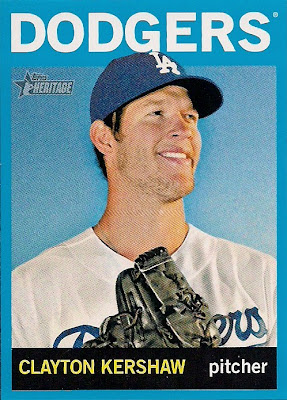 OK, back to modern-day gimmicks.

It seems that Jeff at 2 By 3 Heroes has become a Kershaw magnet. This is very good for me because I happen to collect Kershaw cards.

He recently sent me this terrific Walmart blue Heritage parallel of Clayton (I'm glad Topps got that fixed after saddling the Dodgers with the Target reds last year).

The PWE that Jeff is so fond of sending out also came with another Kershaw: 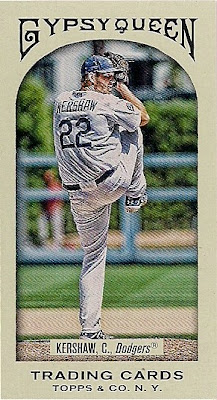 This is the SP parallel of the 2011 Gypsy Queen Kershaw mini. I had basically put this card out of my mind because there are certain cards that I can't have and it's best not to think of them.

But now I have it. (I just sent Jeff some cards, but I think I'll have to send some more). 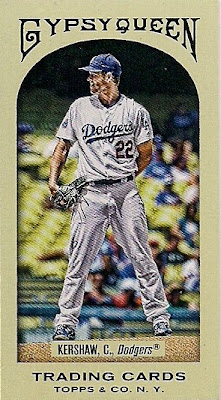 Pretty cool that I now have both.

So there you are, some pre-emptive bloggage action.

This helped only slightly.

It still doesn't put much of a dent in the incoming cards and it certainly doesn't help me get the outgoing cards out the door. But at least it shows that I'm trying to do something, right?

I promise that when this godforsaken month is finished, I'll try harder.

BASEBALL DAD said…
You are really talking about me aren't you!? lol

I'm trying desperately to catch up but it's one of those situations where the harder you work, the farther you seem to get behind.

gcrl said…
Well, I could offer an alternative destination for your readers to send dodger cards if you are too backed up. Or I could just wait for hand me downs.
March 28, 2013 at 9:47 PM