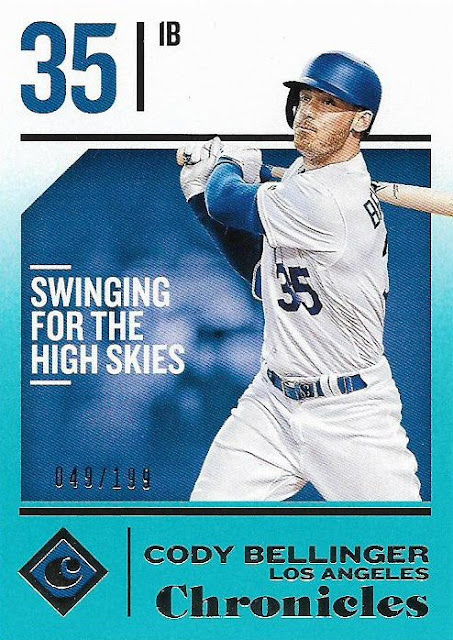 Once upon a time I was all about the postseason awards. I couldn't wait to see who won the MVP award or the Cy Young. I remember reading in the newspaper about Rod Carew winning the American League MVP in 1977 and George Foster winning the National League MVP. It was a big deal, a moment big in my brain.

But these days I've kind of lost touch with the baseball awards. I think it doesn't help that baseball has delayed them a full week from when they used to announce them. It also doesn't help when they announce "the top three candidates" ahead of time so you already know who the top three are. Kind of takes some of the suspense away.

But overall I think it's because I just don't care too much about present-day ballplayers. And awards are very individualistic. It's a vehicle for the hype machine and we have to hear again about how Mike Trout is the greatest baseball specimen who ever walked the earth.

However, I still have that little kid in me who read about the MVPs in the newspaper. I'm not one of those people who thinks awards are stupid and that we should do away with them. I think awards serve a purpose, and for people who aren't narcissists, it's nice to get validation from someone outside of yourself.

So, when Cody Bellinger won the NL MVP award yesterday, I was a bit happy about that, and not just because it gave me an excuse to show the above very weird but also very pretty 2018 Panini Chronicles card, sent to me by Sports Cards From The Dollar Store (more cards from him in a later post).

Bellinger happens to be the 10th Dodgers player to win the MVP award.

Yup, that's it. Just 10. Almost 90 years of announcing the Most Valuable Player -- in the modern era anyway -- and they're just hitting double-digits.

The Dodgers have actually won the MVP award 12 times. Roy Campanella won the honor three times in his career.

That places the Dodgers tied for third overall among total NL MVP awards. The Cardinals lead by far with 17 NL MVPs, followed by the Giants with 13. The Dodgers are tied with the Reds with 12.

I think this is why I didn't know where the Dodgers stood in MVP awards until I wrote this post. They don't rule the award like they do with the Cy Young Award or Rookie of the Year Award.

The Dodgers are easily the leaders in the ROY award with 18. They also are in control of the Cy Young Award with 11 overall. (It's interesting to see what teams don't care about pitching with these honors. The Reds, who have been around forever, have somehow never fielded a Cy Young Award winner).

I'll put the NL totals for all three awards at the end of this post just because maybe somebody besides me will find it interesting. But meanwhile, I'd like to recognize The Terrific 10, those Dodgers who have won the MVP award. 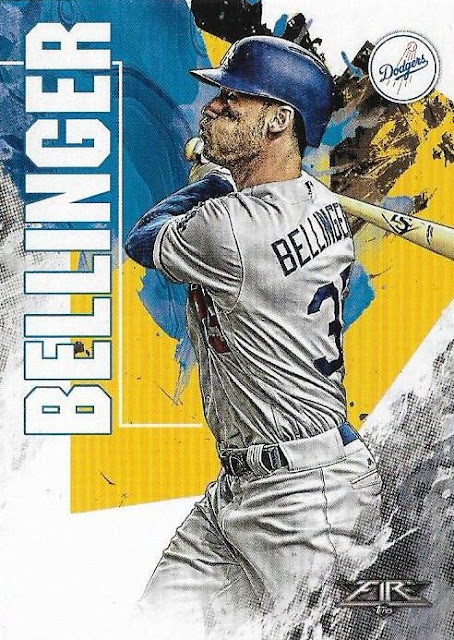 2019: Cody Bellinger beat out Christian Yelich and Anthony Rendon for the award. It's not full payback for Ryan Braun stealing the award from Matt Kemp in 2011, but yesterday's announcement did make me feel a little better about things.

Also, I'm listing the player who finished fourth in each vote because that person now gets shafted with this "Top 3" nonsense. Fourth place in 2019 NL MVP voting went to the Diamondbacks' Ketel Marte. 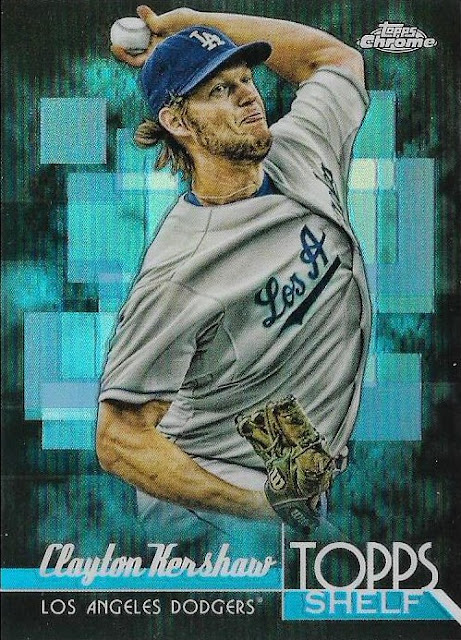 2014: Clayton Kershaw won over the Marlins' Giancarlo Stanton and the Pirates' Andrew McCutchen. Despite some people thinking pitchers shouldn't win the MVP, Dodgers pitchers have won their share. 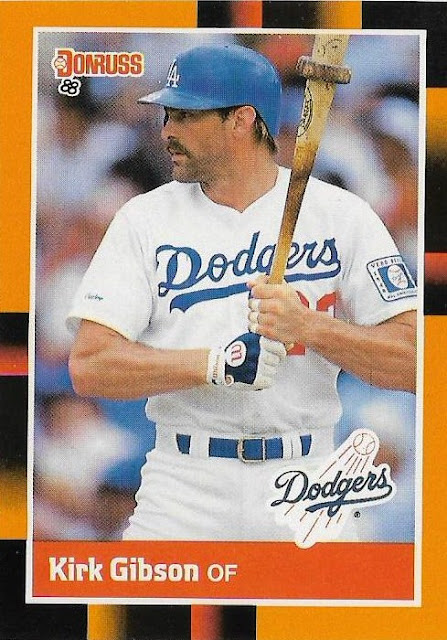 1988: Kirk Gibson won the NL MVP award over the Mets' Darryl Strawberry and Kevin McReynolds, which I think is hilarious because the Mets also lost to the Dodgers in the NLCS. DODGERS ARE CHAMPS ALL AROUND! 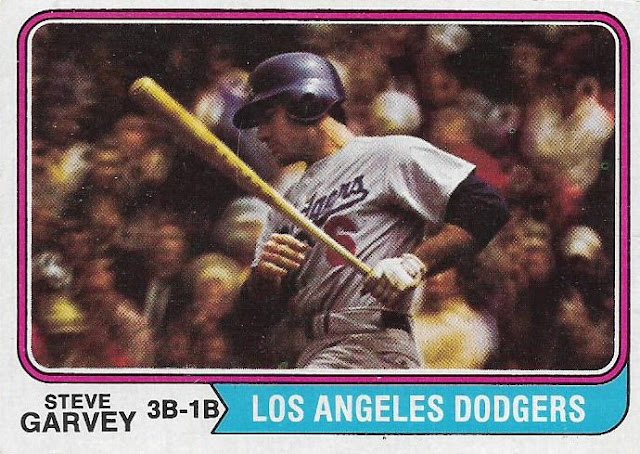 1974: Steve Garvey captured the MVP over Lou Brock and fellow Dodger Mike Marshall. The Dodgers' Jimmy Wynn finished fifth to give the team three players in the top five. 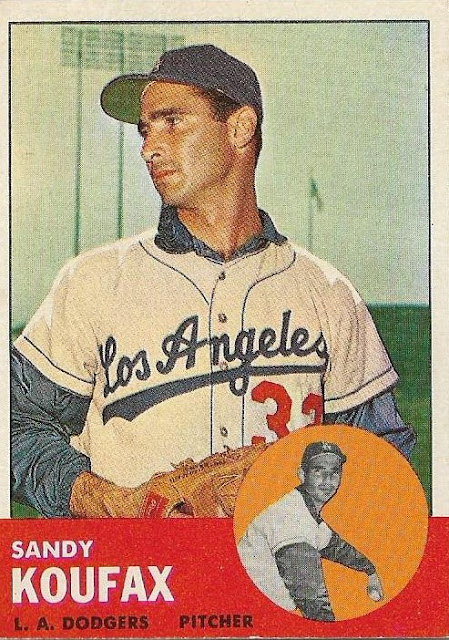 1963: Sandy Koufax's commanding '63 season gave him the MVP award over Dick Groat and Hank Aaron and the Dodgers back-to-back MVP awards for the second time in their history. 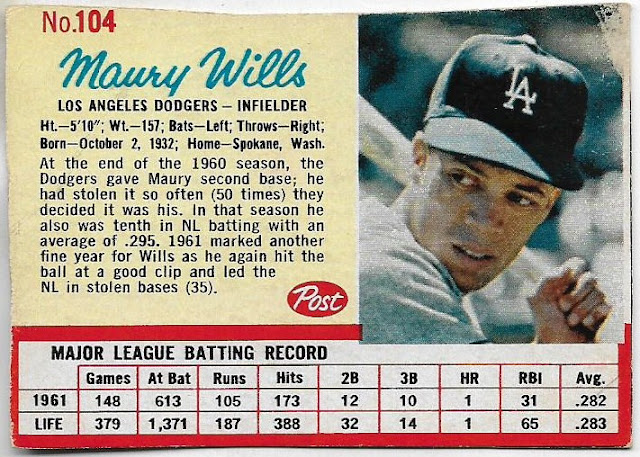 1962: Maury Wills captured the MVP award in an insanely close finish with Willie Mays as they were separated by just seven vote points. The Dodgers' Tommy Davis was third. 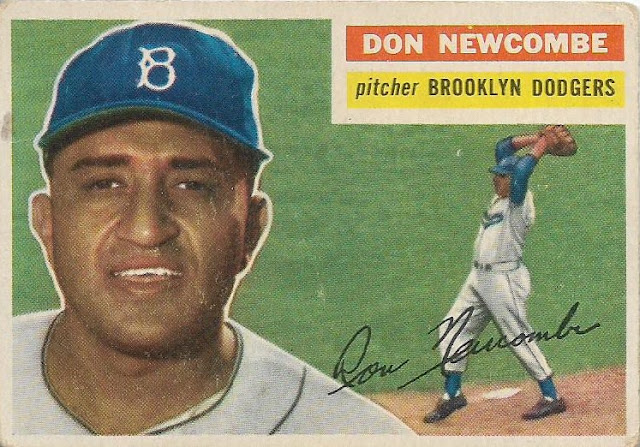 1956: In what's got to be the only time this has happened, Don Newcombe won the NL MVP over fellow Dodgers pitcher Sal Maglie. Two pitchers on the same team finishing 1-2 for the MVP award? Hank Aaron took third. 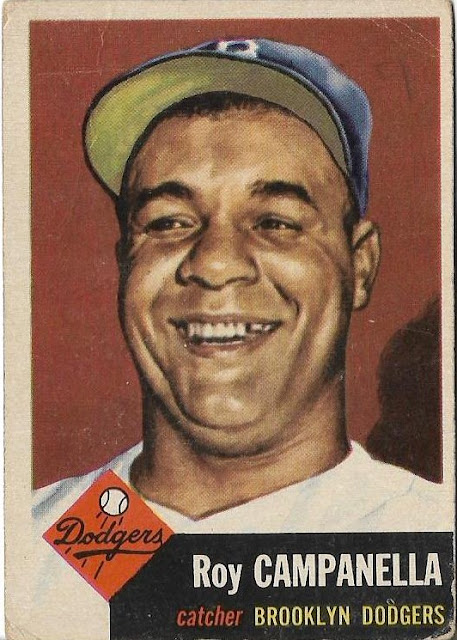 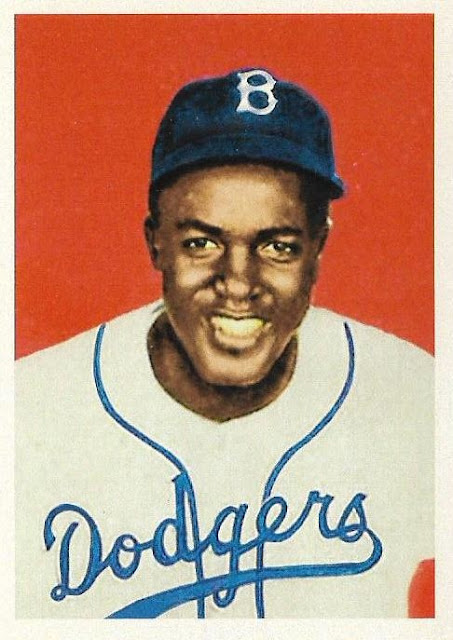 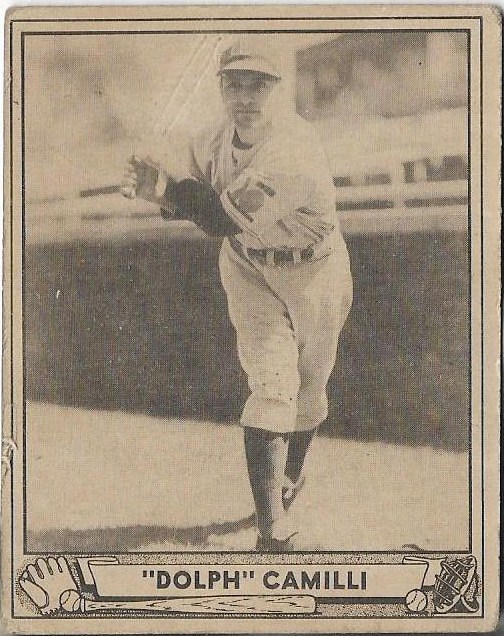 And that's your 10 Dodgers MVPs.

If you go back before the Baseball Writers Association got involved in selecting MVPs, you could add Dazzy Vance (1924) and Jake Daubert (1913) to the Dodgers totals. But there were a whole mess of years before 1931 in which no MVP was selected, which I'm sure makes the Anti-Award people happy.

So here's the team rundown for the three big NL awards over the years:

Rookie of the Year

Johnnys Trading Spot said…
Some of those numbers are surprising, but most are not. It would take at least ten years a full decade or better for some team (my team) to pass your Dodgers on the ROY, and even then they'd have to win 10 consecutive years. OUCH.
November 15, 2019 at 7:26 PM

Brett Alan said…
Actually, the Brewers have won 5 MVP awards, but you're right that they've won 2 *NL* MVP awards, which is what's being listed here.

As a Mets fan, I do enjoy the whining about how NO's team has "only" had 10 different MVP winners. But I guess having just taken the other two major player awards I can't really complain. B^)
November 15, 2019 at 7:59 PM

night owl said…
I'd like to say I'm keeping it at 1 to protest Braun's selection. Also, I'm not whining, I was just a little surprised that it wasn't more given how long they've been around.

Chris said…
I enjoyed this post. So many interesting facts I hadn't realized. (Campy has three MVPs? The Mets haven't had any?) Adding 4th place finishers was a nice touch. I agree with disavowing Braun's MVP award, and the Pedro comment by Section 36.

Also, I just posted a Reds' All-Time Team and I was shocked at how lousy their pitching history has been over 100+ years. They do have a lot of MVPs though - including a pre-war pitcher.
November 16, 2019 at 11:10 AM

Fuji said…
The Dodgers definitely dominate when it comes to NL Awards. But that doesn't surprise me. The Cardinals winning 17 MVP's does though. I'm off to see how many different players make up these 17. Gotta imagine Musial and Pujols make up a good portion of them.
November 16, 2019 at 11:33 PM

Jim from Downingtown said…
"...I just don't care too much about present day ballplayers..."

CinciCuse Bill said…
In relative modern times, the Reds have had three 2nd place CY finishers, only to have lost each time to a member of your Dodgers. J. Cueto lost out to Kershaw in 14, Danny Jackson had am AMAZING season in 88 only to loose to an even more AMAZING season by Hershiser, and Tom Terrific lost out to Fernandomania in 81. Enough already! :)
November 17, 2019 at 12:22 PM

bbcardz said…
Another awesome post featuring my Dodgers! I'm so happy that Belli won the MVP award and so disappointed that Hyun-Jin Ryu didn't win the Cy Young Award. If I was a betting man, I'd go all in on the Dodgers adding another ROY in 2020.
November 17, 2019 at 6:11 PM

Jason T. Carter said…
The Reds have never had a Cy Young winner but have been runners-up 5 times. Twice beat out by Dodgers if memory serves.