One star (or stripe) to go 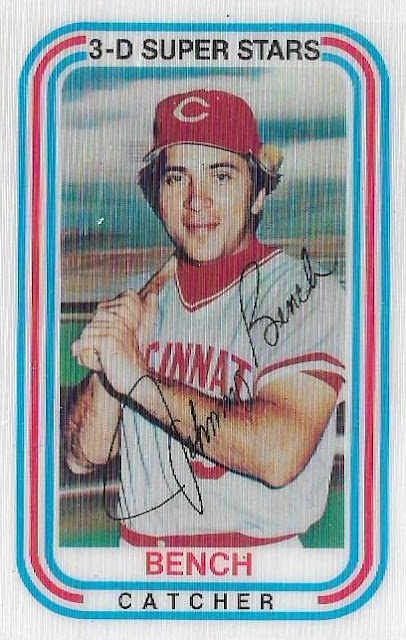 Both food-issue sets, issued during the Bicentennial, are among the most patriotic-looking collections ever made. Each card is like a mini flag.

The Kellogg's set is particularly ingenious because it features both stripes -- the border traveling around the card -- and stars. The word "stars" is at the top of every card and each of the player's shown is a star! God bless America.

I've chased after each set with enthusiasm, because I was 10 years old during the Bicentennial and stuff issued that year couldn't possibly be cooler. However, I've done much better with the Kellogg's set than the Hostess set. The Hostess set is larger and more prone to stains (one of my least favorite condition issues). Hostess also contains well-known short-prints.

I thought Kellogg's had no short-prints. But I only recently discovered that indeed the first three cards in the set were short-printed.

I was wondering why I had such a difficult time landing the Steve Hargan card, which happens to be the first card in the set. I assumed it was the usual "first-card" premium that sellers sometimes tack onto vintage cards -- claiming that every single collector messed up their sets by stacking them with the No. 1 card on top and wrapping a rubber band around the stack.

Half the time when I checked for the Hargan card on COMC, it was sold out. Other times it was way too much money.

I didn't make the connection but the No. 2 card in the set, Claudell Washington, also avoided my cart. I usually could find it on COMC, but I certainly wasn't paying those prices.

The No. 3 card in the set, Don Gullett, is also tricky but I didn't notice his elusiveness until I was trying to land the last few cards in the set.

I decided to wander over to Sportlots since I wasn't having any luck at COMC.

I instantly found what I wanted. 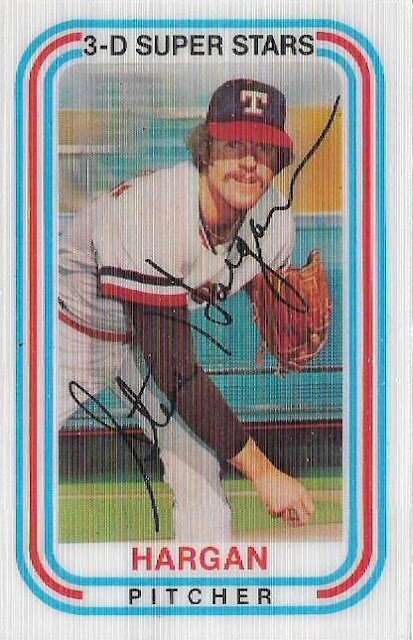 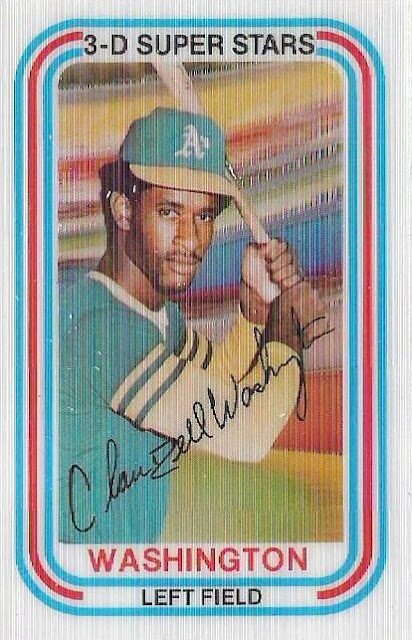 Hargan and Washington each were available for just under 4 bucks each. That was so much more reasonable than COMC.

I also picked up the Johnny Bench card that led off the post. That card was a shade over 5 bucks on Sportlots, a price that wouldn't even get you the yellowed, stained Bench 3D card now available on COMC. 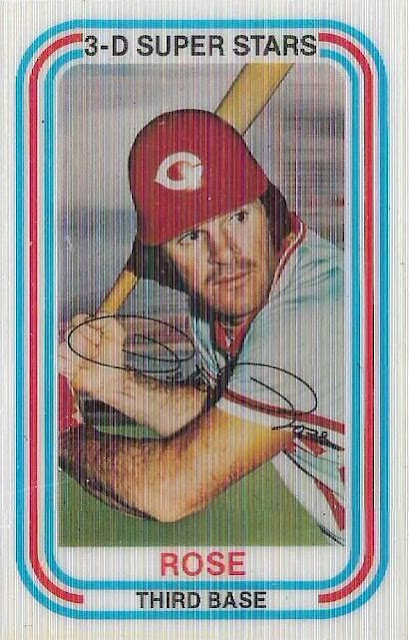 From a different Sportlots seller, I landed the Pete Rose 3D card and for a price that was half the cost of the cheapest Rose 3D card on COMC. And that COMC card was on sale, too.

COMC still remains my go-to online site for cards. I have so many interests and COMC is so accommodating in terms of variety. However, I've been finding that if you're looking for something specific, maybe down to the last few cards in a set, or something similar, COMC sellers can be a bit difficult and you start to realize they may be unreasonable, too.

Sportlots doesn't have everything -- certainly not the volume of COMC -- but the prices, at least for the couple of recent times I've been there, appear to be a bit more logical.

Still, I remain one card away from completing my '76 Kellogg's set.

The Don Gullett card is missing from COMC and even with the cheaper prices on Sportlots, I didn't want to pay the price for the Gullett that I saw.

That doesn't mean I won't go back and try to get it. Sometimes I just need to think about it for awhile. And there is the pressing matter of completing this 57-card set, too (They couldn't have made it 50 cards? 50 cards, 50 states?)

It's really a beautiful set and when I'm done with it, it may be the best set I've completed all year.

Hooray for the red, white and blue.

Dennis said…
That'll look great when it's all put together! I'm happy to see Sportlots help out another set-builder, and I hope the Gullett doesn't elude you for long.
November 18, 2019 at 7:53 PM

The Snorting Bull said…
I put together a few of these sets from the early 1980s. Really fun project. Hope you enjoy putting this together.
November 18, 2019 at 8:34 PM

bryan was here said…
I love putting together the Hostess sets. The first cards I ever collected were the 1979 Hostess set.
November 18, 2019 at 9:34 PM

Corky said…
There needs to be a revolution with food issued cards again. Some of the coolest cards from the 70s are food issues.
November 18, 2019 at 11:57 PM

steelehere said…
Glad to see you're having luck with Sportlots. Because it's such a no frills site, it's always been a hidden gem for me.
November 19, 2019 at 12:16 AM

gregory said…
Anyone else suddenly feel like eating a few bowls of cereal and some snack cakes?
November 19, 2019 at 1:24 PM