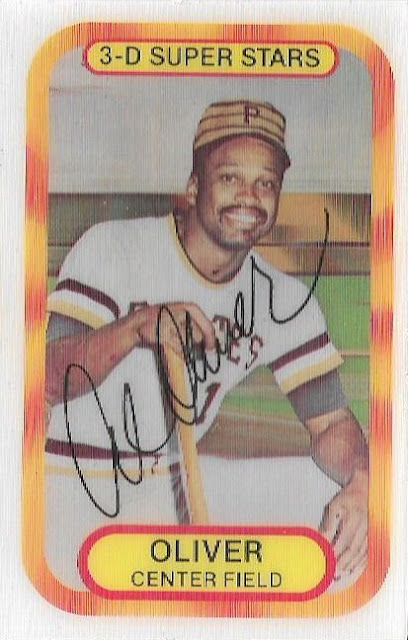 It didn't take me long, after writing this post and getting all lathered up and determined, to stake out what I could of the remaining 1977 Kellogg's cards on my want list.

"Well if they're going to make it difficult with 'the pop culture tax,' I am not going to give up! I'm going to go right at them!"

I immediately hopped on ebay to see what I could snag.

The first card off my want list that I found was Al Oliver. Purchased. Shipped. 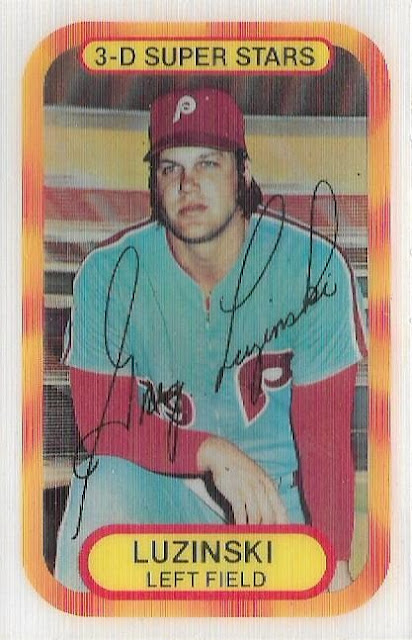 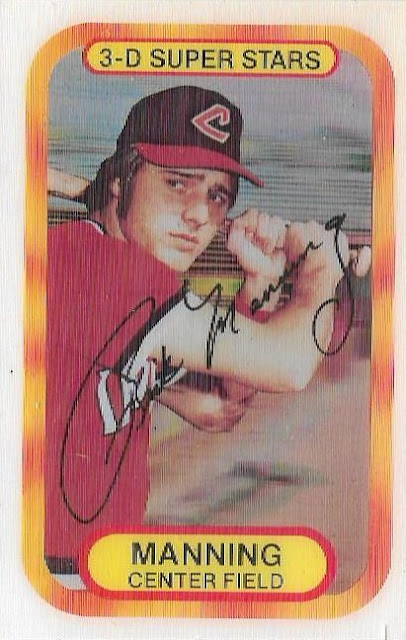 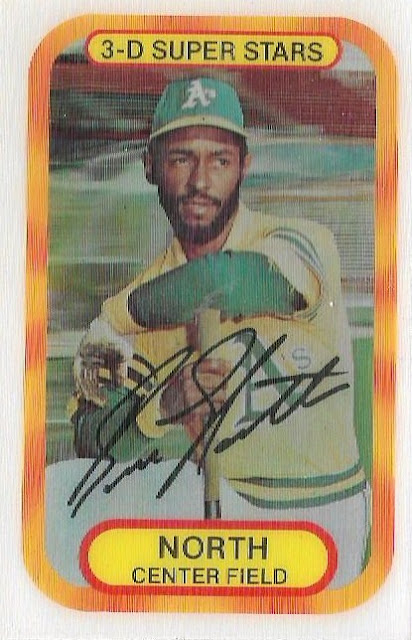 This all happened on a Wednesday night. None of the cards cost me more than 3 or 4 bucks.

That left six more cards on my want list. One was George Brett, which was/is available but I'm going to have to pay 10 or 15 bucks for it, so I set that aside. Another is George Foster, which is the first card in the set and apparently that's going to be an obstacle for my second straight Kellogg's set pursuit. I don't understand the "first card" tax.

But the other four cards were available, all from the same seller, all through individual auctions, all of which expired within 20 minutes of each other on a Friday night. 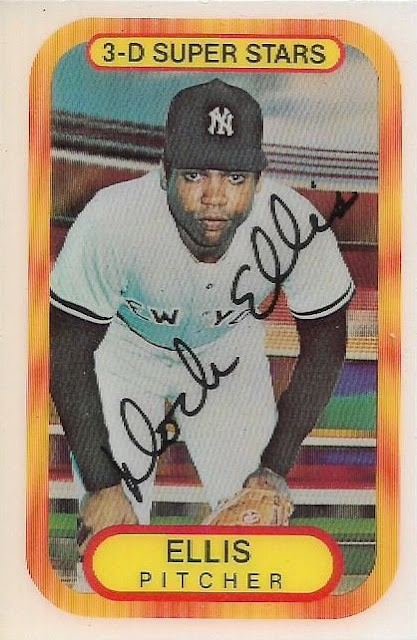 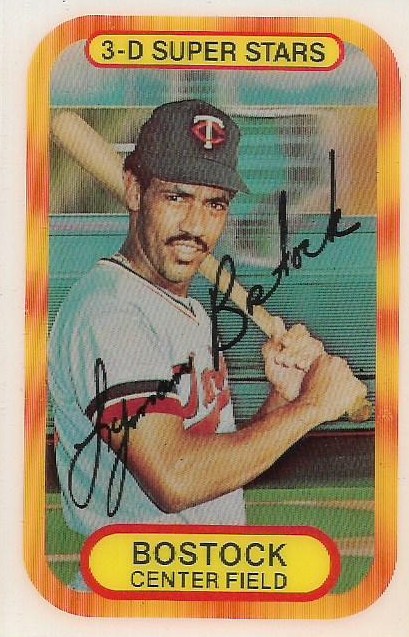 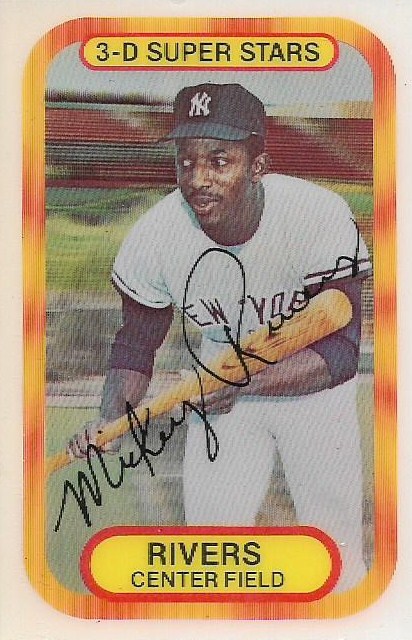 For three of the cards, the Dock Ellis, Lyman Bostock and Mickey Rivers, I was the first bidder.

The other card from the seller was the Mark Fidrych rookie. Yup, the card that I anticipated being the last card I would need to complete the set and the card I told myself I would not allow to be the last card I needed.

While the Ellis, Bostock and Rivers cards were at 99 cents, the Fidrych card was already at $6.50 with several bids on it. So I placed that auction on my watch list and noted that I would have to focus on a narrow window between 7:10 and 7:30 p.m. because the Ellis was set to expire first, followed by the Bostock a few minutes later, followed by the Fidrych, barely 3 minutes later, and then the Rivers.

I don't have any bidding apps or sniping tools because, until the pandemic hit, I wasn't on ebay a whole lot. But maybe I should think about it.

That Friday I decided I would work half the day at home and the other in the office. But I forgot about the auction. And instead of working the first half of the day in the office and the second half at home, I started at home first and then realized when I was in the office, in the evening, that I had four auctions expiring!

Fortunately, it wasn't too busy in the office. I ended up getting the Ellis card for 99 cents. No other bidders. Same deal with the Bostock card. 2-for-2. Take that, pop culture tax.

I could've had it. And I missed it.

In a flash, I won the following Rivers auction for 99 cents, but it hardly felt like a victory because I had to be so damn sociable and took my eye off that Fidrych card! Phooey!

Chastened, I put my full focus into the job for the rest of the evening. I drove back home in a melancholy haze. "I guess Fidrych WILL be the last card I need from the set," I thought.

When I got home, I opened up my laptop to check out a few blogs and videos. On a whim, I wandered over to ebay and, what the hell, I'll look up the '77 Kellogg's Mark Fidrych card.

My eyes connected with the first listing. It was an ideal specimen. "Buy It Now," it said. The price: 21 bucks.

I could have it for less than the Fidrych I missed! 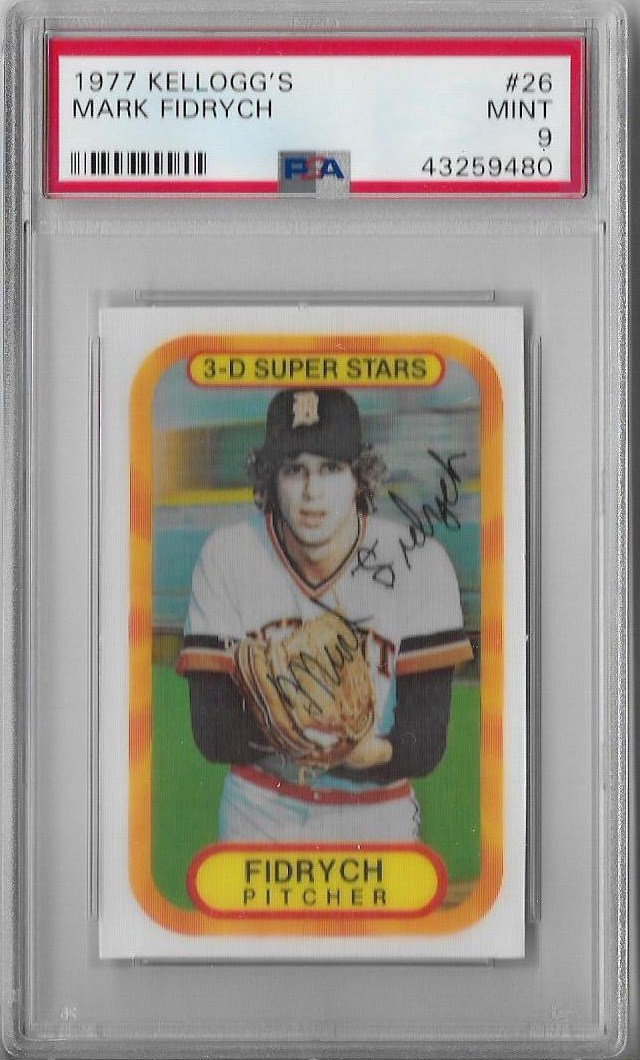 Normally this card would present me with a quandary.

I like to store all of my Kellogg's cards in similar fashion. Penny sleeves, top loaders, stacked neatly, every card the same. But to do that with the Fidrych, I would have to break it out of its graded prison.

I've broken many a card out of graded cases. I prefer to do so. But Kellogg's cards make me nervous, they're so temperamental. I busted out the last card I needed for the '76 Kellogg's set and it was quite harrowing. And to do that for a Fidrych rookie??? No, I'm not going to risk it.

This card is special anyway and it deserves a little extra place of honor as it sits with the rest of the set.

So that's where I am with the set. There is a George Brett card in a couple of shopping carts, I just need to decide which one to empty. The Foster card, without a doubt, will be the last one. Right now there is nothing online available for a price I want to spend.

But I'll get it done.

We set collectors are persistent types.

Peter K Steinberg said…
Congrats on getting these cards for very reasonable dollars. That's exciting. May you complete the set before the next pandemic.
July 20, 2020 at 7:50 PM

Elliptical Man said…
That's the most fascinating eBay story I've read in a long time. Props to you.

Some sets have a star as the first card. Johnny Unitas, Patrick Roy, etc. Foster was good, but I wouldn't quite put him in that all-time great category.

Nachos Grande said…
Nice work! Always a good feeling to nab a card that you just missed out on. I've had a few 2010 Ginter relics escape me lately but so far, no second chances (at least not for prices I'm willing to pay). Those Kellogg sets are worth the time and energy.
July 20, 2020 at 10:13 PM

Sean said…
Congrats, from a fellow set collector who appreciates the art of completing the difficult home stretch.
July 20, 2020 at 10:23 PM

Old Cards said…
Almost didn't read your blog. Just not into Kellogg's cards. But your story was so good, I read the whole thing. Good luck on getting the Brett and the Foster.
July 20, 2020 at 11:04 PM

Brett Alan said…
I think the logic of the "first card tax" is that kids would put their cards in rubberbands and the first card would get damaged. (Never mind how many kids would sort their cards alphabetically or by team.) I suppose for older cards it cam make some sense if the card is in good condition.
July 20, 2020 at 11:11 PM

bbcardz said…
Congrats to you on completing that Kellogg's set. I've got a good number of those but I don't think I'm even halfway to completing that set (but I plan to one day).
July 21, 2020 at 12:24 AM

Mark Hoyle said…
Well done. Congrats. Kellogg’s sets are the stuff of legend for guys our age. Nothing beat digging through that cereal box
July 21, 2020 at 4:41 AM

Doc Samson said…
Wow! What a totally relatable post for any collector. Congrats on completing that Kellogg's set. I always liked the size of each of those Kellogg's cards. It made them seem more sleek. As for removing any cards out of their PSA cases, you're a braver man than I will ever be, Mr. Owl.
July 21, 2020 at 8:16 AM

shoeboxlegends said…
Congrats! When you have a few minutes I highly recommend checking out gixen.com for sniping. Been using it for years and it's absolutely rock solid.
July 21, 2020 at 11:27 AM

Fuji said…
Congratulations on landing that graded Fidrych for less than you were willing to bid. Work distraction for the win.

bryan was here said…
Sweet! You got your Fidrych! I don't do graded cards, but you might want to leave that one in its prison.
I'm a regular on the Bay, and I don't do the apps. I do it the old fashioned way. Sitting and waiting for the moment to strike. I've forgotten a few things that way, too, but that comes with the territory. What really frustrates me is when I put that last second bid in and the signal on my phone glitches out!
July 21, 2020 at 6:29 PM

acrackedbat said…
What a beautiful Bird! Gorgeous card. I've completely forgotten what the rest of this post was about.
July 21, 2020 at 6:34 PM