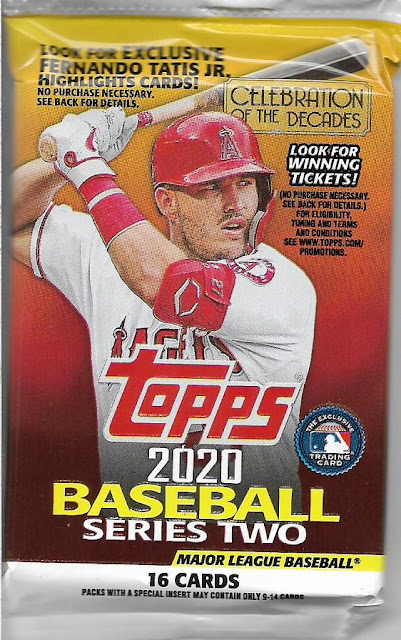 Topps Series 2 was released at the end of June. I bought my first packs yesterday.

This would have been bizarre behavior five or six years ago. Remember how I used to whine if I didn't get cards even a week after everyone else? Even with a pandemic and an inexplicable rush on cards in the card aisles, I would have found a way before now to get some Series 2 cards. The old night owl was visiting big box stores at least once a week back then.

But I won't use covid or binge buyers as an excuse. Those aren't the primary reasons I haven't owned any Series 2 yet.

The primary reason is: Have you seen it?

This is the worst-looking flagship set since 2017. And as often happens with flagship sets that I don't like, the animosity grows as the year goes on. By the time Series 2 arrives, I don't care.

But I do miss ripping packs every now and again. I stopped at Target after a trip to the post office -- just my third Target visit since March -- and grabbed a few essentials before heading to the card aisle to rubberneck at the destruction.

I had never seen such a pathetic baseball display in a card aisle in my life. The entire content of baseball on shelves was an empty gravity feeder of 2020 Opening Day, several blaster boxes of 2020 Topps stickers and one gravity feeder of Series 2, pulled from the wall and sitting open with a few packs inside facing me.

I could've grabbed them all. There were maybe 9 or 10. I took three.

After opening them, I knew I was done buying Series 2. Done going to the store. Done looking for it on Amazon. It's not even worth the trade fodder.

My three packs yielded 25 teams. No, the Dodgers were not one of them. No Red Sox either. In fact, the packs were great if you like small-market teams. Let me show you. 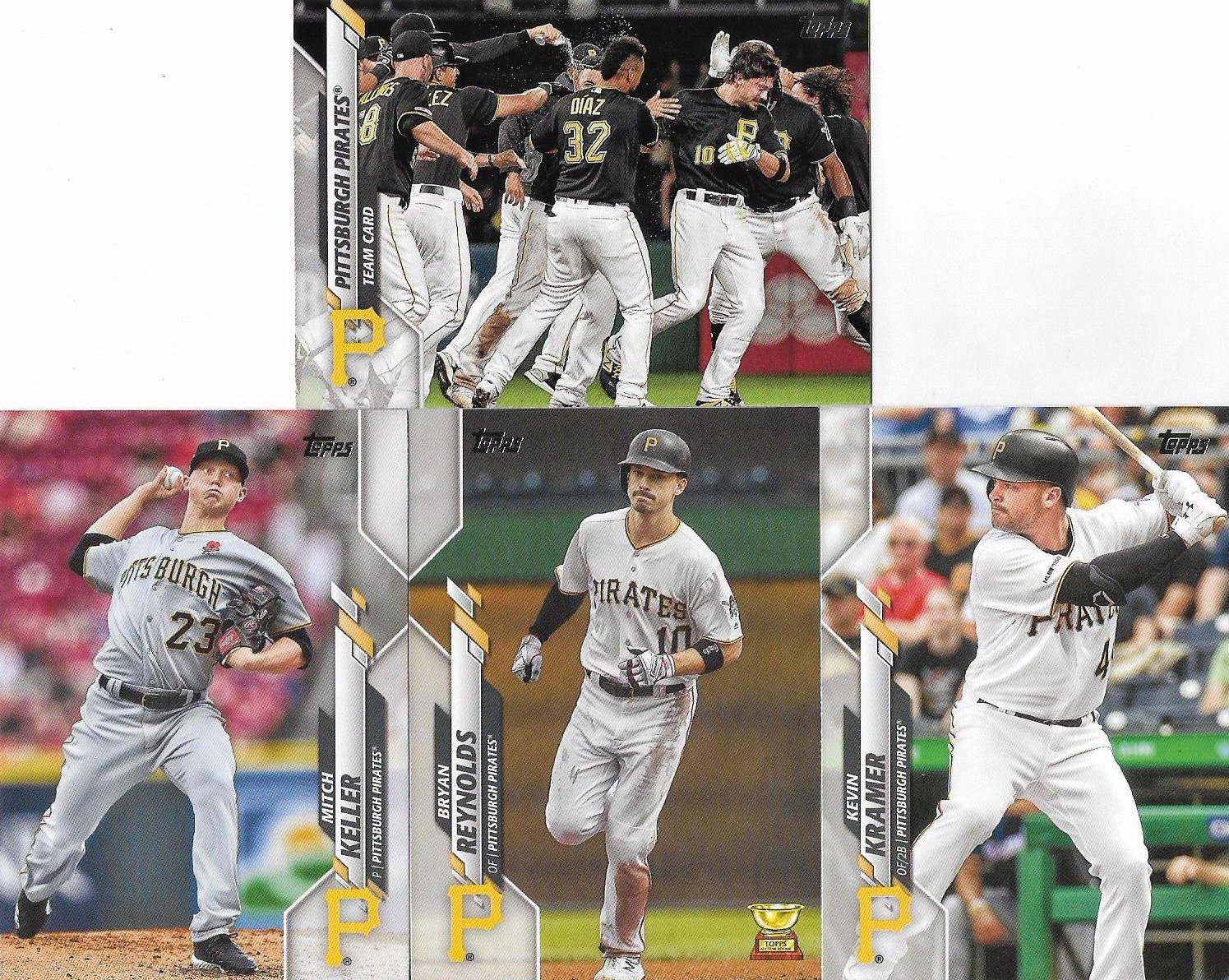 The second pack produced another Pirates card and now you've seen the team with the most cards in those three packs. Tied with the most anyway. 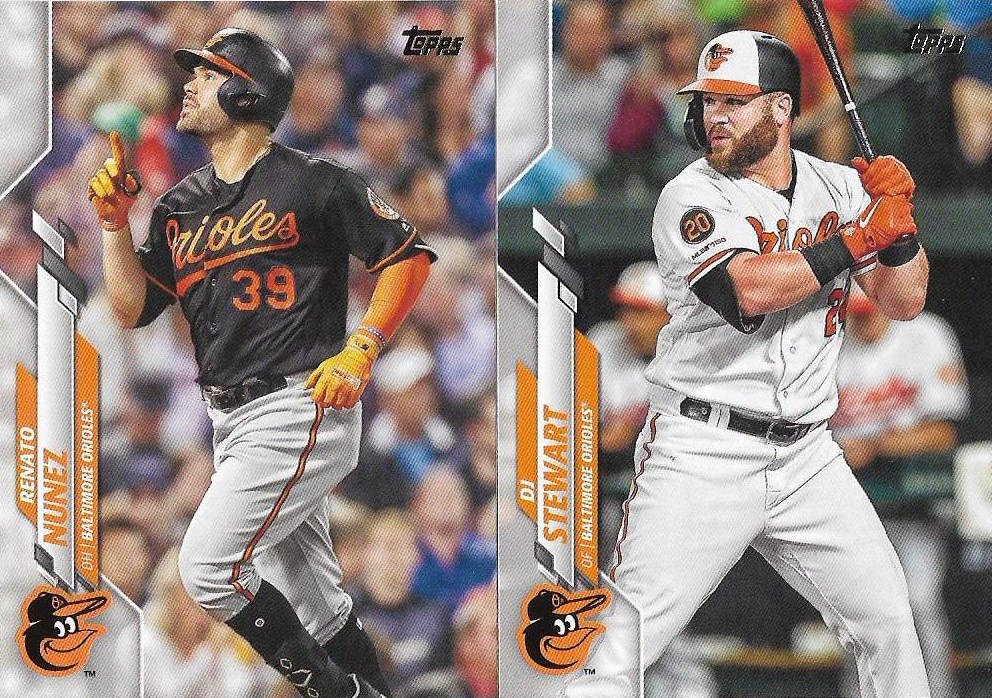 I pulled two Orioles in pack 2. I barely know who these guys are. 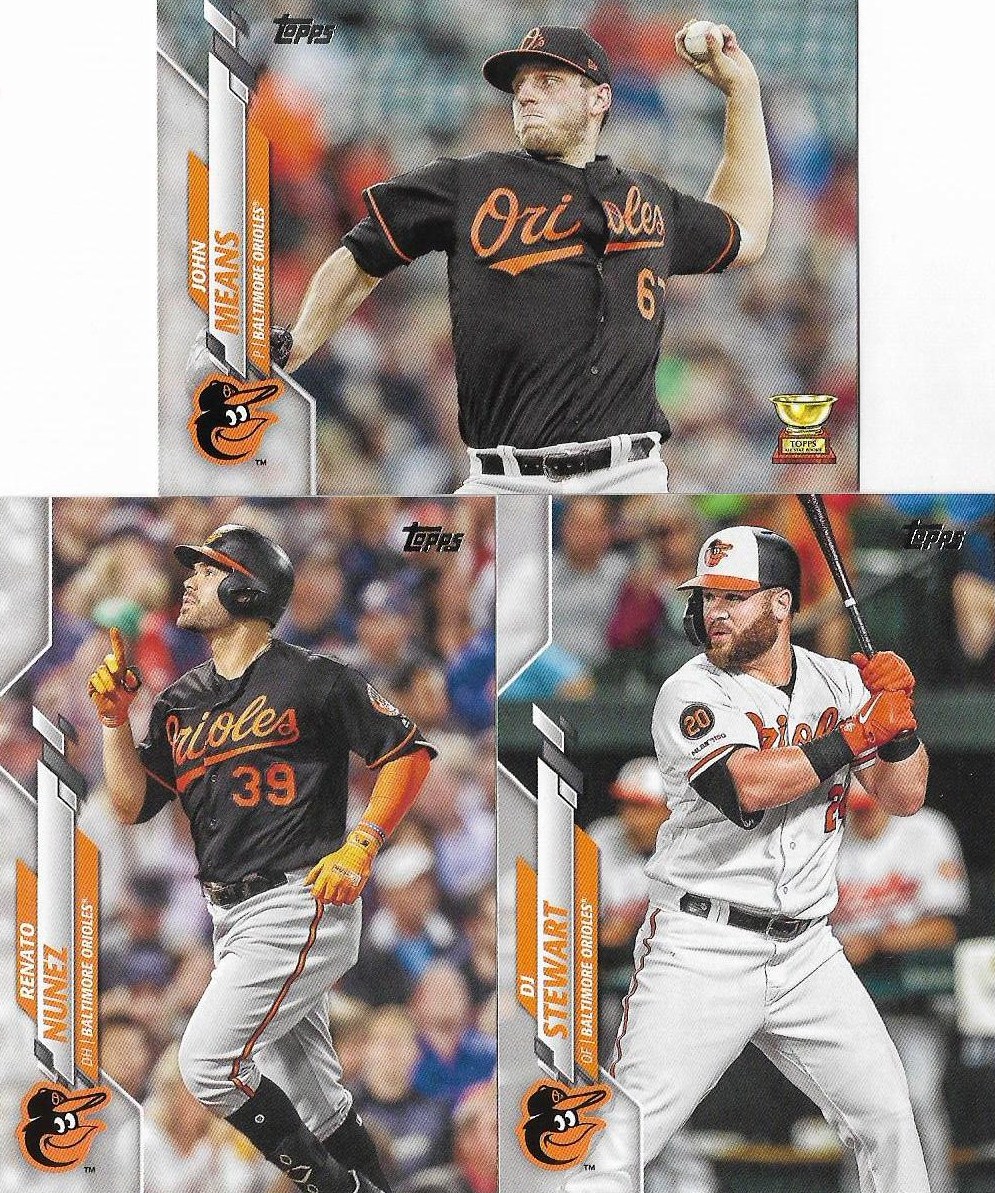 Add that to the Oriole I pulled in pack 1 and that's three more Orioles than Dodgers. 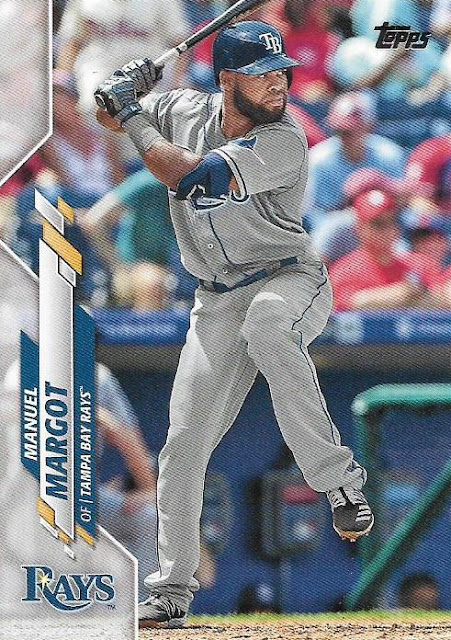 This Tampa Bay Ray came out of pack 1. 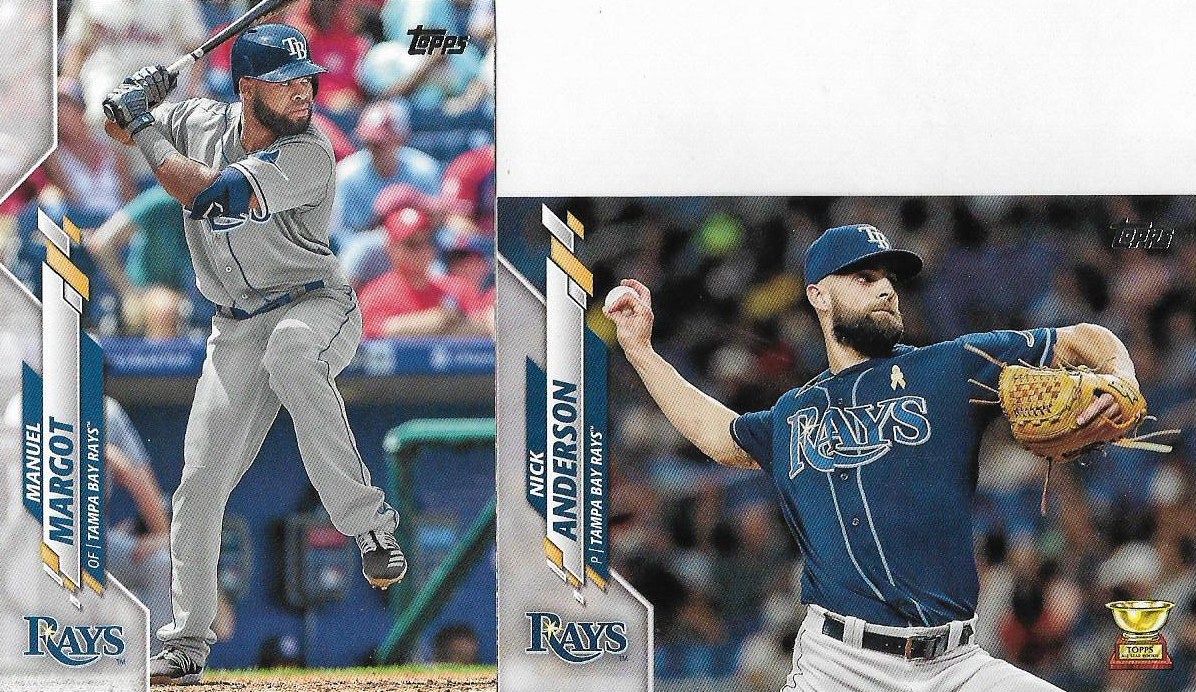 He was joined by a second Ray in pack 2. 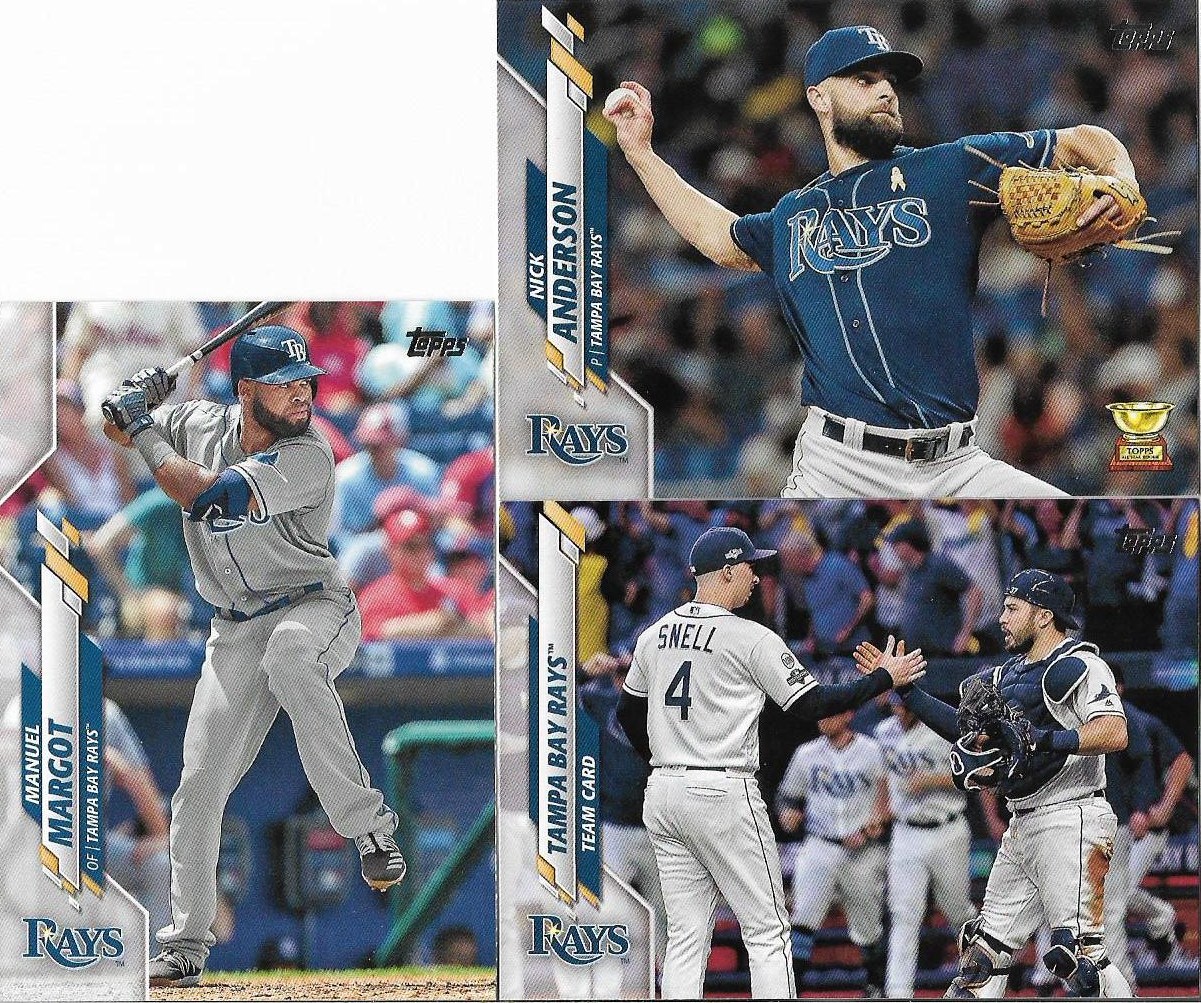 And there was a third Rays card in pack 3. Who says Topps doesn't give the small markets any love? 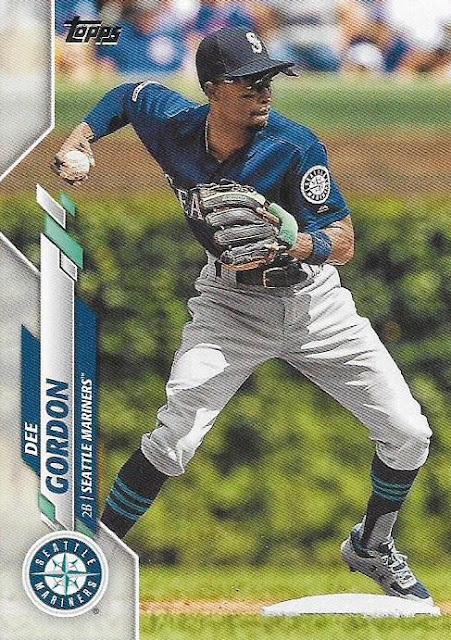 Former Dodgers is as close to Dodgers that I got in these packs. Dee Gordon showed up in pack 1.

Two Mariners teammates joined from pack 3. And now I have these cards for life because Seattle card fans don't exist. 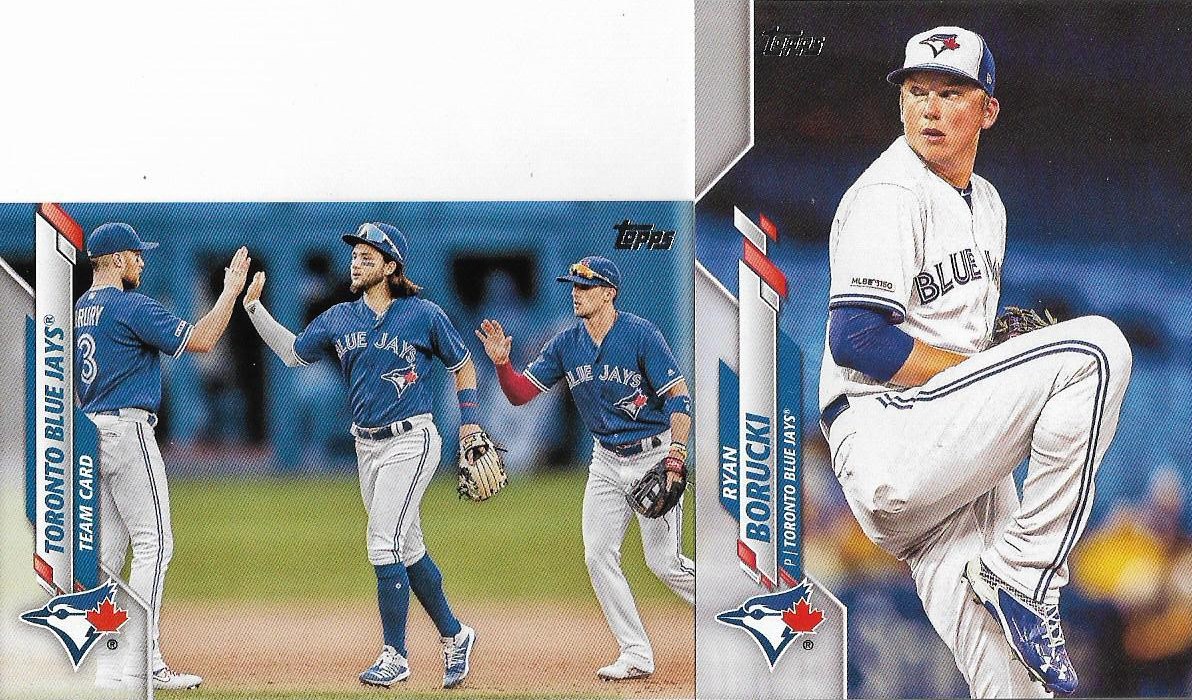 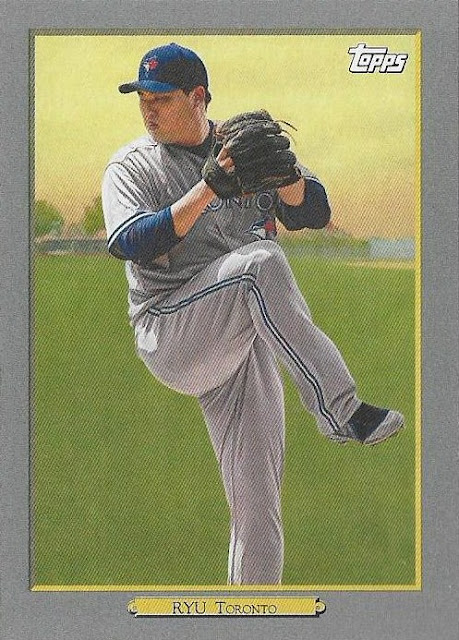 And here's another former Dodger. Ryu's Turkey Red insert showed up in pack 3 for a total of four Blue Jays, tying the Pirates. 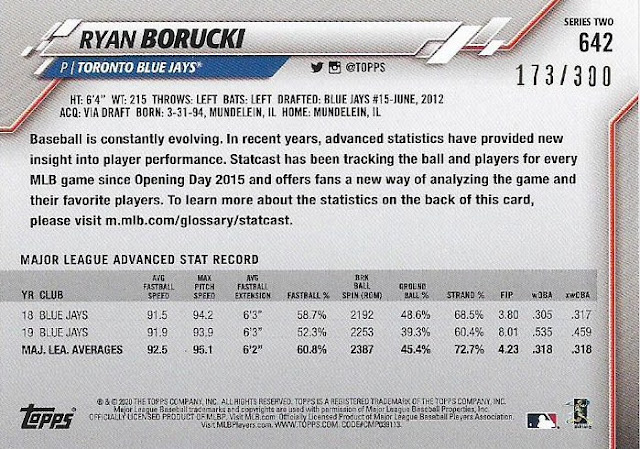 I didn't know until I was creating this post that the Ryan Borucki card was a variation. I saw the serial number and stared and stared at it until I realized it was an advanced stats parallel. I don't know what to do with these.

Among some of the other lesser-collected teams, there were also two Rockies, two Indians, two Twins, two A's and two Tigers. 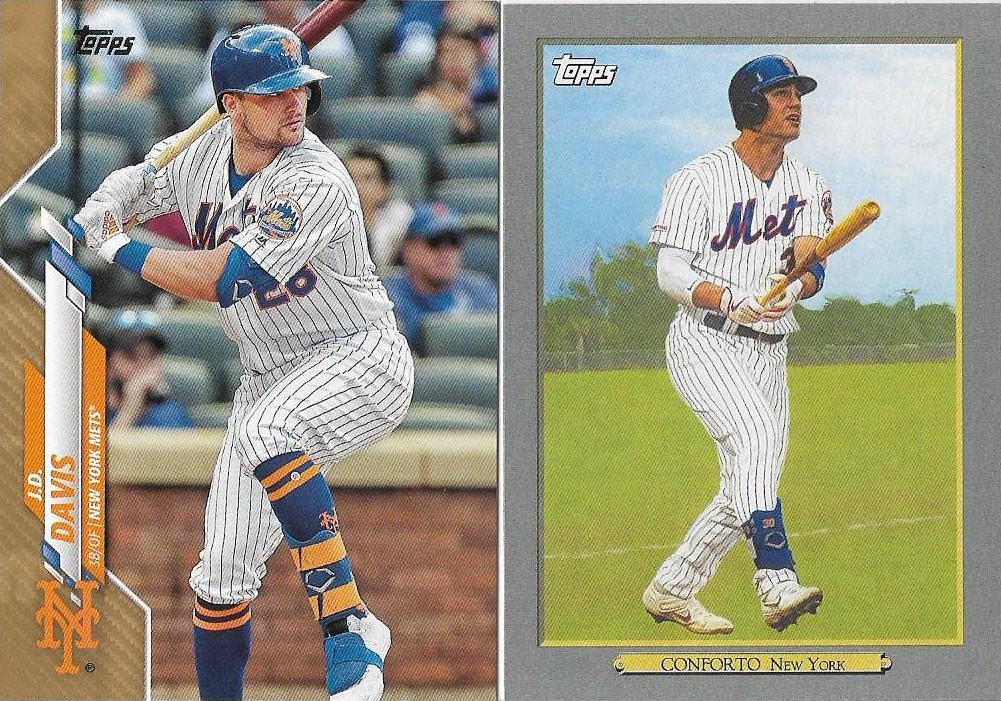 One of the few productive cards from the packs were these two Mets, which arrived just a day before Max's envelope showed up at my door! Thanks, Max! 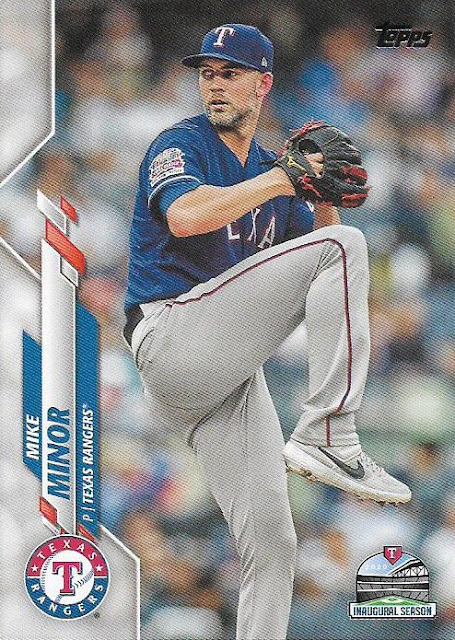 I also matched my Texas Ranger pull total for all of Series 1. There's that weird stadium logo that I don't believe for a second was the reason there was just one Ranger in Series 1. 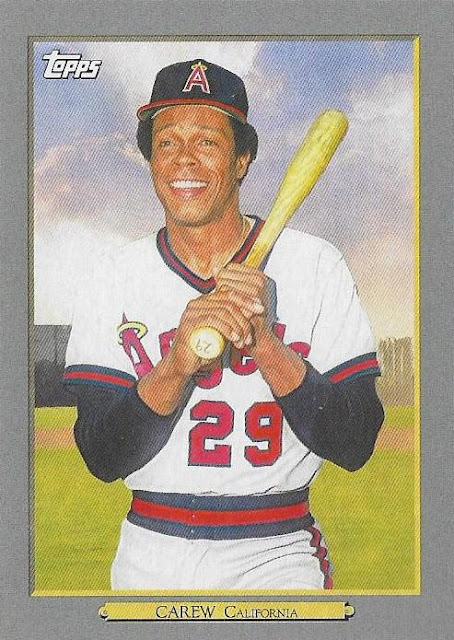 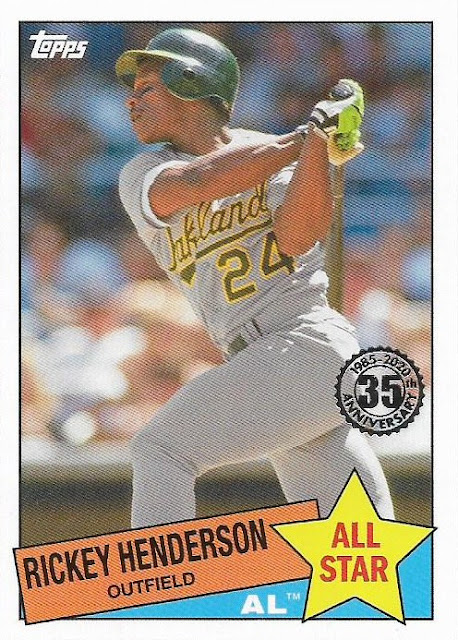 I never like saying this, but the inserts were the highlight of these packs, because they were of players from my childhood, although I think of Carew as a Minnesota Twin.

That's what happens though when the base set is as dull as it is this year.

I'm sure these packs would have been interesting to someone. But as for me, I haven't missed a thing.

Peter K Steinberg said…
I fell asleep reading this post. What did you say? Huh? Not because of your words, which were fine; but the cards. The cards are not even meh. The Carew insert is a fifth-graders Photoshop job. Topps is embarrassing.
July 29, 2020 at 7:30 PM

acrackedbat said…
I have a difficult time believing I'll ever care for Flagship again. Snore fest.
July 29, 2020 at 7:59 PM

Elliptical Man said…
Interesting that your main complaint seems to be that the players are from small market teams.
July 29, 2020 at 8:03 PM

More of an observation on how unusual it is to pull so many cards of small-market teams when Topps caters to the large market teams. The complaint part is it's more difficult to find traders for cards of smaller-market teams. I've found one collector of Mariners cards in a dozen years of card blogging.
July 29, 2020 at 9:31 PM

Nick said…
I usually have less to say about Series 2 than almost any other set on the card calendar. I'm glad it exists, but I can never think of much to write about it.

Nick Vossbrink said…
I still like this better than most people (Feet! Bases! Full-body images!) but man this thing where Topps front loads all the star power in Series 1 makes Series 2 Topps Total Lite. Glad I just ordered team sets of this but I still need to snag a couple PC guys.

Also This set could really use some color. All the colored parallel bullshit means that team-colored sets are a thing of the past. A shame since replacing the grey corner/border with a team colored one would look very sharp.
July 29, 2020 at 10:23 PM

bbcardz said…
I bought two jumbo boxes of Series 2 and I love it. Except for the vertical nameplates. And the overprocessed/Photoshopped imeages. And the tiny player position designation on the front of the card. And the nearly colorless card backs. But other than that, I really do love it.
July 29, 2020 at 11:15 PM

Jim from Downingtown said…
Topps do what they do.

It's up to the intelligent consumer to push back against their sub-standard nonsense. Owl, it looks like you are coming around.
July 30, 2020 at 3:21 AM

Jim from Downingtown said…
The last current-year cards I bought were 2010 Topps, and that was because I was distracted by their unusual presence in the grocery store. "Oh look, packs of baseball cards! I think I'll buy some."

MISTAKE! What a boring, chrome-laden set of cards. I knew after opening the first pack that I wasn't going to any more than I already did.

Prior to that momentary 2010 weakness, the last time I bought current-year cards (except for buying 2008 and 2009 Phillies cards in the afterglow of their (seemingly once in a lifetime) World Series victory) was in 1992.


I take pride in making that statement (but hey, that's just me and my dislike for Topps as a company, their poor card designs, and their endless greed with 98 different parallel sets).

To those who will say "If you don't like it, then don't buy it", I say "Exactly what I've been doing, for the better part of the past 20 years".

Fuji said…
I have a feeling that Topps will be sending members of their Future Stars Club a blaster of this series at some point. Not looking forward to it. It'll sit next to my Series 1 blaster that I'll open eventually.
July 30, 2020 at 9:34 AM

Doc Samson said…
This year's flagship design is about as exciting as an infomercial for skin tag removal. The Big League design should have been the flagship design (or some variation of Big League, maybe with colored borders?) If somehow this is the last flagship set ever, Topps is going out with a whimper.
July 30, 2020 at 10:06 AM

BaseSetCalling said…
That's a heckuva 'Pitcher Face' on that Ryu card. I have some time on my card desk for a change and will be looking for a few for ya.
July 31, 2020 at 9:30 PM