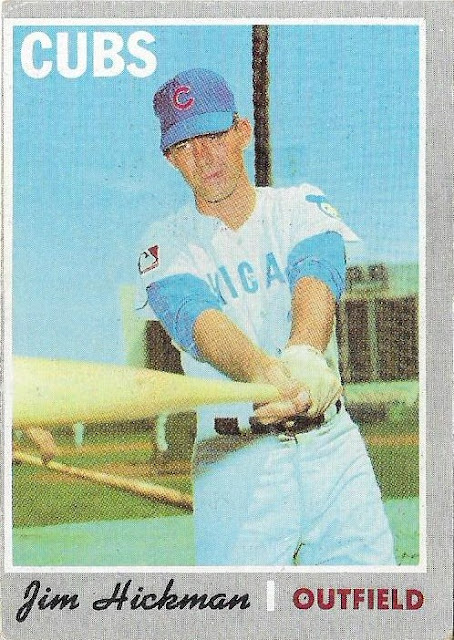 I received a note in the mail the other day.

It was from Jeffrey of Cardboard Catastrophes. He wanted to know how semi-high-number 1970 Topps cards ended up in the dollar box at a recent card show he attended.

Well, yeah, that's definitely a question. It's not my only question. Another question I have is "who the heck is holding a card show at a time like this?" But that's just me.

But probably I shouldn't be asking any questions at all. Because if all of the above didn't happen -- the card show, the dollar box, the generosity of fellow bloggers -- then I wouldn't have ended up with semi-high numbers from 1970 Topps.

It's really not a time for questions when you stumble across such a find. Just keep the lips zipped and send directly to night owl. 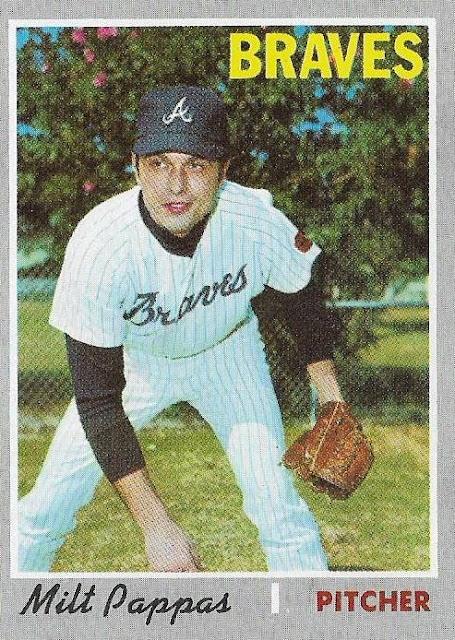 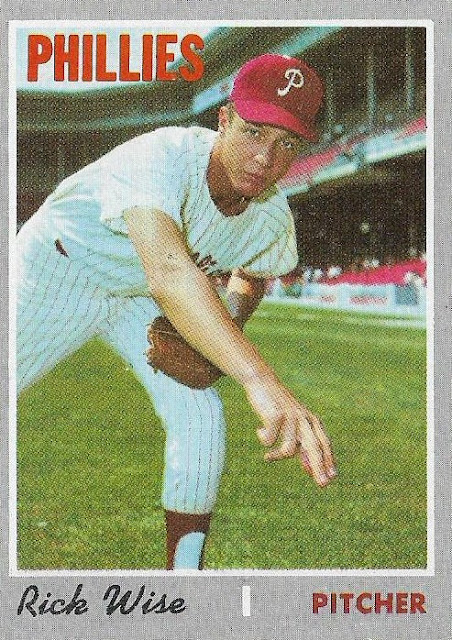 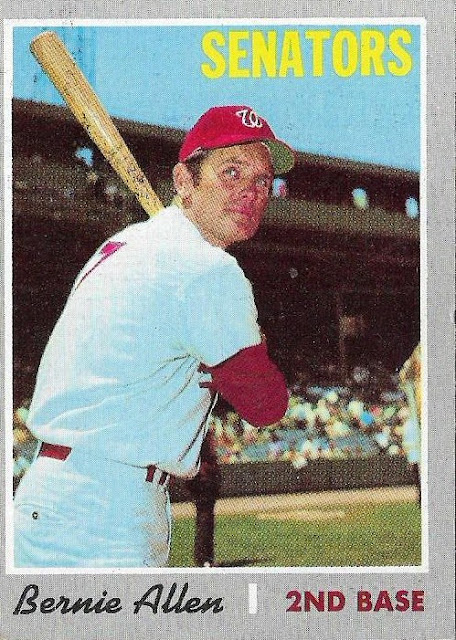 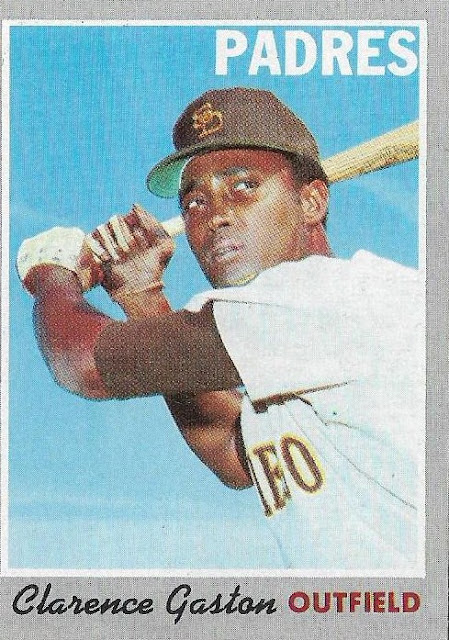 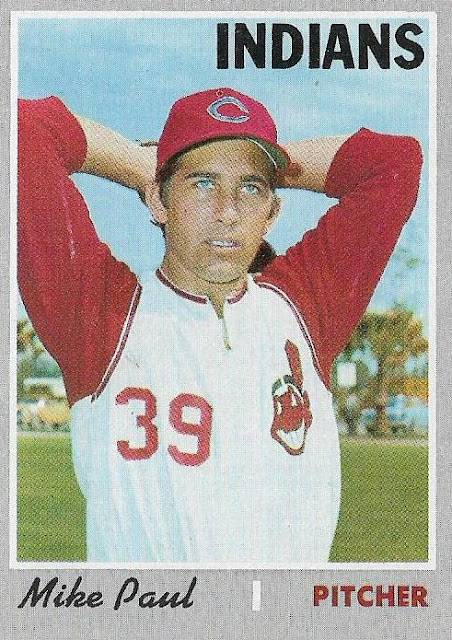 All of these guys rest between cards #576 and #612 in the set. Packages like this make my set questing so much easier. 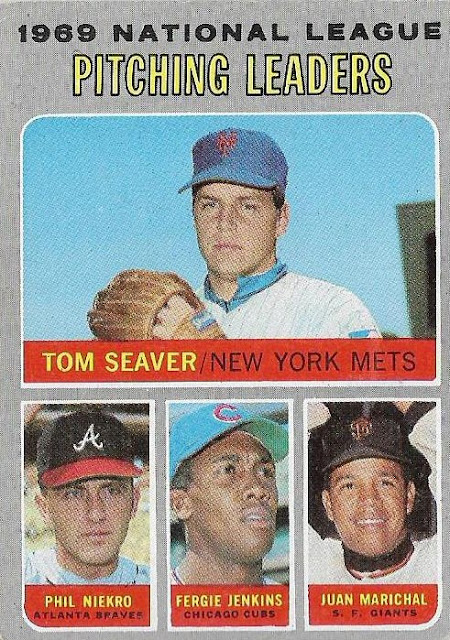 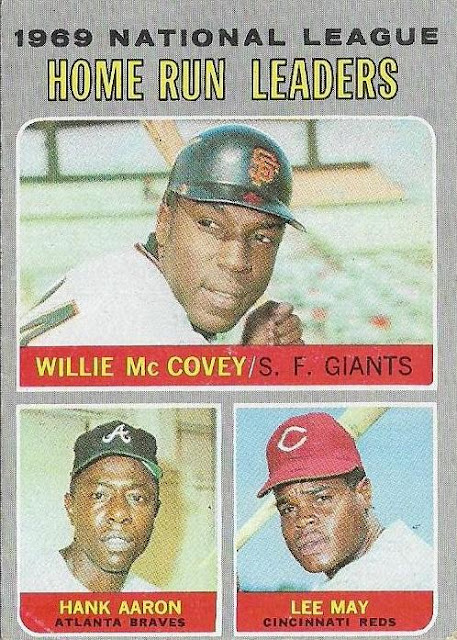 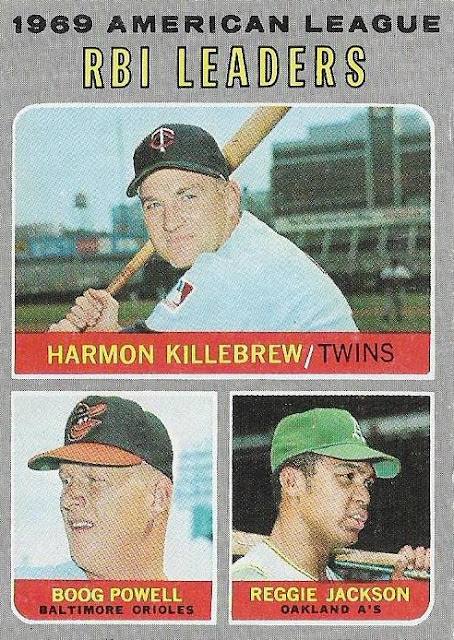 There aren't high numbers or even semi-high numbers. They're all first-series cards but with lots and lots of superstars on them. I don't know if these were in the dollar box, too. But if so, they probably shouldn't have been either.

Jeff also found some cards for that 1967 Topps set I'm supposedly attempting to complete. All of these are cards in the 400s. 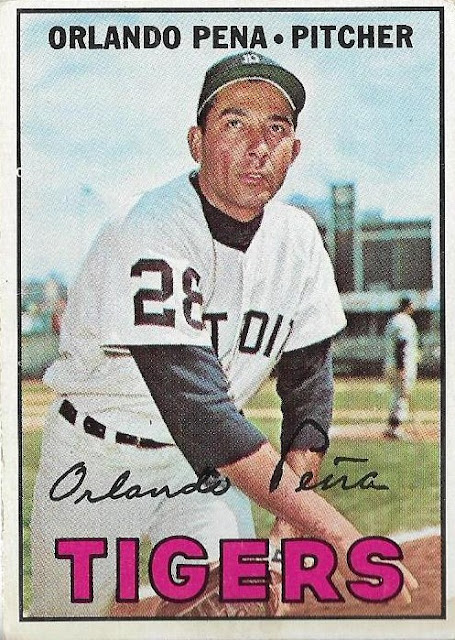 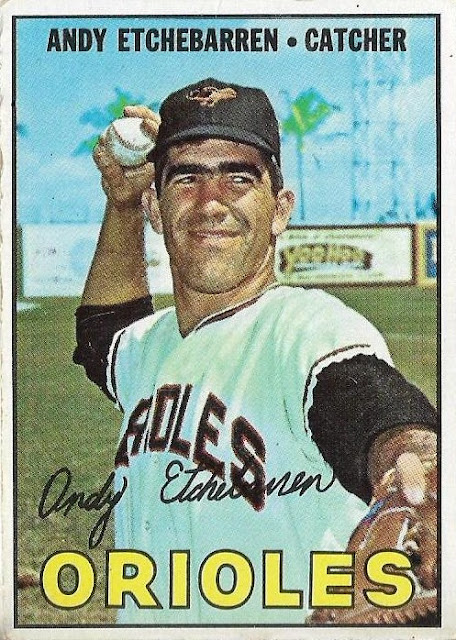 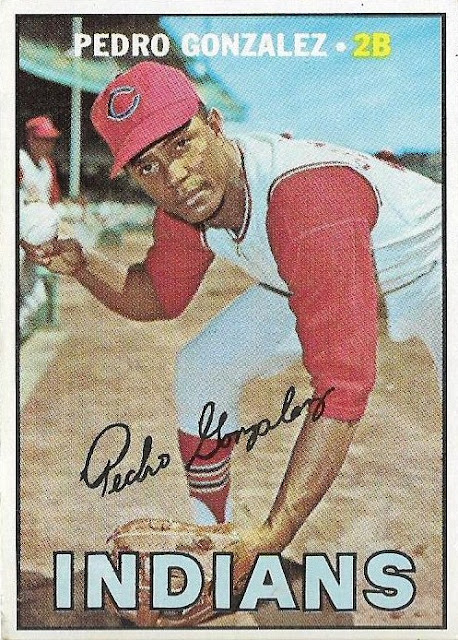 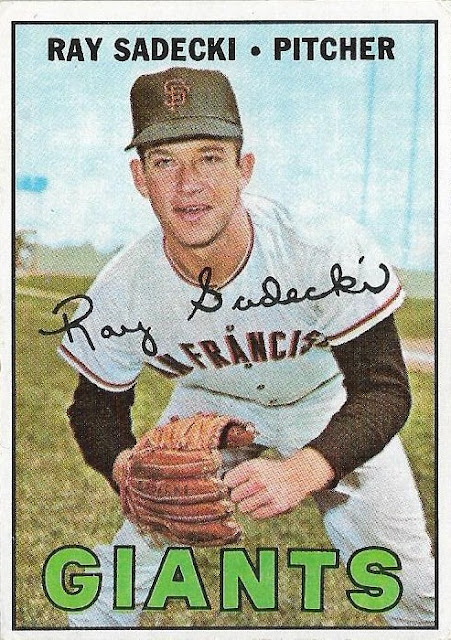 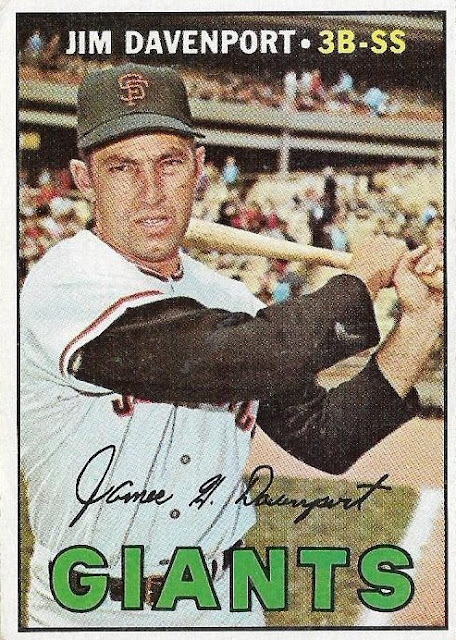 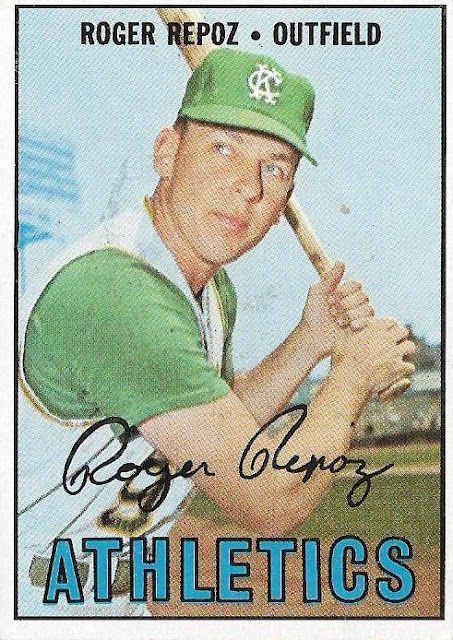 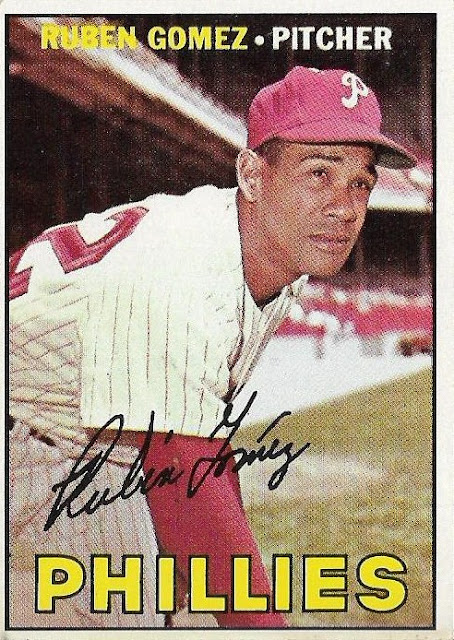 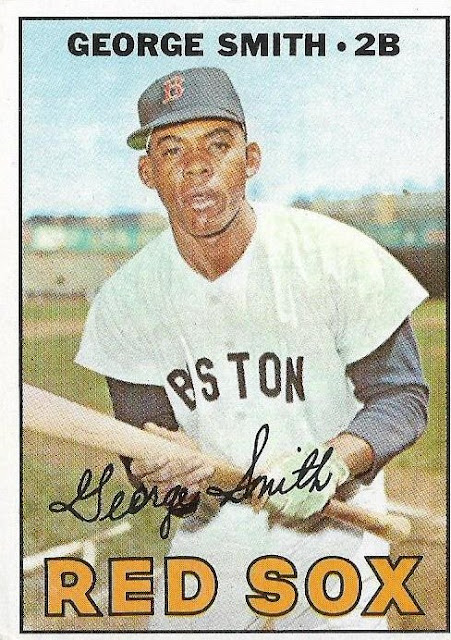 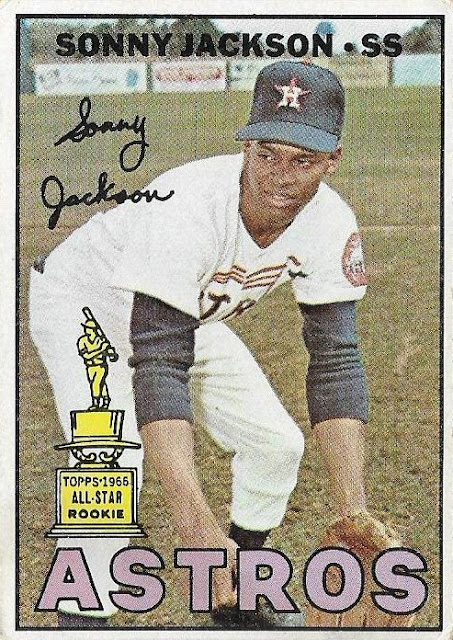 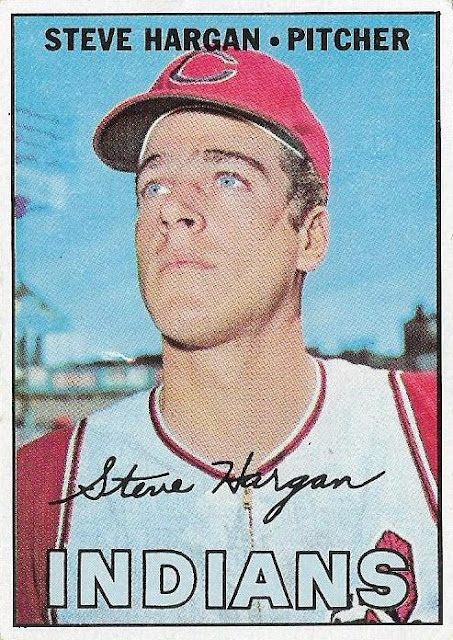 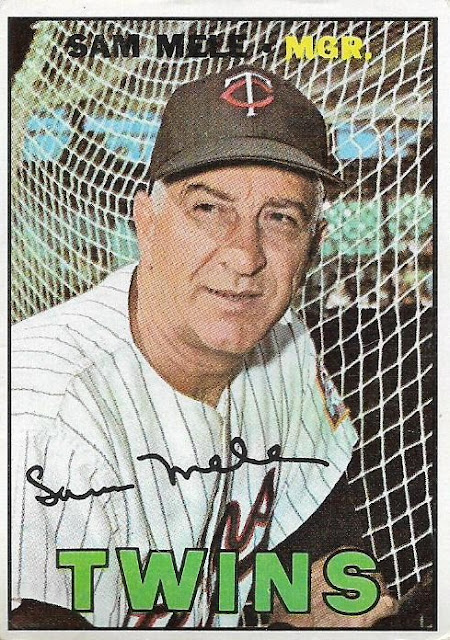 I don't know how Jeff has the time to find cards like this for me when he's looking for stuff for his own collection at a show. I have a very difficult time doing that myself. I don't think it's because I'm selfish, I just have too difficult of a time staying on task with my own interests when I'm at a show.

But again, I'm not asking any questions. I'll just chalk it up as something to aspire to. 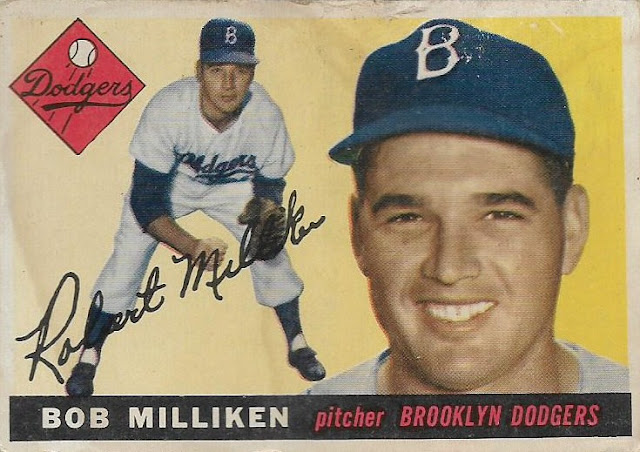 I also received a card from my 1955 Topps Dodgers want list. This card was also in the dollar box, mostly likely after it spent a period of time in a shallow, muddy puddle some time in 1956.

There will be no questions with this card. Both Jeff and I agree, the dollar box is exactly where it belonged.

But it's simply perfect for my collection. And of that, too, I have no question.

Mike Matson said…
Nice batch of cards..
It's still odd seeing Clarence Gaston. even though he only ever used Cito as a coach..

carlsonjok said…
Going to the card show was ill-advised. It was held in a hotel conference room that was about half the size it should have been under normal circumstances and about a third the size it should have been in the coronavirus era. Social distancing was not possible and few people were wearing masks. I probably should have turned and left but, man, I was jonesing for pawing through boxes. That said, it is likely my last show this year, as I don't see things getting better soon.

As far as finding the time, it wasn't that bad. It was literally the last 10 minutes before I left for the day. It helped that the cards were in numerical order.
July 13, 2020 at 9:11 PM

GCA said…
That Sonny Jackson is just loaded top to bottom. Name up top riding on the wall of adverts, Astros hat & uni, autograph just finding the space to stay out of the way, rookie trophy, and team name to balance it out. All on a stretch of green field. That's vintage finery...
July 13, 2020 at 10:21 PM

Nick said…
God knows I love card shows, but I wouldn't dream of going to one right now. I haven't heard of any opening up around here, but even if I did I wouldn't go.

Old Cards said…
A nice bunch of good looking cards. You made me go back and look at the Etchebarren card. I missed the Yoo Hoo sign and I even have this card. Love the batting cage in the background on the Sam Mele card. 67 has some great looking manager cards.
July 13, 2020 at 11:09 PM

Jim from Downingtown said…
Those 67s are the final cards for Pedro Gonzalez, George Smith, Sam Mele, and long-time veteran Ruben Gomez.
July 14, 2020 at 12:58 AM

bbcardz said…
Those '70 Topps cards look great. I was hoping you'd include an image of a Dodgers card in this post and you came through at the end. Too bad the card isn't quite mint, lol.
July 14, 2020 at 2:33 AM

Mike the History Teacher said…
I love a lot of the photos on those 67 cards, but my favorite here is the 70 pitching leaders, just for its star appeal. Looking at it makes me wonder if there's ever been a single card that's pictured FIVE or more future HOFers. (Not counting team photos, of course.)
July 14, 2020 at 3:59 AM

Fuji said…
While scrolling down, I glanced at the Etchebarren... but went back up after you pointed out the Yoo-Hoo sign on his card. That card is pretty cool with the sign, the palm trees, and a solid unibrow.

As for the card show... I'm always amazed that people have enough time to specifically hunt for fellow bloggers... especially when it comes to set builds. I have a list of people in the back of my mind who I keep my eyes peeled for, but I don't bring out people's set needs. Very cool of Jeffrey to do that.
July 14, 2020 at 10:06 AM

And I'm with you on card shows. I miss the hotel show dearly but I can't see going to one just yet, especially one where social distancing would amount to having to suck in your gut another inch in that tiny hotel meeting room full of old guys with underlying conditions. I can wait.
July 14, 2020 at 11:38 AM