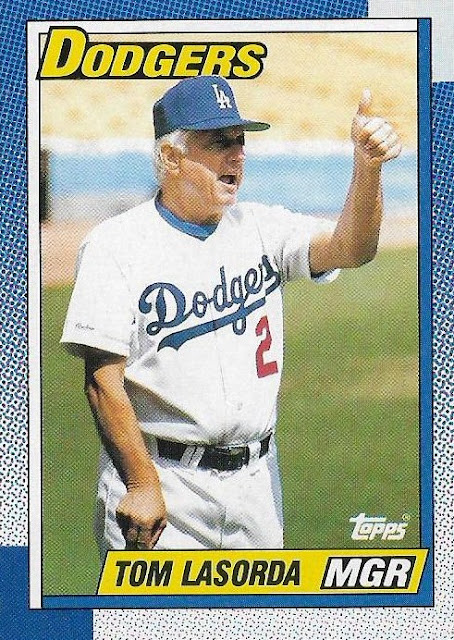 I've been on vacation the last couple of weeks and like many people who have encountered vacation time this year, it's a bit difficult to know what to do with it.

I'm certainly not going to cancel my vacation. I've heard of people doing that. They aren't able to go anywhere due to the coronavirus and therefore they call everything off and, apparently, I don't know, report back to work?

There is no way I'm going to give up time off. I'll find SOMETHING to do that doesn't involve the job.

So we've been lucky enough to take a few short trips to see family and some sights, and I feel for those who aren't able to do that. But otherwise, I don't think it's been all that heartbreaking. I spend a great deal of time at work wishing I was home playing with my baseball cards and, well, that is definitely something you can do in the middle of a pandemic!

This has meant conducting, some would say, mind-numbing exercises such as organizing all of my junk wax duplicates, which has been a mass of unattended shambles since I returned to active collecting in 2006.

I've also updated some of the holes in my blog want lists. There is still so very far to go but at least I've got most of 2020 wants updated and some random things, like finishing 2006 and adding to 1991 and 1992. I hope to have a few more updated by week's end.

I've been working on a few other hobby things as well, putting together a few card packages, forcing myself to continue research on the future Greatest 100 Cards of the '80s series, it's really all the stuff I wished I could do when I'm thinking about time off (you'll never catch me wondering what traipsing through the French countryside is like, I'm just not kind of person).

I'm grateful for this wide-open space on the calendar because the cards never go on vacation. They just keep arriving at the house, demanding: PLAY WITH ME. ORGANIZE ME. LOVE ME!

Not too long ago the second batch of cards that I ordered from Baseballcardstore.ca arrived, seeking my attention.

The first time I ordered from the online dime box store, I was so discombobulated by its set-up that I ended up with nonsports cards as half my order. Not that there's anything wrong with that, but after seeing some of the cool baseball stuff other bloggers found from the store, I wanted to take another go.

This time I really tried to focus on Dodgers, or at least baseball in general, and I was successful. 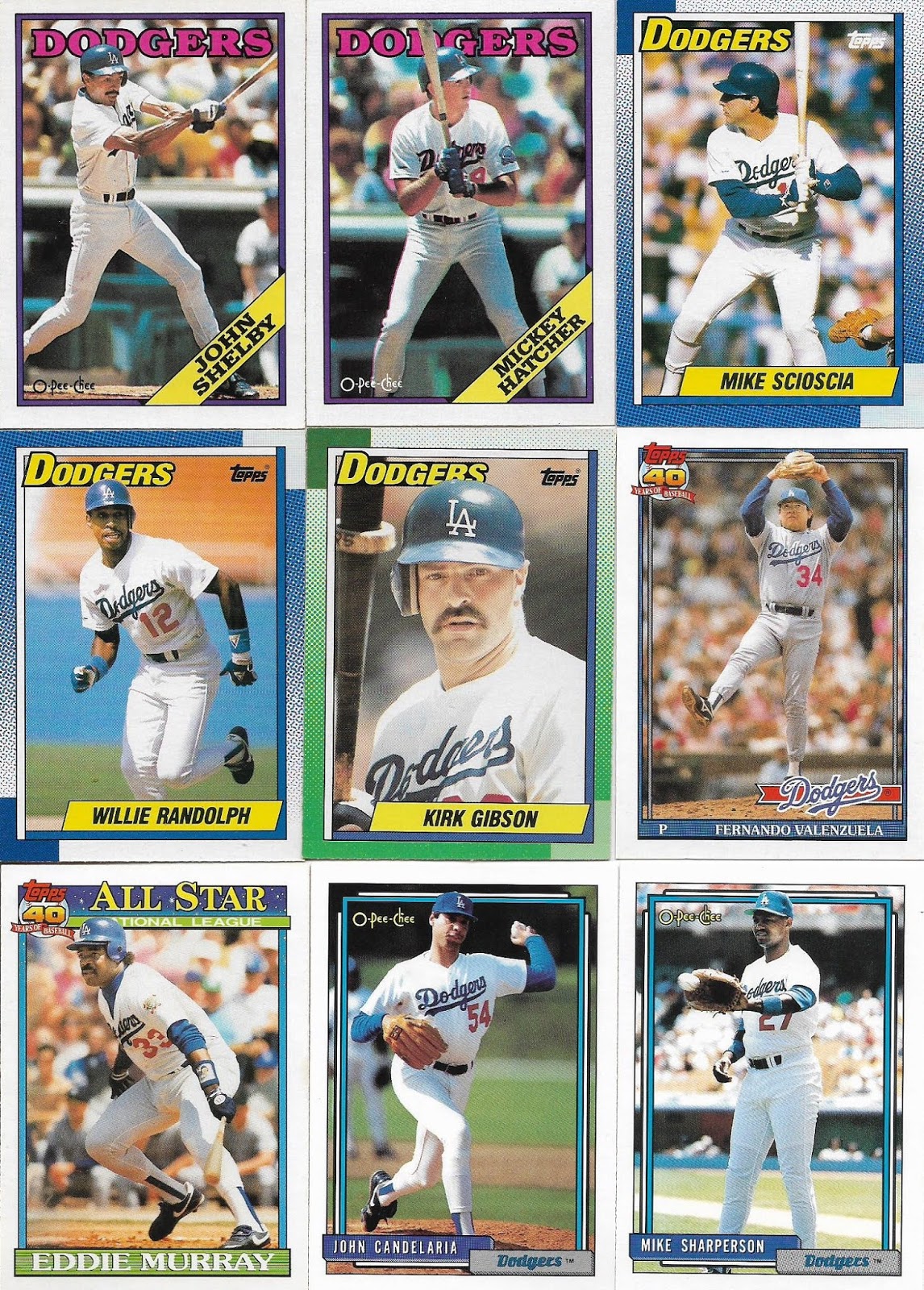 All of these are O-Pee-Chee Dodgers cards that I needed (the Lasorda at the top of the post, as well). Since I don't have a want list for my OPC team needs, I ended up with a few cards I had already, so fellow Dodger collectors just stake your claim! 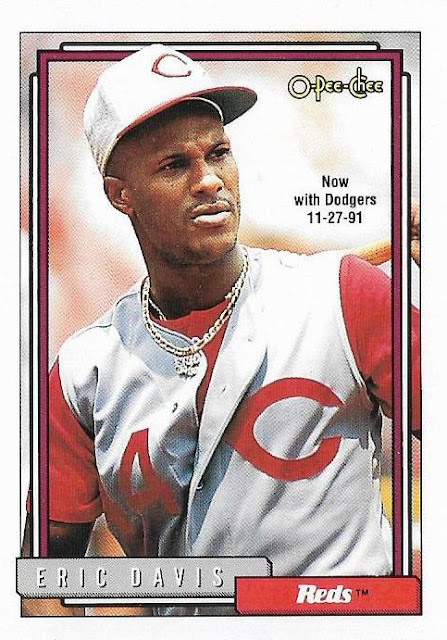 Of course, the best OPC cards are the ones that state their O-Pee-Cheeness proudly, either through the "Now With" declaration or the crazy displaying of a player wearing his old team's uniform. Yes, newbie collectors, this Eric Davis card is a Dodger card.

The rest of my 10-cent Dodger finds contained very American cards. Some are flat-out odd because they came from that late '90s/early '00s time when I wasn't collecting. 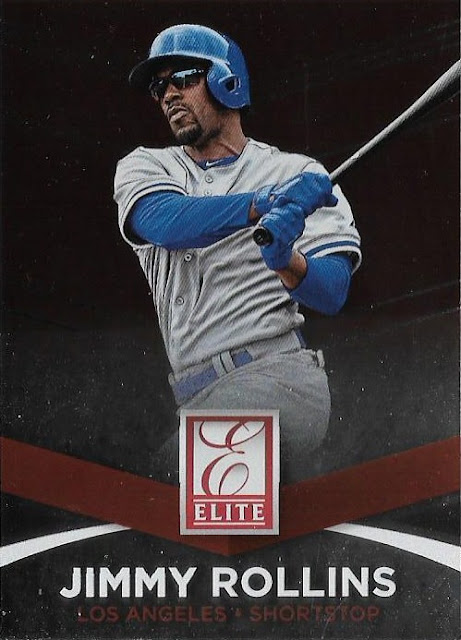 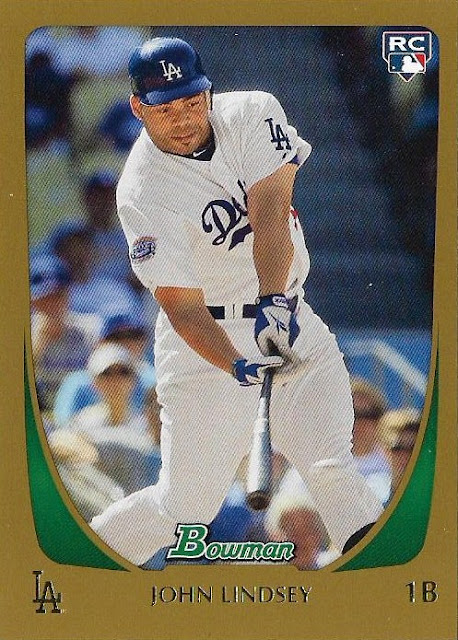 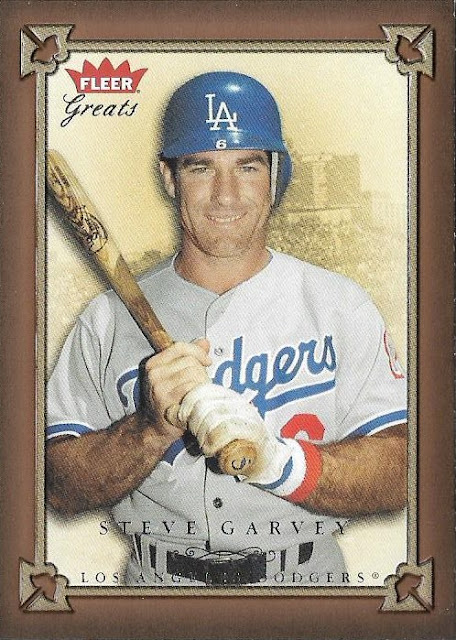 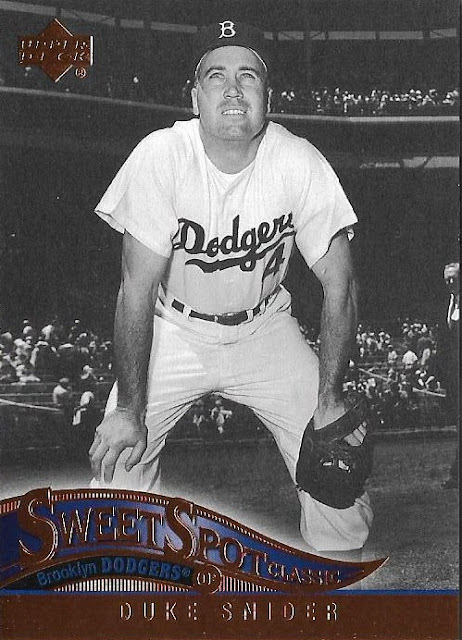 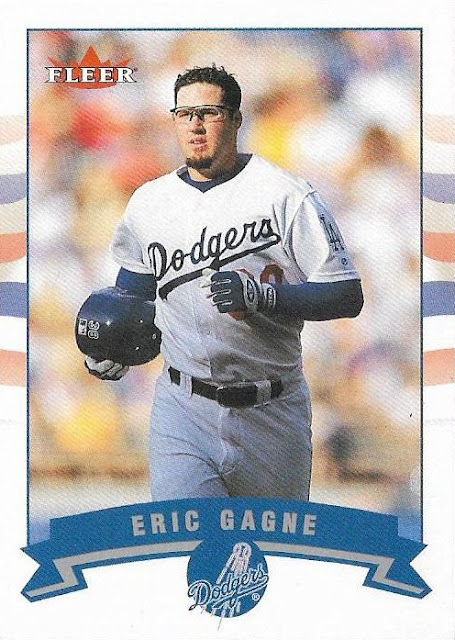 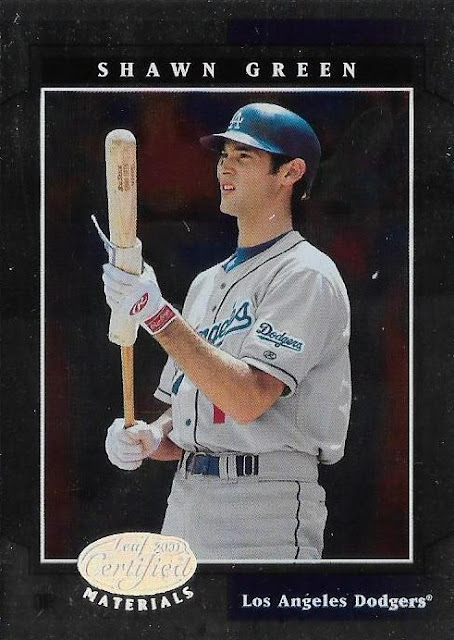 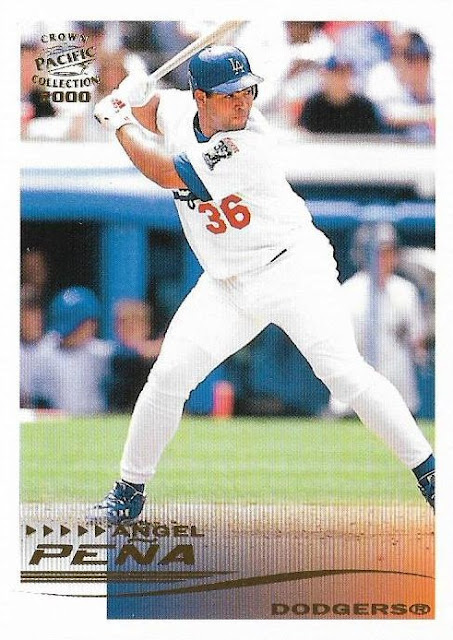 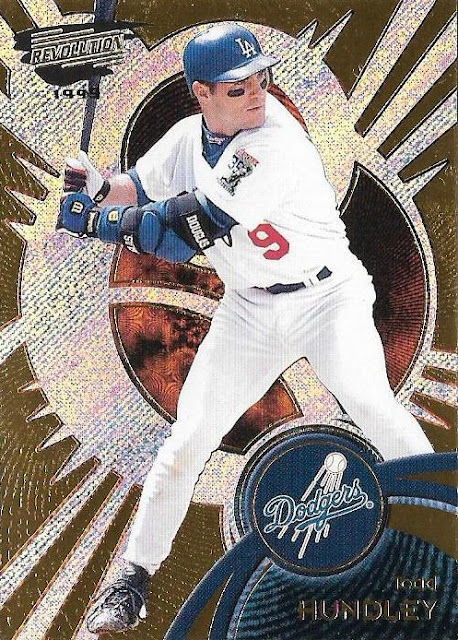 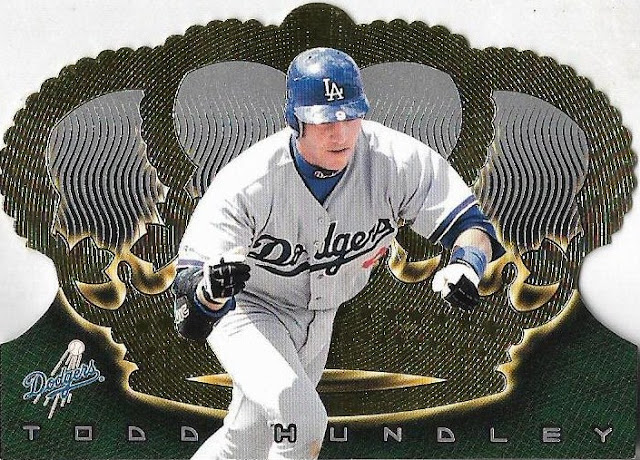 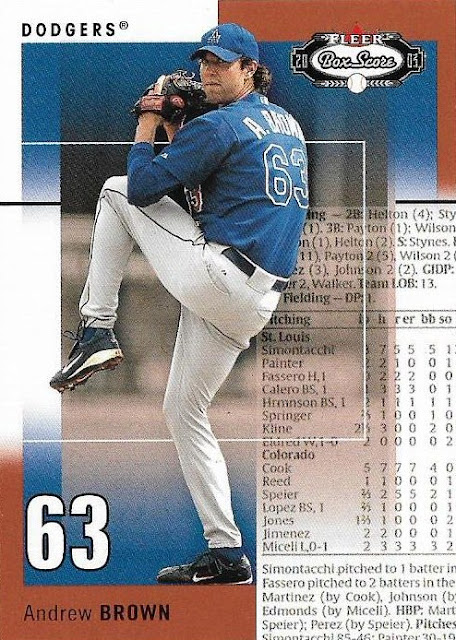 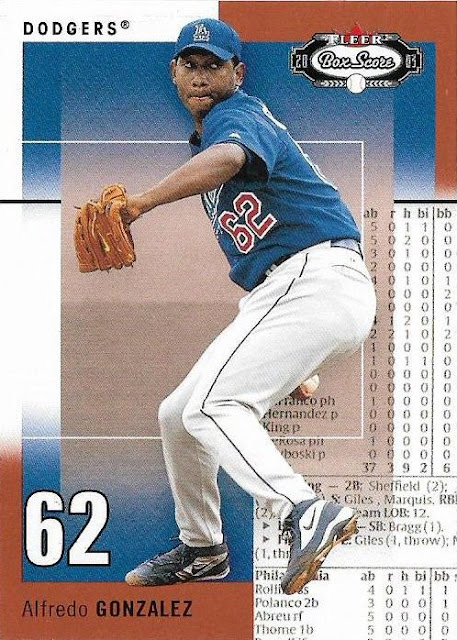 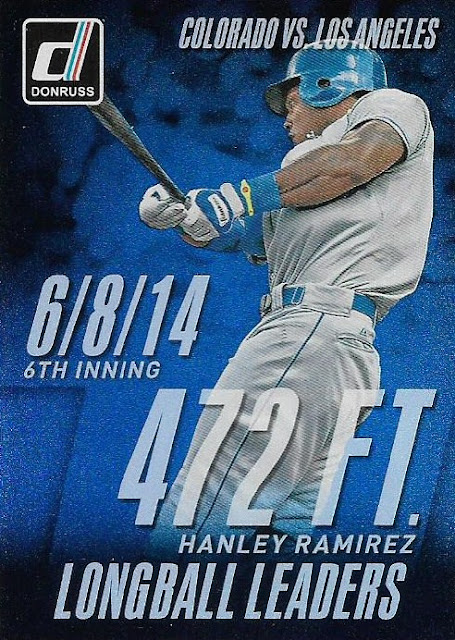 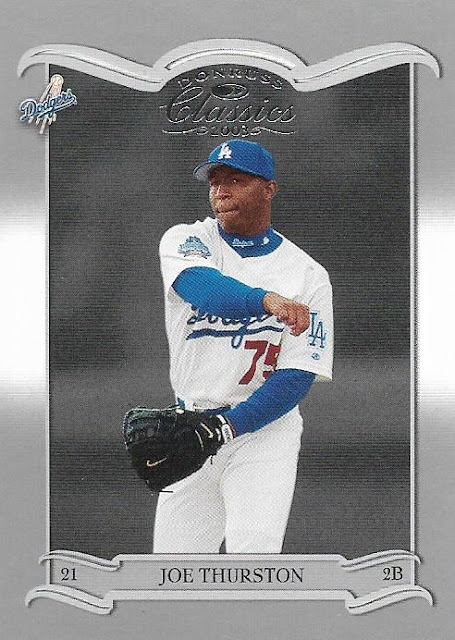 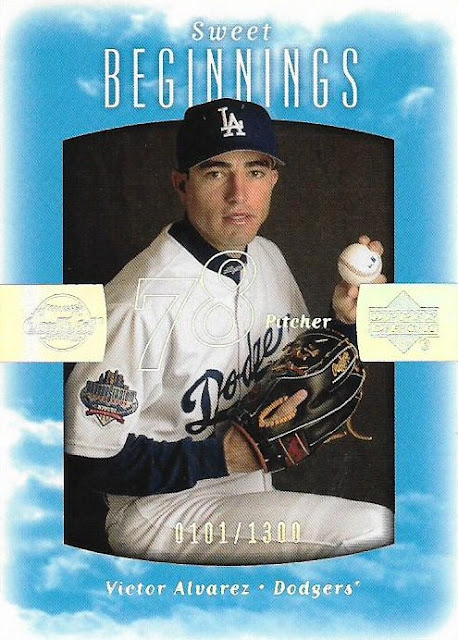 My favorites of these are the legends cards of Garvey and Snider, of course, I'm surprised I didn't own either already. The Gagne card was the first one that I discovered I needed with this order and that's always a special card. The Fleer Boxscore cards with the random report of a Cardinals-Rockies game is way odd.

I ran out of other Dodgers to find though and widened my window to some general baseball items. 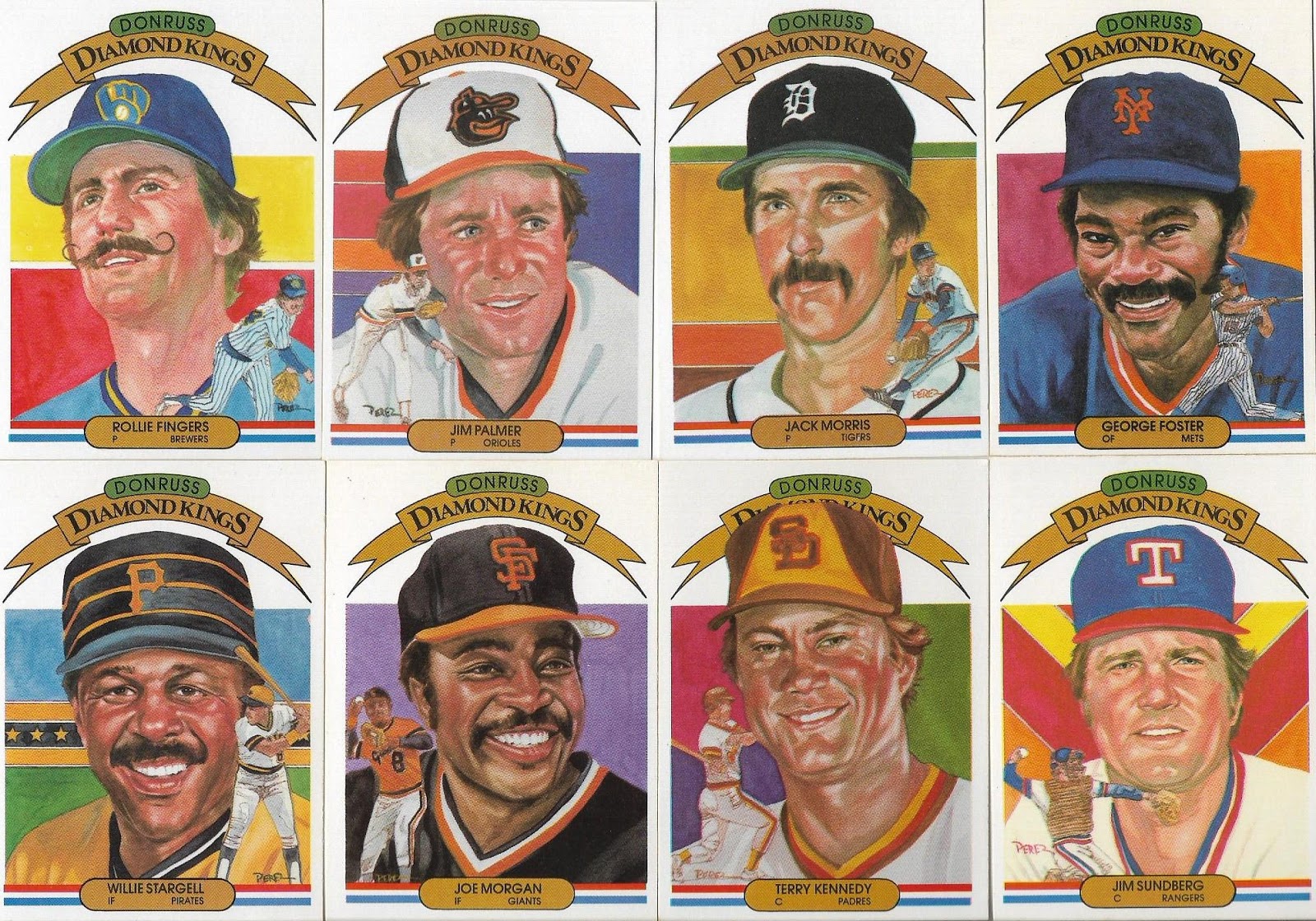 I was hoping for some more 1981 Fleer Star Stickers but that was a dead end. So how about some 1983 Donruss Diamond Kings? If you ask me, it was all down hill for Diamond Kings after 1982 and 1983.

I was open to just about any Donruss card that I needed from 1982 or 1983 but most of what was available were Diamond Kings. I did find three non-DK Donruss cards. Nothing exciting though, and as appropriately priced at 10 cents as anything I grabbed.

Not even the majority of '80s fans remember these guys. 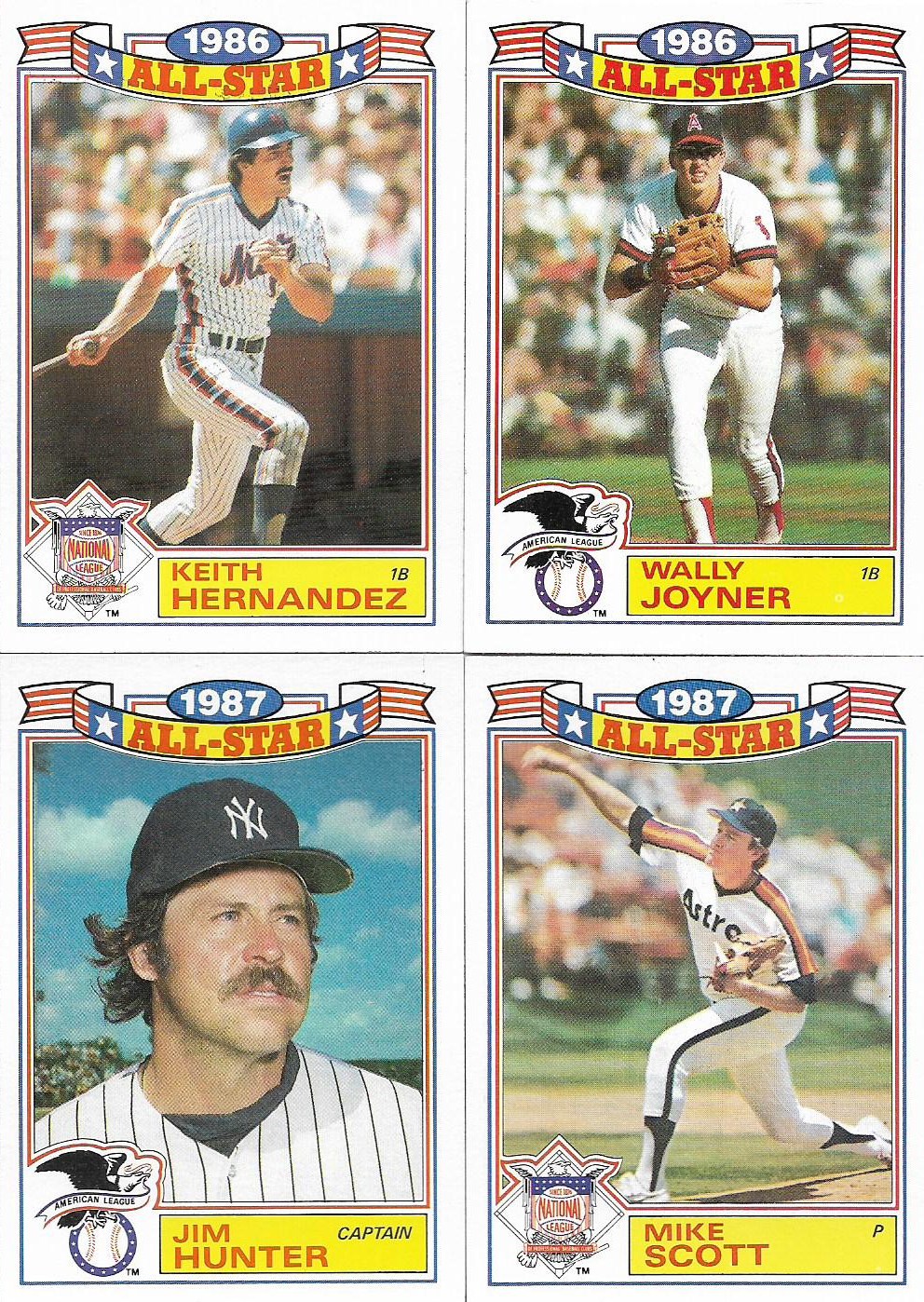 Even though you can find '80s Topps rack pack glossies in every repack box, I remain a sucker for them. These were the exclusives before inserts came along. They were special. Still are.

How about some glossy send-ins, too? I'm partial to the first versions, from 1983 (still trying to complete it), but yeah, I'll take some of the later ones if you're going to give me them for a dime. 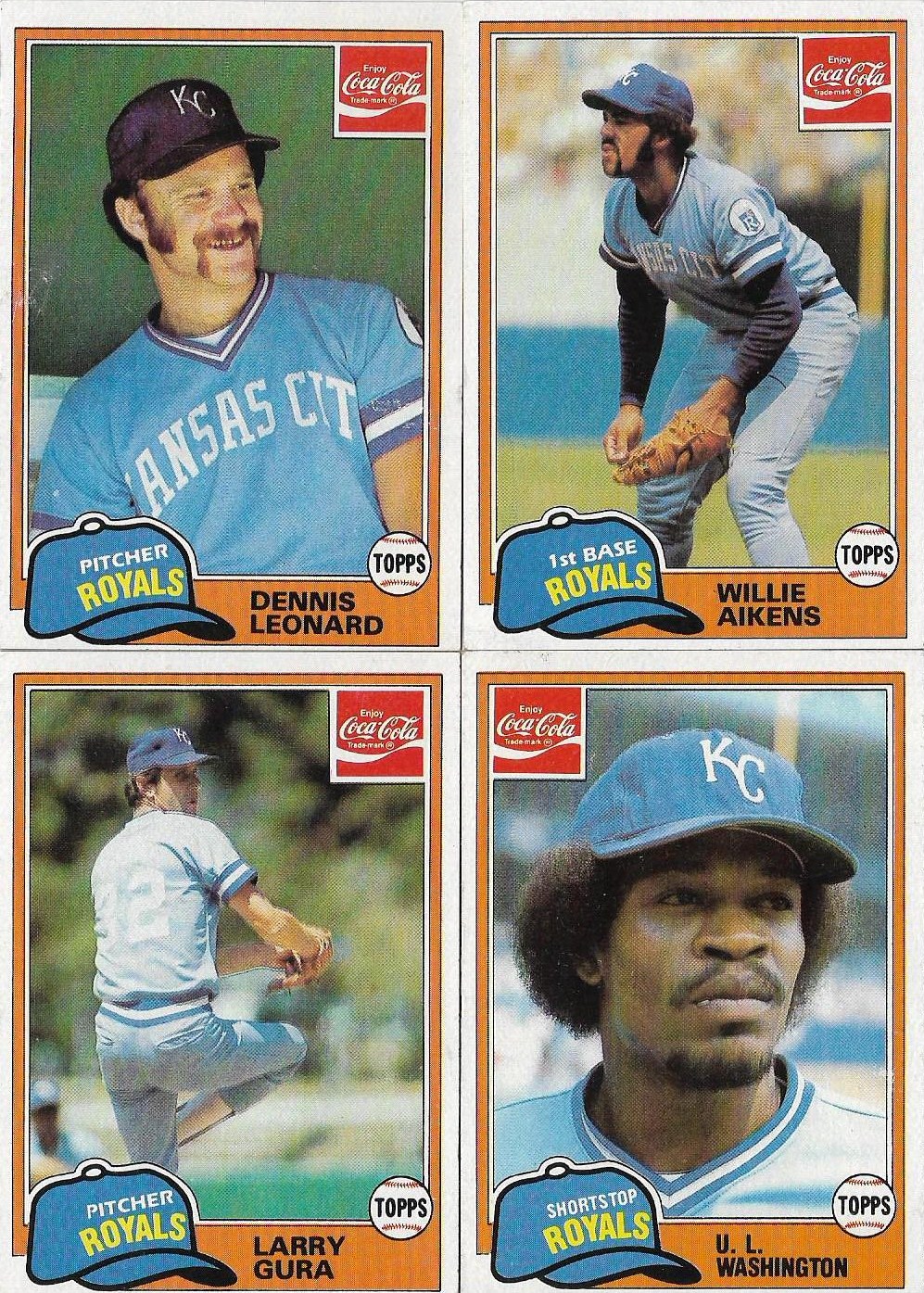 I think you know how much I adore these. It is a goal to get all of these Coke cards from the late '70s/early '80s and same for the Burger King issues, too.

Unfortunately, I think it was Bo who beat me to many of these on the baseballcardstore.ca site. When I took my turn, there were only a few left. I nabbed the few Royals here. 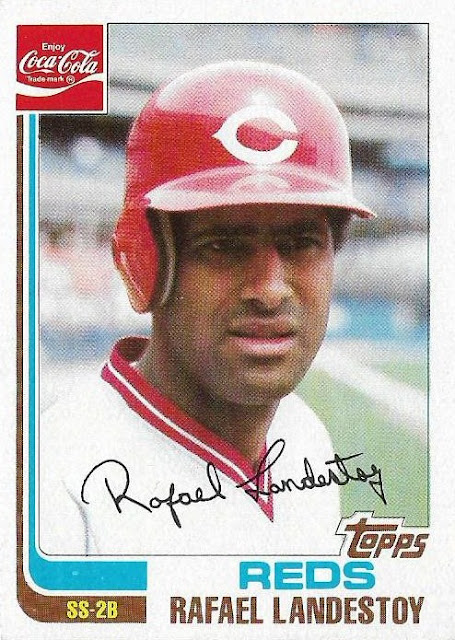 And I grabbed the one '82 available, of former Dodgers farmhand, Rafael Landestoy.

As much as I can't get enough of that Coca-Cola logo in the top left corner, the '82 Coke cards come with an eye-catching bonus on the back. 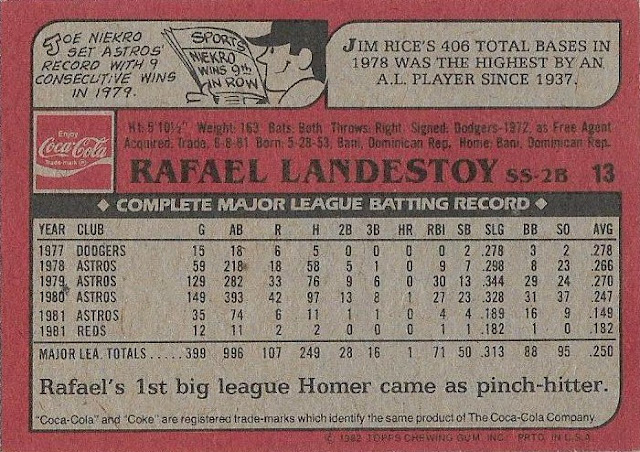 Like the 1982 Traded cards, the backs are red instead of green!!! Cooooool!

But in the middle of this covid vacation I have all the time in the world.

I wouldn't think of it.

Jeremya1um said…
Wow. Angel Pena. Don’t find many cards of him.
Glad you found some card things to do with your vacation. I’ll have to take 2 weeks sometime after the middle of August, and we were hoping to travel, but are anticipating Florida residents having to quarantine so we may just end up staying home, but if the kid is still in school we’re hoping to deep clean the house and organize some things (including the baseball cards). I totally feel you about finding something to do on vacation instead of staying at work, and you’re not the only one who dreams about playing with cards when they are working.
July 21, 2020 at 9:02 PM

Jeff B - Wax Pack Wonders said…
The "now with" cards with the player in their own uniform kind of drive me nuts. But would I prefer a good old fashioned airbrush instead? Decisions, decisions.
July 21, 2020 at 10:27 PM

Fuji said…
Sounds like you're way more productive with your vacation time than I am. I keep telling myself that I need to use this summer break to organize cards, but just haven't found the motivation. Instead... I'm building a puzzle, brainstorming lesson plans, reading blogs, and putting on some pounds.

Nick said…
Great finds here, especially those Coca-Cola cards! I'm gonna have to set aside another chunk of time to barrel through the Online Dime Box again. There's gotta be more stuff I need waiting over there.
July 22, 2020 at 12:59 AM

The Snorting Bull said…
I have yet to check out the online dime box, but I have heard a couple of different collectors mention it. I am going to put it on my "Things To Do While Stuck At Home" list since I am running out of home improvement projects. I love that U.L. Washington card. That's his toothpick in the corner of his mouth, correct? Always one of my favorites as a kid just because of the toothpick.
July 22, 2020 at 1:29 PM

Peter K Steinberg said…
Great card pick ups! And I hear you on vacation. Take it! I never really thought I could do a staycation, but by the end of August I'll have used about a month of vacation days just staying at home. It's glorious.
July 22, 2020 at 7:21 PM

bryan was here said…
Ah ha! Now I know where my Landestoy went! After reading your post regarding Baseballcardstore.ca, I decided to visit myself and place an order. I loaded up on '82 Donruss Golf and some early 90's Soccer Shots MISL cards, I was looking for oddball 80's baseball. Found that Landestoy while searching for a Clint Hurdle. Added it to my cart, placed my order and waited.
A couple weeks later, my package comes. Inside, on top, is a dime taped to a cut index card. I turn it over and it says, "Refund for 82 Coke Reds Rafael Landestoy".
And now, as I get to the end of your story, I see it, big as life, taunting me. Laughing at me.
At least I know it's in a good home.
July 22, 2020 at 8:56 PM