I'm such a tease 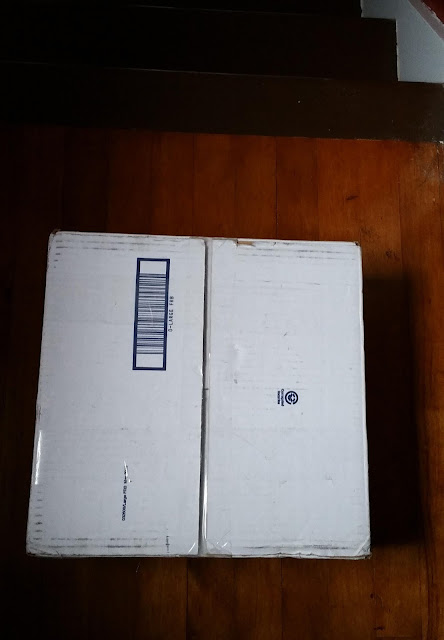 I posted this photo on Twitter of a card package I received yesterday. I had set it on the upstairs landing for a moment because I was carrying a couple of other things and the package was heavy. It's 18 pounds.

But all 18 pounds aren't taken up by cards. That's me being a little evasive there, but I don't have the time today to display all the goodies within.

Let's just give you an idea with a brief question-and-answer session:

Are there new cards in there?

Is there vintage in there?

Are there oddballs in there?

Are there non-baseball cards in there?

Are there nonsports cards in there?

Are there pretty lady cards in there?

Are there Nebulous 9 needs in there?

Is there other stuff in there?

All right, that's enough of that. The box is from Dave, who has sent me many great cards over the years. He said he's had to do a purge of some of the cards in his collection, and he sent me anything he thought I could use. That's awesome.

Here is just a smidgen -- five cards -- from inside the package. 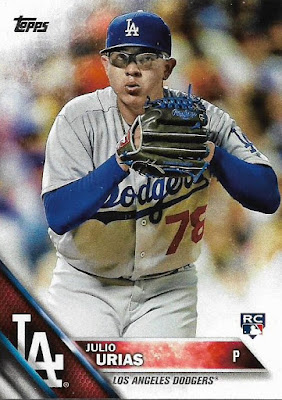 This is the last Dodger base card I need from 2016 Update. No more base Dodgers to get from any of that foggy flagship series. What a beautiful day. 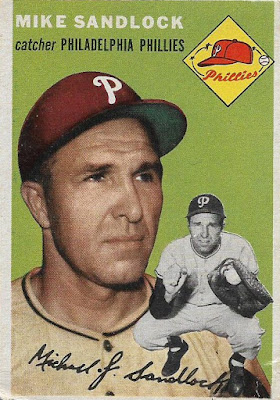 This 1954 Topps Mike Sandlock card harkens back to a post I made on the current longest-living major league players and whether I owned a card of any of them. 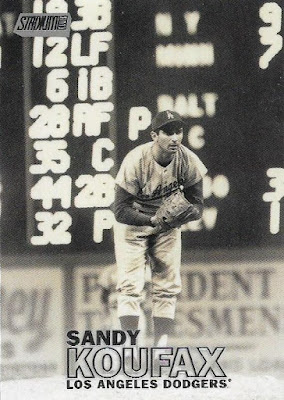 This is one of three Dodgers that have eluded me from this year's Stadium Club. It's the one I wanted the most, because it's a likely candidate for the best card of the year. 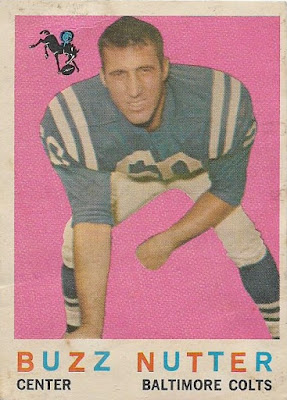 A classic. It's Buzz Nutter's 1959 rookie card! For reasons only my imagination could tell you, I always thought the tiny horse logo on Nutter's shoulder was a buzzing bee. I'm slightly disappointed, but I only have to repeat "Buzz Nutter" to myself five times and I'm over it. 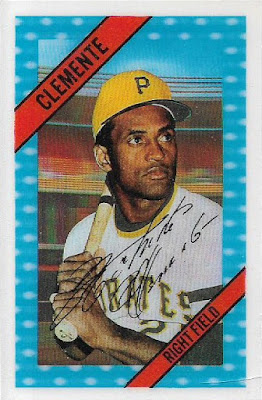 Final card for now. You all know Roberto Clemente's final Topps card, from the 1973 set. But what about his final Kellogg's 3-D card? That came in 1972 and a more finer specimen you cannot find than right here. Stupendous.

That's all I can do for you now. Sorry about being a tease. I'll spill all the beans tomorrow.

Tony Burbs said…
You mean there was better stuff in that box than a "Buzz Nutter" card?? I await with eager anticipation!
December 6, 2016 at 8:08 PM

CrazieJoe said…
Geez, with those five, does make me wonder what else is there. I look forward to finding out tomorrow.
December 6, 2016 at 8:44 PM

Fuji said…
That Kellogg's Clemente is such a cool card. I just added it to my top 10 most wanted list and it might just be my next big vintage purchase. Can't believe this card wasn't on my radar until now.
December 7, 2016 at 1:18 PM