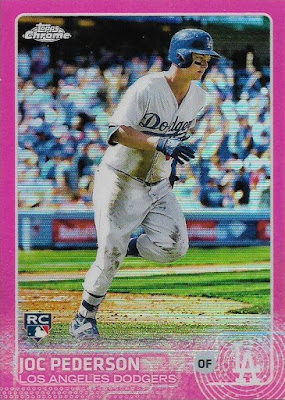 You know me, I like to mix my card acquisition posts with my card observation posts and other silliness. It keeps things interesting, both for me and the reader.

But the packages have been arriving at such a rate that I've been forced to rethink that for this week. After all, it is the week before Christmas, and it just seems like the thing to do, to show off the giving and receiving. Plus, as I mentioned yesterday, three large packages were stuffed into the mailbox on Tuesday. I need to address these before the holiday.

And I'm going to do that on three successive posts. That will bring me right up to Christmas Eve, and I'm sure to be in a very festive mood then after all the recent cardboard arrivals.

The first fat package I'm going to address came from Adam of ARPSmith's Sportscard Obsession. Adam's back in the swing of things on his blog, which I'm always glad to see.

He sent one primary item that made up the bulk of the package. But I'm going to show the few other items in the package first, such as the pinkie chrome Joc Pederson. 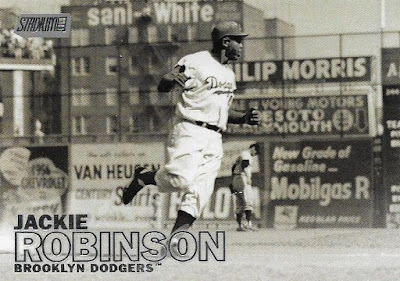 This excellent card pained me a little because I had just purchased it and it arrived on Monday. I should know better buying singles of recent cards, but sometimes you just need to get 2016 out of the way and things aren't moving fast enough! Nothing wrong with having two of these anyway. 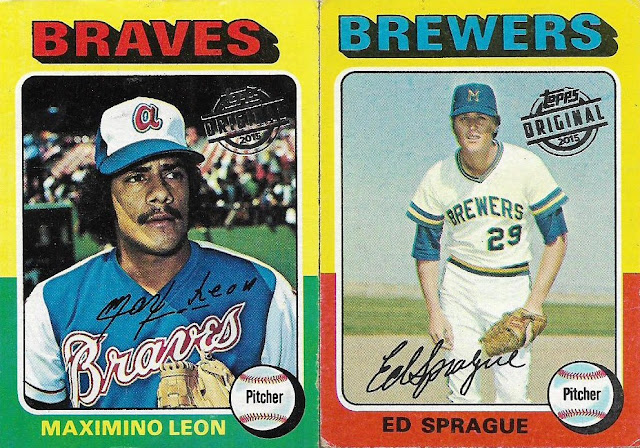 Two 1975 buybacks. I have both of these already. The Ed Sprague is an upgrade, which is unusual for this quest as I don't care about upgrading cards that have already been defiled by an unnecessary stamp. But the previous Sprague is way miscut, so this will restore order.

But buyback dupes shows just how impossible this task of completing a '75 buyback set will be. Not only am I sure that no buybacks exist for a number of cards in the '75 set, but I'm also sure there are many of the same buybacks, such as Maximino and Ed.

But I am pressing on. Because I like tackling the impossible!

Speaking of which, the bulk of this card package consisted of these: 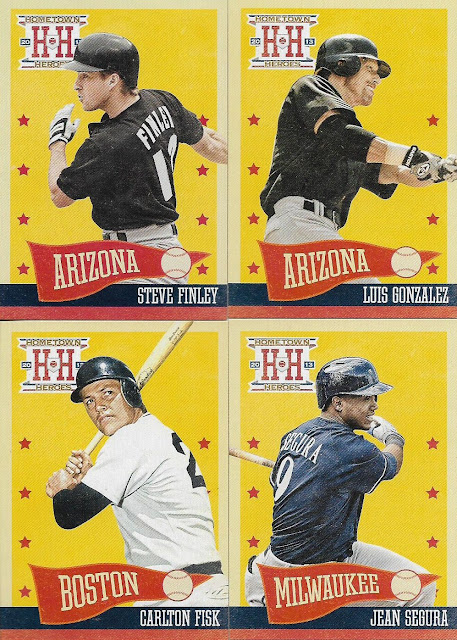 Adam took a scythe to my 2013 Panini Hometown Heroes want list with a whole bunch of retro cardboard from that set.

Since I announced my intention to complete this set, a few people have let me know how aggravating the short-prints are. They consist of the final 40 cards in the 300-card set, and I have a grand total of three of them. They apparently are not easy to find for reasonable money.

Adam even sent me a plea to be on the lookout for the SPs for his own completion quest. These cards are mothers.

And, of course, I just can't complete a so-called "short set" because I need to complete the impossible!

But before I get down in the dumps, here is everything else Adam sent from Hometown Heroes: 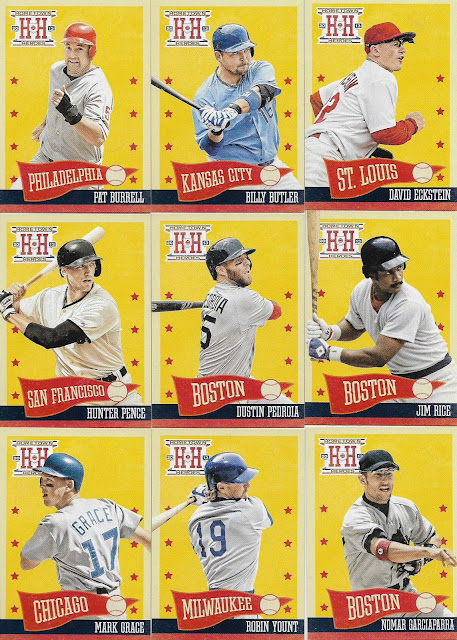 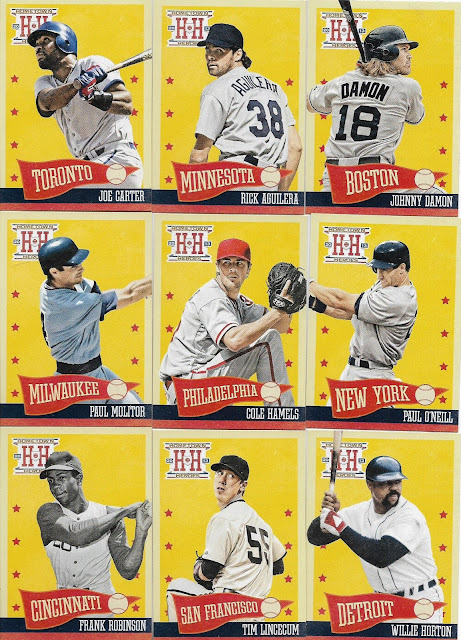 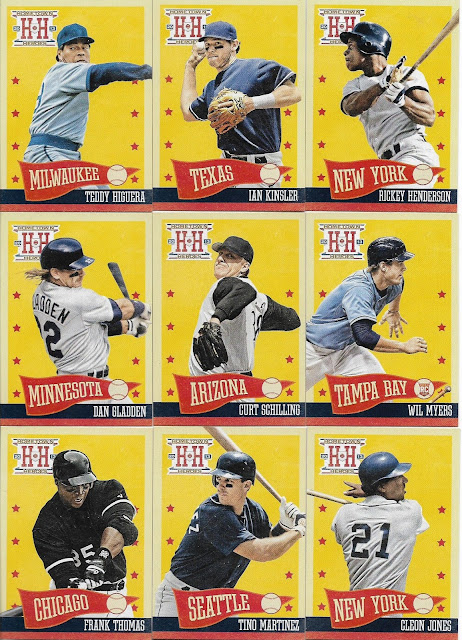 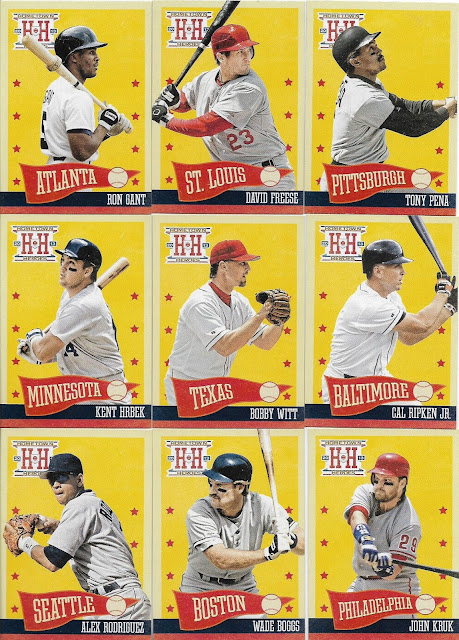 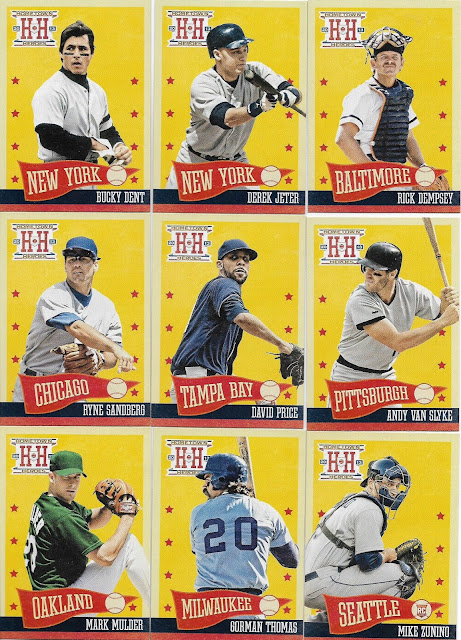 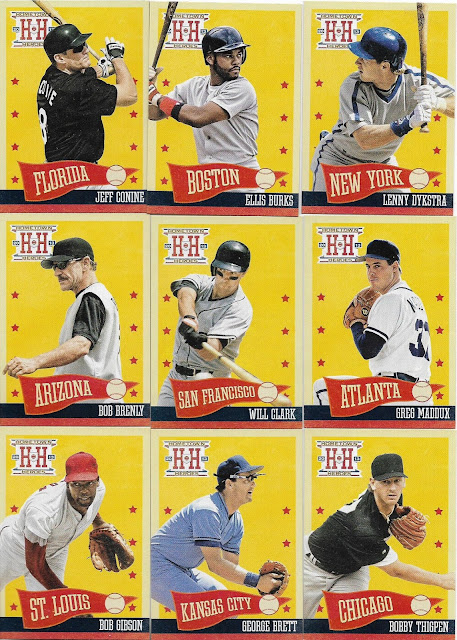 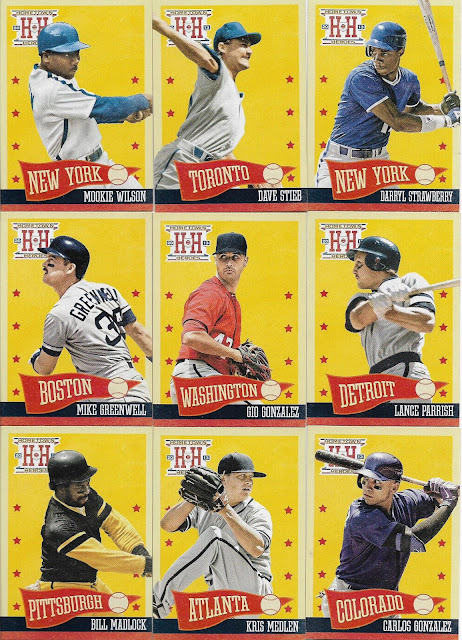 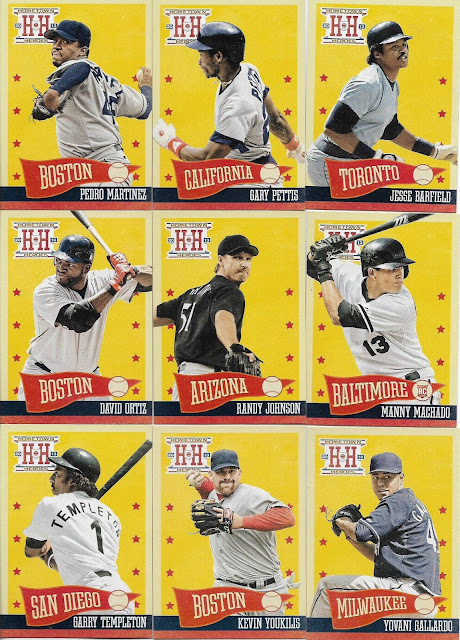 OK! Now I'm in a much better mood.

(Yes, I lined up all the cards on the scanner by hand. I find that tedious but not nearly as tedious as putting them all in page pockets and scanning them).

How can you not love a set that contains Gary Pettis, Willie Horton, Gorman Thomas, Tony Pena and Bill Madlock. For crying out loud, it's Cleon Jones!!! Do you think anyone would care if this was a set of Yovani Gallardos? This set lasting just one year is a travesty.

My guess is that I will do my best to obtain the remain base cards from this. But then I'll probably drop my quest like a hot potato after that, until I'm good and ready to search out short-prints. I may like the idea of attempting to complete the impossible, but I get a bit lazy about the actual practice.

Up next, a doozy of a package. But not the dooziest.

Tony L. said…
Thankfully it is not a complete set of Yovani Gallardos. That would not have sold out in Milwaukee in 2013 moreless anywhere else.
December 21, 2016 at 7:44 PM

Stealing Home said…
Yeah, nothing wrong at all with two copies of that Robinson card. Fantastic.
December 22, 2016 at 1:17 AM

BobWalkthePlank said…
I opened soooooo much of this set. It was fun, affordable and made great trade bait.
December 22, 2016 at 8:45 AM

Fuji said…
That Jackie Robinson card is fantastic. Love seeing all of the vintage advertising signs in the background.
December 22, 2016 at 12:23 PM