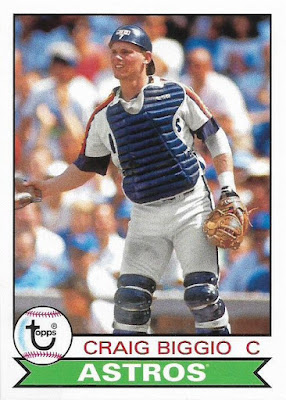 I'll be writing my usual year-end spectacular in a couple of weeks, and that always includes a reference to the best cards of the year.

But I don't feel like I'm undermining that post by participating in a contest by the newly named (damn, I've got to look this up, my Latin sucks) Eamus Catuli! blog. It's a cool contest idea: write about your favorite 2016 card acquisition.

This is a little difficult for me since 2016 has not jumped out as a particularly interesting year for cardboard. My team didn't win the World Series this year, so I have no warm fuzzies about that. There was nothing issued that made me lunge at the keyboard so I could order it (I'm not much of a "I need that card for my PC" collector anyway). Just about every enjoyable card that I've acquired in the past year was NOT issued in 2016.

You just saw it.

Yeah, that's it. The Craig Biggio card right there. That's my favorite card in 2016. It's not a Dodger. It's not a hit or an insert. It's from a set that I've wished more than once would go away and come back when it's good and improved.

The current version of Topps Archives has been around for five years. I've never been impressed. All-Time Fan Favorites did it better, from the card stock to the look of the cards to the subject matter, etc. Archives fools around with short-prints to an off-putting degree and that's the death knell in terms of me collecting, or even liking, a set.

But then 2016 Archives included the 1979 Topps design in its set. Admittedly, the '79 design has never been one of my favorites. In terms of '70s sets, it ranks near the bottom. I wasn't that impressed when I was collecting it in 1979. But then I saw the Craig Biggio card somewhere online and fell in love with the 1979 Topps set and 2016 Archives at the same time.

OK, I fell in love with just the the 1979 portion of 2016 Archives. And not that super SP part of the set. Those are dead to me. But, oh, what wonderful '79-style tribute cards.

If you collected the '79 set, you know what the photos look like. There are posed shots and half-torso candid shots and action shots. Most of the action shots are shot from far enough away that the player's full body, or at least his full body down to his shins, is shown. This was pretty commonplace at the time, but it stands out quite a bit in today's Topps era of making sure we can look up the nostrils of players.

The Biggio card is a particularly great tribute because it looks very similar to this card: 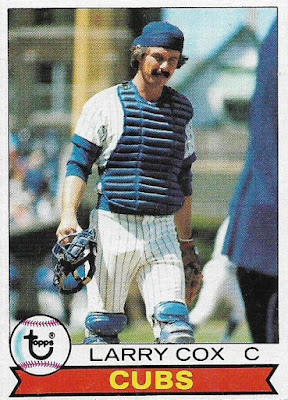 And that's why I like that Biggio card. It takes me back to collecting the '79 set, one rack pack at a time.

The Biggio card also recognizes one of the '79 set's trademarks: it is a very catcher-friendly set. 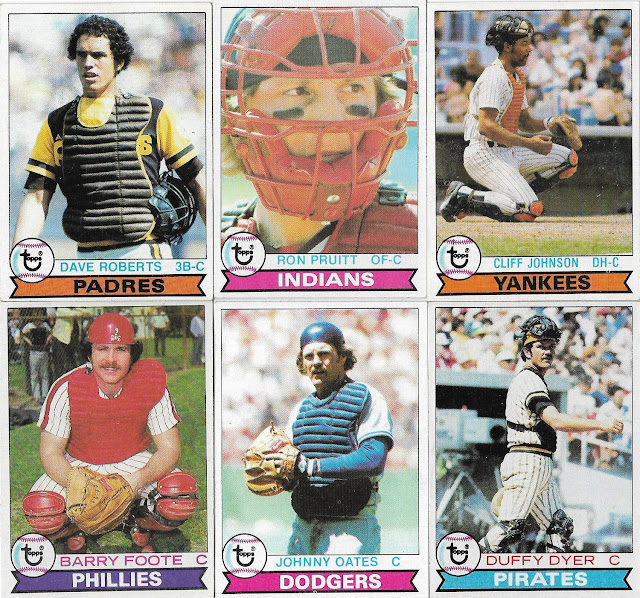 The Biggio card, and others like it, prompted me to collect the '79 portion of the Archives set. It is the first time in my collecting career that I have collected only a portion of a set (that was not a subset). That's how momentous that Biggio card was. 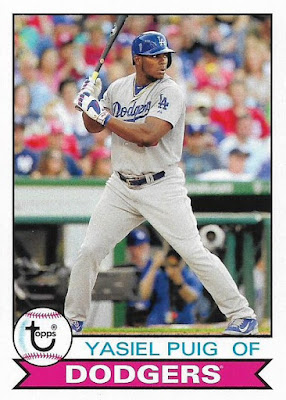 Here is another card from the Archives set that got me to collect the '79s. This Yasiel Puig card immediately evokes '79 in my mind. I can practically hear "What a Fool Believes" coming over the loudspeakers. 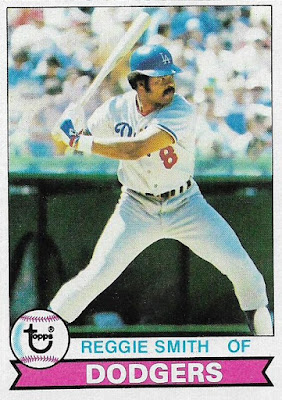 It is a nod to this very similar card, and one of my favorite Dodger cards from 1979.

The 2016 Archives set is almost Heritage-like in its attention to detail. I don't know if I was so dismissive of past Archives sets that I totally missed this or whether this is an upgrade in the Archives effort. But I don't remember any Archives sets being as dead-on as the '79 and 1991 treatments in 2016 Archives.

Here are some Archives cards of players pretending to follow through on their swing. This was a typical pose in the 1979 set. 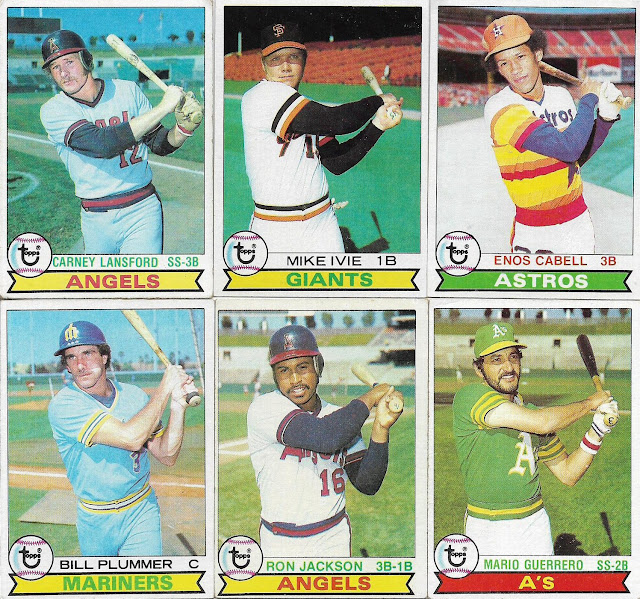 There you go. Hazy, lazy batters on the backswing.

Of course, since Archives features mostly modern players, you can never get it quite right. 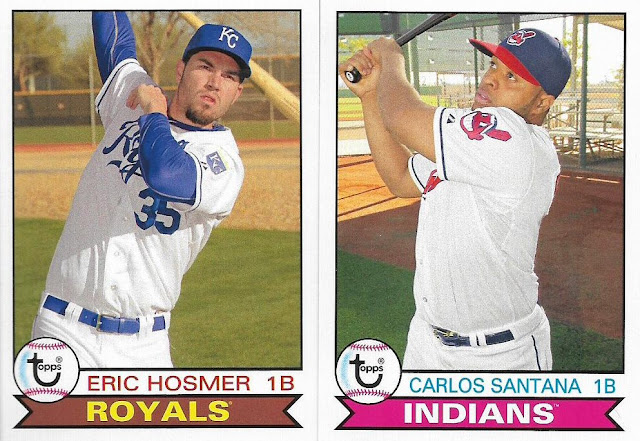 There's the typical modern-player ego, pretending they launched a ball over a skyscraper. There is none of that in the 1979 set. 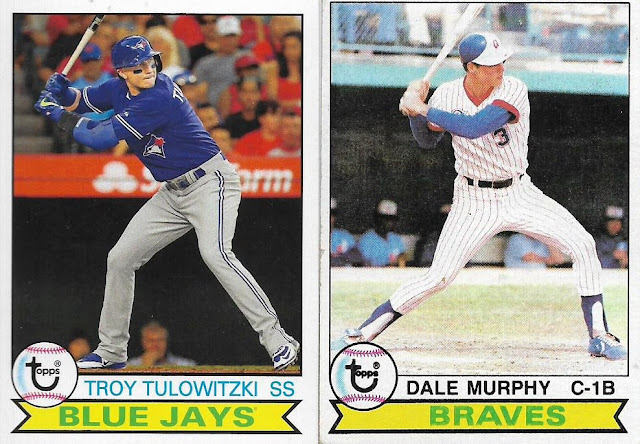 But Archives does do well with other images in comparison to its '79 cousin. Lots of full-body batting stance shots. 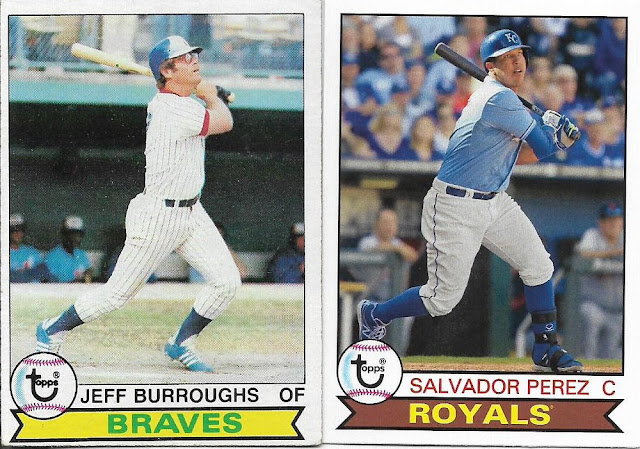 And charging out of the box shots. 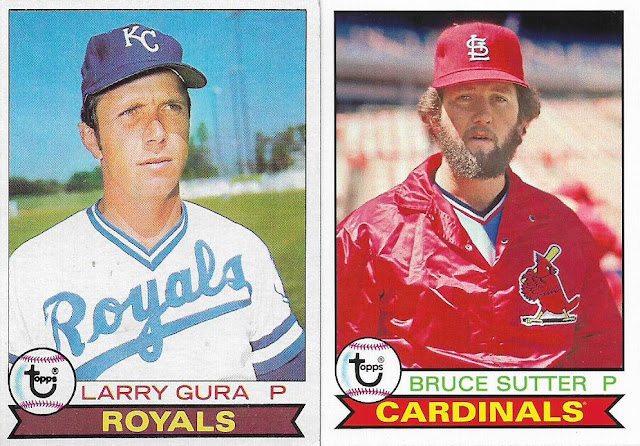 And staring into space shots. 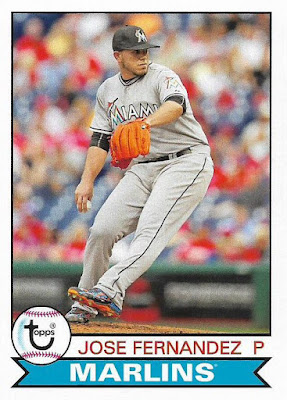 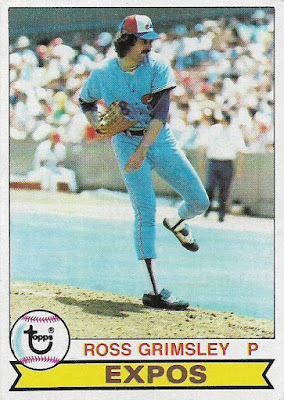 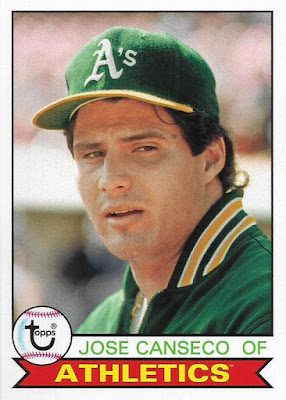 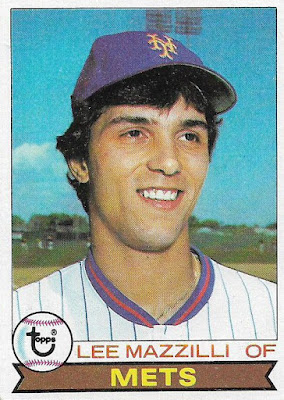 And your matinee-idol close-up du jour. 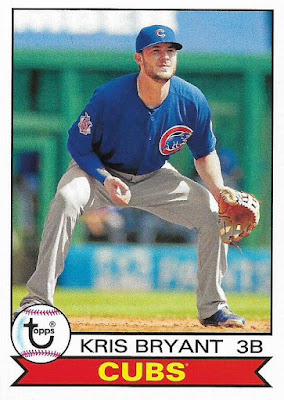 I couldn't quite find an equivalent for Kris Bryant. 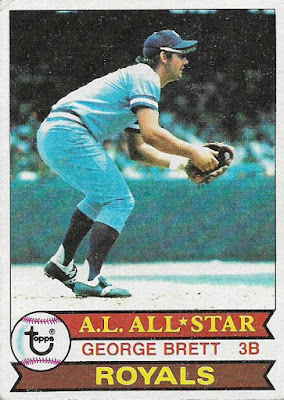 But this is close enough. Too bad Archives went without the All-Star banner.

There is a similar Archives card to the Craig Biggio card that if I saw it first maybe I'd be babbling about that as my favorite 2016 card. 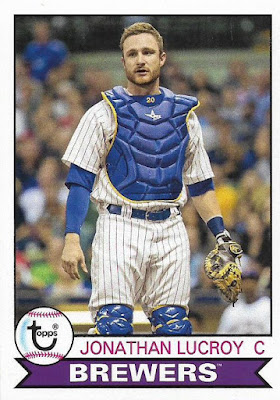 Archives will never totally get it right. Some will always squawk about the fonts, and the uniform styles are all different now, along with grooming styles, and new teams that didn't exist then.

But I am now five cards away from completing the '79 portion of Archives (Betances, Felix Hernandez, Frank Thomas, Ozzie Smith, Lou Gehrig). And there is no way I would have made any attempt at completing an Archives set if they didn't remind me of the cards I collected in 1979.

It's a sign that someone at Topps remembers, or at the very least, cares. And that's important to me.

Nick said…
Dang, I never realized how great of a year '79 Topps was for catchers. I, too, wondered if Archives has been terrific all along and I was just missing it. I think that might be part of it -- it took me until this year to realize how much I enjoyed 2015 Archives -- but 2016 really did feel like a huge upgrade from Topps because of the precise attention to detail you mentioned.
December 15, 2016 at 1:02 AM

Fuji said…
Not the biggest fan of the 79T design either... but I enjoy it for sentimental reasons. Back in the early 80's, when I first started collecting a neighbor gave me a giant box of the stuff. For a few years... it was the oldest cardboard in my collection.
December 16, 2016 at 8:33 AM