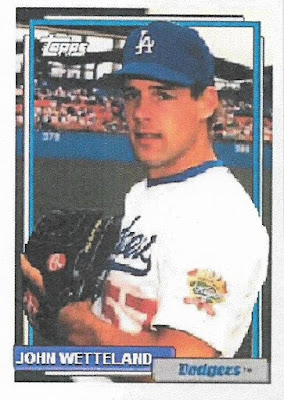 Then there are people who take that set devotion and advance it, and that's when I think ... "how do they have the time?"

OK, I'm also impressed with that, too.

Jeremy of Topps Cards That Never Were and Completing The 1992 Topps Set has demonstrated that kind of drive with the '92 blog. He has created a custom card of every player who appeared in a major league game in 1991 and is showing them on his blog. That is some kind of set devotion. I don't ever see myself doing the same thing with the 1975 Topps set.

The '92 set is Jeremy's favorite and I've got to admit it's a pretty good one, although it does mark Topps' departure from traditional card stock, and, oh, what a tangled web we're in now.

Recently, he printed out some of his creations and offered to send the Dodgers to me. I gladly accepted and now I have custom cards of players like John Wetteland and Mike Christopher and Dennis Cook, who never appeared in the '92 Topps set (some appeared in the traded or MLB debut sets). 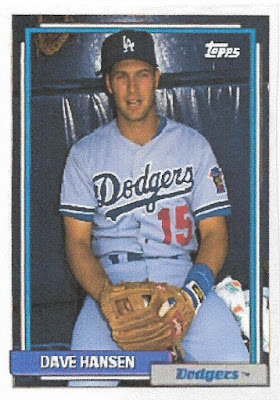 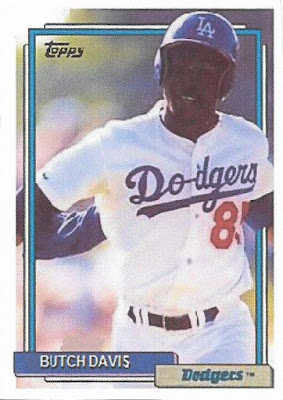 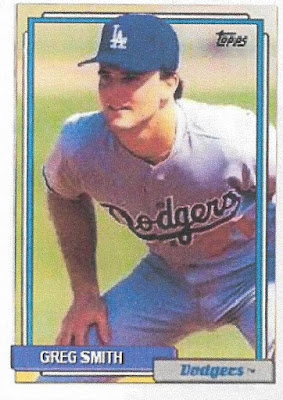 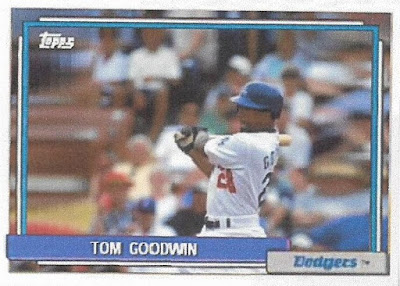 Pretty happy to have a Butch Davis Dodgers card. The former Royal from the mid-1980s played in a single game for the Dodgers in 1991. 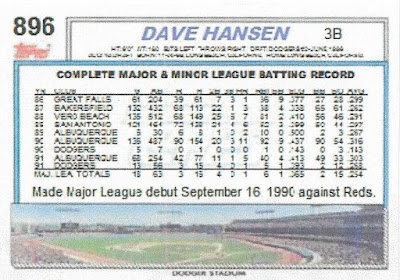 As you can see, he produced backs with numbering and everything. I can't imagine what goes into getting all that stuff right, fonts and all. 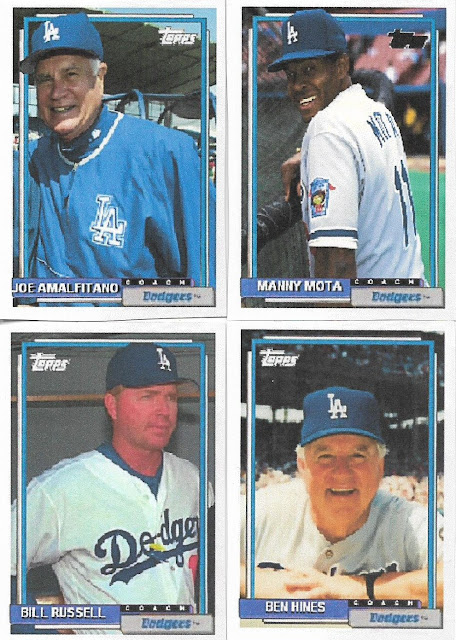 Look! He even made coach cards!

Jeremy said he's still working on the printing process, but in the meantime I'll be adding these to my new custom cards binder that I believe I mentioned recently. I've received so many over the years that they deserve their own enshrinement.

Jeremy added one more card to the package that he didn't make. 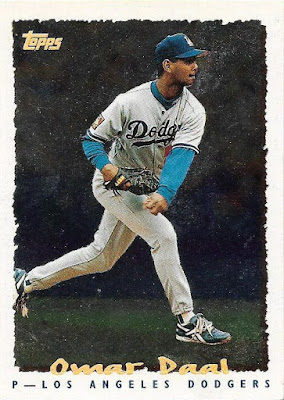 The is a former Nebulous 9 need. The last Dodgers cyberstats parallel card from the 1995 Topps set that I needed to complete the set. I now know how all of the 1994 Dodgers would have done if the season was completed according to some computer program from late '94/early '95!

By the 1990s, the number of collectors devoted to sets had dwindled because of inventions like above. I suppose it's all part of the evolution of things, but I miss the days when every collector I knew was devoted toward the same set. Things are much more fractured.

But as long as we have some people out there still focused on one set, like Jeremy, it will be all right.

Tony Burbs said…
Fantastic work - he even nailed the photo selections, which look like the imagery that was scattered through the real set. This guy knows his stuff!
December 12, 2016 at 10:16 PM

Fuji said…
Very cool customs. It's truly a good thing that I have no idea how to mess with images and fonts, because there are just way too many custom cards I can envision making. I'll just leave it up to the experts like Jeremy.
December 12, 2016 at 11:55 PM

Anonymous said…
That is a very dedicated level of attention and devotion to creating customs. Can't imagine the time and commitment to finding every image...not to mention the stats on the back!!!
December 13, 2016 at 2:32 AM

Jeremya1um said…
Thanks for all the compliments, and Greg thanks for posting them. Fuji-let me know any customs you can come up with and I'll see what I can do. Karensjer at gmail dot com
December 13, 2016 at 2:20 PM