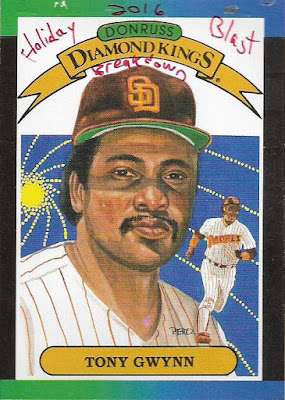 Everyone knows what this is by now, but at the time that I pulled it out of the package, nobody had shown their Baseball Card Breakdown Tony Gwynn rip card on the blogs yet.

So I took a casual look around the card, with mild interest, wondering how many 1989 Donruss Diamond King Gwynns Gavin must have. Then I flipped it over. 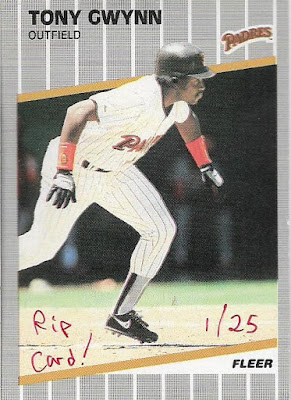 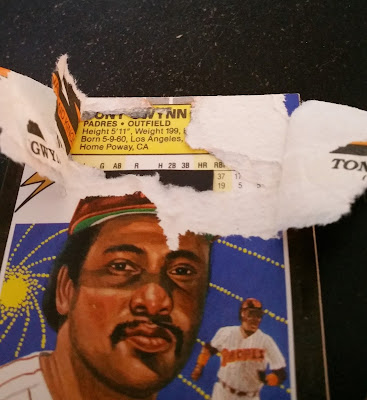 When I first started ripping it, I thought I might be unearthing a black-border mini. 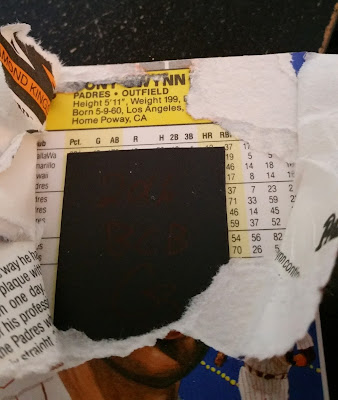 But I quickly deduced that it was a magnet of some sort. 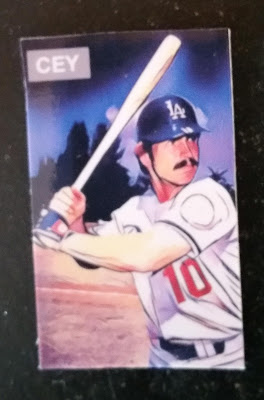 My magnet is the best magnet. It's a splendid mini magnet of The Penguin. 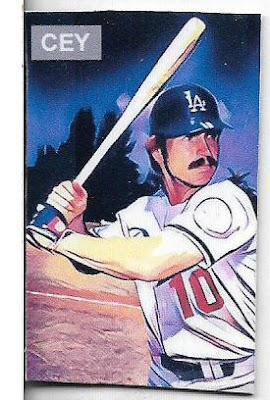 Here is a closer look. Cey is playing ball on starlit field, which makes this better than the best magnet.

The rest of the items in Gavin's Holiday Giveway package where a little more regulation-sized.

Some 2016 Diamond King Dodgers for my collection. (Only one still with the team). 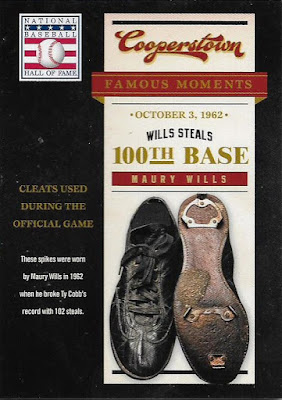 More Panini products, this one showing off Maury Wills' spikes, worn during his record-breaking 1962 season. Damn right, this goes in the Dodger binder. 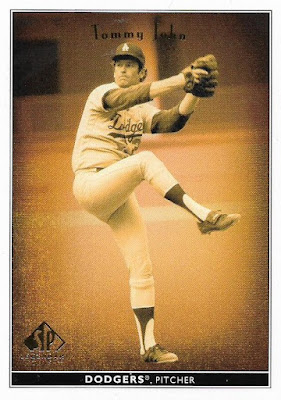 No lie: I put this card in my COMC cart two days before Gavin's envelope arrived. I love deleting things out of my cart. It's like crossing off items on the to-do list. 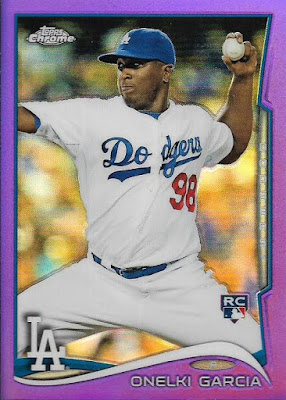 More Onelki. This guy got way more cards than he deserved. 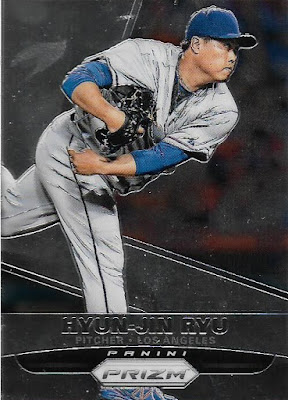 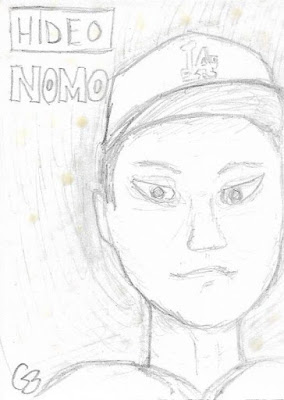 Here's something a little more exciting that scanned like crap. It's a glow-in-the-dark sketch card. I gave it a quick spin but I think I did something wrong as I didn't get the proper effect. Maybe I have to shine it under a light or something. 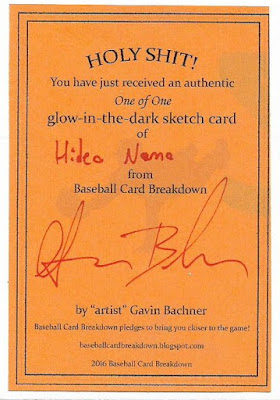 Finally, below are two cards that are not Dodgers at all. But they really enhance my budding, unintentional player collection. 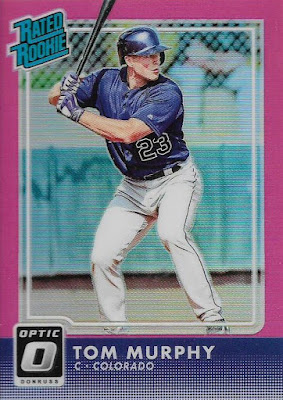 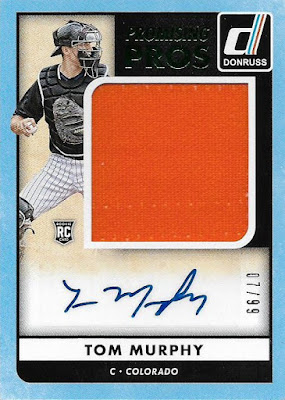 The massive orange swatch is a head-scratcher as the Rockies don't feature orange, or anything from that side of the rainbow, at all. The Rockies' Triple A team, the Albuquerque Isotopes, do feature orange in their uniforms, however, so I'm going to assume that's what this is -- SINCE THE BACK TELLS YOU NOTHING.

OK, it does tell you Murphy is from West Monroe, N.Y., which is why I seem to be collecting him in the first place.

Many thanks for the Christmas gifts, Gavin. Truth be told, I hadn't planned to feature these cards until Wednesday.

Then I went to the mailbox today. Three giant mailers revealed this: 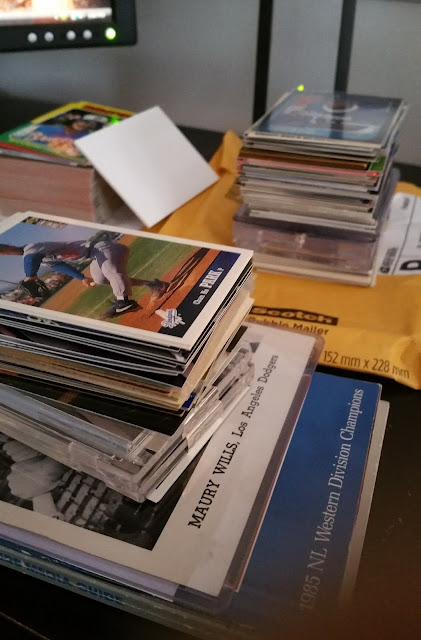 You're going to be seeing a lot more cards this week.

Mark Hoyle said…
Gavin really out did himself. I got a Yaz Magnet. Looks like I spot a Jay Publishing Maury Wills in that stack .
December 20, 2016 at 7:55 PM

defgav said…
Glad you like! As for the sketch card, he's got little glowing dots around him, in an attempt to give a "starry night" look to it, though you may have to charge it up in front for a bright light for a minute then take it in the dark to get it to work.
December 20, 2016 at 8:48 PM