An anniversary ... with cards, of course 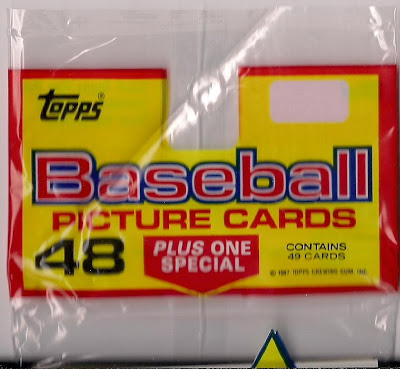 Twenty-five years ago this very night, I started going out with a college girl. We were in St. Louis, on a four-day college journalism seminar. We traveled halfway across the country to get there with 10 fellow compatriots. Many fun activities were achieved. Needless to say, it was the time of our life.

That college girl would become my wife, and here we are, 25 years later.

All of this is irrelevant for a card blog, but I thought I'd do something to recognize that anniversary in a card sort of way.

Yeah, I know. Who cares? 1987 Topps will be available when we're flying around in spaceships like the Jetsons.

First, these are the cards that were out when we took that junket to St. Louis. The Twins had just beaten the Cardinals in the World Series (I took a tour of the old Busch Stadium that weekend. It looked even more desolete in the wake of a Series loss).

Second, this is how I bought cards in 1987. I didn't buy many, but when I did, they were rack packs of '87 Topps from a couple of different drug stores near my grandmother's house.

Third, I still actually need cards from the 1987 set. A lot of them. I have no plans to complete this set. It's one of the few from the '80s that doesn't hold my interest from a purely card standpoint. But I think it would be interesting if I could complete the set without actually attempting to complete the set.

So, let's see what's in this rack pack and how many cards it produces that I need.

Oh, and here's the back of the rack pack:

This is for you, dear: 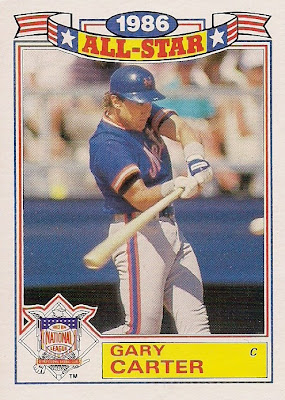 Not bad, considering this was a year after the 1986 World Series. 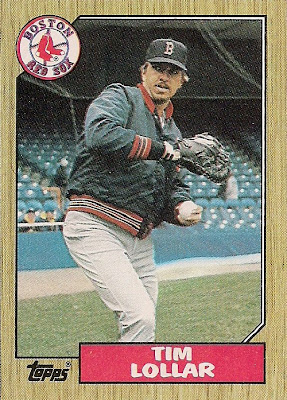 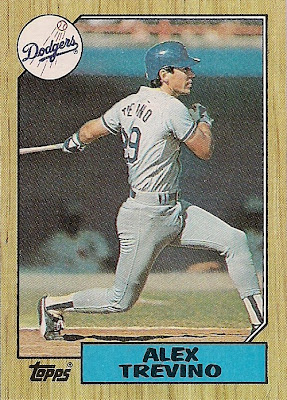 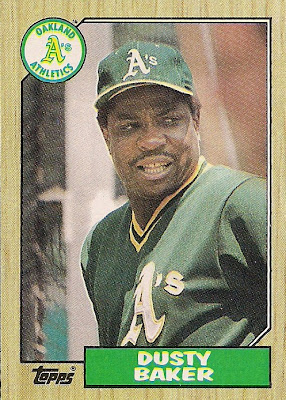 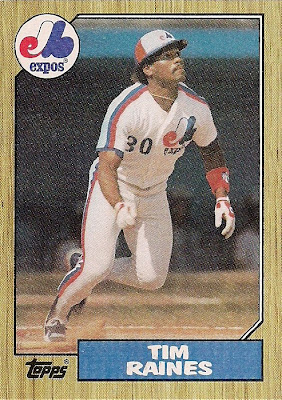 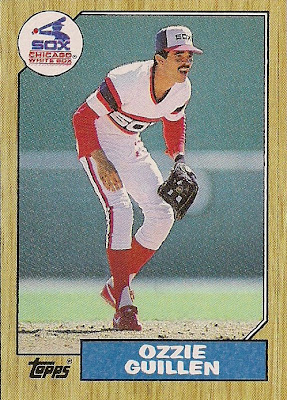 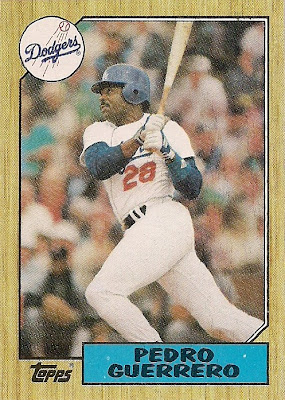 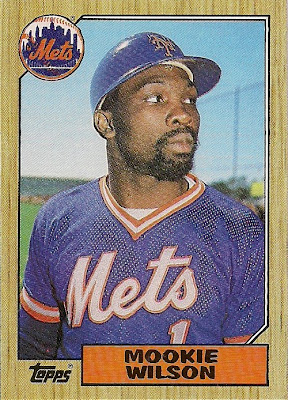 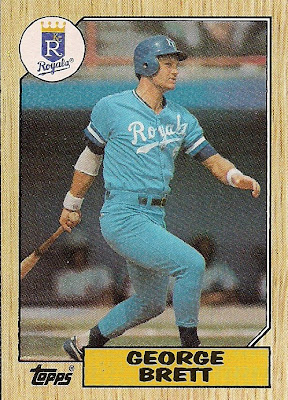 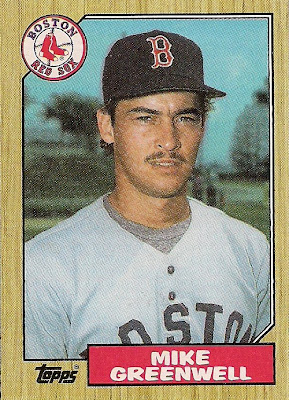 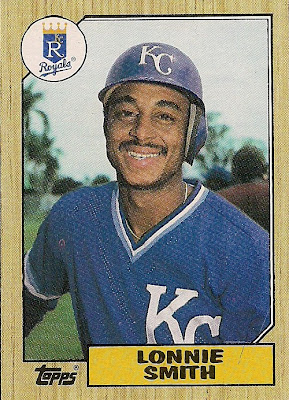 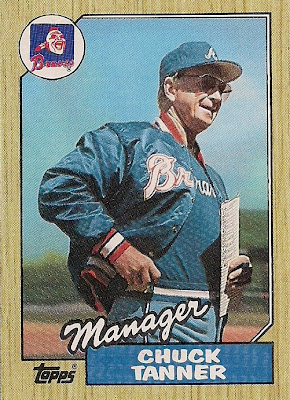 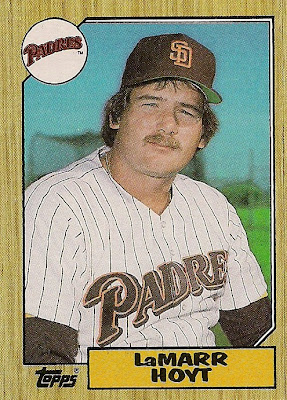 Not the most exciting group, but, hey, cards I needed. 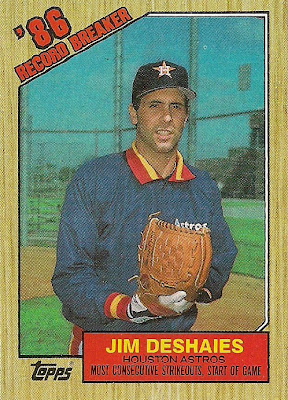 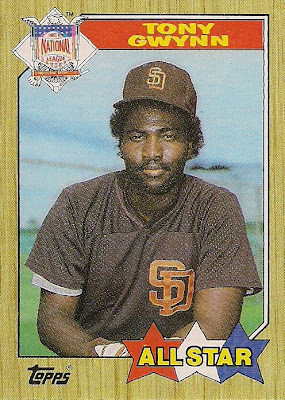 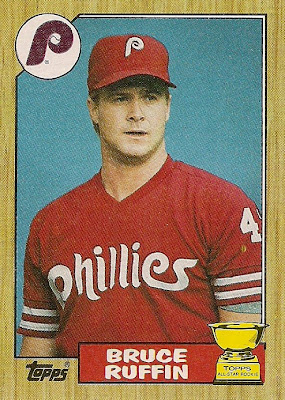 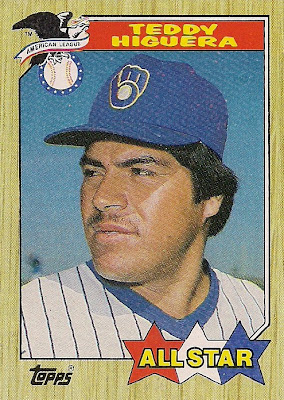 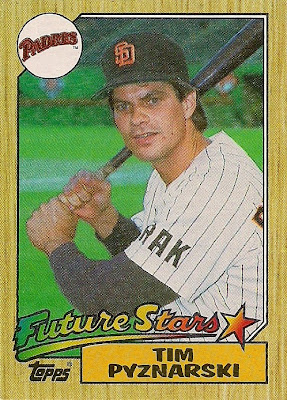 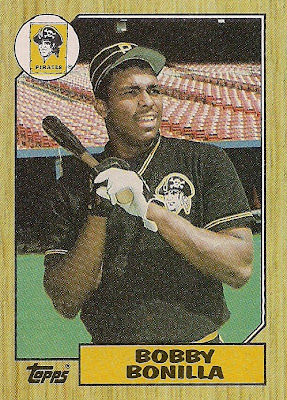 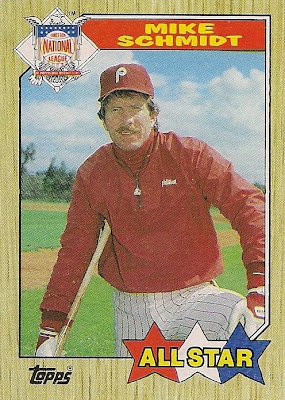 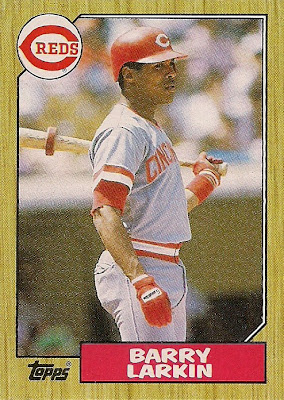 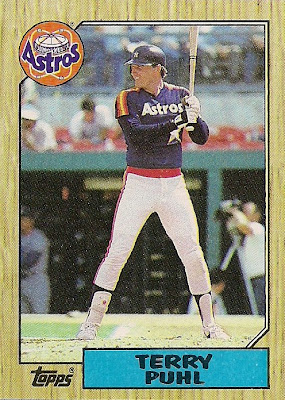 Is it my imagination or are today's cards less fun to open?

Total cards needed out of the rack pack: 29

Now, some of you math majors may have noticed that the package declared that there were "48 Picture Cards Plus One Special" and that it "contains 49 cards," but I ended up with 53 cards.

They're really trying to get rid of '87 Topps aren't they?

At any rate, that was what I was opening 25 years ago when I stumbled across my future wife.

Tonight, the two of us will be wondering when Hurricane Sandy is going to knock the power out. If it hasn't knocked it out already.

hoping sandy turns out not as bad as the hype.

SpastikMooss said…
Can't decide whether to feel old or young. Old that a set made after I was born in 25 years old, or young that you met your wife when I was one.

Commishbob said…
Happy Anniversary to you both.

Keep low and stay inside. This from a guy who lost most of a house to a hurricane born tornado.

Technically, I don't have '87 Topps cards needs. I want to see if I can complete it without anyone sending them to me or intentionally buying cards from the set.
October 29, 2012 at 9:11 PM

Cardboard Jones said…
Happy Anniversary to both of you, and hoping you ride out this storm with no damage!
October 29, 2012 at 9:27 PM

dayf said…
congrats! I've only known my wife 18 years so you got me neat there.

Let me know if you ever decide to complete this one because I could probably knock out your needs by myself.
October 30, 2012 at 9:09 AM

night owl said…
I do not care about Cey cards of him in a Cubs uni. I was going to comment about how disgraceful it was that he was forced to wear No. 11 instead of No. 10 with the Cubs, but I didn't want to get the Santo fans fired up.
October 30, 2012 at 4:50 PM

jacobmrley said…
I always wanted Tim Pyznarski to become a star since that is one impressive Polish eye chart name.