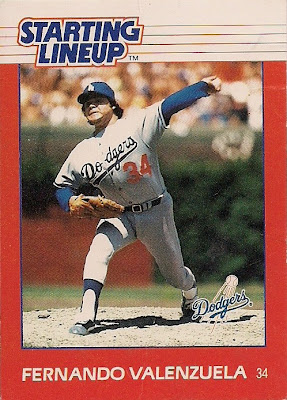 There is a contest about who can act more presidential taking place on television tonight.

In case you haven't noticed, I detest politics, and I detest even more people getting animated about politics. So I'm steering very clear of anything that has to do with the words "debate," "moderator," or "let me finish."

But I know how some people must have things to discuss and questions to answer, so I'll throw this out to you:

I received this Starting Lineup card of Fernando Valenzuela from Classon Ave. a little while ago. It was part of a package of Dodgers and oddballs, which are really the best kind of packages -- there's no debate about that.

Now, the whole Starting Lineup craze did not land in my wheelhouse. When kids were playing with their little SLU figurines, I was figuring out how anyone expected me to attend my 9 a.m. law of mass communication class if the bar was open until 4 a.m. Near as I know, there were little plastic athletic figures that came with accompanying cards.

I've managed to acquire some of the cards over the years through trades, and I'm not too impressed with their quality to be honest. Some are all right. Some are awful. The Fernando from 1988 is on the higher end of the scale. Flimsy, but serviceable.

So, I was shocked when I happened upon this same Fernando Starting Lineup card selling on Check Out My Cards for 20 dollars.

A quick ebay search put my mind a little more at ease as there's a BIN Fernando for $4.50. But even that seems a little high to me. Are Starting Lineup cards that valued?

That's what I'd like you to debate. Or, clue in the clueless collector, if you prefer. Why so much for such an unimpressive piece of cardboard?

And, why particularly, so much for the Valenzuela? The other '88 Starting Lineup cards on COMC go for not even a quarter of the Fernando.

I suppose with all those questions I just posed, that makes me the "moderator" of this "debate."

While you're mulling that over, here are some other cards sent by Classon Ave: 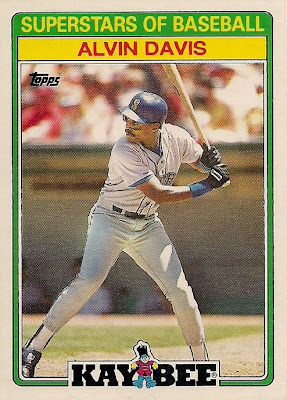 Your average oddball from the late '80s. 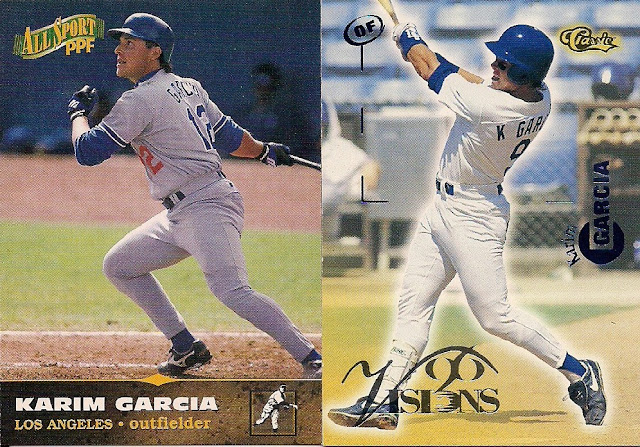 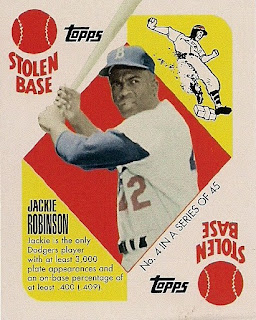 The Target '51-style Robinson card from a couple years ago. I had forgotten all about needing this item. 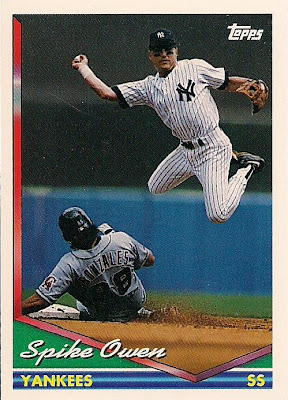 I'm thinking I was sent this card because of this post, in which I said I had no Yankee card of Spike Owen. I'll have to update the post now (yeah, like that will happen). 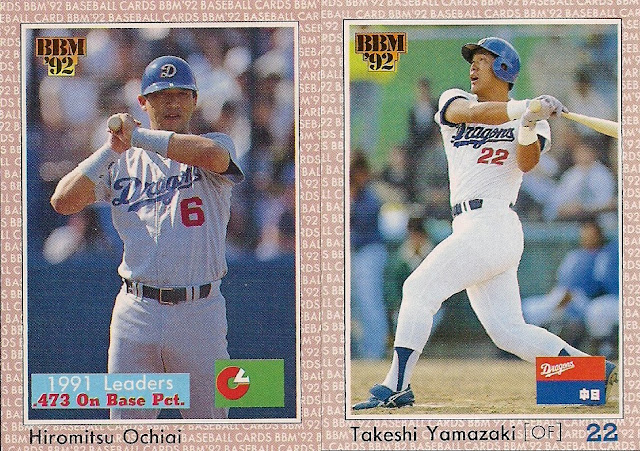 Finally, a couple of Chunichi Dragons cards. The Dragons were known for years for wearing their Dodger-inspired uniforms. I think they have different uniforms now.

This is from some Baseball Card Magazine issue from 1992. I have no idea what it is beyond that.

Feel free to debate exactly what that is, too.

While you're debating, I'll be over here, drinking a beer.

Not that other talky thing.

Mark Kaz said…
Love those Japanese cards! Classon Ave. is the Man when it comes to oddball issues.
October 3, 2012 at 8:29 PM

runfore!kelloggs baseball cards said…
Like anything else for sale, the prices vary greatly. It would probably be easy to get the 1988 Valenzuela figure, card and original package for about $4.50. Even though I like the SLU's I find them at shows for $1 in the package.

I agree about the debate. Our only debate tonight is about Cabrera and the triple crown.
October 3, 2012 at 8:31 PM

dogfacedgremlin said…
There was a big deal made about the "scarcity" of some of the SLUs back in the day, especially with the '88, '89, and '90 issues. That played true across the board for the the basketball and football ones. I don't know if that is the reason for the higher price tag or not but I can tell you that from going to shows in the Chicago area, SLUs as a whole group have been devalued worse than the peso.
October 3, 2012 at 8:32 PM

Nick B. said…
For some reason there is a John Paxson (with a mustache!) SLU that has been in my parent's garage for years, and every time I go over there it's in a different, random spot.
October 3, 2012 at 10:12 PM

JediJeff said…
I have this starting LineUp of Jordan vs. Thomas, with the two cards, loose.