I'm not contradicting myself (I think) 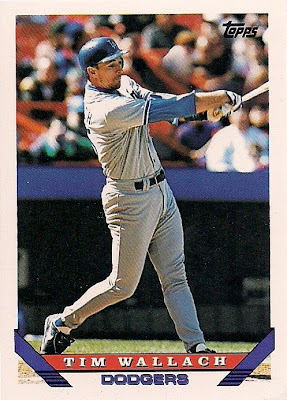 I recently received some pretty cool want list cards from Steve, The Chop Keeper, a Braves fan and operator of The Card Chop.

He saw that he was from a state that I had yet to fill in on my trade map and graciously shipped me some cards so I could do some more coloring!

Here it is all updated and purty: 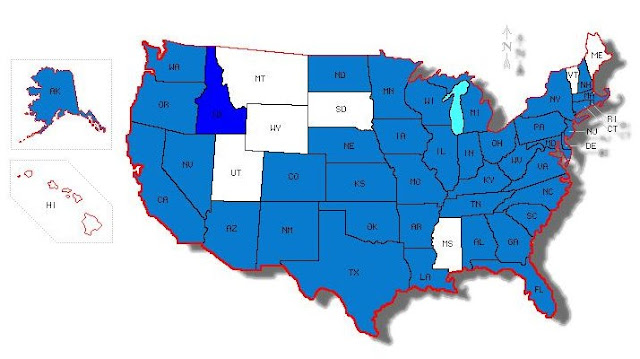 The Card Chop, if you can't tell, is located in Idaho. Which is a long way from Georgia. The things TBS did to people.

Also, for those of you who are following the trade map closely -- and I don't know why you'd do such a thing -- you may notice that I had Louisiana whited out the last time I showed the map, and now it's filled in. That's because I forgot to fill it in the last time, and I must make things of absolutely no consequence right.

So now that this is done, I'm down to needing to transact with eight more states (I recently received a Listia card from Montana, but that doesn't count). Vermont is still bugging the hell out of me. I mean it's RIGHT THERE.

Steve sent me some items that are directly up my collecting alley, especially now.

The Tim Wallach card is a Dodger need from the 1994 Topps Traded set. 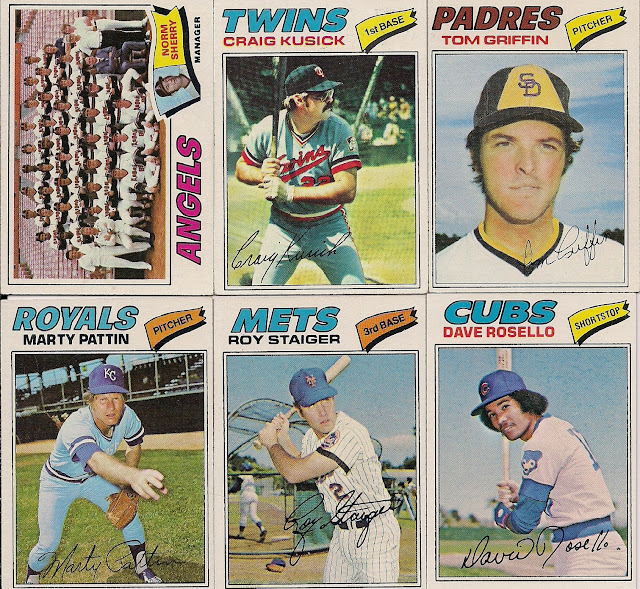 And these 1977 Topps cards are either wants or very necessary upgrades, particularly the Dave Rosello card.

I am also very pleased to have the Roy Staiger "Don't call me Rod Steiger" card. That's one straight from my childhood.

Guess what binder I'll be standing over at the upcoming card show?

But then I received something that made me stand still for a moment: 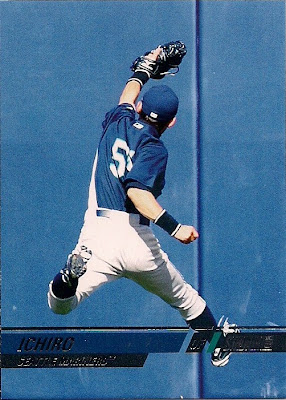 Yeah, great photo. But that's not why I was standing still.

That's a set I tried to complete back in 2008, despite the fact that it is one of those annoying Topps sets that I complained about in the last post. This set was screwed up in myriad ways, one of them being the rookie cards -- cards like Clayton Kershaw -- in which there was one card with a certain photo and then another card, with the same card number but with a different photo.

The other screw-with-collectors aspect of this set is that every card divisible by three was short-printed. Numbered to 999. A base card. Short-printed. 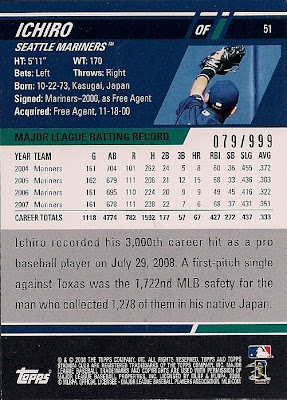 I didn't let nonsense like that stop me from trying to complete the set in 2008, although that's certainly something that would stop me now, particularly as of yesterday.

But then another card came out of the package: 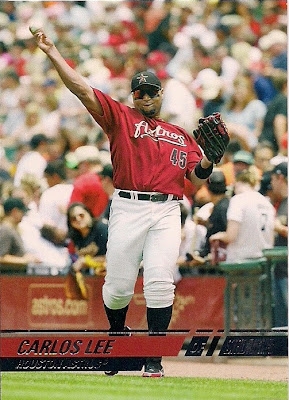 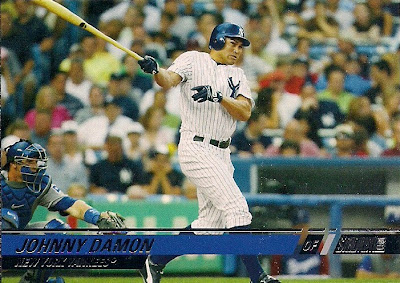 All three of these cards were on my want list.

It's a want list that languished for years because no one had the short-printed, divisible-by-three cards. It had been so long since I had obtained any cards from this set that I completely forgot that it was on my list anymore.

In fact, I think I might have traded away a couple of the "alternate rookie photo" cards because I had given up on thoughts of ever completing the set.

But now I'm down to needing just seven of the divisible-by-three cards to finish off the set (alternate rookie photos aside). That is if I haven't traded any away.

Complete the set, or ignore one of those horribly cynical sets that I railed about yesterday?

In a bit of rationalization, I did say I would not try to complete any MORE sets, referring to sets yet to hit shelves. Sets that I'm already trying to complete -- no matter how unsuccessfully -- should be grandfathered in, right? Like Mariano Rivera wearing No. 42.

So that's what I'm going to do. I'll still keep grandpa Stadium Club up on my want list, where it will grow cobwebs for another five years. It's one of those sets that makes me fume now, but I've got to finish what I've started. I just do.

This is not a contradiction.

I don't know what you're talking about.

Robert said…
moving forward you will not complete any new Topps releases is how I understood what you said.

the 2008 Stadium Club is definitely not a new release...

Classon Ave said…
Great looking post, looks very nice the way it pops up on all the blog feeds in the sidebars everywhere.

Anonymous said…
I agree with PATP - I don't think there's any contradiction in there. If you're close, why not finish it off? In 2008 you didn't feel the way you do now (or maybe just not as strongly), probably because the issues you posted about weren't nearly as prevalent. It certainly doesn't hurt to leave those 7 cards up on your wantlist.
October 19, 2012 at 12:03 PM