The free preview won't go to waste after all 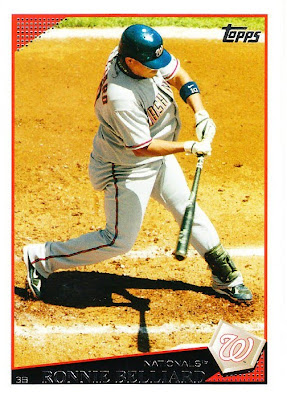 The television and the computer are very important to my baseball-following existence.

I don't live close to a major league stadium. The nearest ones are an all-day drive away, which would actually be a three-day journey -- one day for the trip down, one to watch the game and one for the trip back. I'm not 20 anymore. I'm not jamming all that into one day.

And the one team that I live and die for is all the way on the other side of the country, thank you very much Walter O'Malley. So, even with modern amenities, my ability to follow my favorite team is somewhat limited.

Therefore, I am the perfect candidate for MLB Extra Innings. It has Night Owl bleeding blue all over it.

But I can't afford it. I have a mortgage and a family and a car that suddenly needs brake work. I try to reconcile daily the amount of money I spend on rectangular photographs of ballplayers. I don't need to do that in two different areas.

And that is why the Free Preview of the MLB Extra Innings package is the highlight of every April. For six glorious days, I can watch my favorite team AND random teams that I'll never get to see in this Oppressive Yankees Hell without the guilt.

Yesterday, I watched the Mariners and A's. Tonight, I watched the Orioles and Rays. I will not get to see these teams again all season unless A-Rod is also prancing around the infield. And that tarnishes the whole experience.

But the best part -- usually -- is getting to see the Dodgers. Most times during the Free Preview, they're playing the Giants or the Diamondbacks. But these last few days, because of that spectacularly imbalanced schedule, they kicked off the season with the Pirates in Pittsburgh.

And for two days I was actually regretting the Free Preview. Almost cursing it. Inventing new words to hurl at it. The first game, the Dodgers gave up 11 runs. I won't even get into that. The second game was worse. Errors. Throws to the wrong base. Endless walks. My boy, Clayton Kershaw, can look like a world-beater and absolutely clueless in the same inning. Walking the pitcher twice? Calm down, son.

But today, finally, the Free Preview presented a game worth watching. Chad Billingsley was respectable. Ronnie Belliard was spectacular. Dodgers 10, Pirates 2 (I have revived the Dodger Player of the Gane on the sidebar).

By the way, why can't I get a card of Belliard in a Dodger uniform? Jim Thome was acquired by the Dodgers after Belliard and I have six cards of Thome as a Dodger, but none of Belliard. Meanwhile, Thome is now a Twin, but Belliard is still a Dodger. Topps Total, where ARE you?

Living 3,000 miles away from my favorite team is an experience that those who live close to their team may never know. Every game that I see them play -- because I see so few of them -- is like a playoff game. Simply excruciating. Even in a game played at noon in a near empty ballpark. (Plus the Dodgers slow the game down so much it seems like it's one of those mid-October plodfests).

Next, the Dodgers try to squish the fish. I'll be busy working for most of it. Sunday will be my last chance to see the Free Preview, and then it's back to a steady diet of Michael Kay and Ron Darling-Keith Hernandez.

At least I won't get an ulcer watching those teams.

TheBrooklynMet said…
I know how you feel, and I too love the preview. Do you really think Darling and Hernandez are that bad? I am a Met fan, so am biased, but I tend to think the trio is a pretty good one. Hernandez especially seems very fair and willing to criticize both teams and also praise both teams. I am interested to see what someone unbiased as yourself thinks.
April 9, 2010 at 2:12 AM

night owl said…
Actually, they're fairly entertaining, especially Hernandez. They get a little TOO giddy at times and lose track of what's going on, but overall they're a lot better than what the Yankees have to offer.
April 9, 2010 at 2:19 AM

gcrl said…
Its too bad they opened on the road so there's no vin scully wishing you a pleasant good evening wherever you may be.
April 9, 2010 at 7:32 AM

Field of Cards said…
I bit the bullet and bought the Extra Innings package. It is $179 for the season. Last year I think it was $300 when I called a few weeks in (I passed).

I have never been able to watch my Orioles consistently and this team is just too exciting to miss out.

But the last three days have been intense (three 1 run games). I'm clapping and screaming and cheering. It's ridiculous. And I log onto my favorite Orioles' fan site and we all comment live as the games swing back and forth.

This is the most fun I've had being an Orioles' fan my whole life. I finally feel connected beyond boxscores and 60 seconds of highlights.
April 9, 2010 at 8:31 AM

Dinged Corners said…
Night, well said. Every time I visit my in-laws, I watch a LOT of superduperwidescreen baseball. I see the Mets! Makes for a good visit. We even go to Rockies games when they play the Mets. But the rarity does give each game an, um, unusual level of intensity.
April 9, 2010 at 10:03 AM

dfwbuck2 said…
justin dot tv sometimes streams sporting events that are not available locally...i have caught a couple sabres games on it, its not that reliable but sometimes its better than nothing
April 9, 2010 at 2:17 PM

Anonymous said…
I broke down and bought mlb.tv.. Allowing me to watch on my computer whenever and wherever. Only way I can see the Jays (unless there is the aforementioned A-Rod prancing). =\
April 9, 2010 at 8:09 PM

Spiff said…
I just paid the $20 for the Gameday audio. Lets me listen to all the Rangers games. Not too bad a much cheaper than the video. Baseball is meant to be a radio game anyway if you can't get to the park.
April 9, 2010 at 9:38 PM