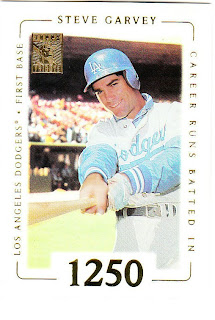 I am one of those old geezers who still listens to music on the radio.

Oh, I get music through other, more modern, means, too. After all, I love music possibly even more than baseball. "Famous musician" replaced "pro baseball player" as my ultimate, unattainable dream job a long time ago. So I have all kinds of music listening devices -- CDs, cassette tapes, and a variety of portable media players. I listen to music online just about every time I blog. I even still own a working turntable that I use to play LPs and 45s when the mood hits me.

But I still lean on the radio. That is probably because music on the radio was there before anything else. Listening to WAAL, WWWT and WMRV on the stereo that I received from my uncle was one of the major and lasting highlights of my junior high/high school years.

So, old habits die hard, and that old cliche brings me to another old cliche that I am going to turn into a sporadic feature.

One of the radio stations I listen to now -- I don't remember the call letters because I'm not as devoted as I was when I was a teenager -- has a regular half-hour period at the end of the day called "Something old, something new, something borrowed, something blue," named after the traditional wedding custom. The DJ plays four songs, one that reflects each "something."

Well, that's what I'm going to do with baseball cards.

You'll see this pop up in a lot of trade posts, because I really need to put a different little spin on those posts, just to keep my own interest going, not to mention Thorzul's.

But I'll also devote a post to the "Something old ..." theme simply when the mood strikes and it won't even deal with a trade.

But this time, it's a trade. Or, rather half of a trade. I'm still working on a return package to send to Wicked Ortega, who I think spends about 29 hours a day obtaining cards, judging by his trade bait photos on My Pastime ... I Love It!

So, bring on the gimmick! 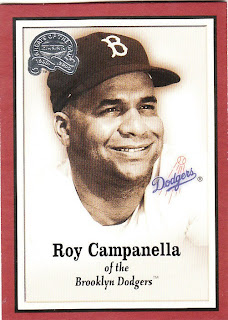 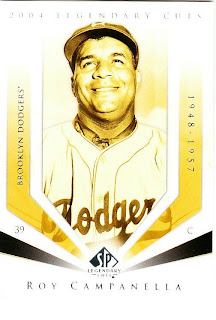 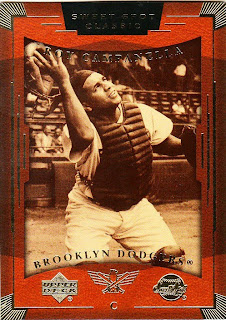 I know, I know, I know. Those aren't old cards. But the player is old. Sadly, he's been dead for almost 17 years. And Jackie Robinson Day is coming up real soon, so I need to feature one of Robinson's great old teammates. 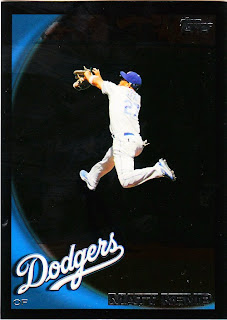 This might be the best Topps black card of 2010. Look at that thing, Kemp appears as if he's being sucked into the vortex of a black hole. Also, if I say "Blue Skadoo, We Can, Too!" and you've ever had a 4-year-old who watched "Blue Clues" on Nick Jr. in the last decade, then you know why that is appropriate. 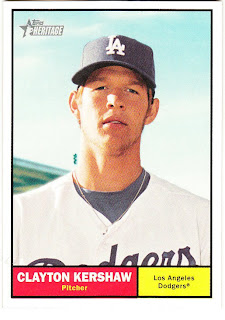 Fortunately, Topps' retro binge will keep this particular category going to infinity. Here is about the most boring photo of Clayton Kershaw that you'll see this year, on a 2010 Heritage design borrowed from 1961 Topps. He looks like he's just been lectured about all the walks he's been issuing. 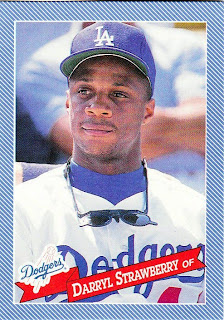 Well, this is going to be easy as a Dodger fan. Just about every card that The Don sent falls in the "blue" category. But I'm going with 1993 Hostess and the diagonal zaniess surrounding Darryl.

Oh, and just so you know, Wicked found two cards off my Nebulous 9 list: 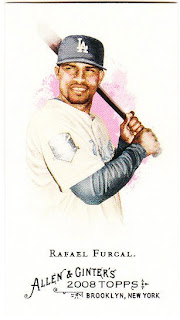 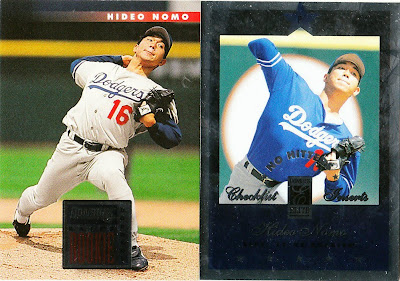 And 1996 Donruss Hideo Nomo, paired up with a 1997 Donruss Elite Hideo Nomo

And just for kicks, here's a Ron Cey card I didn't have already: 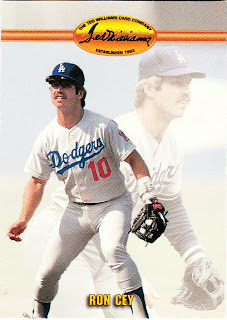 And that's it for "Something new ..." Thanks, Wicked for the cards and for helping me kick off a new feature.

Also, just for the hell of it, I just turned on the radio to see what was playing.

"Cheeseburger in Paradise," by Jimmy Buffett.

Not bad. The radio's still got it.