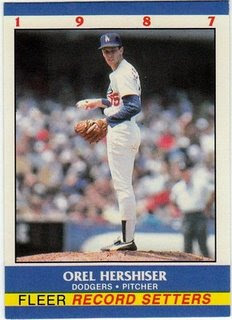 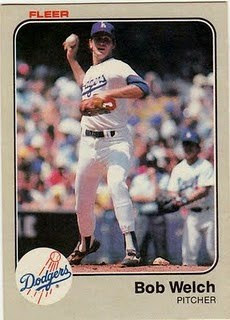 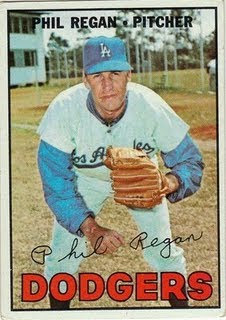 I sent this card in a TTM request in December 2009. 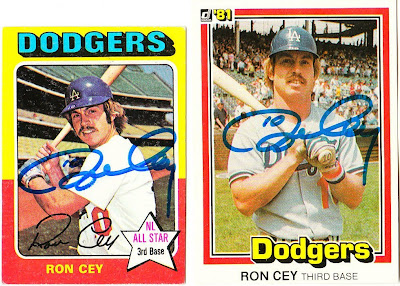 They returned to me today. Both signed.

Seven days. Just like the first time I sent out a TTM attempt.

The card on the left is the 1975 Topps mini. It is the card that I would save if my house was burning and I could come to the rescue of only one card. And now it is signed by the Penguin himself.

Ron Cey has been my favorite player from the time I was nine. His poster once appeared on my bedroom wall. Although I am too old to regard Cey as anything more than a regular guy who made a pleasant living with his exceptional ability to play baseball, I might admire him more than I did when I was nine. Just because of this.

But how cool is it that my favorite player is the ultimate example of how to make a fan and a collector happy?

'30-Year Old Cardboard said…
What is truly amazing is that this happens all of the time with Cey, and we're across the country from him, with you in NY and me in FL.

I am convinced that he sits in a chair by his mailbox waiting to sign and then he quickly gives the envelope back to the mail carrier.
April 1, 2010 at 9:39 PM

Collective Troll said…
That is great! That '75 mini looks great with the Penguins sig on it... From the time I was 9 I probably sent 30 TTM requests (combined) to Danny Tartabull and Steve Carlton and have yet to get a response from either... I am pretty jealous. Cey is a good fav to have!
April 1, 2010 at 9:51 PM

Orioles Magic said…
It's always nice to know that one of your favorite players is also a nice person.
April 2, 2010 at 1:21 PM