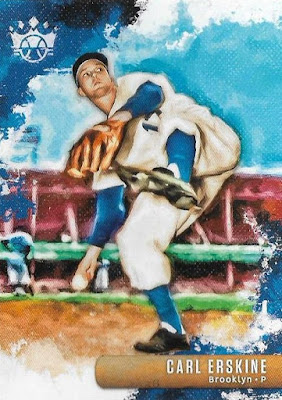 It looks like Colbey of Cardboard Collections broke a box of 2019 Diamond Kings recently. His DK packages have been floating all over the country and an envelope of the stuff arrived in my mailbox a couple of days ago.

Diamond Kings is one of the more tolerable Panini baseball products. I can't get mad at legends in my baseball card sets. I need something to cling to with Panini anyway since it's obvious it's never bringing back Hometown Heroes.

1. The images have a dream-like quality. Whatever filter Panini applied to its photos this year turns the card into a water-color painting. The colors are saturated and there's some sort of tidal wave design in the corners.

2. DK has gotten boring and stingy with its subjects. I'm going to test my theory that the same Dodgers legends appear in Diamond Kings year-after-year in a minute, but I want to address the stinginess first.

In 2015, the first year of the Diamond Kings reboot under Panini, the Dodgers team base set featured 11 players, plus one rookie (Joc Pederson). In 2019, there are eight Dodgers and three of them are short-prints. There were no short-print base cards in 2015.

So, let's look at whether the same Dodgers legends are showing up, year-by-year. 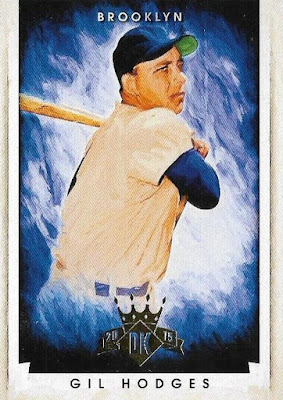 We were just happy to have a new set with legends in it in 2015. The design isn't great but acceptable. Here are the Dodgers:

No shortage of legends there. 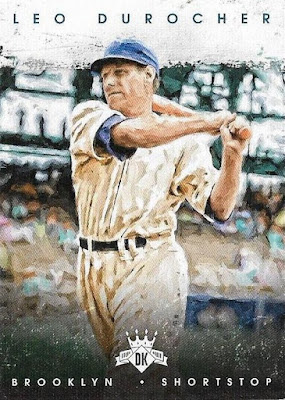 This is my favorite look of all of Panini's Diamond Kings sets so far. Lots of space for the image and the misty effects DK insists on using are limited.

OK, a noticeable trim-down of the legends and up-tick on the current players, especially rookies. This is not a good sign. Reese, Gilliam and Durocher are repeats. A couple of interesting "new" legends in 2016. 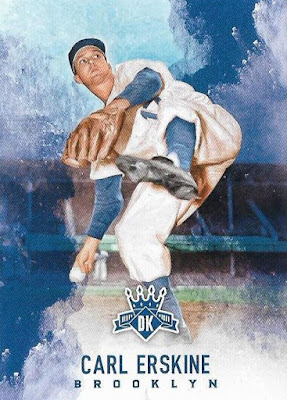 Image look familiar? (Scan to the top if you have short-term memory issues). Honestly, Panini, most of us can remember all the way back to 2017. On the positive side, it helps show the contrast in filters. 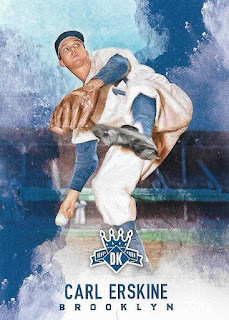 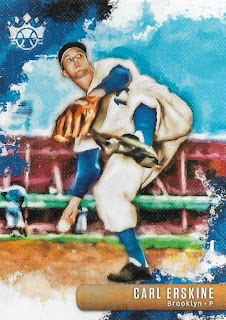 I don't really know which one I like better. Depends on my preference that day I guess. Do I want reality or dreamy?

Panini reins it in all around in 2017. Just two current players (and DeLeon is an SP). The Legends total stays the same. All of the legends are repeats from either 2015 or 2016 except for Erskine and Robinson. 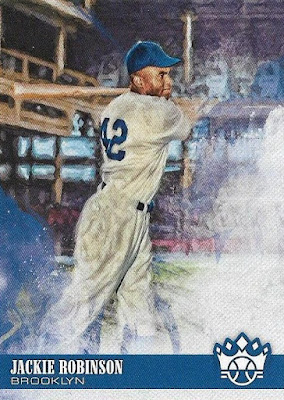 This year's DK has the same fog-encroaching effect that was in 2016 Topps. Not a fan.

More Dodgers this year but fewer legends than ever. None of the legends are new. Reese has appeared every year. 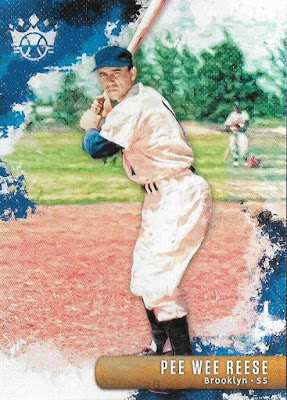 And there he is. Panini has used this image previously, too.

The Kershaw is an SP along with the rookies, which doesn't please me, although I shouldn't care because the legends are the only reason this set exists (or should exist). Speaking of legends, there are just four again and all have appeared in DK previously. There hasn't been a new Dodger legend since Erskine and Robinson in 2017.

So, yes, there's proof that Diamond Kings is getting redundant and monotonous and also there are fewer legends and more rookies and short-prints.

So, yay you Panini! Way to water down a good thing.

Oh, here are the other cards Colbey sent me: 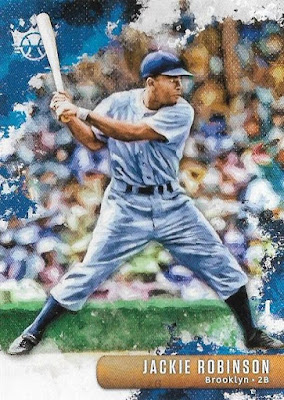 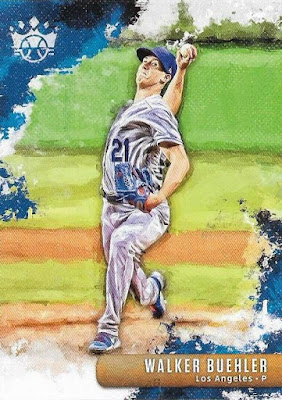 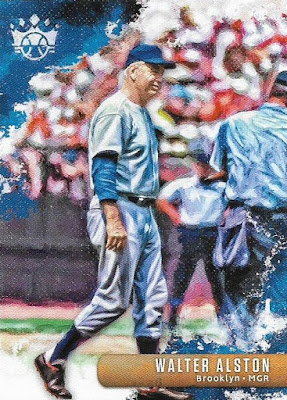 Brett Alan said…
Check your lists...you’ve say only Reese is a repeat in 2916, but Durocher and Gilliam are on both lists. Later you say only Erskine was new in 2017, but Jackie wasn’t listed before.

I assume Panini doesn’t have the rights to some guys. Surely they would have put Campy and Koufax in by now if they could. Most of the older era guys such as Willie Keebler or Dazzy Vance haven’t shown up, either. They also don’t have more recent legends such as Garvey or Piazza, but that’s probably a good thing because so many cards of those guys are produced. I kind of miss the days where anyone could make cards of retired players—we need new oddball legends sets in the vein of TCMA or Cramer.
August 11, 2019 at 7:44 PM

Commishbob said…
I can't justify it but the logoless look doesn't bother me on those legends cards (well, for the most part). I like them, especially the Leo D. I never see him of modern cards so it's nice to see him on these.
August 12, 2019 at 11:39 AM

Henry Blanchette said…
If it makes you feel any better, Hometown Heroes will be featured in this year's Panini Chronicles set. It comes out next Wednesday.
August 12, 2019 at 6:24 PM

Fuji said…
I miss Hometown Heroes. That was one of Panini's best baseball products. And Diamond Kings is pretty nice too. 2018 is my favorite design... but they all kinda just blend together anyways.
August 13, 2019 at 11:34 AM