What TCMA really stands for 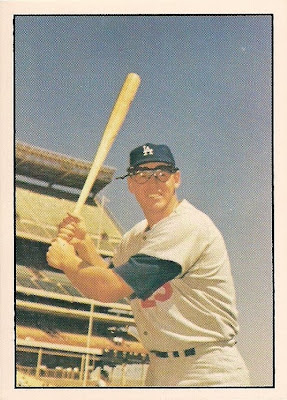 Yes, I ended a post title in a preposition. I'm off the clock, I don't care.

The TCMA cards of the 1970s are true retro cards for me. Long before Topps discovered in the early 2000s that people would buy retro, TCMA was putting out nothing but retro sets for collectors wise enough to want new cards of old players.

I first came across TCMA leafing through a mail-order catalog of some sort when I was a kid in the mid-1970s. An all-time Dodgers team set caught my eye and I ordered it. 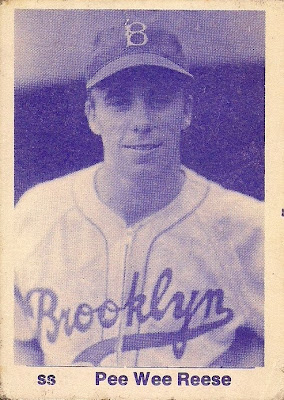 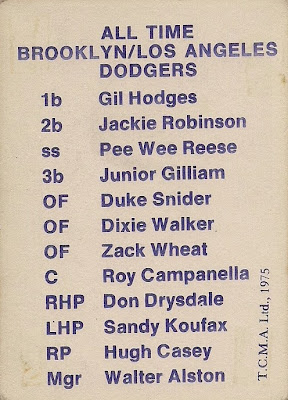 It was a wonderful, purpilfied set in which I first learned the names Junior Gilliam, Zack Wheat and Don Drysdale. I wrote about it back in the early days and I'm still thrilled I have it.

I came across a few other TCMA sets when I was still a young collector and ordered some of those, too. My brother did as well. But there were several TCMA sets that we never knew about and I'm still learning about now.

We also didn't know what TCMA meant. Why the abbreviation? We didn't know and we didn't care.

If we had the internet then, we could have done a search and come up with some strange possibilities:

With apologies to the Twin Cities and country music, it's a good thing we didn't have the internet then. We probably would have been bored into a coma and never played with our cards again.

Years later, still without the benefit of the internet, I learned that TCMA is the initials of founders Tom Collier and Michael Aronstein. But even with that knowledge, I didn't think it was a fair representation of the marvelous work that they did with these sets.

No TCMA had to mean something more.

And to me TCMA stands for: "These Cards Murder Ass."

That's how good they are.

A few of you understand. One of those people is Max from Starting Nine. He's sent me a few TCMA Dodgers over the years and he did again recently.

You saw the delightful Frank Howard at the top of the post earlier. How about some more cards from that 1978 TCMA L.A. Dodgers set? 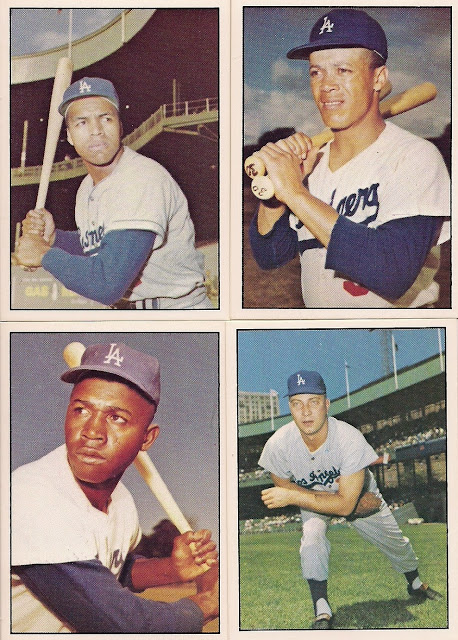 Where have you guys been hiding all of my collecting life? These are phenomenal and I have to finish off this set very soon. 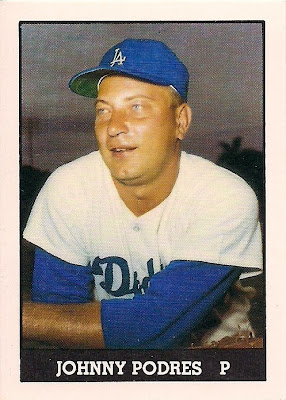 Here is a TCMA card from 1980 that celebrates the 1959 World Champion Dodgers. This almost looks like a night card, but it's more likely a dusk card.

Max is also aware of my overflowing affection for the TCMA-Renata Galasso Greats set that came out in the late 1970s. He found three more Dodgers for me (the Hodges and Snider photos are also featured in the purple TCMA set that I mentioned before).

This set kind of confuses me as I don't know if it's a part of the Stars of the '50s set that came out at the same time or a separate set. No matter, because here's a secret: I'd love to collect the whole Stars of the '50s set just for the nostalgia factor. Maybe someday I will. This is the kind of fun you can have when you don't care about 2014 Topps.

But it's true, I am a slave to non-retro Dodgers, too. And Max sent a few of those: 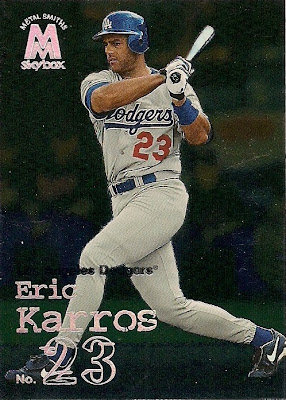 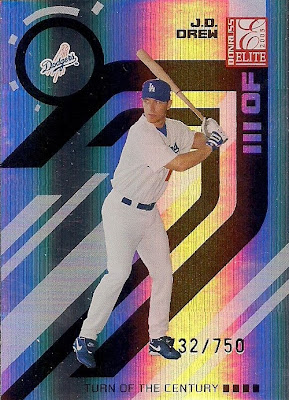 A shiny Donruss Elite numbered card. Wish it actually looked like that in hand. 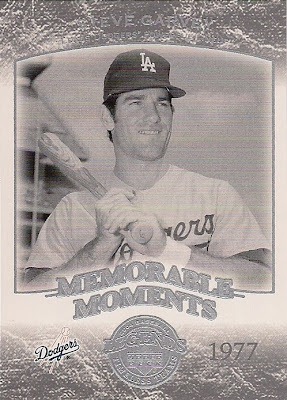 A needed Steve Garvey card. But come on now, folks, that pose is far too commonplace on Garvey cards. He did play 30 years ago. Find some different photos. 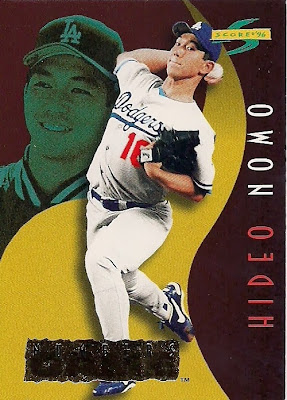 A Nomo card that I needed. Always thrilled when that happens. 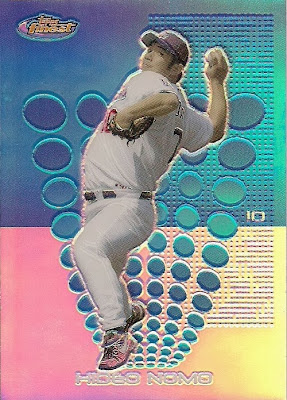 This is one of my favorite Nomo cards of all-time. I love 2004 Finest and I love how this card looks. It's the refractor version, which I actually already have. I'm willing to trade this extra one for the base card version of this. But if that doesn't work out, I might try to collect every refractor of this card. It is so cool. 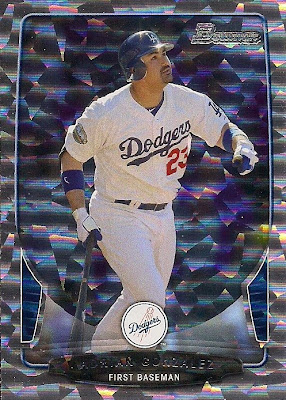 More shiny. This is icy shiny. I don't like ice. Especially after recent developments. But I do like this card. 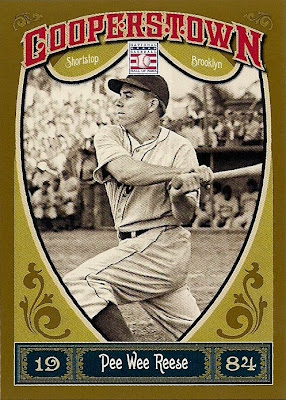 Here's some of today's retro. TCMA did it better, Panini. 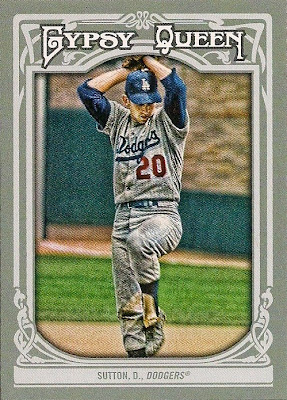 Ah, detested Gypsy Queen pandering to me by including Don Sutton in its set. I appreciate the Sutton, but just two more Dodgers from this set and I can stop eyeing GQ (until 2014 ... ugh). 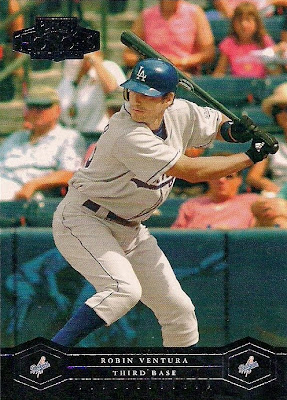 Lastly, a Dodger card of Robin Ventura. You don't see a ton of those. And I like how I can see the fans in the stands. Very enjoyable card.

TCMA cards always put me in a good mood, which is another reason I should be seeking out these things.

They are great cards. No matter what those initials mean.

carlsonjok said…
I end sentences in prepositions all the time. It isn't something to be ashamed of.
December 29, 2013 at 9:09 PM

JediJeff said…
Knowing how Ventura wore his pants, I am positive that is a throwback he's wearing, but not quite sure what uniform it throws back to.

Mark Hoyle said…
I love the TCMA cards. There are so many different sets,how could anybody complete them all.
December 30, 2013 at 8:32 AM

Matt Runyon said…
I spent a lot of time poring through their "Baseball Advertiser" catalogs in the late 70s. It's too bad I didn't save one of those -- it would make a great blog post.
December 30, 2013 at 12:57 PM

Laurens said…
TCMA cards were a bit before my time but I always saw them like reprints - made to capitalize on the popularity of vintage cards or old school players.
December 30, 2013 at 7:12 PM

Doe M.G. said…
Lucky me, looking for what TCMA stands for in a Google search brought up your blog. Before finding this blog entry, I saw the page (actually two pages) of acronyms that were teeth-grindingly uninteresting. Thanks!
April 19, 2017 at 4:34 PM