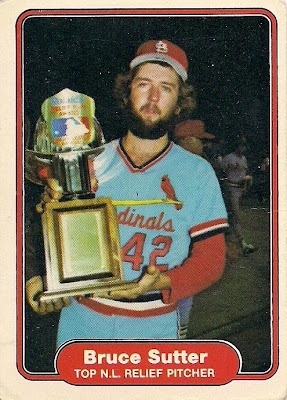 Guess what? I got another package from Cards On Cards.

By my count, this is package No. 36. That's an all-time record for anywhere. No one has ever sent more packages with baseball cards in them from one blogger to another. Go through the records if you must. Come up with the most irrefutable, iron-clad argument that you can, but it's still wrong. This is the record, so off with you.

As usual, Kerry's gift of cards produced the usual variety, including this night card here. I'm not 100 percent positive it's a genuine night scene on that card, but there's a good chance with the camera light shining on Brucey and the darkened background.

Awards cards are fun and Fleer was the king of awards cards in the '80s. But this card is extra-interesting to me because:

1) There are three hands holding up that trophy -- two from Sutter and one phantom hand. Eerie.

2) The guy with the glasses in the background may or may not be George Kissell, the late legendary Cardinals coach who I once interviewed for a lengthy story. I'll have to try to confirm this some day as there aren't a lot of cards of Kissell out there (thank goodness for the 1973 Topps Red Schoendienst card).

I also received a few other Cardinals cards in the package, believe it or not.

And try not to stare in an open-mouthed stupor when you see them: 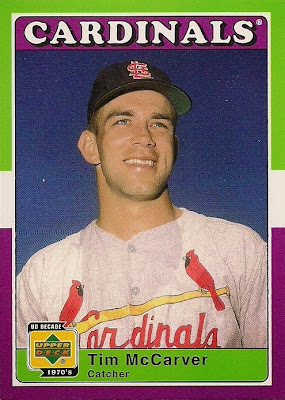 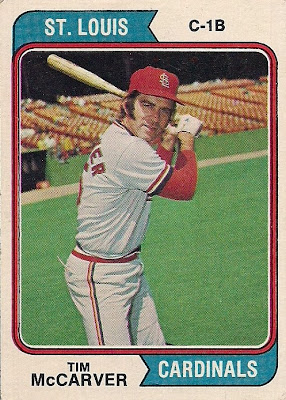 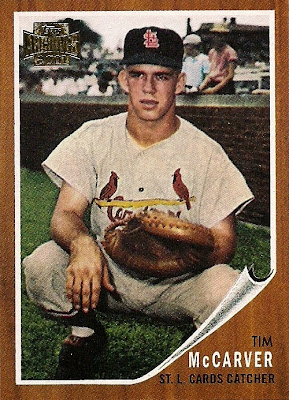 Yes, it's the most beloved television baseball broadcaster of all-time.

Now why would I want these?

Well, I truly wanted just the top McCarver as I'm trying to complete the 2001 Upper Deck '70s Decade set. This was another card for my pathetic quest. The other McCarvers are extras as Kerry understandably was trying to get rid of any more reminders of McCarver's contributions to the game than absolutely necessary.

All right, enough about a retired broadcaster, let's see some Dodgers: 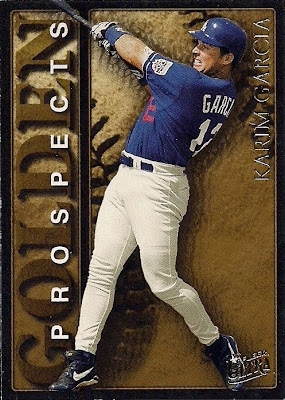 Here is my 75th Dodger card of Karim Garcia. That is 15 more cards than Garcia had at-bats for the Dodgers. There is something horribly wrong about that. 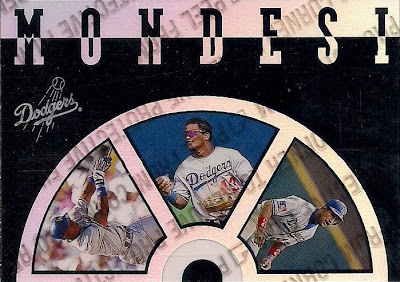 I've heard about these before. I've probably seen them online, too. But outside of telling you it's from 1995 Leaf, has a Viewmaster theme and that it need another card to complete the "photo disk," I know nothing else. You'll need a '90s collector to interpret the rest. 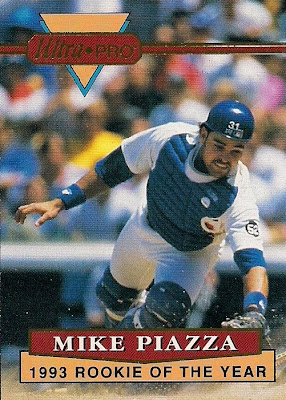 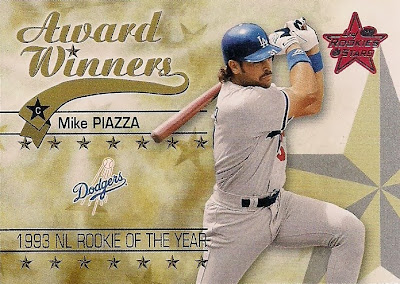 New Piazza cards make me dread updating the list of Piazzas on the spreadsheet. I really need to stop thinking that way. 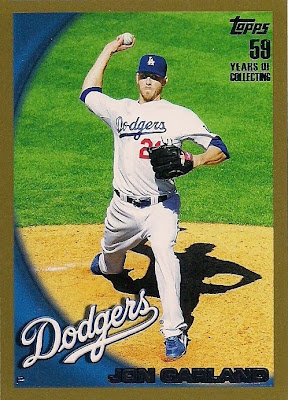 This is how sad/addicted/dedicated/adorable we team collectors are. I need this gold parallel of Jon Garland to complete the team parallel set for 2010. It's probably my sixth Dodger parallel from this particular year. I couldn't be farther away from completing it; I have't thought about Jon Garland since the moment he stopped wearing a Dodger uniform; but yet I was exploding with butterflies when I realized I needed this card.


And that's a tour through package No. 36 from Cards On Cards. It was as delightful as always.

As all-time records often are.

Fuji said…
You're building the 2001 UD Decade set too? I love that set. As soon as I can find a box of this stuff at an affordable price, I'll keep you in mind and help you out. Btw... just checked your want list. How many sets are you building? And I thought I was a little over the top.
December 15, 2013 at 11:56 PM

Michael Chase said…
I didn't know Ultra Pro made cards...Learn something new everyday. I may have to look into this further.
December 16, 2013 at 7:44 PM