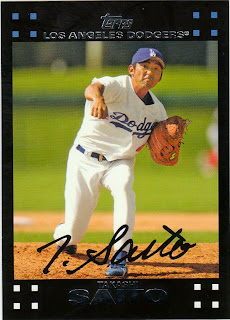 You're looking at the last card I needed to complete the 2007 Topps Dodgers set. I received this card partly because I went on record as saying that I needed it, partly because I sent some cards to Dinged Corners, and partly because Lucy particularly enjoyed one of the cards I sent. Having a daughter myself, you don't know how much that last part makes me smile. There is nothing better than watching your child enjoy a gift. That is a universal truth among parents.

The rest of the package that I received made me smile, too, because it was filled with Dodgers, many that I didn't already have and all carefully chosen. I guess I should poll family, friends and signficant others before saying this, but I'm thinking that card bloggers must make the best Christmas gift-givers ever. I had rarely seen such thought go into packages before starting this card blog. I guess when everyone likes the same thing, it's kind of easy, huh? It's not like I have to trudge through Bed, Bath and Beyond to find a gift for a card blogger.

Anyway, here are some of the great cards received Saturday from DC: 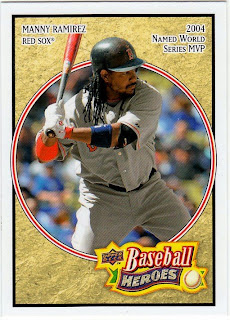 Manny Ramirez, 2008 Upper Deck Baseball Heroes. Devil incarnante Scott Boras, with the announcement that he will begin entertaining other club offers Friday, has officially slipped into "pit-one-team-against-another-team-against-another-team" mode to get the most sickening pile of cash possible for his client Manny. By the time this nauseating display is over, I probably won't want to see Manny in Dodger blue, not that there's much of a chance that he will be. 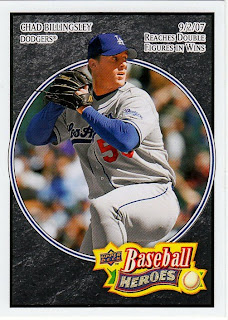 Chad Billingsley, 2008 Upper Deck Heroes, black parallel. Meet NL Cy Young Award winner 2009! I've voiced my opinion on UD Heroes. Make all the colored parallels base cards, and I'm on board. Keep it the way it is, and I'm buying a pack a year. 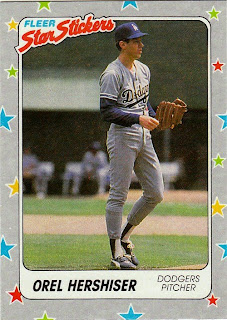 Orel Hershiser, 1988 Fleer Star Stickers. Stats on the Back apparently is following through on his threat to send me 46 Orel Hershiser cards. Meanwhile, my mailman is growing to hate me. 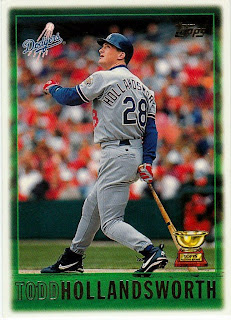 Todd Hollandworth, 1997 Topps. Hey, there's the Rookie Cup! I guess they did feature them on 1997 cards. Sorry, this is about the 16th 1997 card I've ever seen, so you'll have to talk slow when telling me about this year. 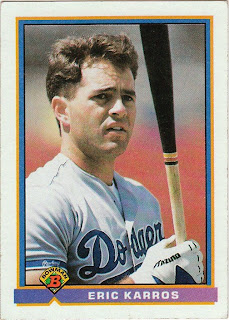 Eric Karros, 1991 Bowman. Again, why would a photographer do something like this? Give the poor guy a comb before you snap his picture. 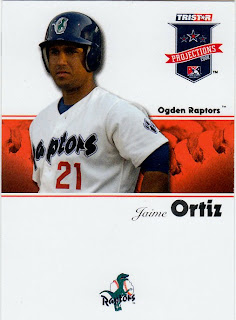 Jaime Ortiz, 2008 Tri-Star. Ortiz hit a rousing .217 for the Class A Great Lakes Loons this past season. The best part of minor league cards, though, are the logos. Much better than the major league logos. Look at that:

That's the logo for the Ogden Raptors. Apparently they play games in Ogden with deflated baseballs. 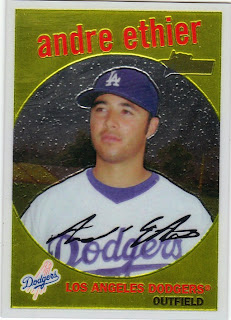 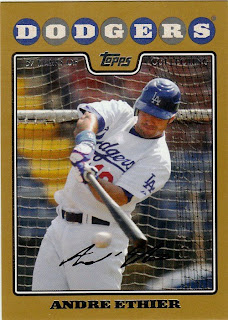 Finally, two 2008 parallel versions of one of my favorite Dodgers, Andre Ethier. Part of the reason I like Ethier is because he was part of recent trade that has worked for L.A. Those have been few and far between over the years. Ethier came to L.A. for Milton Bradley, who is a fine player, but quite a bit older than Ethier and a whole lot more volatile.
That wraps up another successful cross-country transaction! Thanks again everyone at Dinged Corners. Sorry about that repack box.