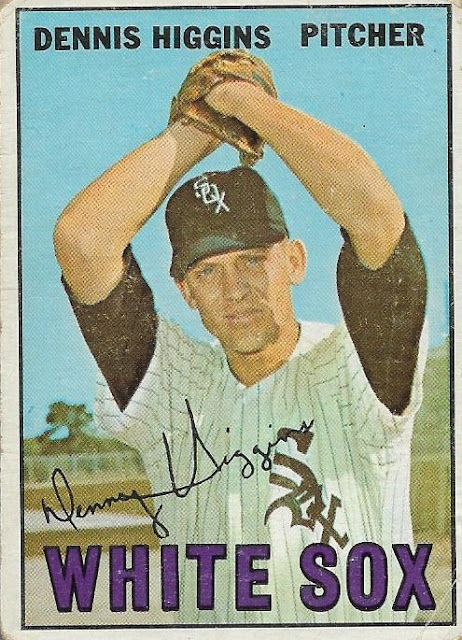 One year ago today I was showing off the goods from my latest card show visit from the previous day. It was a happy moment. I had enjoyed success at that show unlike any other, thanks to an unusual blessing of cash.
Little did I know that it would be the last card show I would go to in ... well, maybe ever.
In the early days of this blog, I'd visit four card shows a year. Then it was down to three, then two. Now it's none. There is no show scheduled for October at the New York State Fairgrounds, traditionally the month when I can almost guarantee I'll be at show. I've attended an October show virtually every year of this blog.
But with the pandemic in force and my state taking it most seriously, I can forget about large-size shows. There's supposedly a hotel-room type show later this month. If I want to drive 2 1/2 hours there and back for that mystery show, I could do that I suppose.
I'm actually mostly OK with no show to go to, except when I think about no show to go to.
And it's during times like those that I'm grateful that card shows are happening somewhere else in the country. Maybe they shouldn't be happening, maybe they should. I don't know. But when cards arrive at my door that I know came from a show, I'm pretty happy that it's show o'clock somewhere.
Recently, Commish Bob went to a show. He lives in one of those states where there are actual people sitting in the stands of football games. There is nothing like that there. My Bills play in front of emptiness week after week. Not saying that's good or bad. Just saying that I miss people. And card shows. I miss card shows.
But Bob brought the show to me, safely and without temperature checks.
The goodies that I received from that show I never attended were all off of my 1967 Topps want list. As you may know, the Commish is collecting the set, too. He'll probably finish it before I do -- I like too many things -- but while we're both collecting the same windows on late 1960s baseball, I'm happy to see him check off wants from his list! I get the leftovers! 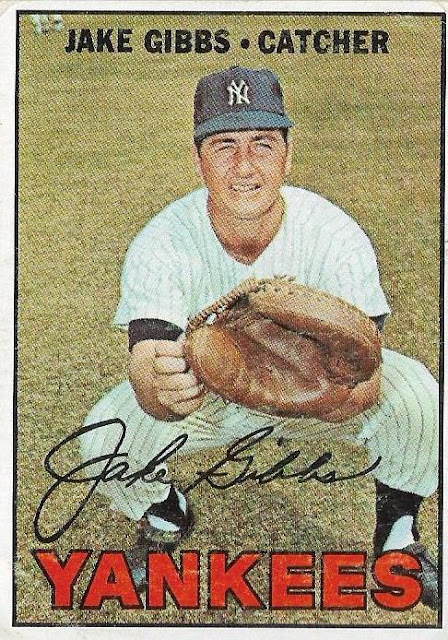 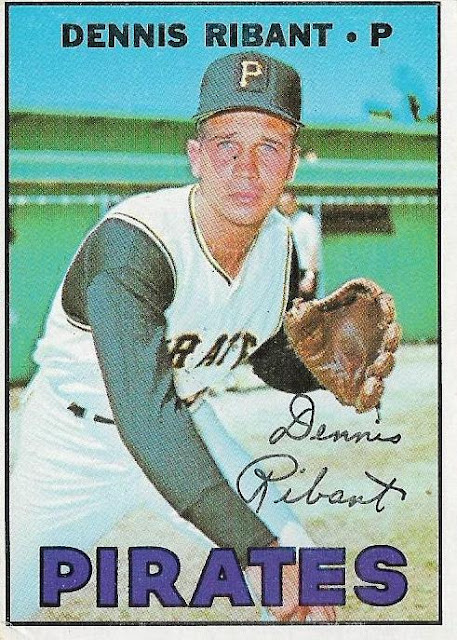 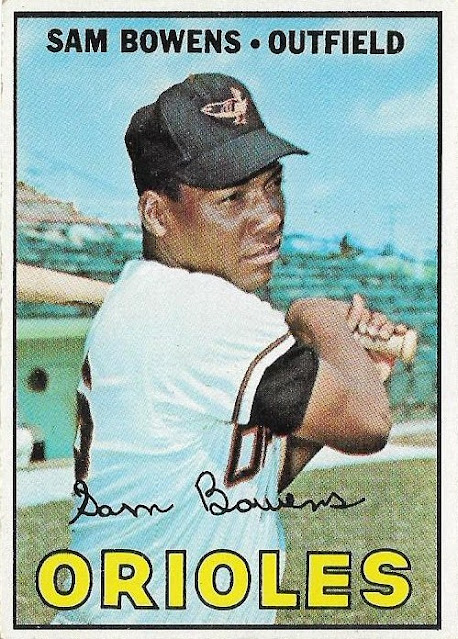 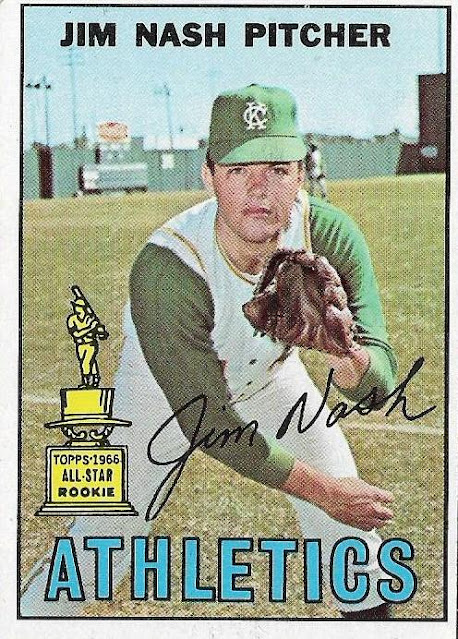 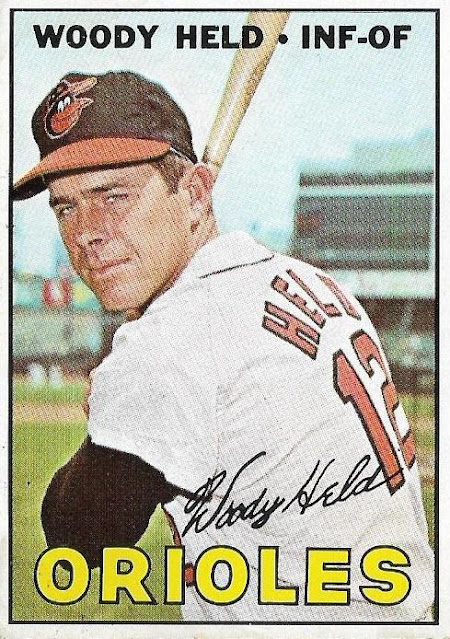 Those were some of the cards that he snagged for me that I can now cross off my list. As usual with these '67 cards, I find myself staring at the backgrounds. 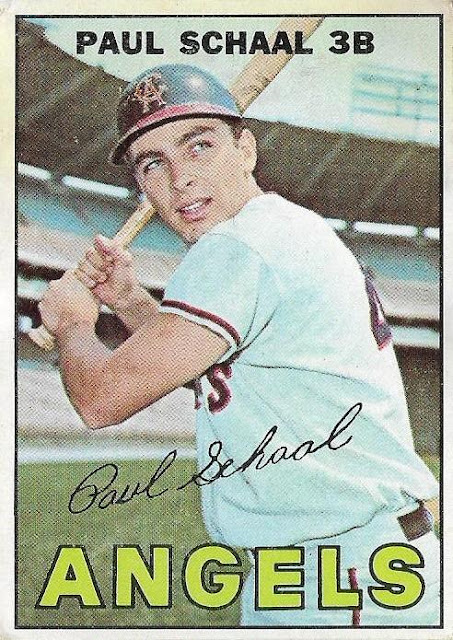 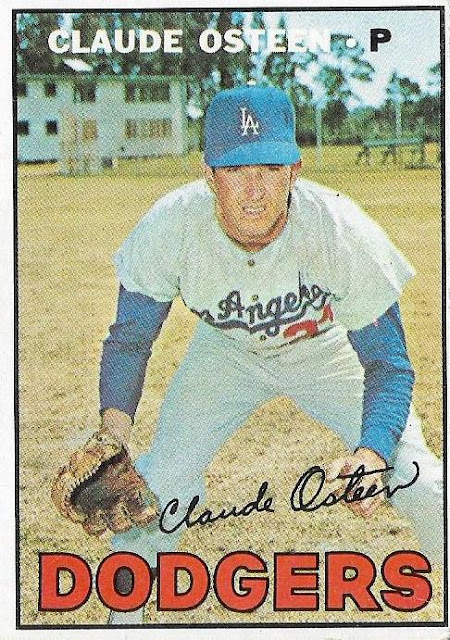 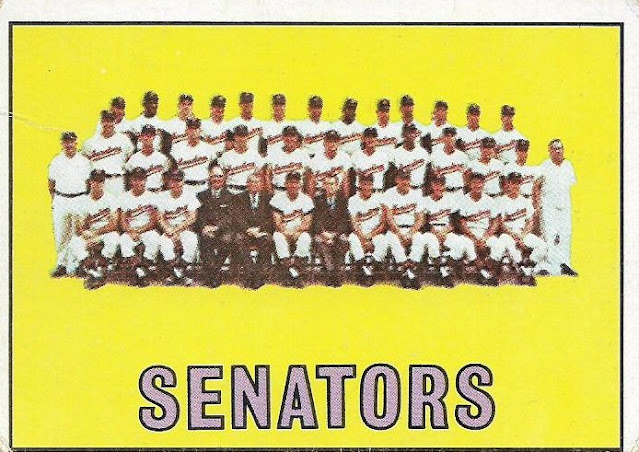 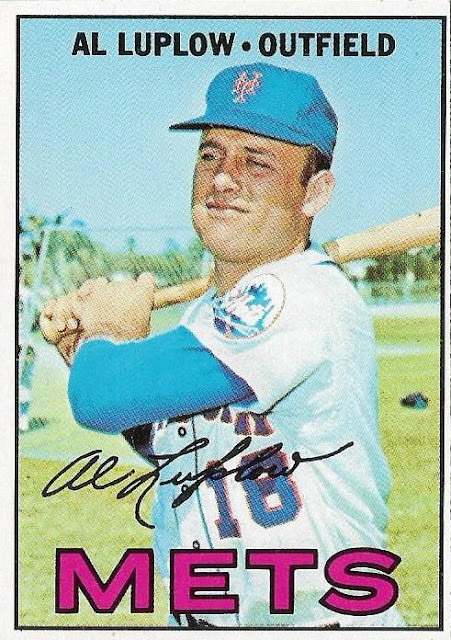 I don't think I'm supposed to like the team cards in 1967 Topps -- the image is too small and blurry -- but I do like them. I like them a lot. I like them enough to devote an entire post to them. I'll let you know when that happens. So you can avoid it. 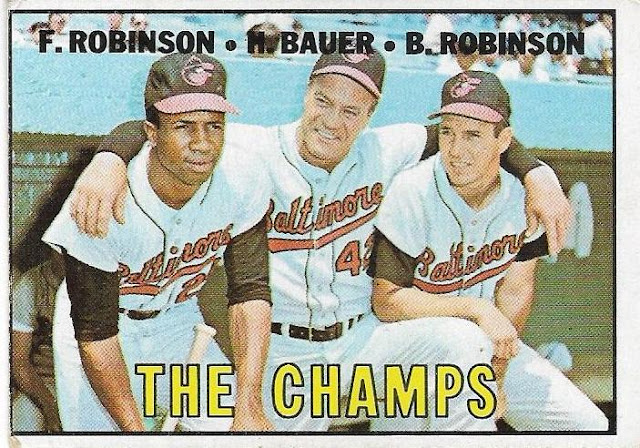 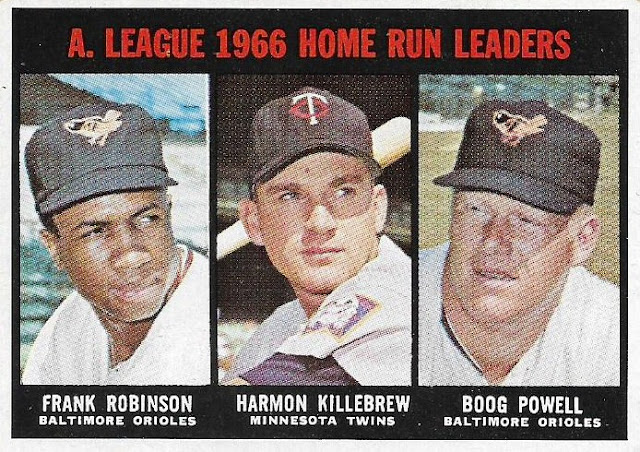 Commish always seems to have a few extra Orioles. Hmmm.
The top cards is the first card in the set, celebrating the Orioles' World Series sweep of the .... uh ... hey, why I am I collecting this fool set again??? 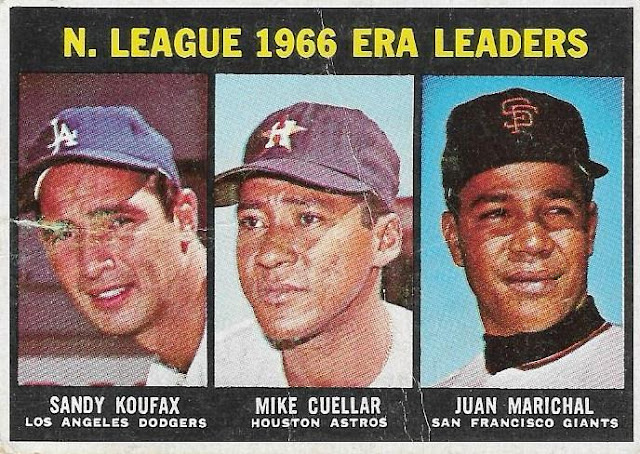 This card forces me into some decision-making. It's one of the few Sandy Koufax leaders cards that I didn't own. Sure, it's seen fancier days, but I'm probably storing it in my Dodger binder, meaning I need another for the '67 set. 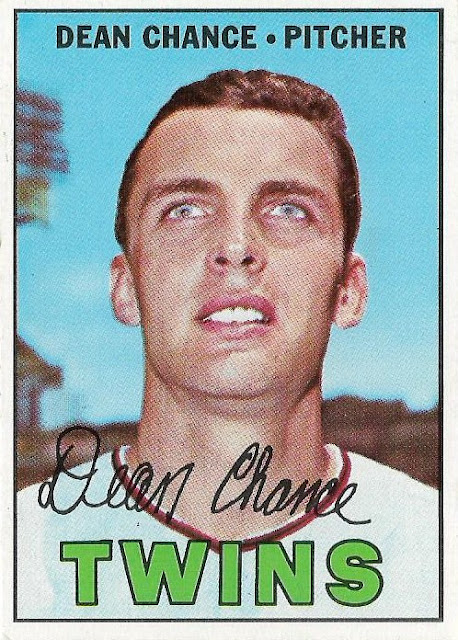 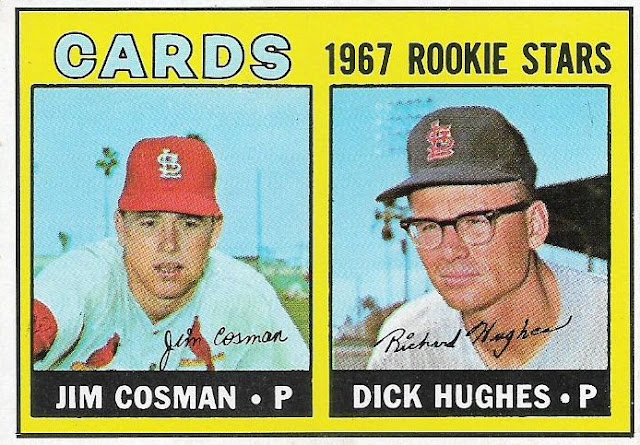 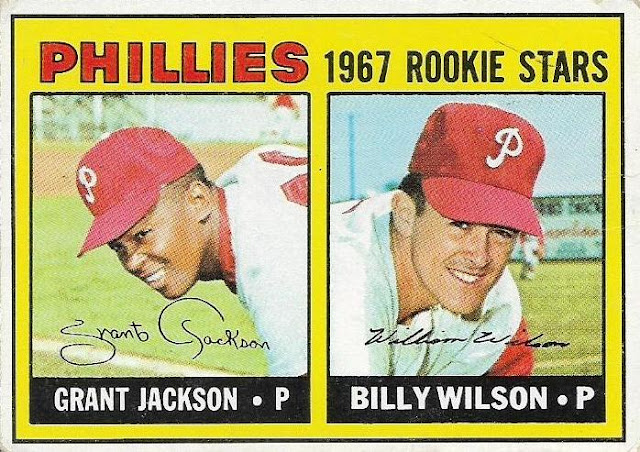 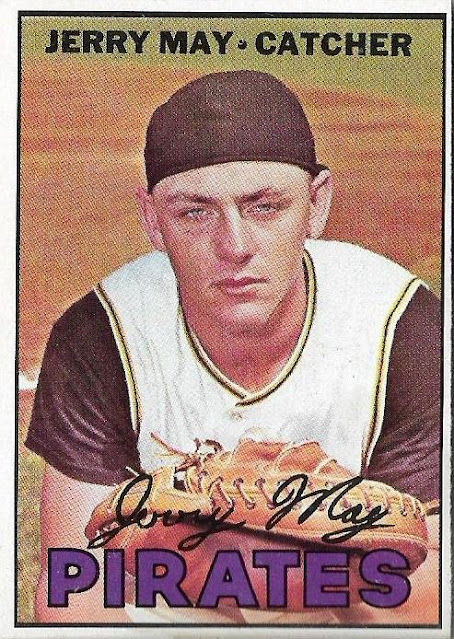 Here's a foursome I forgot to scan. Weird, because they may be in the best shape of all the cards.
Once these wonderful cards arrived, I received an email from Bob telling me to be on the look out for another card. He realized that he had picked up a card he already had, so he'd send me the extra!
Then ... another email. He found a different card that was a dupe. So expect that in the mail, too! 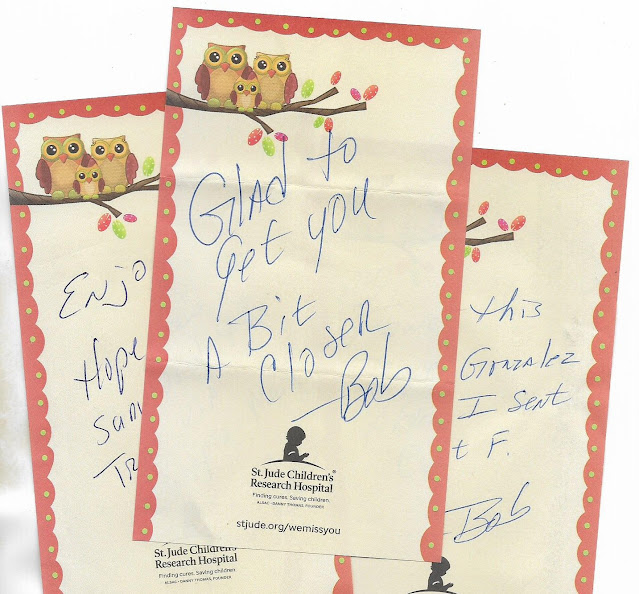 So in a little more than a week, I had my own collection of Commish Bob notes, complete on owl note paper.
Oh, the cards ... 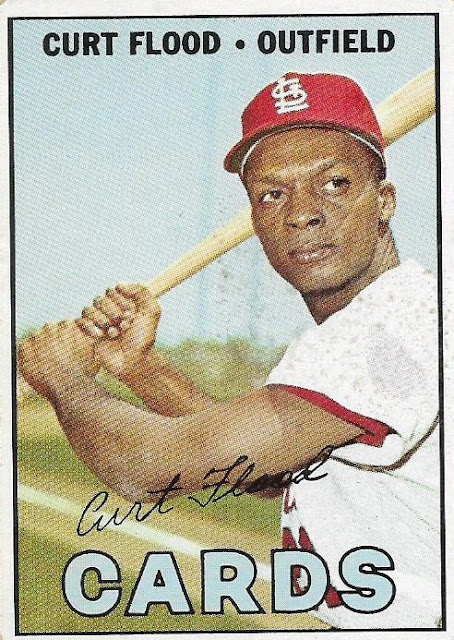 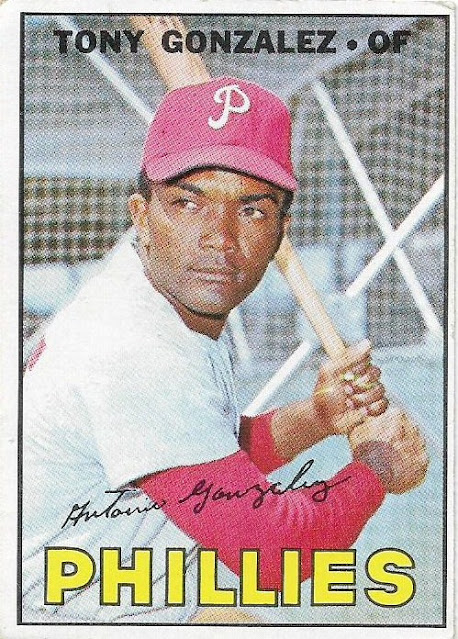 Pretty nifty.
And it's nice to know that there's someone else who loses track of the sets he's collecting.
This is the kind of stuff that I would be buying at a card show if there was a show. I can write fantasy card show lists now of what I WOULD pick up if there was a show:
-- Look for 1967 Topps
-- Look for 1970 Topps
-- Look for the last few 1977 Topps football cards I need
-- Search every last table for '70s Kellogg's or Hostess cards
-- Track down some 2020 Dodgers insert needs
-- Sink some cash into an expensive '56 Topps card (if I have the money)
-- Check out all those discount boxes
That's what I would have done if that show that's always scheduled for October was happening.
But it's not.
Rats.
What would I have ever done without this blog?

Peter K Steinberg said…
And what would we have done and be doing without your blog? Nice to see so many cards come off your wants/needs list. I miss card shows too, but must admit I didn't get to go to many of them.
October 7, 2020 at 7:30 PM

John Sharp said…
That Jake Gibbs card is terrific. I need to acquire one for the catchers card binder.

bbcardz said…
My list of items to hunt for at a card show:

--The last few 1969/1970/1972 Topps baseball cards needed to complete those sets.
--The last few 1969/1971 Topps football cards needed to complete those sets.
--Jumbo box of the latest Topps flagship baseball release if I haven't purchased it already.
--Search dime/quarter/etc. boxes for Topps inserts.
--Pick up some hobby supplies if needed.
October 7, 2020 at 8:26 PM

Nick said…
I don't see myself going to a show anytime soon, but I have been missing them lately. I've even started going back and reading some of my old card show posts to remember those simpler times.
October 7, 2020 at 8:50 PM

Sean said…
I miss shows. The last one I went to was in 1993. My absence has been mostly involuntary and just determined by the fact that I've spent most of the past 27 years living in places that don't have shows.

Hope the situation improves so they can start up again sometime soon where you are. One doesn't quite appreciate them until they are gone!
October 7, 2020 at 10:17 PM

GTT said…
I miss card shows too. Thankfully there's a card show around thanksgiving, so I'm really looking forward to it. Hope you have a chance to get to one too.
October 8, 2020 at 9:28 AM

Billy Kingsley said…
The shows here have restarted but I have no plans to go to them any time soon.
October 8, 2020 at 1:17 PM

AdamE said…
We have a monthly mall card show in North-Central Phoenix that opened back up in July. (or maybe June, I was out of town on vacation in June so not sure) I've been twice. The October show is this weekend, I doubt I go. The show is 99.5% new cards. I only found 1 Vintage Red Sox in two shows so even if I go the outlook isn't too good. Plus there is a car show that is a lot closer to me. I think I'll spend my Saturday there.
October 8, 2020 at 1:30 PM

Mark said…
I've been thinking a lot about when there might be a card show that I'd be comfortable going to again.

I think there is a big show scheduled for the spring here. But I have a hard time imagining that I'll want to go.
October 8, 2020 at 4:38 PM

bryan was here said…
There are actually two shows going on in my area this weekend. Both are in malls, so social distancing shouldn't be too much an issue. Maybe I'll finish that '77 Topps set (finally!), or find some more Kelloggs and Hostess cards and other oddball fun things!
October 8, 2020 at 5:44 PM