Masters of the single-card subset 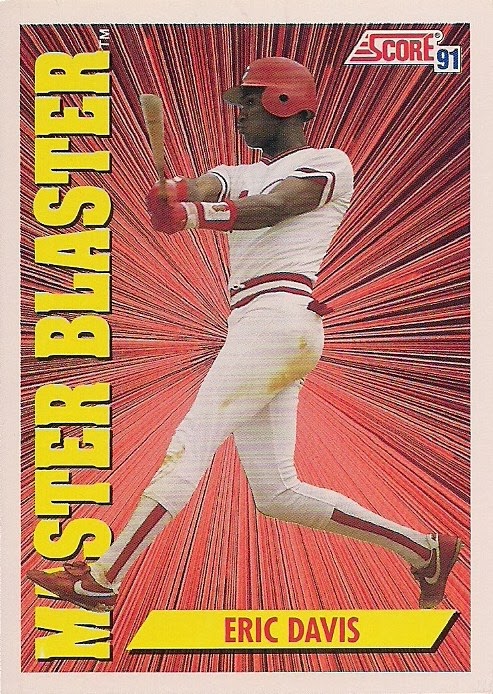 I have the results for the "biggest improvement" and "biggest bust" in Score's baseball card history. But I didn't want to simply list the poll statistics and then leave for the day.

So I tried to come up with something that relates to Score, something I haven't addressed before ... and, boy, was that difficult because I think it's all been addressed. Once you get past a few key Score attributes, there's not much left. It was a simplistic card company.

But I did find something, which was somewhat interesting to me. I don't know about you. We'll see.

But first the poll results.

Here are the stats for the biggest bust: 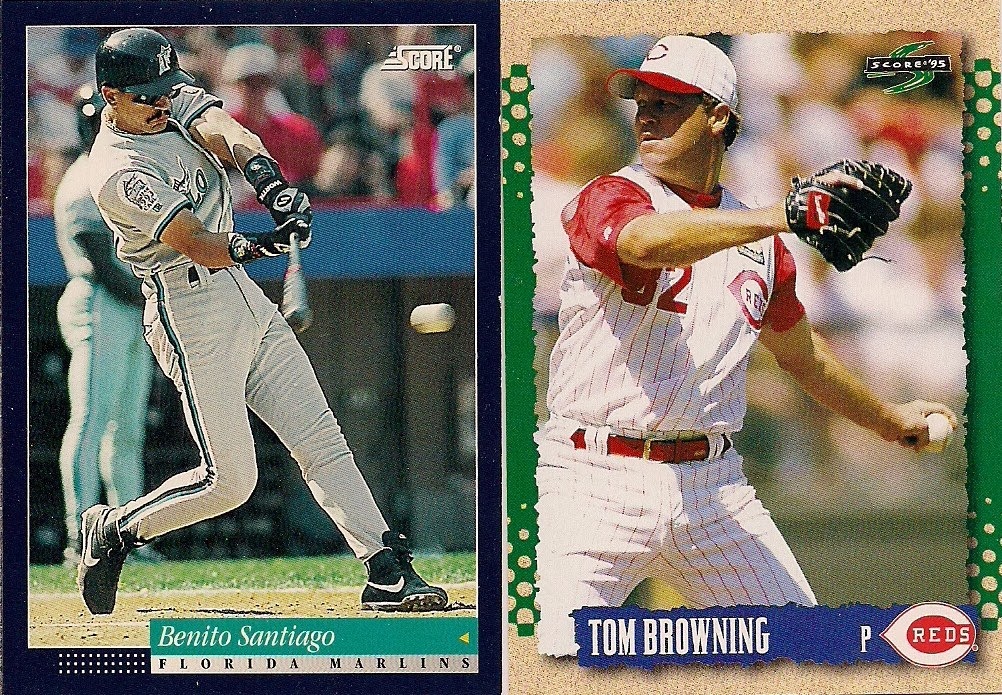 Congrats, 1995 Score, you offend the senses the most.

Here are the stats for the biggest improvement:

A lot closer than the "biggest bust" voting. In fact, there is a tie.

In events of ties, I am the deciding vote. Those are the benefits of running your own blog. 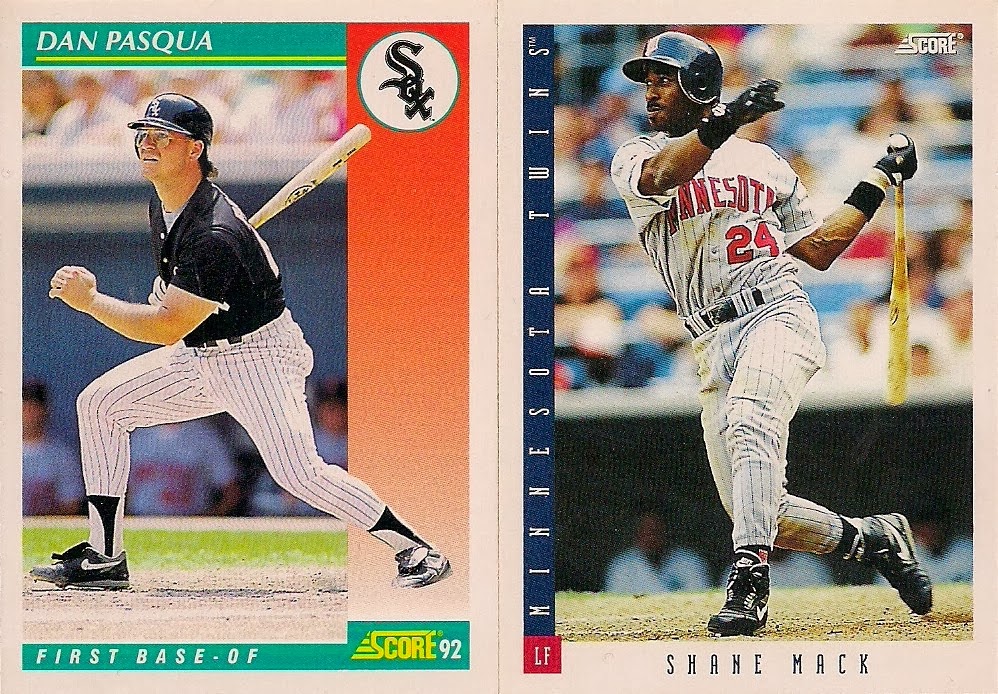 I think you knew what I was going to choose. There's no doubt anything that follows '92 Score is a vast improvement.


I will add these results to the sidebar with all of the other card brands. I'm not sure if I'll do the same thing for brands like Pacific and Pinnacle.

As for the other thing I wanted to mention about Score, it has to do with their quirkiness.

Score, in my view, is the set that came closer than any other to the spirit of this card: 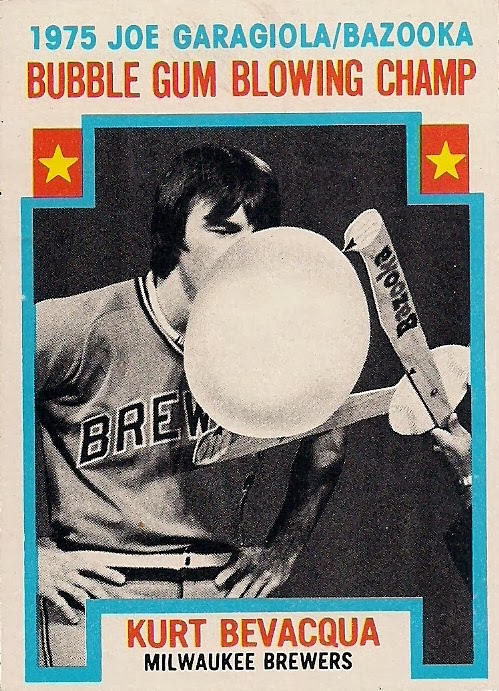 But what makes it great, other than its subject matter and the fantastic playoff brackets on the back, is that it was so unexpected. The card arrived unannounced in the middle of the set (#564) and didn't relate to anything else in that set. It was unattached. It wasn't a player card or team card, it didn't correspond with any other subset -- record breakers, league leaders, postseason cards. It was its own entity. It was a single-card subset.

That's what made it cool. Besides the giant bubble, of course.

I know there are other examples of single-card subsets in Fleer and Upper Deck and others. But the place where I noticed it the most often was in Score sets. 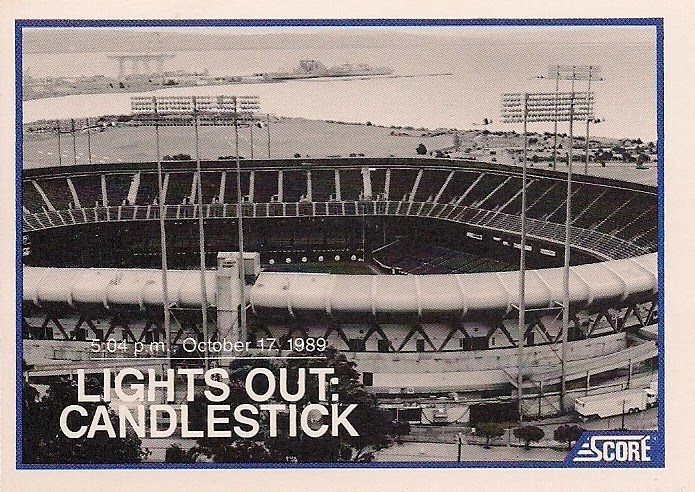 The single-card remembrance of the 1989 World Series earthquake subset. 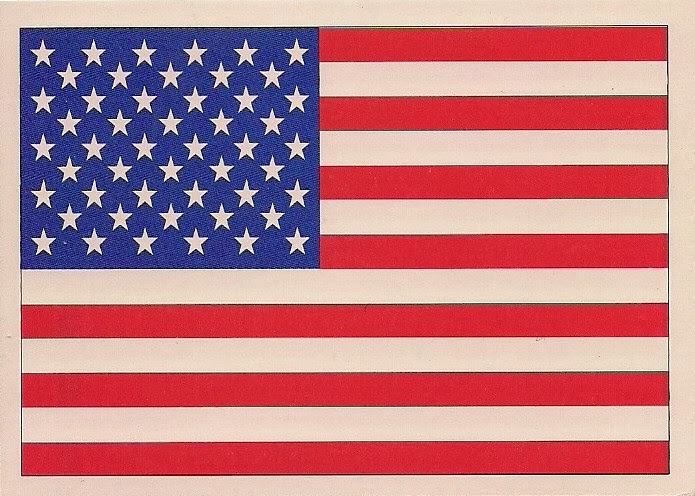 The single-card salute to those involved in Operation Desert Storm subset. 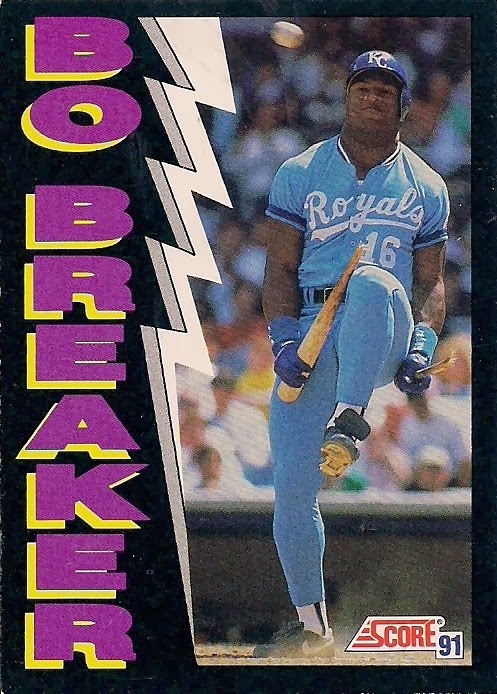 The single-card tribute to Bo Jackson's ability to break bats over his knee subset.

I'm not sure how Score decided when and why to throw in a single card that captured an event, but I'm glad they did.

Score also did a pretty good job with their more traditional subsets. Some of my most favorite subsets of all-time appeared in Score and I've already addressed the No-Hit Club subset from 1991 Score and the Reggie Jackson subset from 1988 Score. 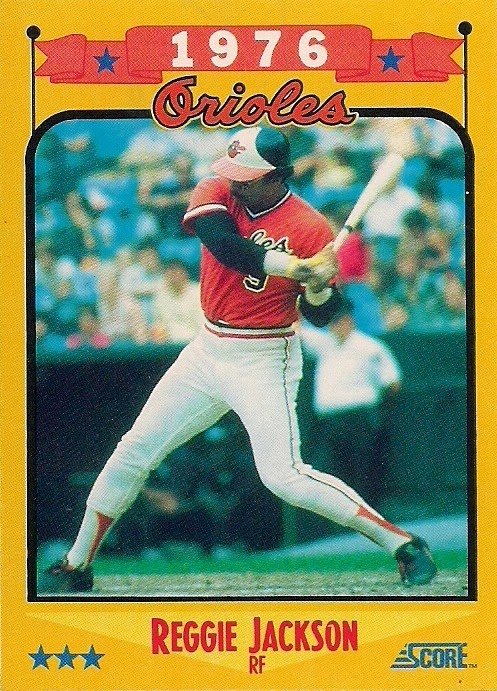 But it's an excuse to show one of the few easily accessible cards showing Jackson in an Orioles uniform.

There are many other great subset cards from Score, from Master Blasters to No. 1 Draft Picks to Dream Teams: 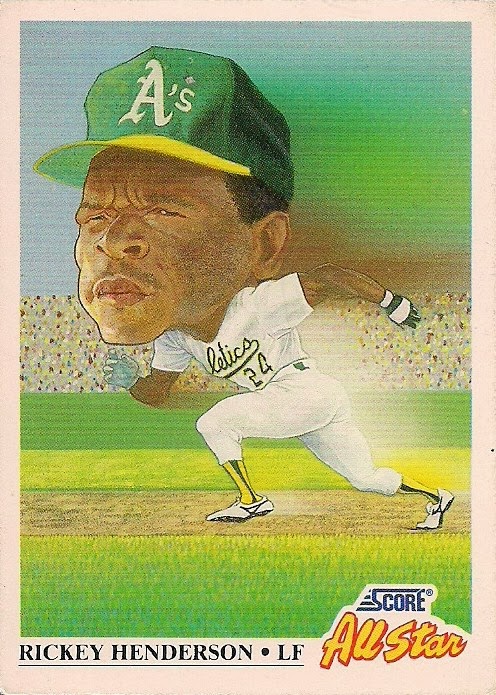 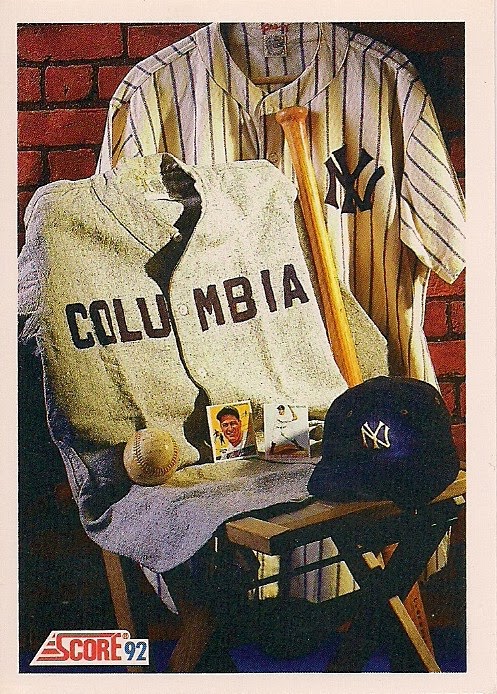 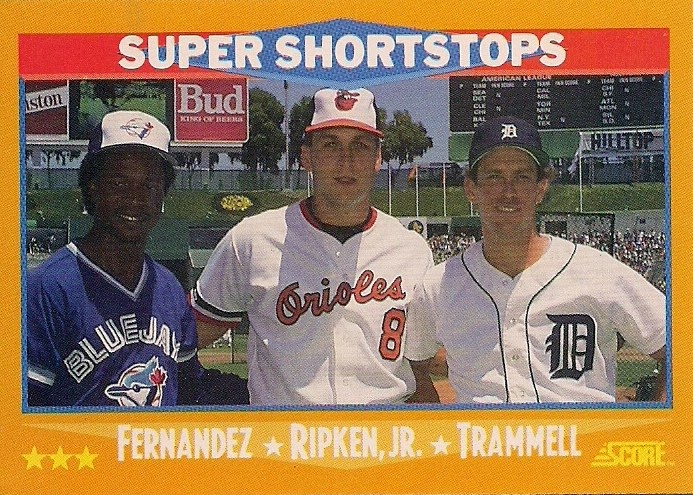 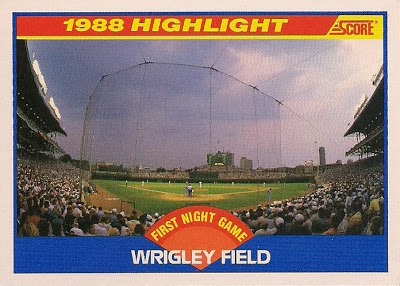 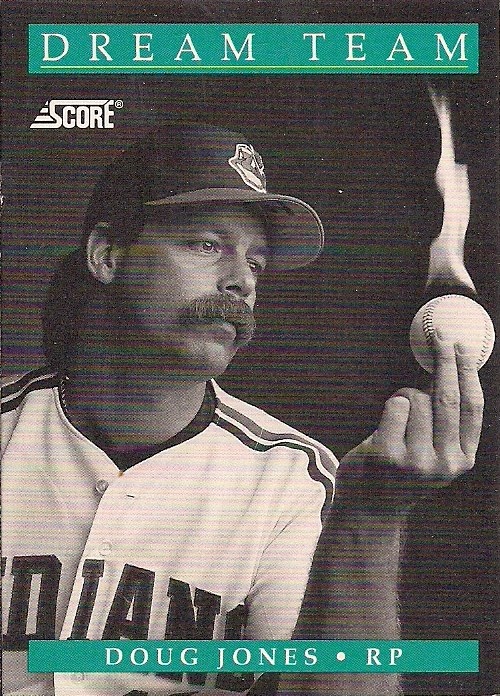 And I guess if there's a reason to miss Score, besides the affordable packs, it's the subsets.

Whether it's your traditional 5-to-7-to-12-card subset or your single-card subset.

Thank goodness they didn't super-short-print them.

capewood said…
Of course there is the Bo card where he is shirtless wearing football pads and holding a bat
March 11, 2014 at 11:27 PM

Fuji said…
The Bevacqua will always be one of my personal favorites... single card subset or not. Riding out the same quake that shook Candlestick, the Lights Out card is also pretty special.
March 11, 2014 at 11:42 PM

Ryan G said…
From year to year, base Score sets were consistently uninteresting. As you mention, the subsets of the early 1990s were quite amazing. I think Score perfected the art of a subset - unique photography, unique subjects, and unique designs from the base cards. Today's Topps sets don't have much along the lines of subsets. Checklists and All-Star cards use the same design except for some small notations. And what were once subsets are now insert cards...
March 12, 2014 at 11:18 AM