A couple of firsts

September 24, 2014
I've collected cards for a long time now. But because I go at my own pace and don't attempt to grab everything from the latest and greatest, I've missed out on some things that are almost regular occurrences for other collectors. 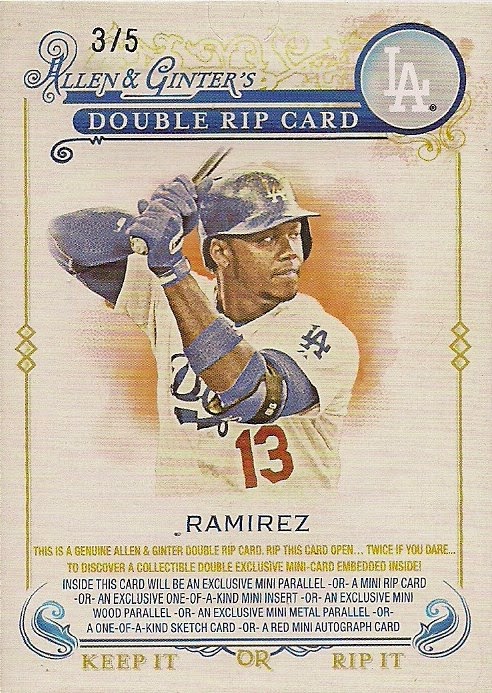 This is my first rip card. I didn't pull it -- I don't really buy boxes anymore. It was sent to me by Jeroen, The Dutch Card Guy.

Since it's my first rip card, you must now be submitted to my very outdated and antiquated views on rip cards. And those are: I can appreciate the intrigue created by a card like this, but I have a fundamental problem with voluntarily ripping up a baseball card.

Just putting aside the philosophical argument of turning a card into a wrapper, I don't know if I like the idea of ripping up my own baseball cards ... in my own home ... where there are people who don't understand the whole accumulation of baseball cards thing ... and giving them IDEAS. One simple tear in front of the wrong person, and I might come home to a pile of cardboard carnage.

But these are the gimmick times in which we are living.

So, anyway, this is one of those double rip cards from 2014 Allen and Ginter. Jereon pulled it, and despite my desperate pleas for him to keep it intact (not really), he ripped it and was instantly punished with a Yankee. That Yankee card was rip card, too, which yielded a mini 1-of-1 Adrian Beltre.

None of those would have made me pleased that I had ripped up a double-sided Dodgers card. I think Jereon realized that, which is why he sent me the wrapper ... er, card. Here is the "ripped" side: 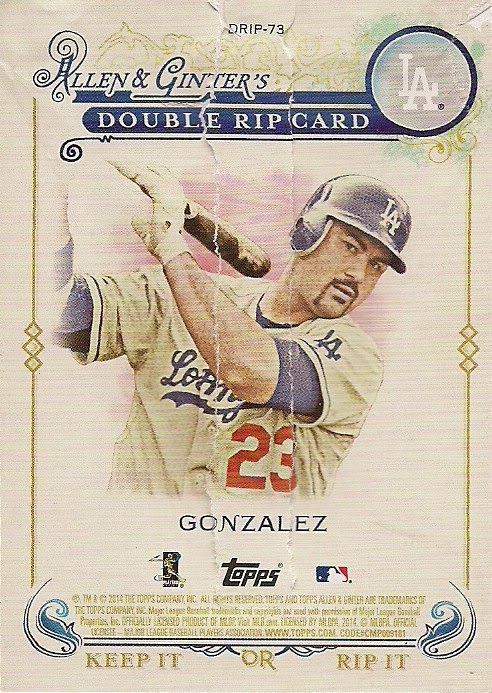 Your National League RBI leader is all torn up. That isn't right.

So, that was my first "first" from The Dutch Card Guy's sendings.

Here is my second "first": 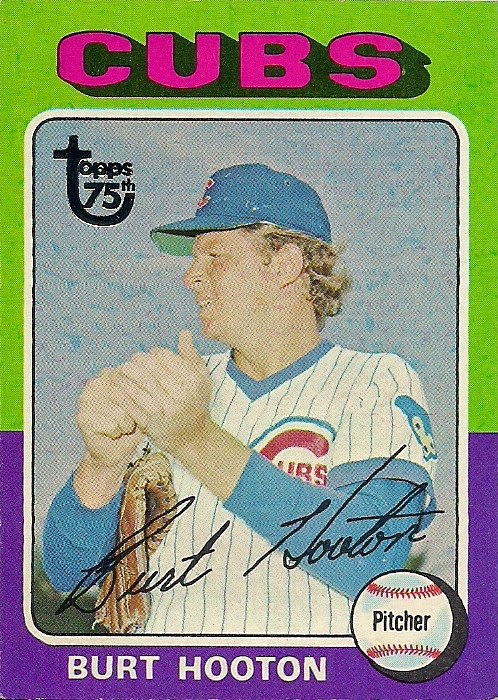 I have other stamped "buyback" cards, but this is the first buyback from the 1975 Topps set in my collection.

When Jereon featured this on his blog, I instantly had an idea. My quest to complete the '75 Topps mini set is winding down (final cards growing mold in my cart because of the whole stupid no money thing), and I've already completed the regular '75 set, but what else is there '75ish?

Some have brought up the OPC '75s or graded '75s, but neither of those fit in with the spirit of the first set I ever collected. There are Kellogg's 75s, which may be a possibility someday. But then I thought, how cool to have some buyback '75s?

Sure, buybacks are pretty annoying in a lot of ways. I don't want gold stamps on my 1956 Topps. But I've already completed the '75 set. I think I'd like to see how many '75 buybacks I can accumulate. At least the Dodgers, anyway. I ESPECIALLY want a '75 Ron Cey buyback card. So if anyone knows how I can work that into my collection, let me know.

The rest of the cards that Jereon sent aren't as unique to my collection, but that's not stopping me from accumulating! 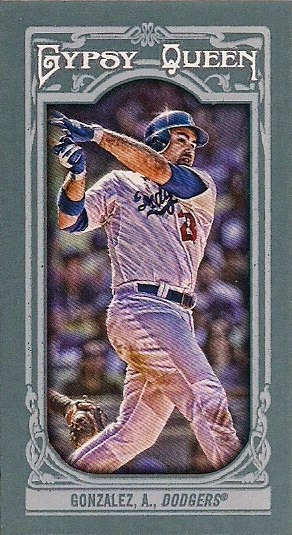 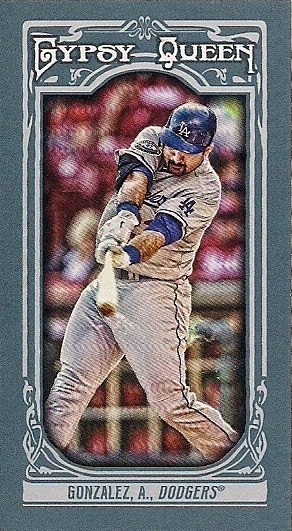 I suppose I should have determined which one was which before I wrote this post. I'm a bad, bad blogger. 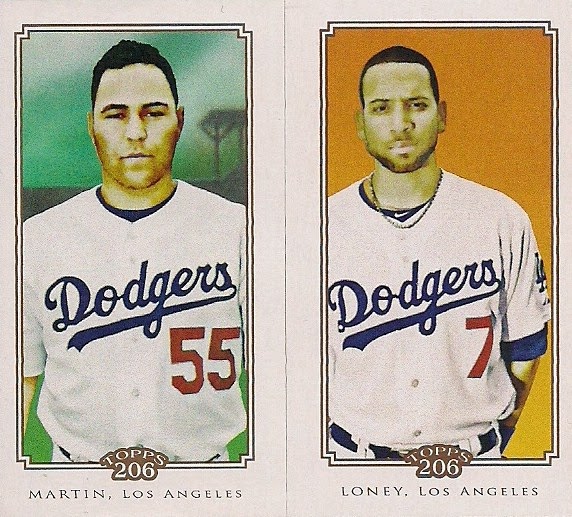 T206 doesn't look right with modern players. The Russell Martin card is your average Piedmont back variation. The Loney card is the Caramel variation. But I hope everyone has moved beyond variation backs. In fact, forget I said anything. 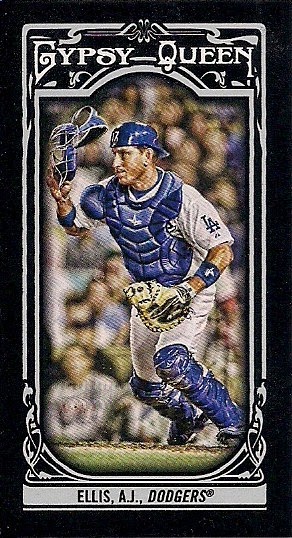 I have this particular mini already. Since there are just 199 of them, the thought of collecting them all crossed my mind. But I won't do that. Instead, I'll be happy to trade it to a Dodger collector for any Dodger mini or Allen & Ginter frankenset mini that I need. 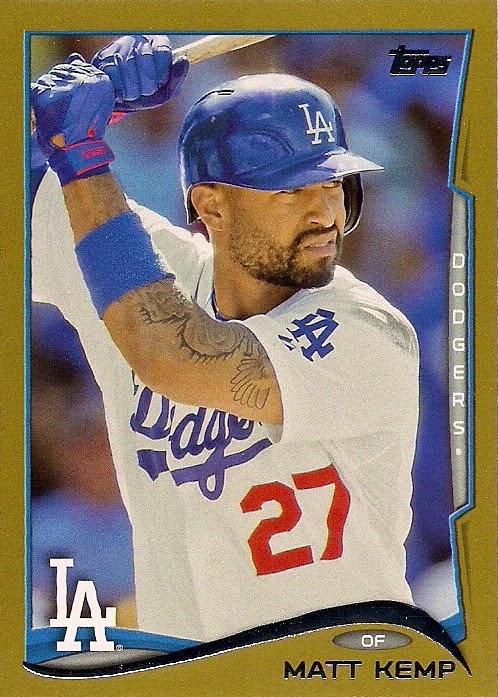 Back to biggie cards. It's a goldie of yesterday's birthday boy who hit a home run on his birthday. Do you know how difficult that is to do? I've done the same, but that was against some 12 year olds and we were using a tennis ball and launching it over the garage 150 feet away.

I'm hoping by the time I get home from work, Kemp will have helped the Dodgers clinch the National League West for the 13th time.

Thanks, Jereon for some new kinds of cards in my collection. I promise I won't rip any of them up.

BobWalkthePlank said…
I've never owned a rip card either. The Pirate versions featuring McCutchen and Cole are super expensive. I could buy a autos of each guy for cheaper.
September 24, 2014 at 9:30 PM

AdamE said…
I think since hd got a mini rip in it there was only one in it. Two mini cards or one really think mini rip card, at least that is the way I understood.
September 25, 2014 at 10:56 AM

Spankee said…
Yeah, so nevermind on the second ripped side...the Mini Rips are so thick they got rid of the piece that separated the two sides. I got a metal mini in my double rip which was semi thick and heavy and there was a reg EXT mini on the other side, so I thought there'd still be room in the other side of the double with the mini rip. my bad.
September 25, 2014 at 1:46 PM