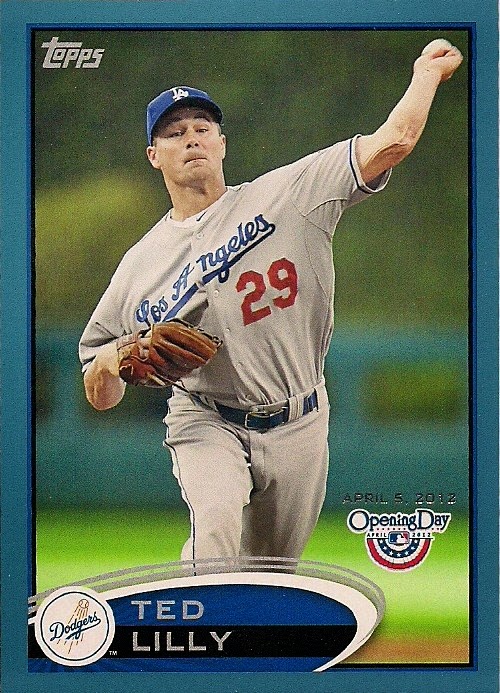 "Anxiety" is a critical component of team collecting. Perhaps others would use another word or phrase: "excitement", "butterflies", "preparing for the chase". I call it "anxiety" because that's how I've felt the last few years when yet another set arrives, meaning somewhere between 8 and eleventy-six more Dodgers to collect.

I think I finally got burnt out on all of that and now when a new set arrives, I barely remember to put up a want list for it. I'm still behind on several 2014 sets.

For example, the Junior Junkie sent me a whole bunch of Dodgers recently. A good portion of them were from this year's sets. And, yes, almost all of them were cards that I'm seeing for the first time. Cue '70s arena rock band singing about "first times" but not singing about sex at all. 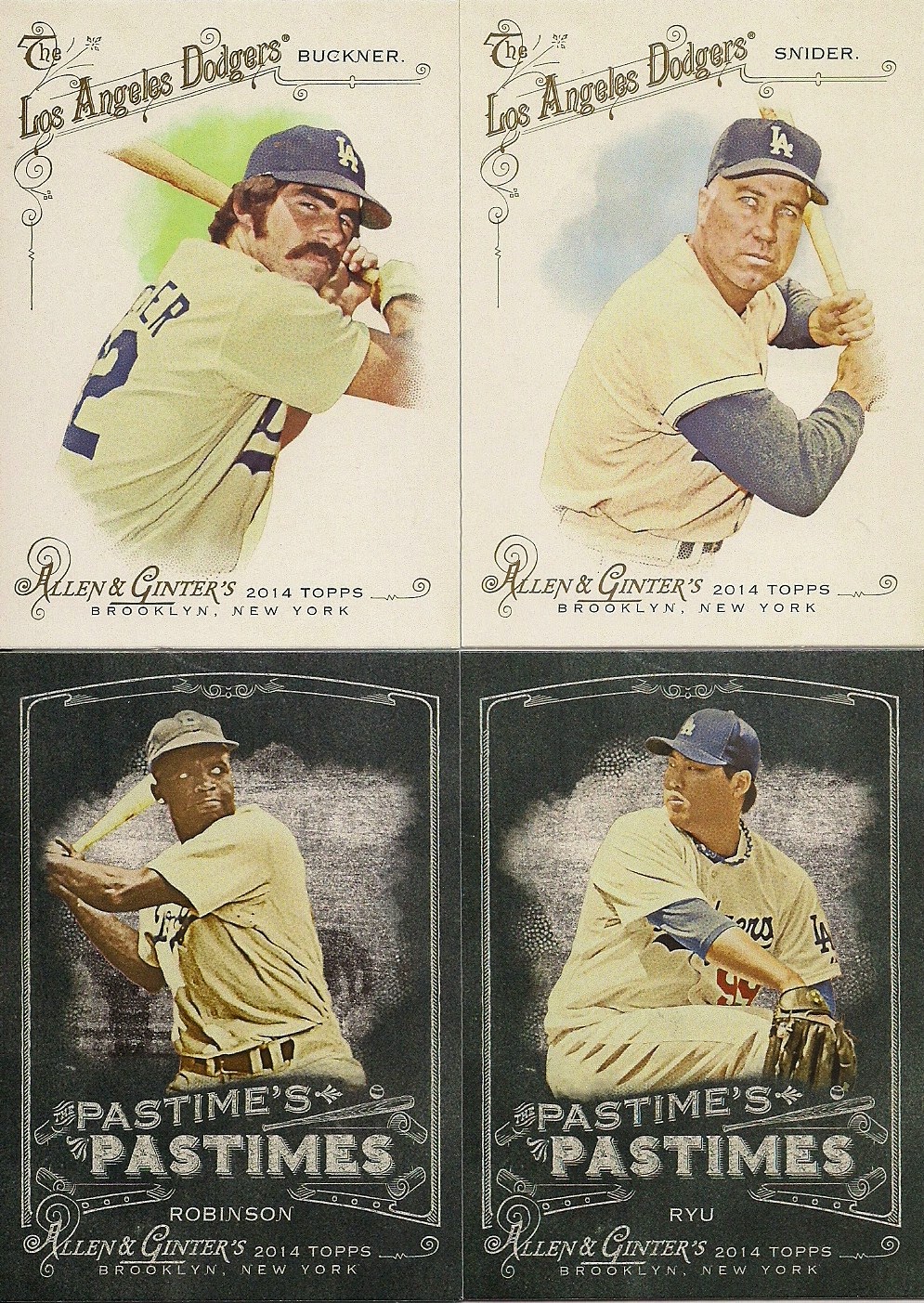 I'll start with Allen and Ginter first. The Billy Buck was the only one previously in my possession and I need a second one for the set completion task. 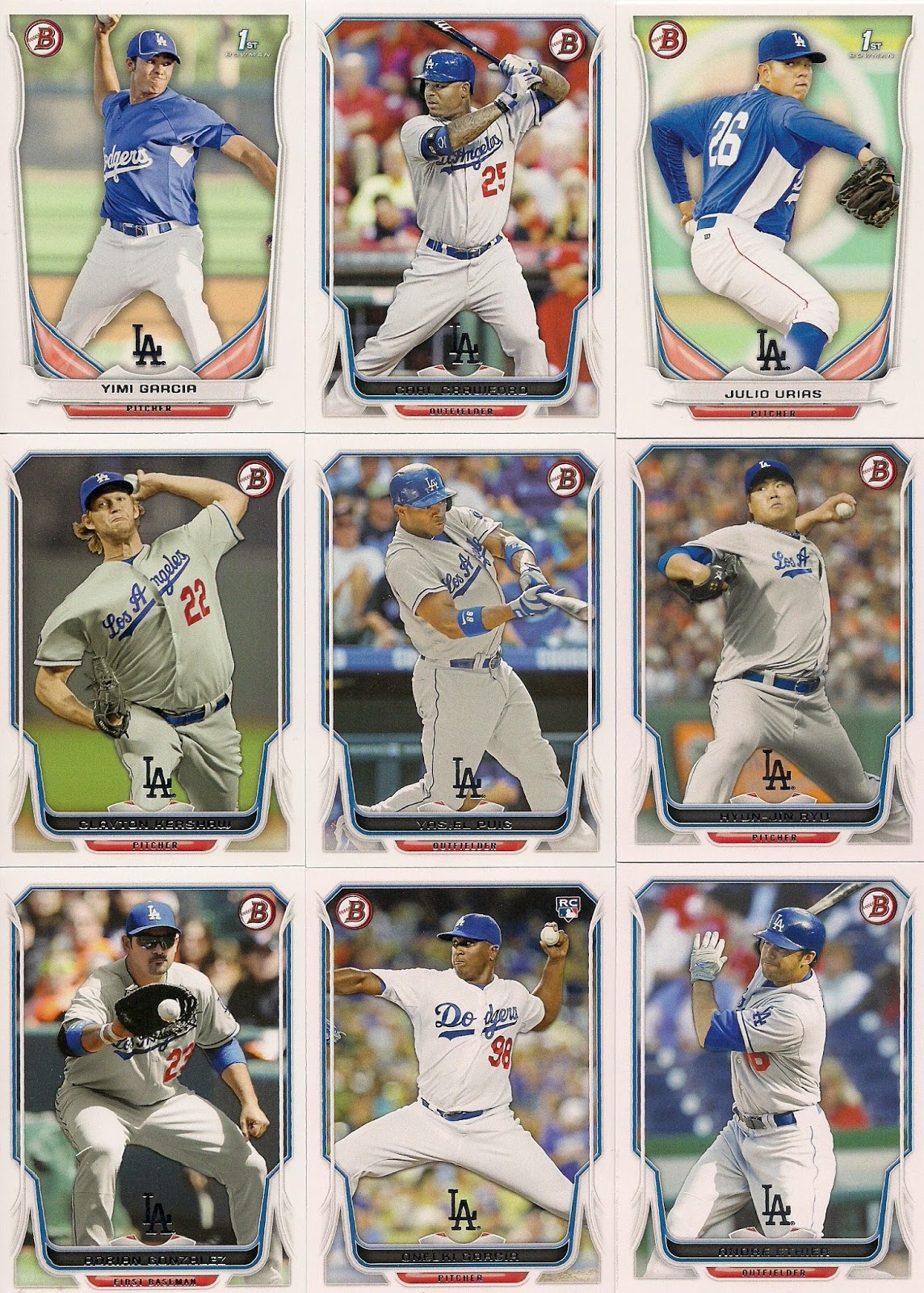 Now on to Bowman. I don't even have a want list up for 2014 Bowman. So it'll probably take me a month to figure out which ones of these I have and which I don't. I'm not being lazy, I'm being "relaxed".

Whoops, forgot the shiny ones.

I think Bowman started my whole lapse in creating want lists. I feel like I need to be paid every time I put together one of Bowman's convoluted lists.

The Junior Junkie understands the team collector. Yes, my disinterest in Gypsy Queen is well known. But, I still need all of the Dodgers. Please meet just the second, third and fourth GQ Dodgers in the collection. Three years ago I would have had them all by now. And I would have complained how ugly they are.

The rest of the cards are not from 2014, so there's probably a want list for all of these: 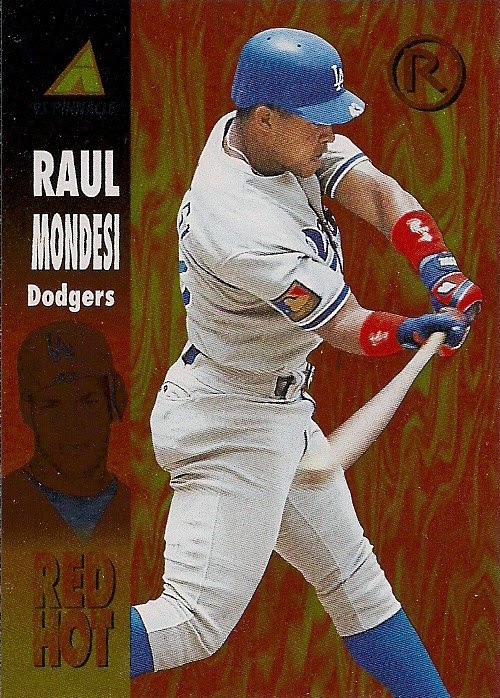 An insert from 1995 Pinnacle. This is what it looks like to play baseball in hell. 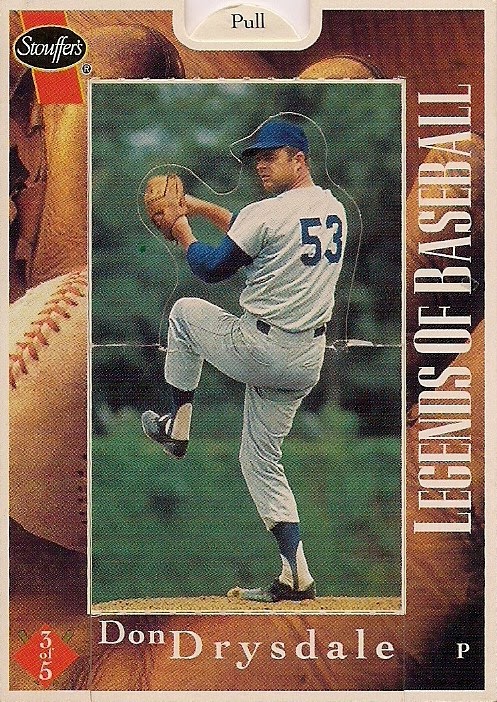 This my second or third version of this Stouffer's Drysdale stand-up card. So, naturally, this time I did pull: 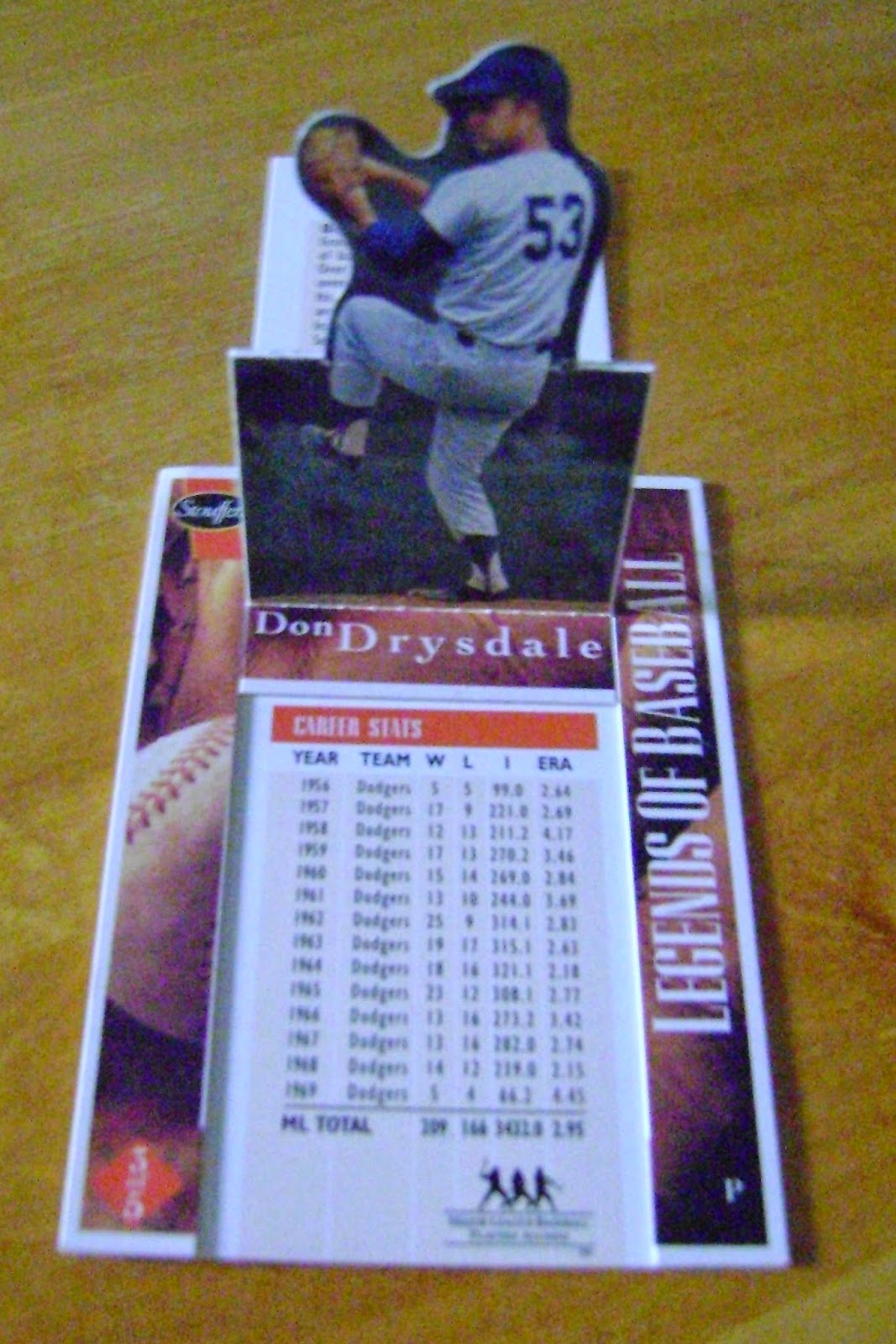 I must display this. Also Stouffer's French Bread Pizzas are a clubhouse favorite, so says the ad that emerges when Drysdale pops up. It was also a favorite of mine when I was scrounging around in an apartment right about the time this card came out. 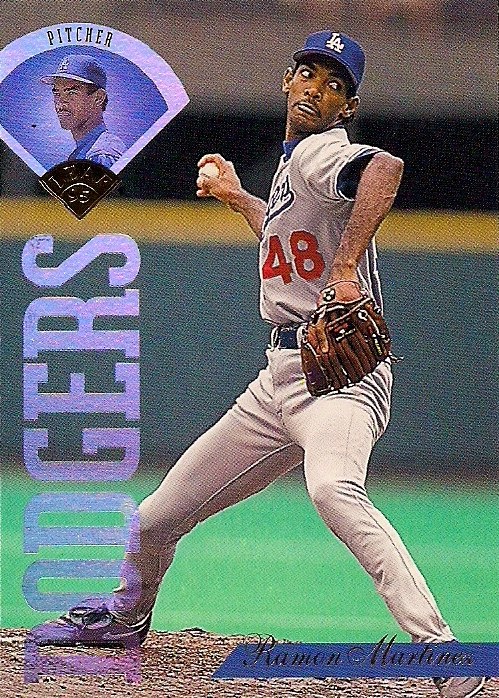 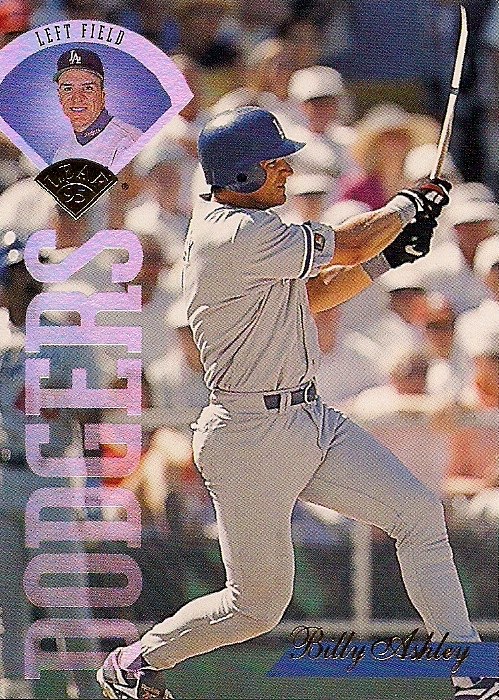 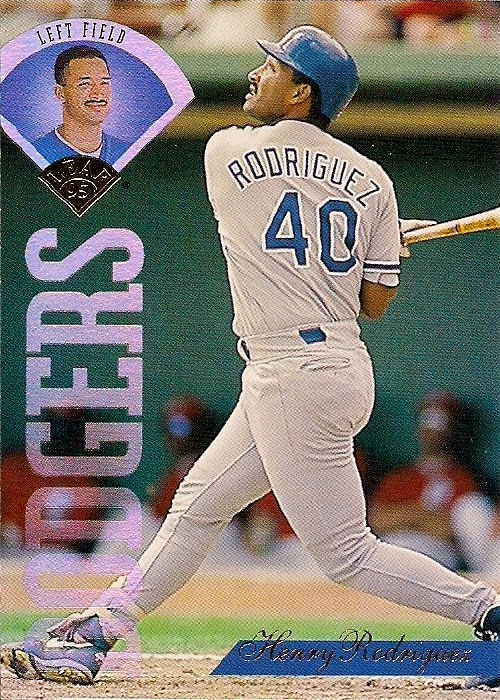 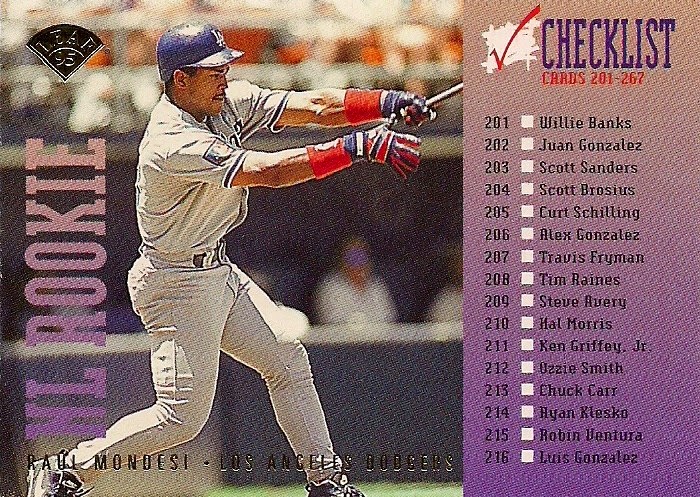 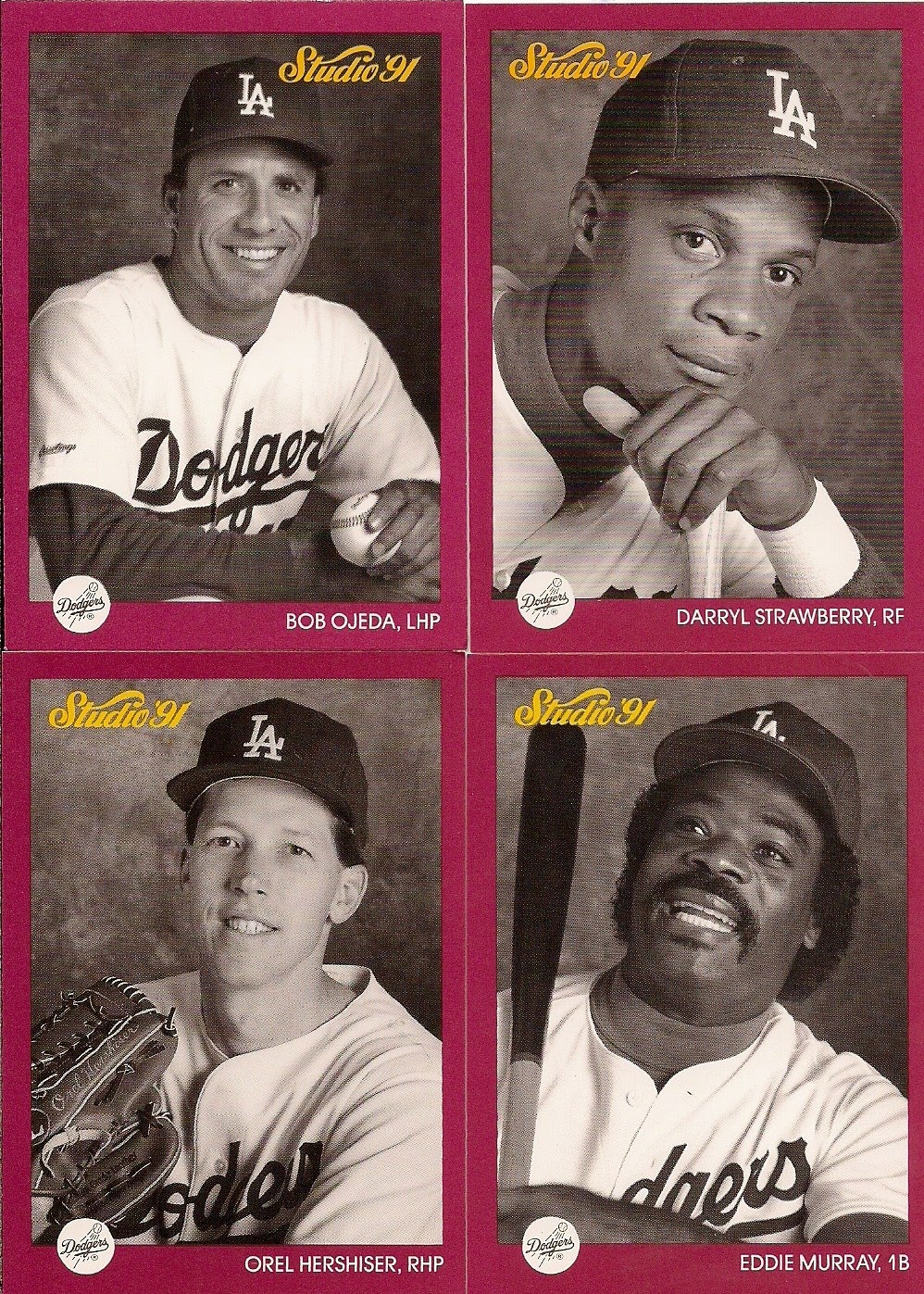 The Junkie recently got himself a giant box of 1991 Studio. He sent the extra Dodgers my way. I've completed the team set already, but Studio is always good for entertainment. The TV viewing choices of these four individuals are L.A. Law, CNN, In Living Color and the Three Stooges. Guess which one chose which. No peaking on my Twitter feed. 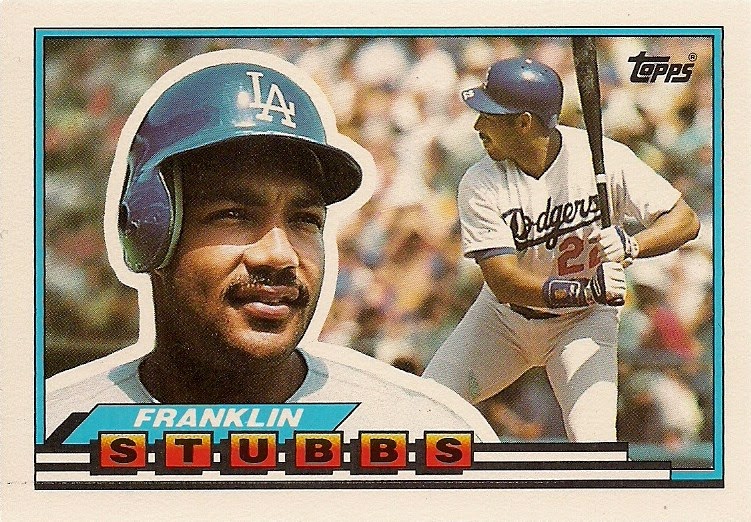 I needed this card. I am filled with shame. 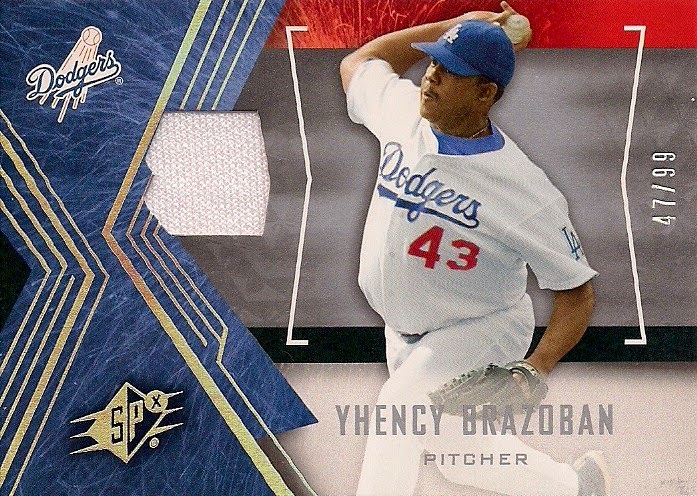 Here is a pioneer. Before Yhency Brazoban, there were very few major leaguers whose first name began with "Y". Prior to Yhency and Yadier Molina there was "Yorkis" and "Yorvit". That was it. 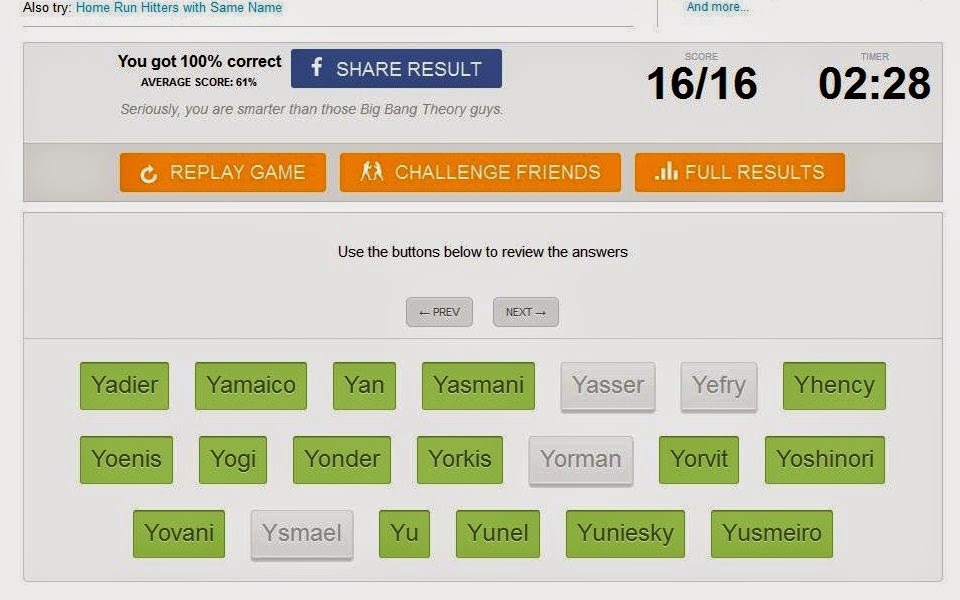 That's my perfect sporcle score in matching the "Y" named player with their last name. You'll notice no "Yasiel", but that's because the quiz was created two years ago.

Also, I think they're being cute with "Yogi". 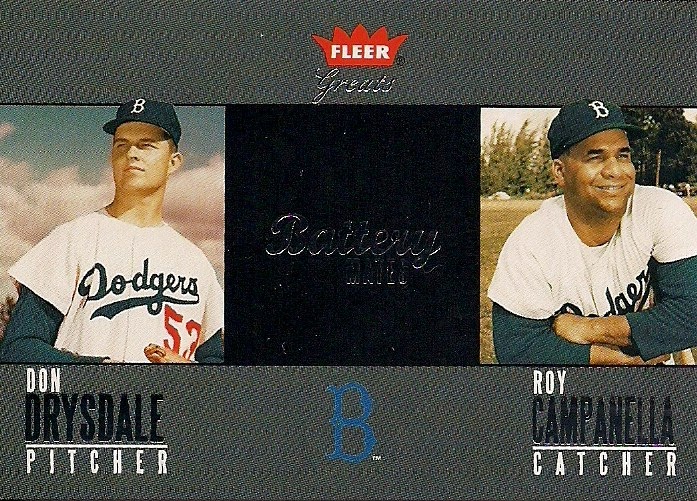 I have 3 or 4 of these. I love the card so much that it makes me want to collect all of them. 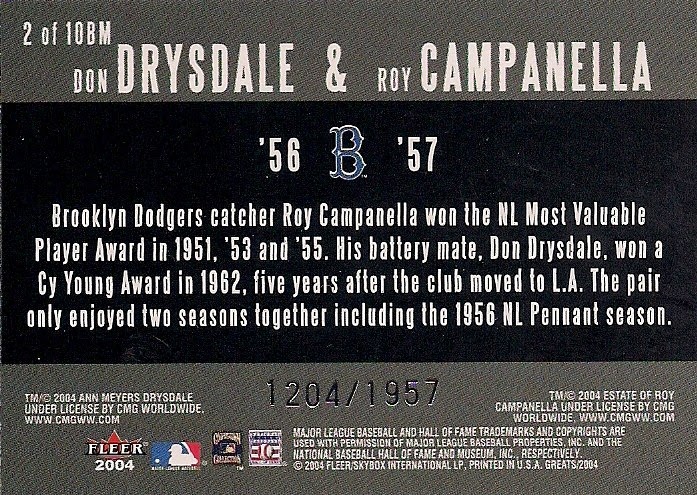 If I think team collecting is some anxiety, imagine what kind of basket case I'd be trying to grab every serial number.

You'd have to lock me in a room with that Don Drysdale pop-up card and a few dozen Stouffer's French Bread Pizzas.

Commishbob said…
I swear I can't imagine how tough it must be to be a team collector these days. So many different sets and subsets and rainbows and Target and WalMart variations and other variations on and on.

Fuji said…
I miss Topps Big. Bet you never heard that before. But I'm totally serious. I love the portrait and action shot. Kind of reminds me of my favorite set of all-time... 56T baseball.
September 23, 2014 at 1:46 AM

Tony L. said…
I agree and yet I still have to set limits for myself as both a player and a team collector. Chasing anything serial numbered as less than about 25 can be far too frustrating for me.
September 23, 2014 at 8:16 AM

Unknown said…
i dont worry about making want lists... id take pretty much anything at all of my teams(Cubs/Bears/Bulls) regardless of whether i have them already or not.. but its always good to get something you haven't seen yet or don't have...
September 23, 2014 at 10:08 AM

Mark Hoyle said…
I have want lists for anything pre 75. All the newer stuff I will just gather up and at someoint try to sort it out. Way to many sets to stress about. Definetly agree with the Commish
September 23, 2014 at 2:00 PM