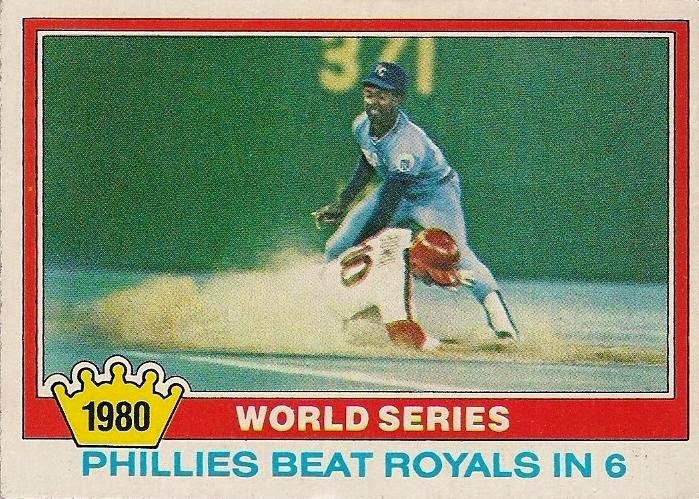 With just a few glaring exceptions, I like the teams headed to the playoffs this year. Taken collectively, they offer the excuse for nostalgia. In fact, when I see the playoff schedule, the Human League starts playing in my head.

There is still one playoff spot undecided -- the A's or Mariners will determine that tonight or tomorrow (or Monday) -- but I can still see a team from every World Series of the 1980s, except 1986, in this year's playoffs.

Here is the breakdown:

This makes me happy, partly because I hated the Series matchups in the '90s, but mostly because the '80s was full of good times and the unexpected, both on the field and off, in my life and out.

I think this is why the Royals are drawing so much applause for making the playoffs for the first time since 1985. People of a certain age (mine) and even younger remember the days when the Royals made the postseason virtually every year. We grew up during that time. The Royals were -- are -- supposed to be in the playoffs. During the late '80s, it felt awfully empty without K.C., and, apparently, when you don't let K.C. in the playoffs for a few years, then the '90s happen and it's the Yankees and Braves stomping their boot all over everything.

So, yeah, good for the Royals. And all those other teams who were good in the '80s making it back again (mostly the Dodgers and Orioles).

I'm looking forward to seeing some new blood in the World Series.

Which actually is old blood.

Matt Runyon said…
I have a lot of fond memories of that era of baseball. It's nice to see the Royals back in the playoffs. Except for your Dodgers, I don't have anything against any of the teams that are going to the playoffs. It will be nice to see some different teams in the Series.
September 27, 2014 at 8:03 PM

Mark Hoyle said…
Great post. I find myself really interested in the match ups this year
September 27, 2014 at 10:39 PM

defgav said…
I'll be rooting against the Cardinals and Giants.. otherwise, gonna be a great postseason.
September 29, 2014 at 12:59 AM

deal said…
Team Phungo approves of the above card. If the Phillies were one of the 10 teams in the playoffs, we would also approve of the playoff brackets. We will be cheering on our AL Squad - The O's this year.
September 29, 2014 at 11:24 AM