The man who taught me the meaning of the home run 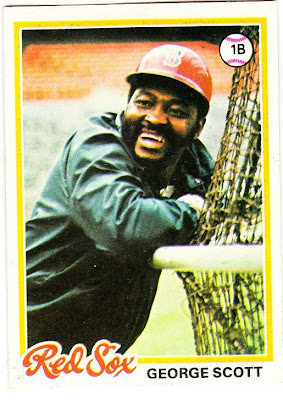 As a child, life's greatest concepts are a mystery. They must be unraveled bit by bit until the full realization hits you like a line drive to the chest.

That's the way it was for me with George Scott and the concept of the Home Run. 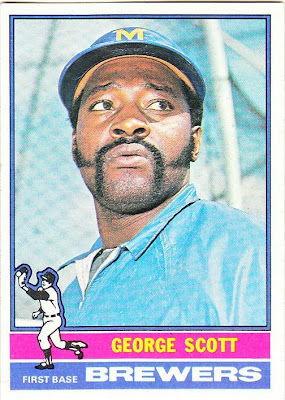 I knew who George Scott was. The first card of his that I saw was from 1976 Topps. I liked it instantly. The Brewers were this nebulous midwestern team with a borderline teenager at shortstop and public fixation with beer. Scott's 1976 card helped put a face on the Brewers. A jolly, pleasant, hulking face. Kind of like Prince Fielder, except with less repressed rage.

I thought I knew what the Home Run was, too. My first televised baseball memory was a home run, Carlton Fisk's almost-foul blast in Game 6 of the 1975 World Series. I had watched a number of home runs since then and they were interesting. Maybe not as interesting as Matchbox cars, but worth seeing.

Scott, who was playing with the Red Sox after being traded from the Brewers in the offseason, hit two of the home runs. But he didn't stop there. He set a furious pace through June. During a 10-game stretch, which included a sweep of the Yankees by scores of 9-4, 10-4 and 11-1, Scott hit nine home runs and grabbed the AL homer lead.

The final moment that solidified my appreciation for Scott and the Home Run came in the July 4, 1977 issue of Sports Illustrated that arrived in my parents' mailbox. The cover featured a photo of Ted Turner. Something about sailing. Boring. But inside was a glorious article about the Red Sox's home run barrage. Thirty-three homers in 10 games -- staggering for that time period.

The story featured photos of Scott, and in a take-off on his nickname "Boomer," the graphics folks placed little "Booms" all over the two-page spread to illustrate the home runs going off all across American League ballparks.

That's when the line drive hit me in the chest. That sealed it. I was a fan of both George Scott and the Home Run. The thrill. The drama. The explosion of power, and the ensuing roar of the crowd. 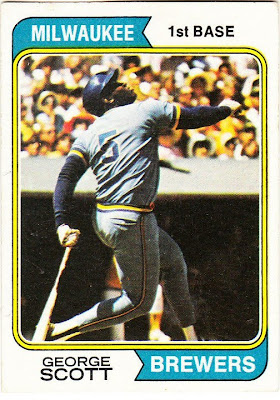 First, he had the bad ass nickname of "Boomer."

Long before this guy had the name ... 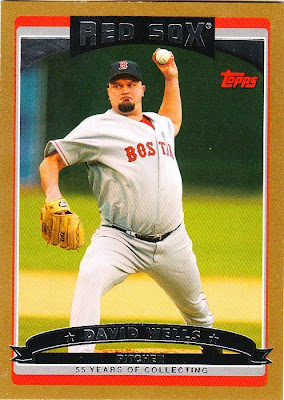 ... or this guy (strictly because Berman can't stop being a blowhard) ... 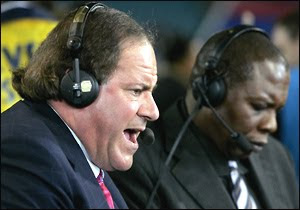 Those guys are pretenders. George Scott WAS Boomer.

But he was more than a nickname and home runs. He was an all-around decent hitter, drove in runs at a monster rate and raked in gold gloves at first base.

Scott had the style thing going, too. He wore a helmet while playing in the field after a fan threw something at him while he was manning first base. And he wore a necklace consisting of shells and beads. 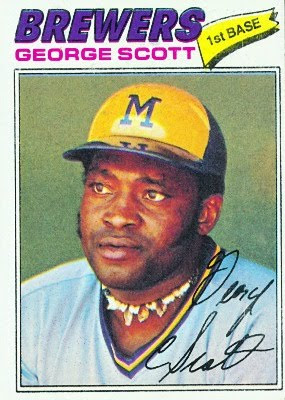 When a reporter wondered what the necklace was made of, Scott famously retorted: "Second basemen's teeth."

He called home runs "taters" and we did, too, in our tiny backyard, rocketing tennis balls over the garage roof.

Scott was a large man who has battled weight issues virtually his whole life, but he always had a smile. He was hugely popular with Red Sox fans, both during his first stay with Boston in the late '60s and early '70s, and then again in the late '70s.

His career came to an end shortly after his big years with the Red Sox. I was crushed when he ended up with the Yankees. 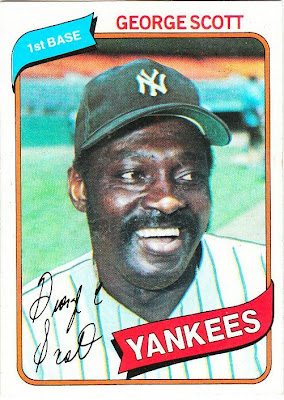 That's Scott, looking all wrong in an airbrushed Yankees cap and uniform.

Things didn't go that well for Scott in New York either and his major league career was over. Later he played in Mexico. In the 1990s, he was a manager for an independent team in Massachusetts. He was inducted into the Red Sox Hall of Fame a few years ago.

Unfortunately, I never hear anyone talk about George Scott anymore. The man hit 271 home runs, knocked in over 1,000 runs and won eight gold gloves. What's a guy got to do? For me, he had the whole package: awesome skills, a larger-than-life personality and was also someone good with a quote or a quip.

One of my favorite quotes of his is from another SI story, which followed Scott when he was playing Mexico. Scott said:

"I was born poor, I was born black, and I was born in Mississippi. When you've been through that, you can deal with anything."

Now that's the statement of a badass.

As you've probably guessed by now, George Scott is the latest member of the "I'm Badass and You're Not" Club. I mean the guy showed me how thrilling a home run could be. And he did it without steroids. 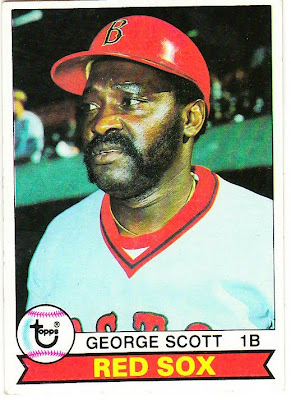 I suppose you're also guessing that I am going to do a "best of ..." post and poll with Scott's 1970s cards pretty soon.

You know me so well.

Eggrocket said…
One of the first big league games I ever attended was in Kansas City in the mid-70s. Hank Aaron was finishing his storied career with the visiting Brewers and that was the big attraction. But it was Scott who cracked a pair of home runs that night. I still remember waving the Brewers pennant despite the booing Royals fans.
March 18, 2010 at 2:30 AM