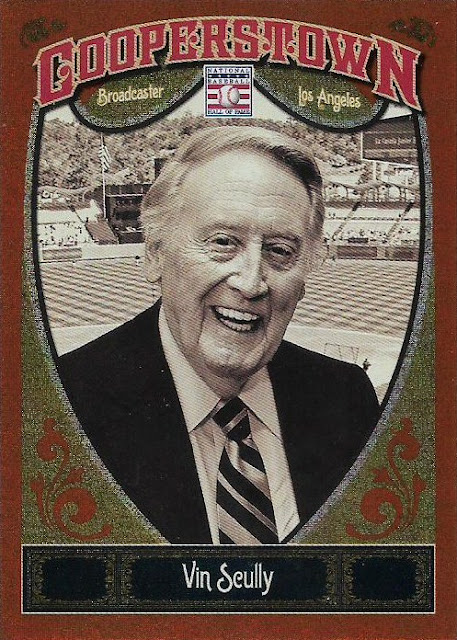 I don't know if you heard but Vin Scully made his social media debut yesterday.

Yup, the 92-year-old decided the time was right to enter the online swamp and start up a Twitter account.

I hope it goes well for him. He said he misses the fan interaction and people probably will be mostly civil to such a legend. Scully is one of the few phenomenons in life that everyone on Twitter can agree is a treasure, and hopefully the trolls will leave him alone.

Outside of when Scully started becoming the main voice for NBC baseball during the 1980s, I didn't grow up listening to him like many Dodgers fans. And I've had to learn many of his well-known phrases second-hand from fans who repeat them quite often.

One of the most-common is "old friend" or "old friend alert." Scully turned the conflicting feeling of seeing a former Dodger on an opposing team, often playing against the Dodgers, into a friendly sentiment. It's become such a popular phrase that baseball fans and those who cover the sport have been using it regardless of what team they follow.

I thought of the phrase recently when I received small envelopes from two separate bloggers a few days apart.

Each of the bloggers were blogging about cards when I first started my own blog. One was gcrl, who started out with garveyceyrusselllopes, and the other was phungo, who runs, uh, Phungo.

Back then, they were very receptive to my new blogging status. It was such a tight community then, a little more so than the factions I see sometimes today. When I made it known I collected the Dodgers, gcrl was overjoyed to find a fellow L.A. fan. Finally he could trade cardboard with a like-minded collector. Meanwhile, Phungo, within a month or two of me blogging, was interested enough in my thoughts to interview me for series he used to run. It was one of the most interesting card blog series at the time.

Both collectors are still collecting and still blogging. Phungo isn't quite as active -- a common theme for bloggers who have been doing this for 10-plus years. Meanwhile, gcrl is a bit busier, with his new blog, cards as I see them.

The envelopes that I received were the first that I had gotten from each of them in quite awhile. We used to trade more often. It was like getting gifts from old friends -- "old friend alert!" -- and I immediately thought of those thrilling early blogging days when every new post from any card blogger was exciting and the comments were fun and interesting and full of thought.

So, now that you're caught up and wondering where the heck the cards are, I'll show them.

Here are a few set needs from gcrl: 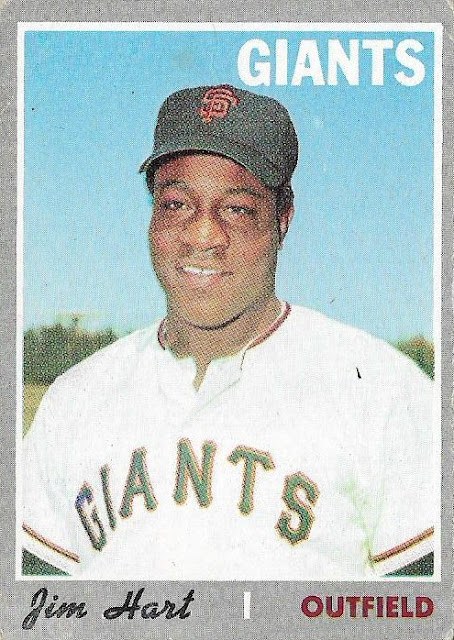 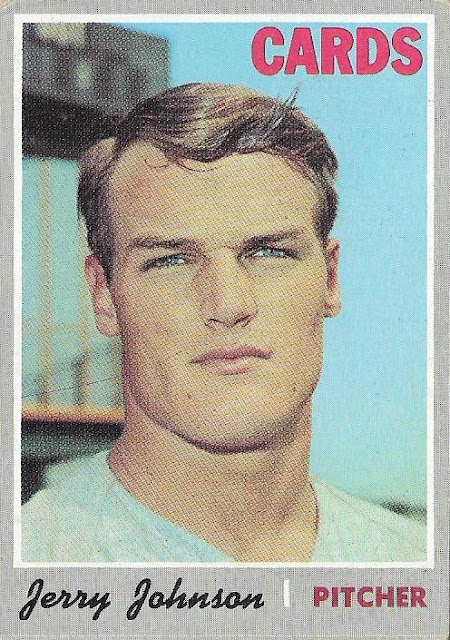 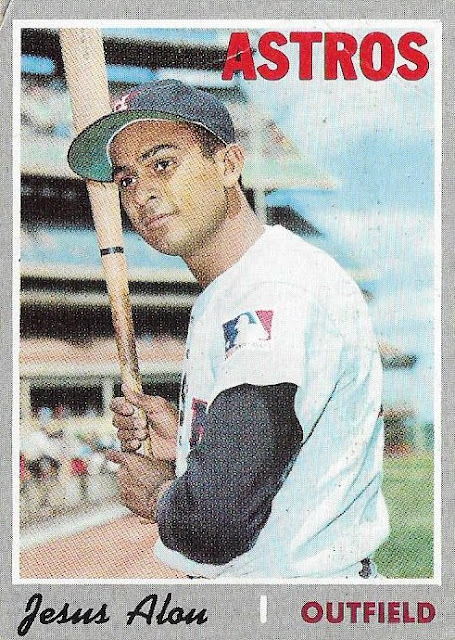 A few 1970 Topps items, I think most of these will fit in with my set quest. Jim is one of the bloggers who has already completed the '70 set. A few bloggers have that on me, I made it the last of the 1970s sets to complete so I'm a bit behind. 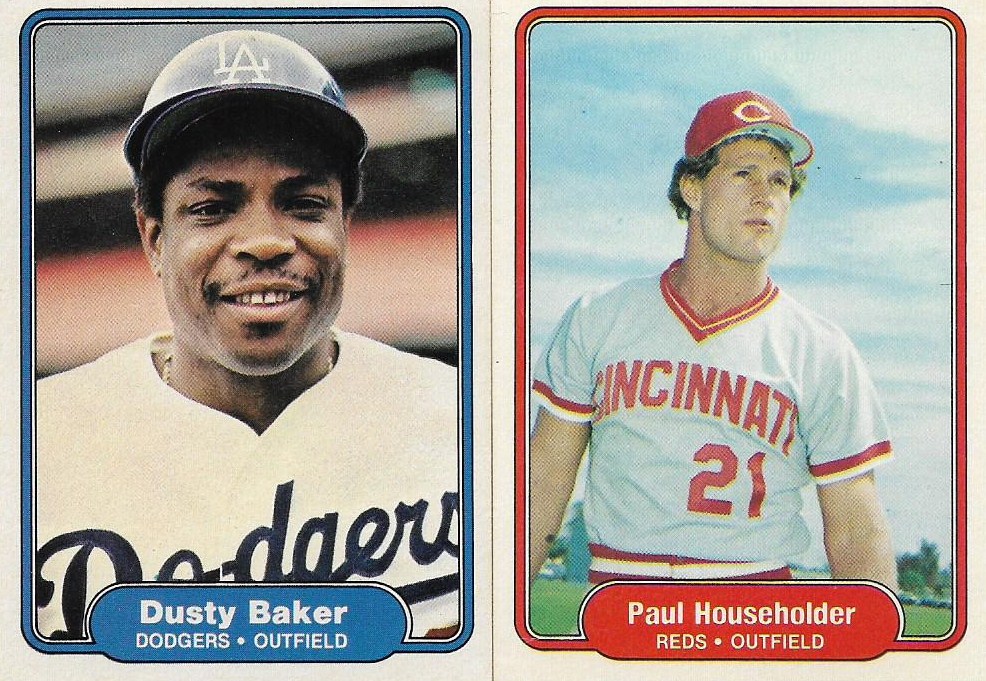 Two 1982 Fleer needs. See? This is why you need fellow Dodger collectors as trade buddies. As many Dodger cards as I own, some, like Dusty Baker -- the first card in the '82 Fleer set -- become elusive. And if a Dodger collector like me doesn't have an extra, what chance does a non-Dodger collector have? Enter the old friend. 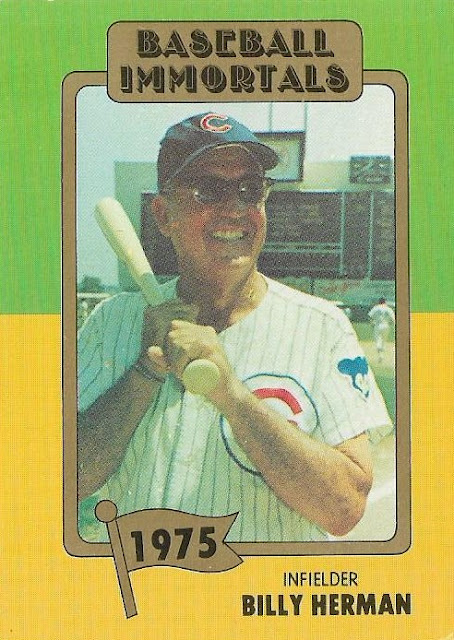 This card is for the 1980 Baseball Immortals set quest. I still think I'll end up landing a complete set online somewhere, but I'm more than happy to pick up these wonderfully bright '75 Topps tributes card-by-card from fellow collectors. 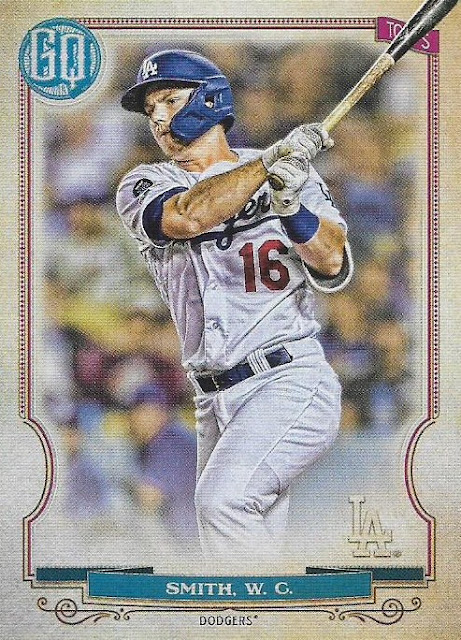 Current Dodger need. Some Dodger card fans collect Gypsy Queen, some (me) don't. This is much appreciated. I see 2020 GQ made their card numbers on the back a little bigger than microscopic this year. Last year's point size was less-than-tiny and must have been some sort of unspoken deal with optometrists. 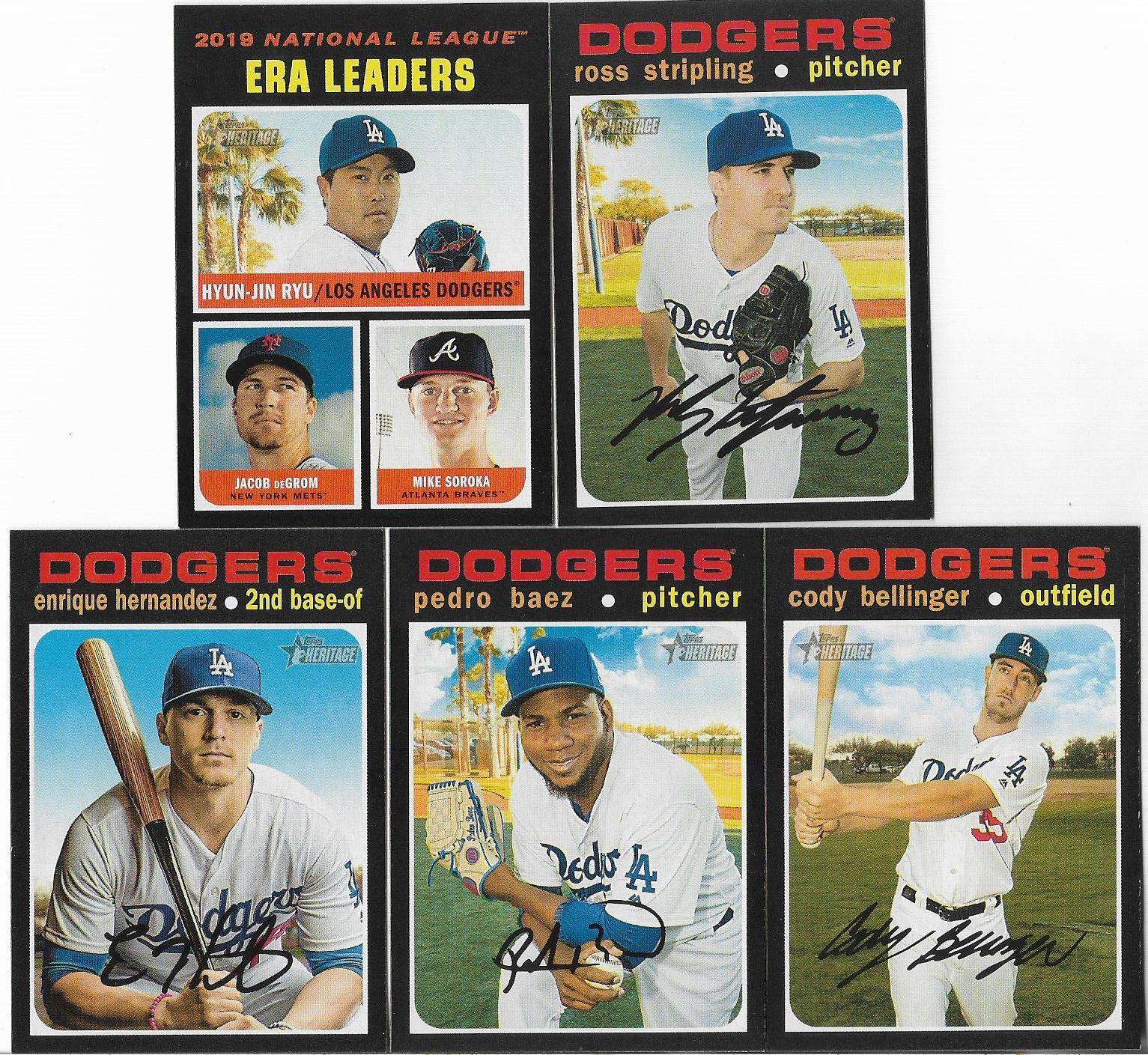 I think these were intended for my 2020 Heritage set quest, which arrived around the same time as that big stack of Heritage cards from Dave. But a couple did make it into the set. 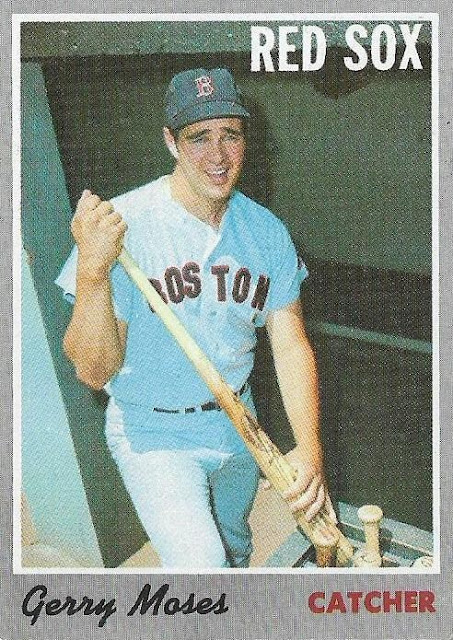 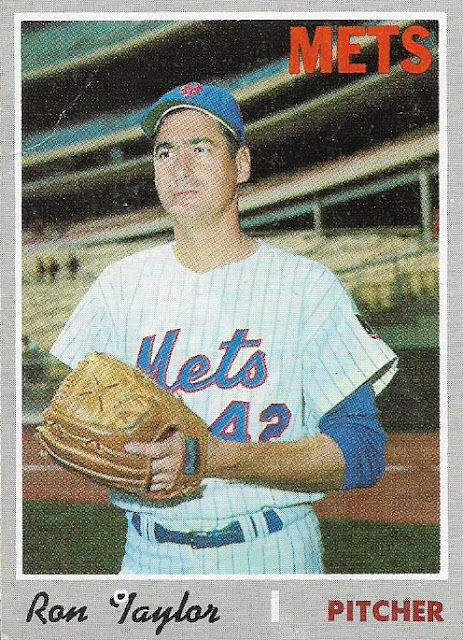 Phungo went a bit more old-school with his envelope but I'll start out with the 1970 needs, just like with gcrl.

That Gerry Moses card always baffles my brain because it is one of the first 1970 Topps cards I saw in person and for that reason I often think I own it already. But I don't! ... But now I do!! That good old card blogging magic strikes again! 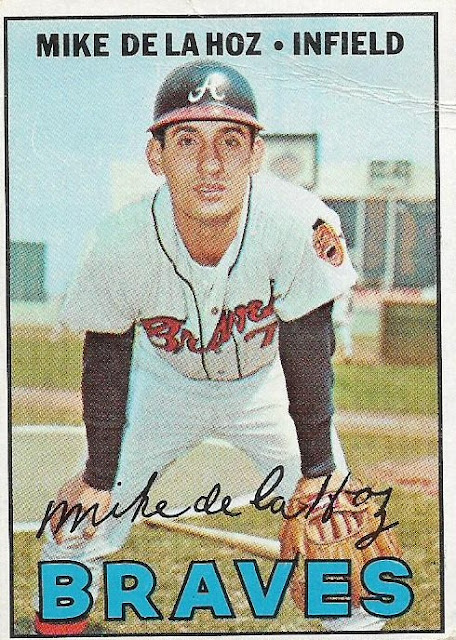 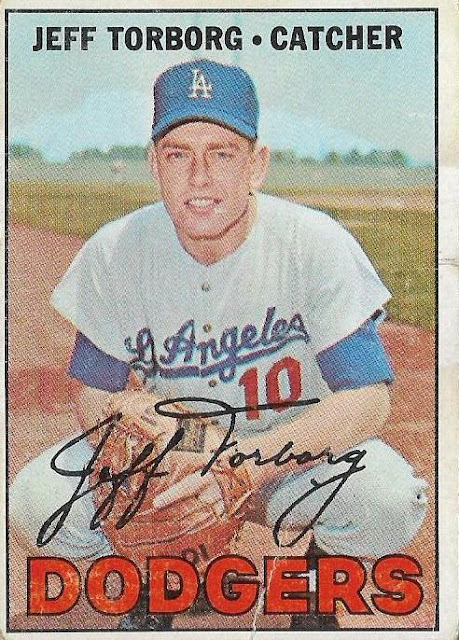 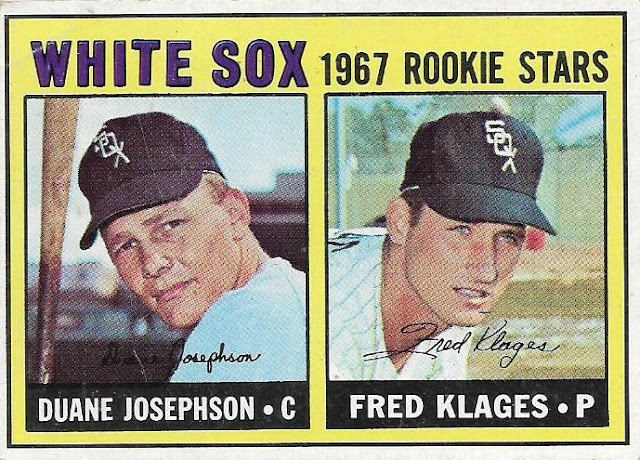 A few semi-loved 1967 goodies. I guess I don't have an extra Torborg card already? What kind of Dodger collector am I? 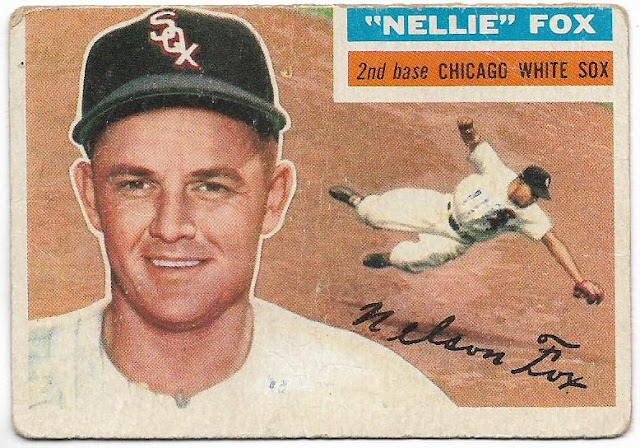 The '56 Nellie Fox is a card, along with the Robin Roberts, that I owned back when my brothers and I received those 1956 cards from my dad's work friend. Then it disappeared in a trade somehow. Silly me.

This is what old blogging friends will do for you.

Also thanks to Phungo for the hand-drawn '75 Ron Cey picture. Those are the envelope extras that I would see a lot more back in 2008-10, or so.

It was a lot of fun then. Yeah, it's still fun now. But I'd liken it to dating the person you're discovering is "the one" compared with being married to them for 20 years. Yeah, it's still great, more meaningful and all. But the thrill?

That thrill doesn't come around as much, usually only when you get a couple envelopes from old friends.

So, many thanks for kicking up those memories.

Have a good night. And be nice to Vin.

Old Cards said…
A great bunch of cards with a nice finish. You got some really good friends.
September 3, 2020 at 7:26 PM

Commishbob said…
Post is overflowing with sweet cards. The '67s remind me that I need to get my tail in gear and get back to work on it.

One of the most enjoyable things that occurred over the last few years was the chance to listen to Vin Scully via my SIRIUS radio in the late evenings. Once the Orioles games were done (and many times sooner) I'd flip over to catch his broadcasts. I didn't care about the game 9sorry) I just enjoyed sitting on my back deck and ending my day with his voice. No kidding...baseball (for me) has been much less enjoyable since he retired.

gcrl said…
And a very pleasant good evening to you, wherever you may be. It's great that you are working on some sets as its harder to find dodger cards that you need from my dupes. I'll keep looking though. We first traded 12 years ago and I've appreciated each one since.
September 4, 2020 at 6:38 AM

bryan was here said…
I'm intrigued by the Billy Herman card. Why is he in a Cubs home uni in Shea Stadium? That is definitely not the Friendly Confines.
September 4, 2020 at 2:50 PM

acrackedbat said…
Old friends indeed. Superb vintage here but I'm drawn to the Moses. Gotta get me one of those
September 5, 2020 at 8:37 AM

Fuji said…
Kudos to Scully for creating a Twitter account and attempting to connect with his fans. It's nice to see guys like him and my father who is just a few years younger than him still trying new things (my pops started blogging and loves it).
September 5, 2020 at 9:38 AM

deal said…
Big moment for Team Phungo - getting mentioned in a posting that features Vin Scully.