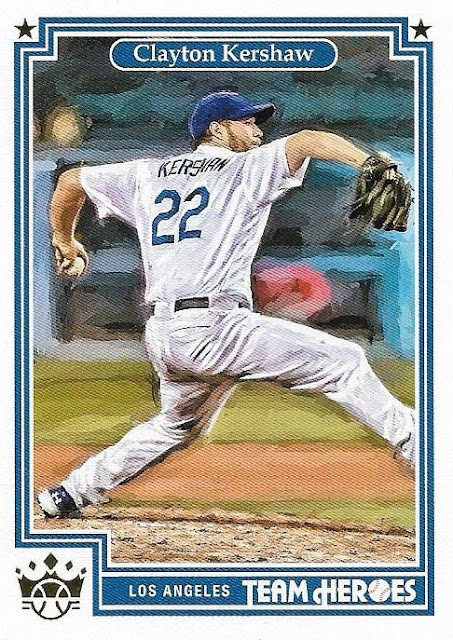 One thing that I fail to do when trading in this hobby is make the best use of my PWEs and my extra pages.

I happen to have two extra ones right here on my desk, from two separate packages, from two guys who I haven't received cards from in awhile.

The first is from Jeff of 2x3 Heroes who is back to blogging occasionally. I've been hoarding a few cards for him recently so this is good timing. 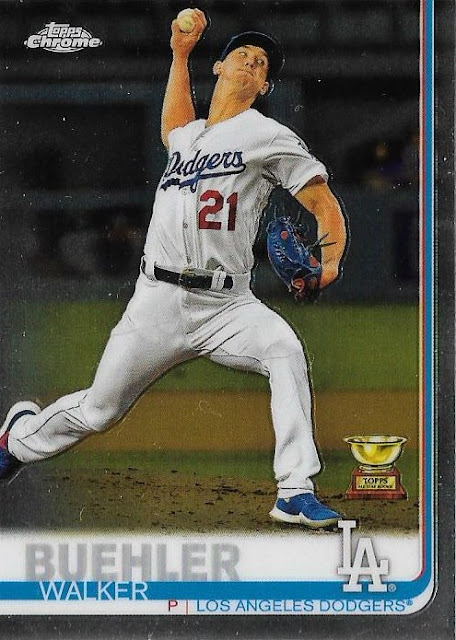 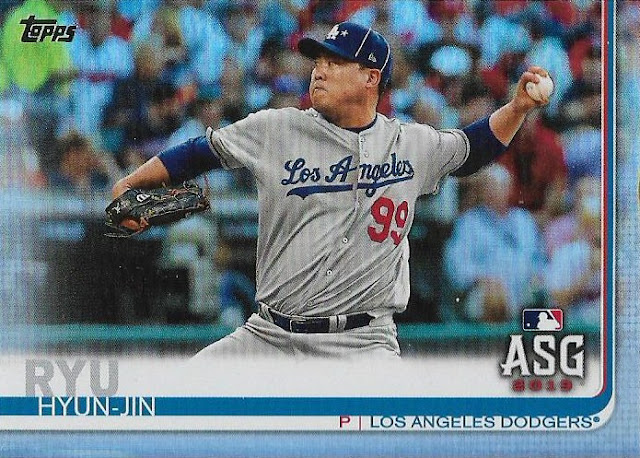 He sent me a couple of Chrome needs from last year, one from the regular set and one from Update. Gonna miss Ryu a little bit. Not gonna miss all his injuries. 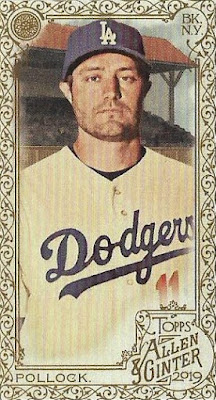 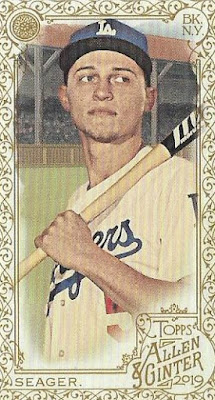 A couple of gold-bordered mini needs from last year, from a pair of guys with health issues. I'm convinced that the team that wins the World Series each year is the team with the fewest amount of injuries during the season. Somebody needs to do a study. 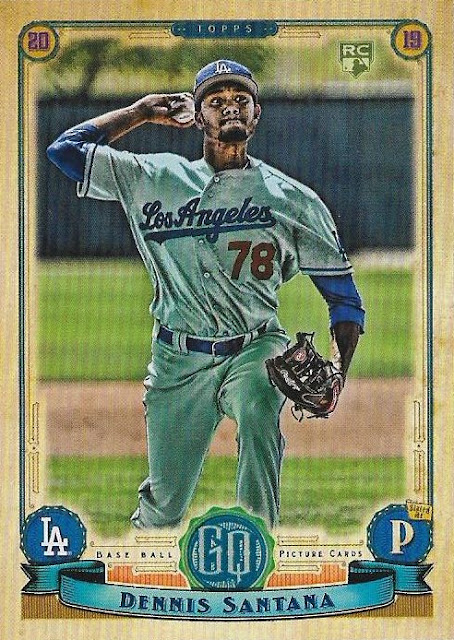 The Dodgers are looking to fill the No. 5 spot in their rotation, but not really in a rush to do something about it. They have plenty of candidates. But even with all the names mentioned, Dennis Santana is never on that list. This must be a complete surprise for Topps, which absolutely loved creating cards of Santana last year. 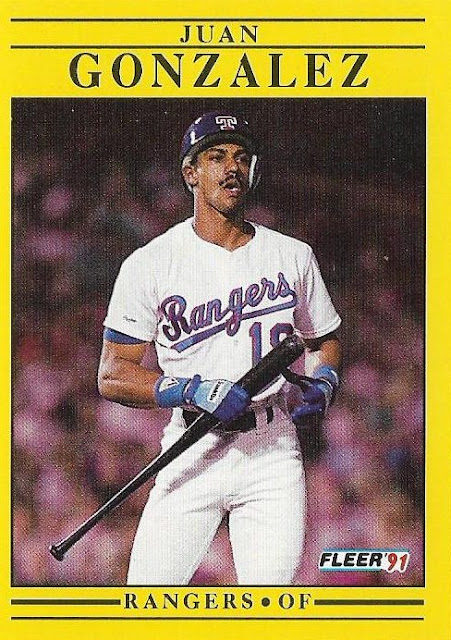 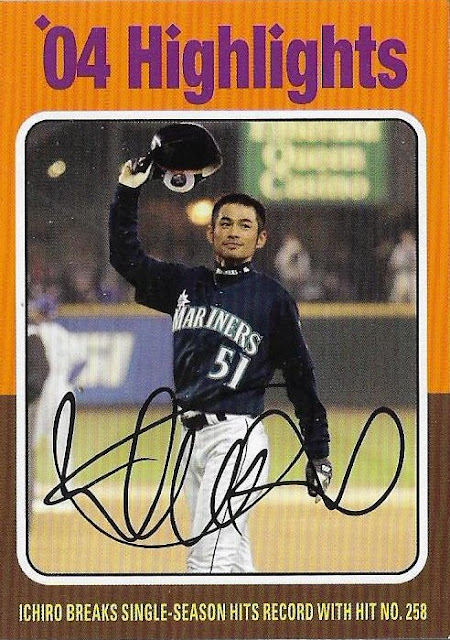 Both of these will go in my Night Card Binder. It's somewhat rare that both fill empty slots. Most of my empty slots in the NCB are for cards numbered 400 or higher and these are neither. They will make the NCB much fancier.

All told, Jeff fit 10 cards into that sawed-off page (I had three of them already). That's pretty good. And one better than Brian of Highly Subjective and Completely Arbitrary, who also sent a page in a PWE. 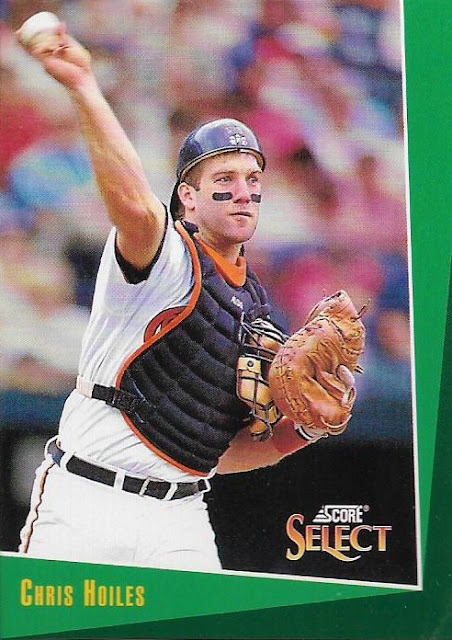 It started with this 1993 Select Chris Hoiles card.

I asked for it.

Well, it was my favorite card of the "Free Friday" cards that Brian was offering. And I'm on record as enjoying 1993 Select a lot. I've never bothered to try to complete it. I don't know if I ever will. But it's nice when I pull a card from the set out of a repack or whatever. 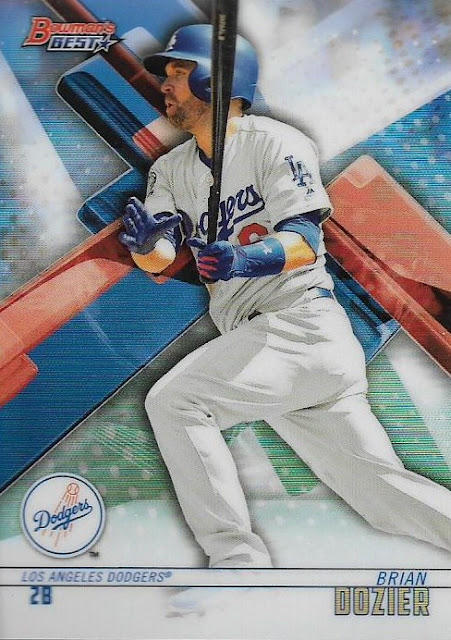 A little reminder here from Brian that Brian Dozier works best as a Twin, not a Dodger. I was so excited when the Dodgers acquired Dozier. It didn't work out too well. And now he's -- well, I forget where he is (*looks it up*)  ... oh, with the Padres, OK that explains why I didn't know. 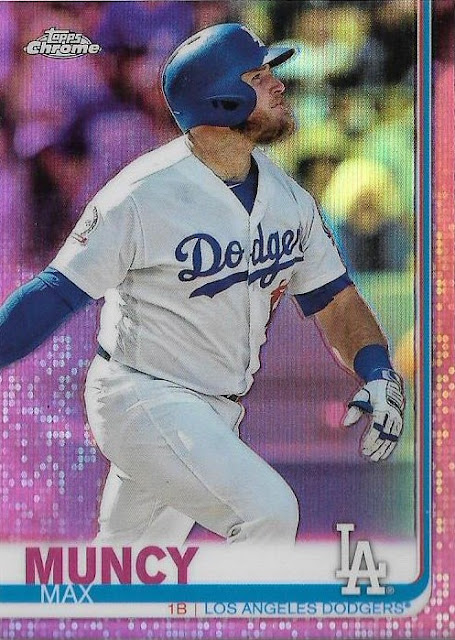 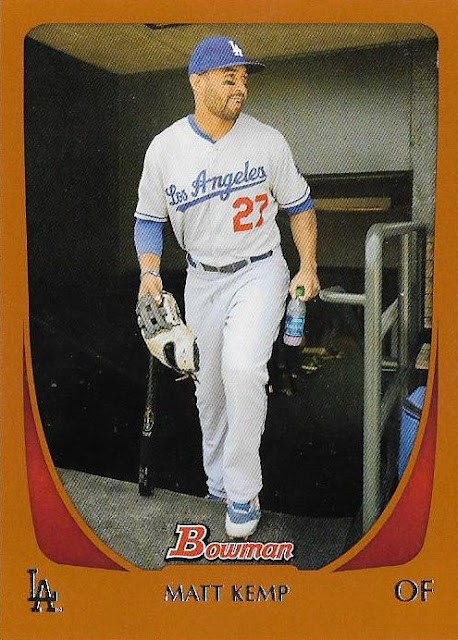 Here are two sluggers on parallels that remind you how quickly players' fortunes change. Max Muncy -- who knew? -- was a nobody three years ago, trying to hang on to his career. Now he's slugging 30 homers a year. Matt Kemp was the Dodgers' most potent hitter six years ago. Now he's a non-roster signee with the Marlins (by the way, Kemp's baseball-reference page shows him in a Mets cap, which is kinda dumb. Yeah, it's his most recent team, but he never played for them). 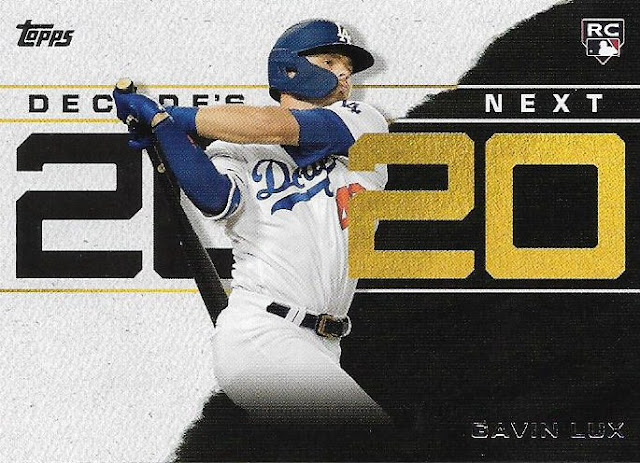 Ah, now we're fancy. Here is a spicy insert from the very latest card set featuring one of those rookies that rookie people mention when they're looking for nothing but rookies while opening 2020 Topps. Lux, Bichette, Alvarez, blah, blah, blah.

But, please, by all means, send me your Lux cards. 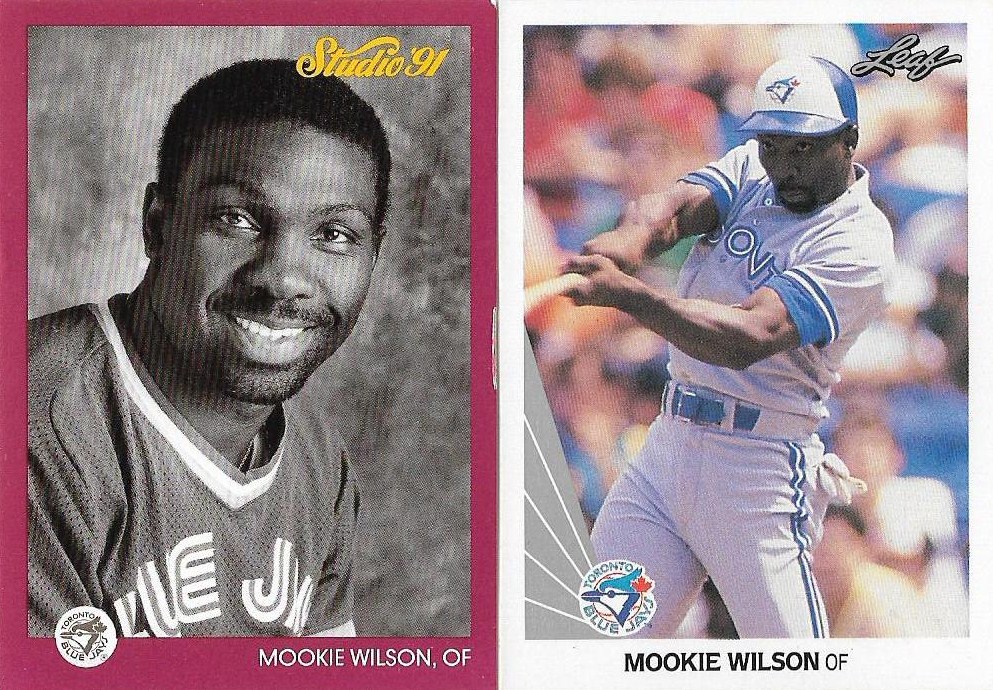 Brian said these were insurance in case the Mookie Betts trade to the Dodgers fell through. But by the time his envelope arrived, the Dodgers were already introducing Betts. And now I get to keep the other Mookies!

I've already mentioned that I've always wanted a Mookie on the Dodgers ever since I learned there was somebody called Mookie Wilson. If 2020 doesn't end up to be much of anything, at least I'll have that time when Mookie played for the Dodgers.

Brian sent nine cards in his PWE, just one I had already (sorry, I forgot to scan the 2018 Kershaw Holiday card).

So, now it's time for me to return the favor. Somebody in the next couple of weeks will receive a similar PWE with me being very efficient with my cut-up storage pages.

Finally getting my act together.

GCA said…
I get those "sheet strip specials" all the time too, and I chuck 'em out as well. They work OK, but my preference is these semi-rigid envelopes I got on Amazon that hold two card savers, which can hold three or four cards each. I've considered posting about how I put them together. You will be receiving one soon, if not already.
February 24, 2020 at 9:09 AM

Fuji said…
I'm totally gonna start utilizing those 9-pocket page strips and PWE's. I've never saved any sent to me, but I have a plethora of older pages sitting in my garage just waiting to be cut up.
February 24, 2020 at 10:27 AM

Brian said…
I forget who sent me one of those first, but I swear by them when I send more than 4 cards in a single envelope. I received your cards as well! Thanks!
February 24, 2020 at 12:44 PM