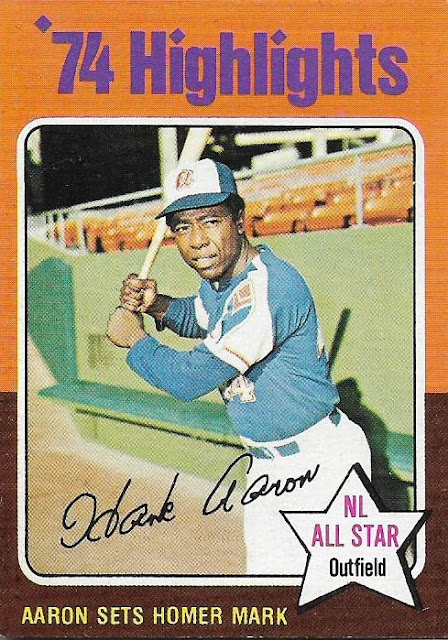 Teachers made certain to plan lessons around great black figures in history each year and I was well-versed in the high trinity of 1970s black history: Frederick Douglass, Harriet Tubman and George Washington Carver.

Growing up in the post-civil rights era, black culture was everywhere. I read The Snowy Day, I watched Good Times. The one show I saw more of as a kid than any other -- Sesame Street -- didn't feature no "token black character". Out of the main characters on the show, three -- Gordon, Susan and David -- were black. Add Latin favorites Maria and Luis, and Bob and Mr. Hooper were the minorities on the show (Well, actually all the humans were minorities, considering the population of puppets).

When I wasn't going to school or watching TV, I was collecting baseball cards. I could definitely see black players on my baseball cards. During the first year that I collected -- 1975 -- 143 cards in the set (yes, I counted) featured an African-American player. That's more than 21 percent of the set.

So, whether the influence around me or my own perceptions, the black players were among the coolest players in the set. Perhaps it was just finding those who didn't look like me as "cool." Because I thought the players with long hair and mustaches -- whether black or white -- were cool, too.

The point is, there was no shortage of black players on my baseball cards, like there is today.

Today, when I pull a card like Josh Harrison or Chris Archer, I get a little excited, remembering those 1970s days. The lack of black players in baseball today is a well-known lament. It's a very different time from those days in the '70s and '80s when you could find African-Americans at virtually every position on the field.

I tried to construct my favorite team of black players from my childhood, just with 1975 Topps cards.

I was able to do it, but it became clear that baseball didn't want black players at certain positions, most notably shortstop and catcher. I couldn't find many African-Americans at third base either.

No problems in the outfield. 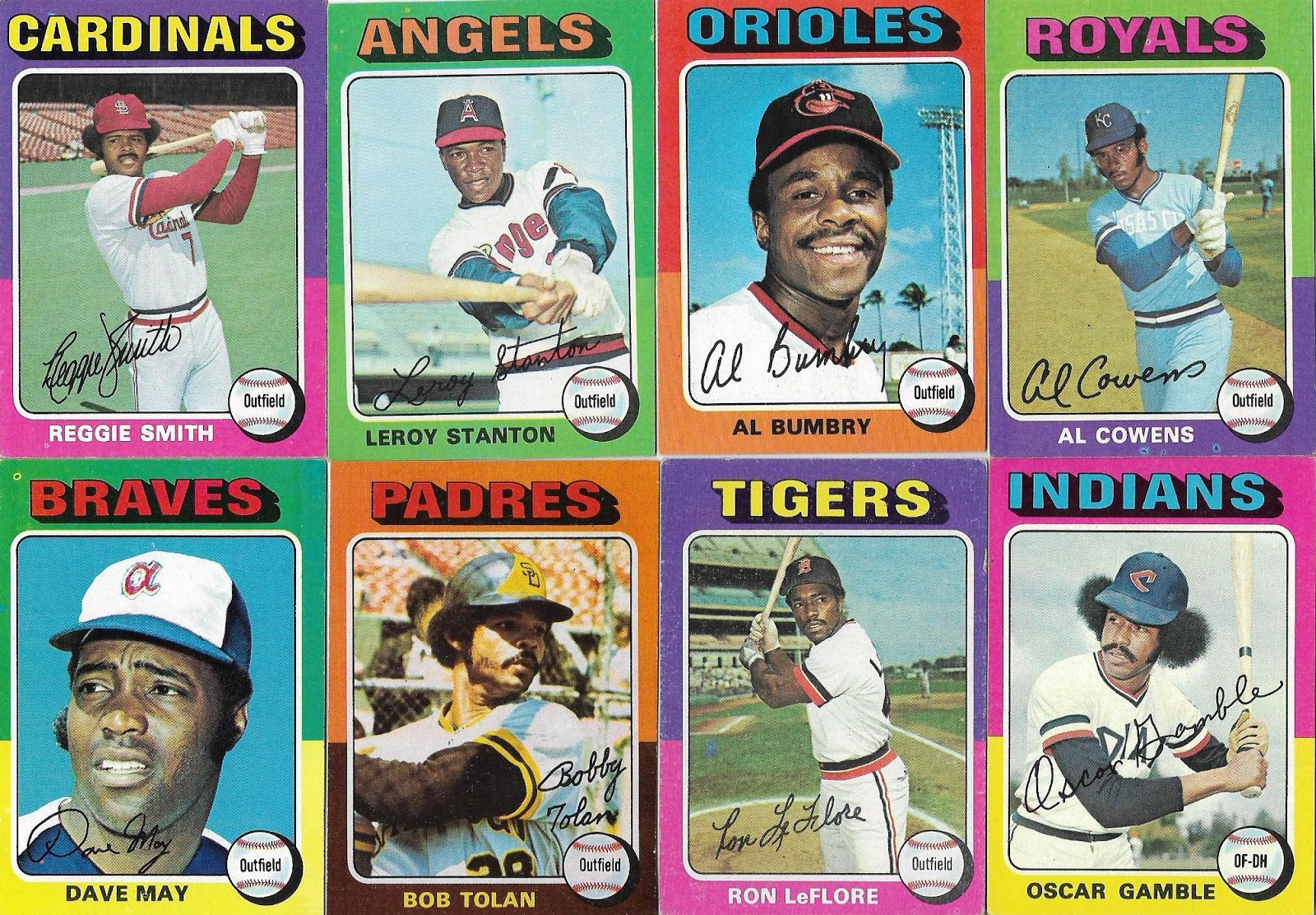 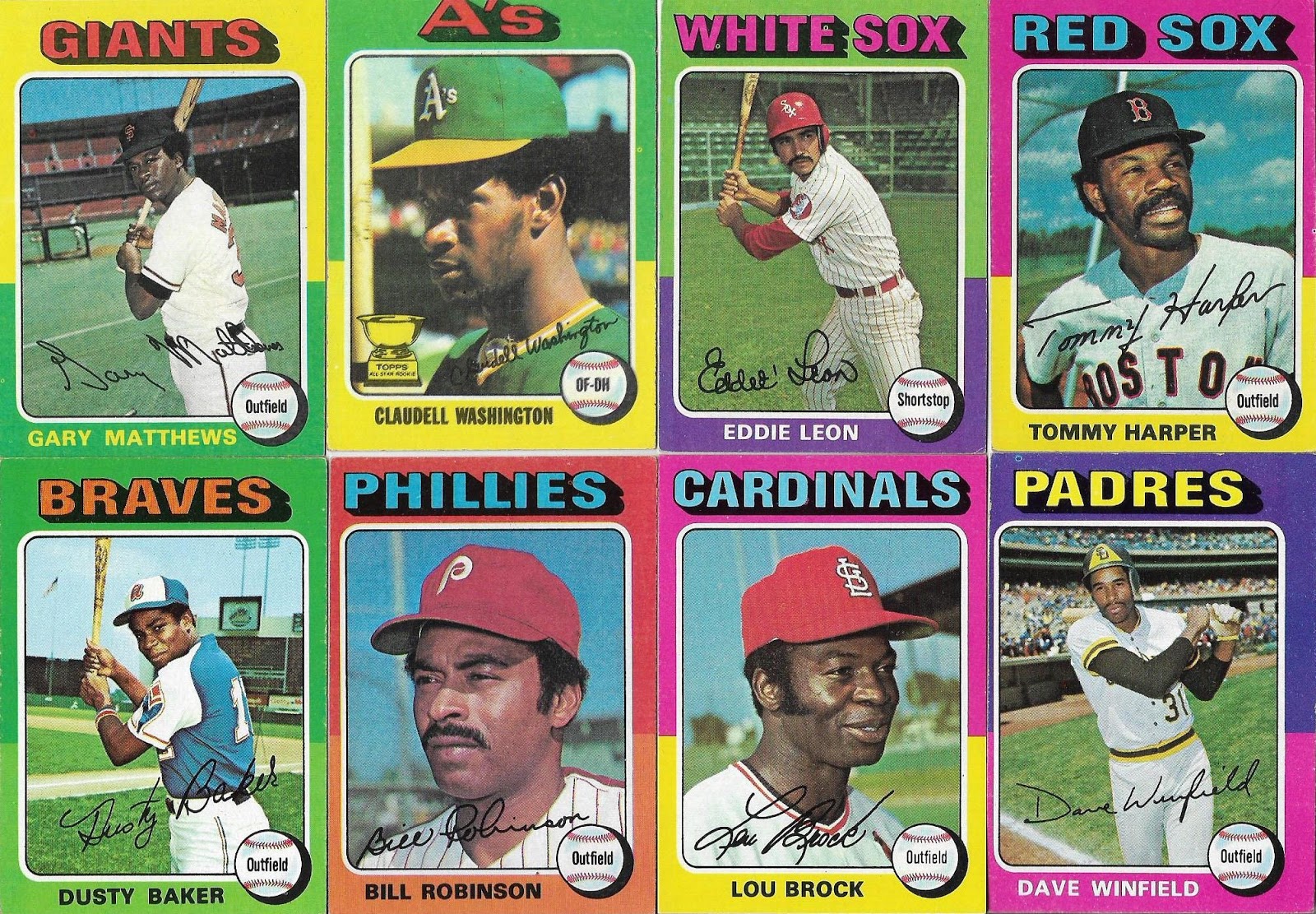 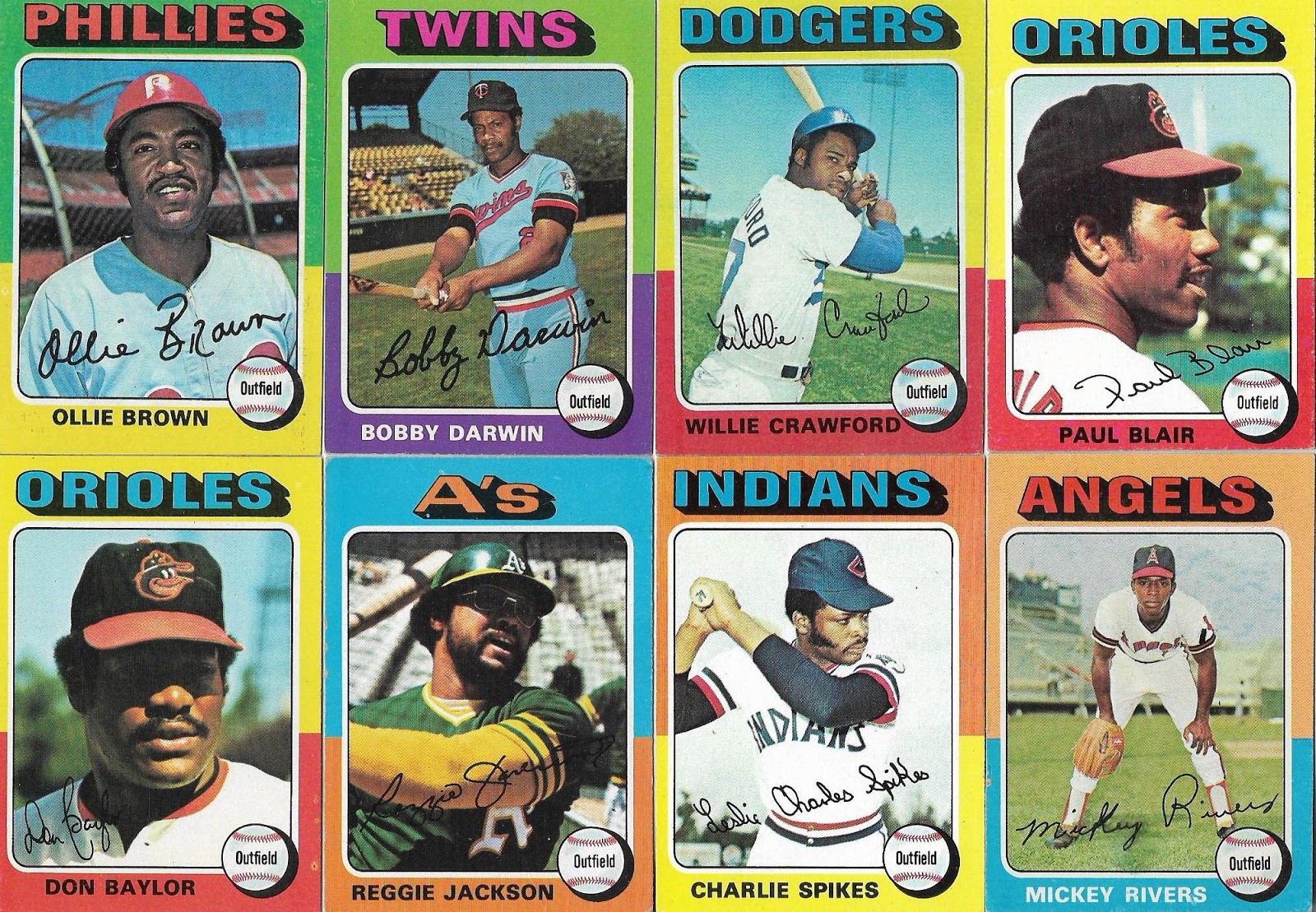 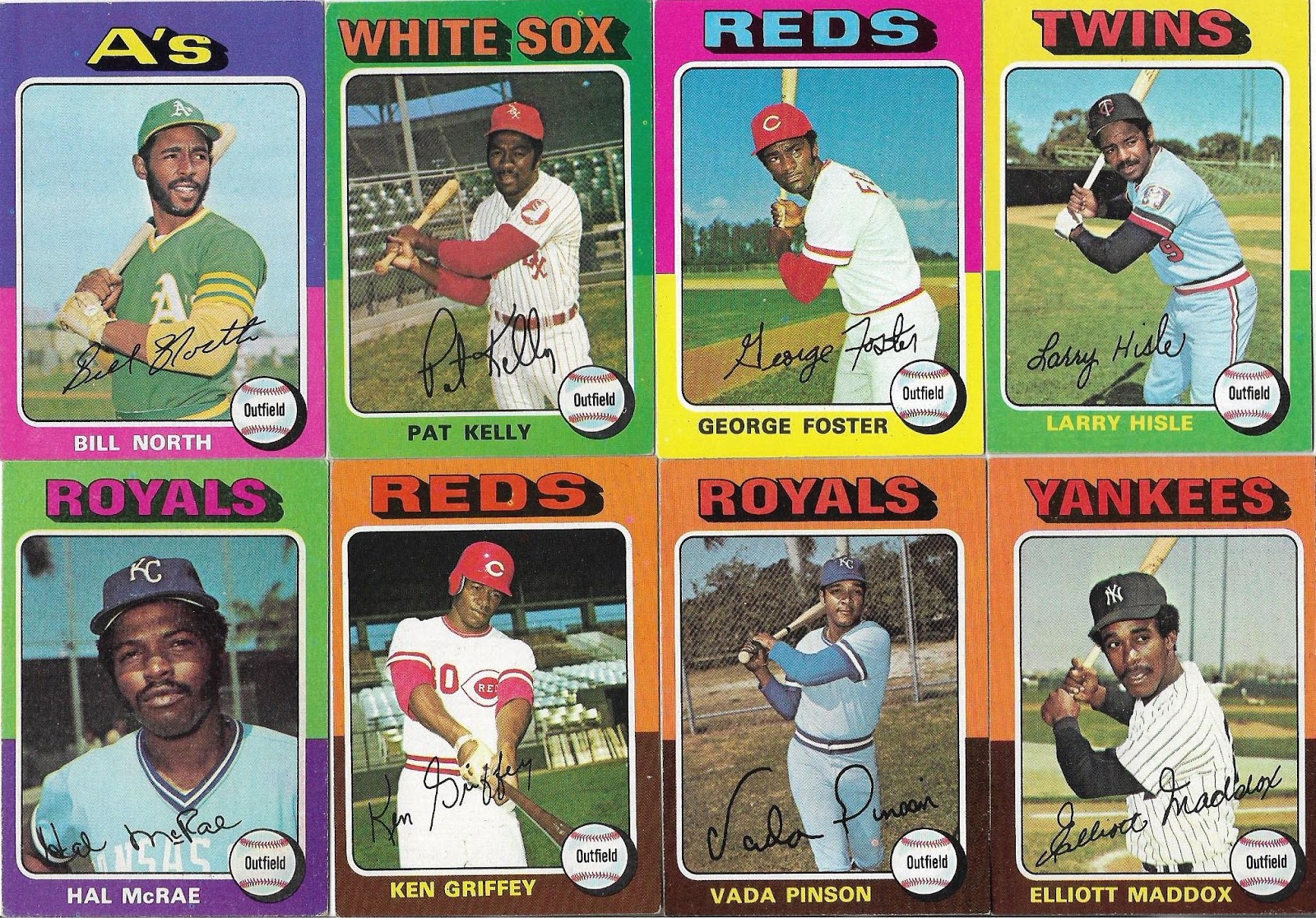 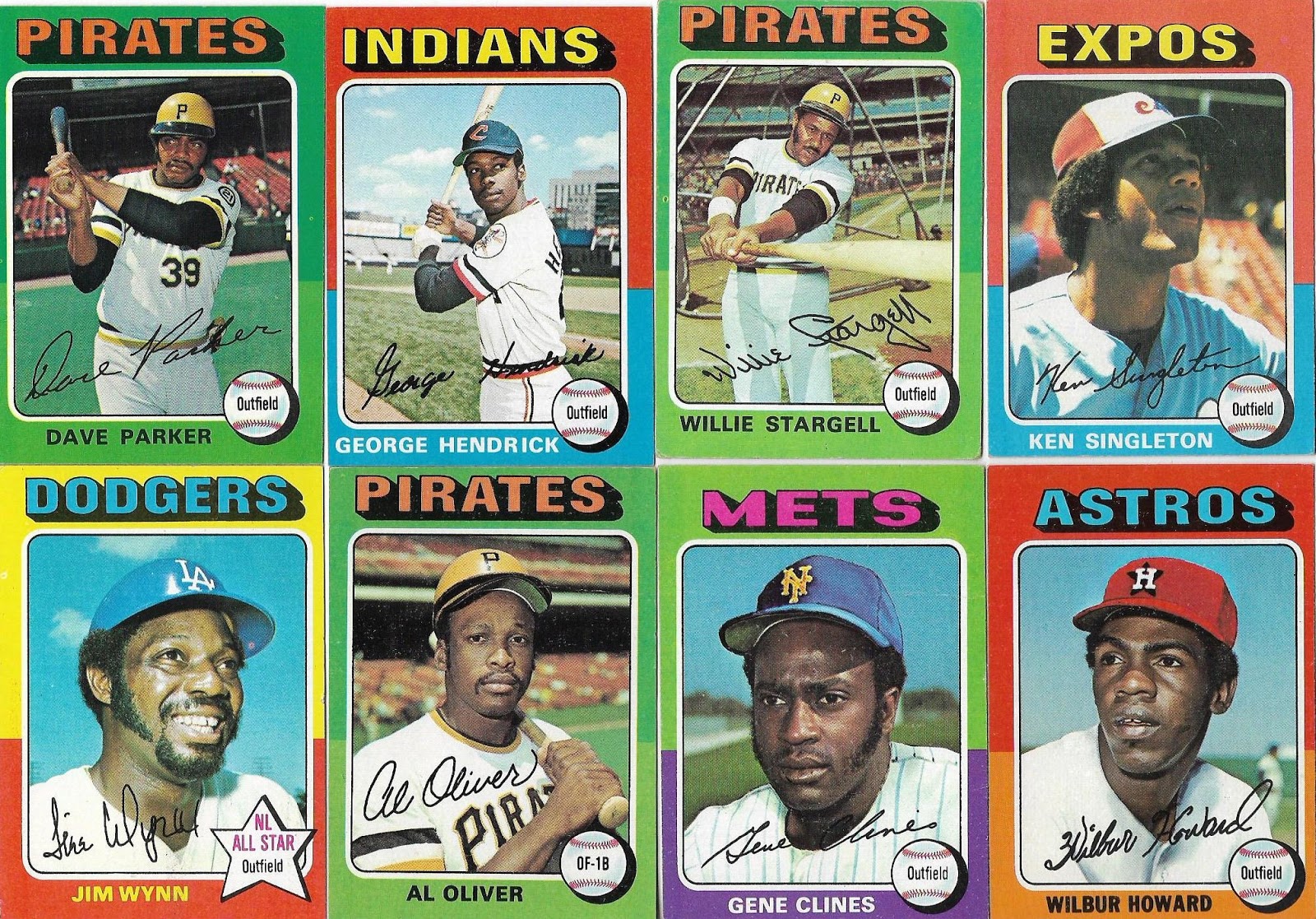 No problems at all. And that's not even all of them (sorry Bobby Bonds, Willie Davis, Cleon Jones and Willie Horton).

There seems to have been more black pitchers during this time than there is now, although I didn't do that close of a comparison. A quick glance at the '75 set shows Fergie Jenkins, John "Blue Moon" Odom, J.R. Richard, Bob Gibson, Dock Ellis, Ray Burris, Lynn McGlothen, Al Downing, Vida Blue, Rudy May, Jesse Jefferson and Grant Jackson.

Anyway, let's go through my All-African American team based on my favorites when I was pulling their cards in 1975. Only cards that I saw in '75 are eligible. 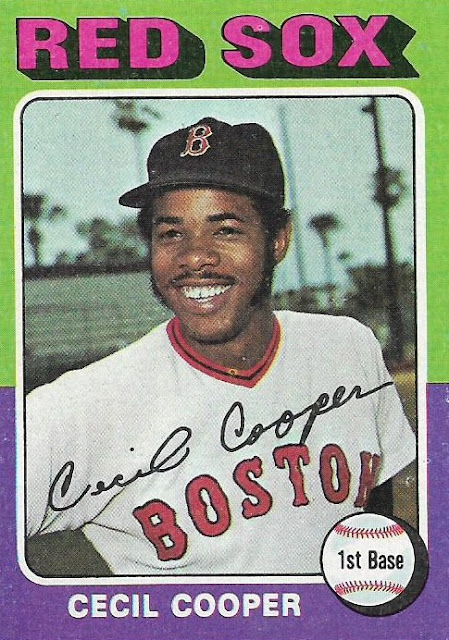 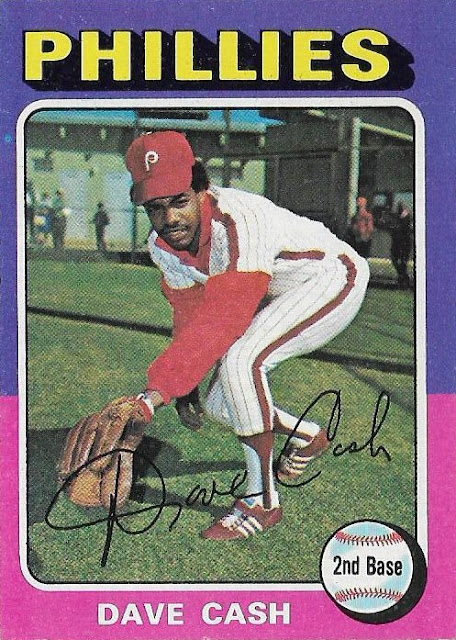 Second base: Dave Cash. Simply the grooviest cat I ever saw on cardboard that year. 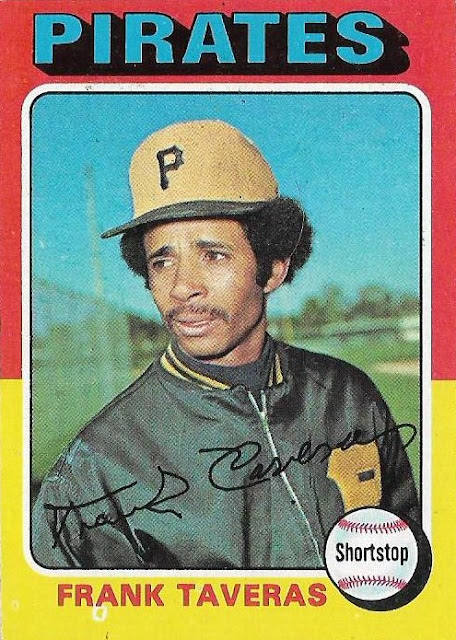 Shortstop: Frank Taveras. All right, Taveras is from the Dominican Republic and I tried to avoid Latin ballplayers from this exercise, mostly because I'm focusing on black Americans and also because there is no shortage of Latin players in baseball today. But that's all I could find. 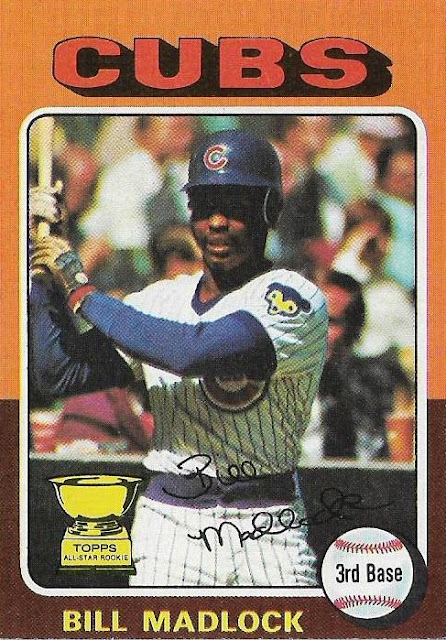 Third base: About the only one in the set. 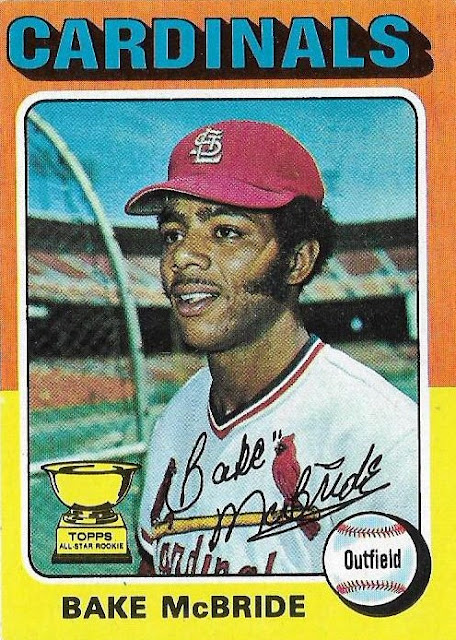 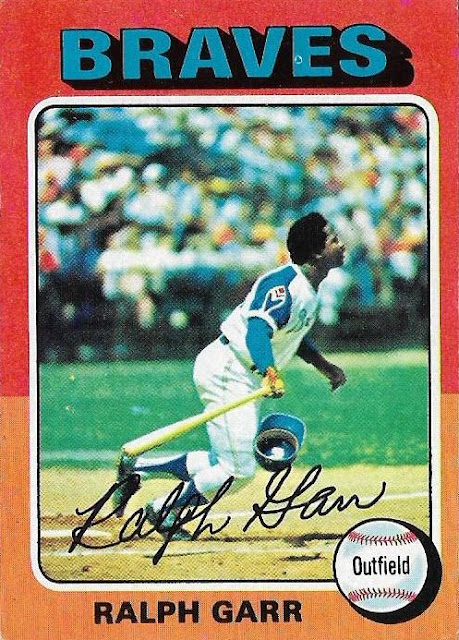 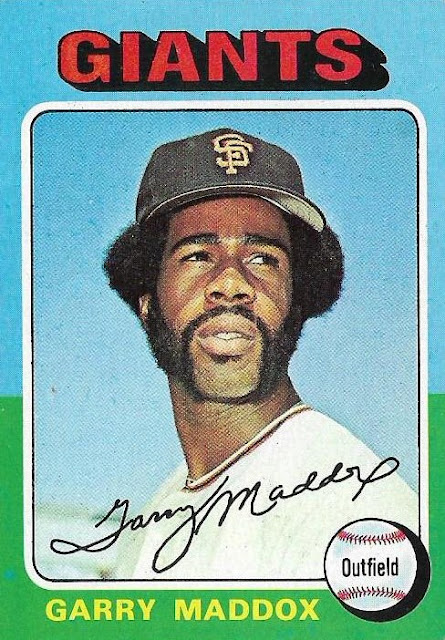 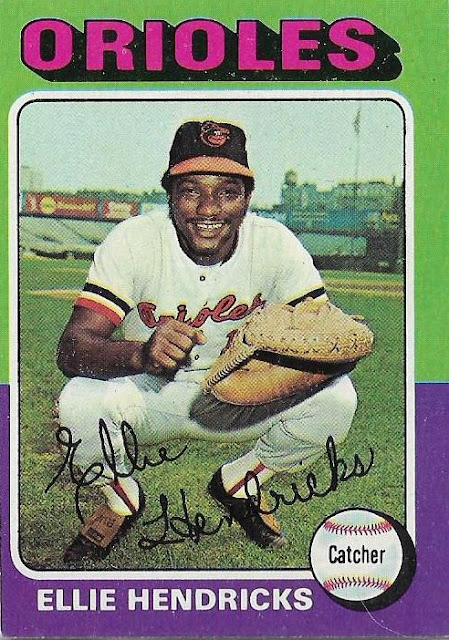 Catcher: The first time I saw this card it was mangled-to-heck and owned by a friend of mine. I wanted to take it home. 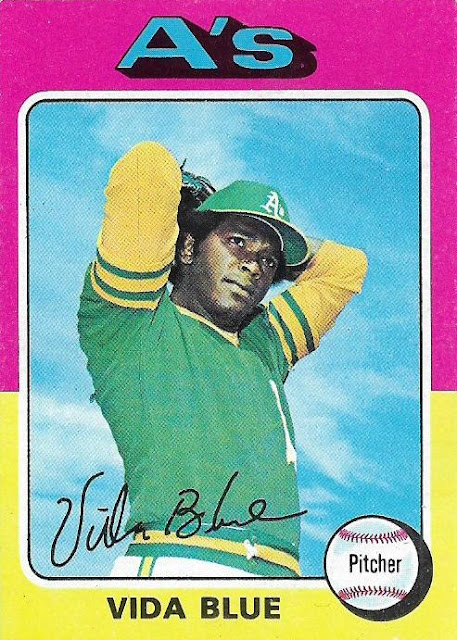 Pitcher: Just a gorgeous card. I recognized its beauty right away.


Seeing black players on my baseball cards was simply a fact of life back then. I pulled Ron LeFlore and Hal McRae out of the first packs I ever bought.

Now, when I get a Marcus Stroman or Andrew McCutchen, it's almost a novelty.

Baseball cards just aren't as cool as they were then, and I think it might be because they're missing a key element of the human race.

Zippy Zappy said…
Looks like the Dodgers got into the Black History Month spirit by trading for Mookie Betts and David Price.
February 4, 2020 at 9:36 PM

carlsonjok said…
I seem to remember an article a few years ago about Hank Aaron being involved in an effortby MLB to increase African-American participation in secondary school level baseball where basketball and football tend to dominate.
February 4, 2020 at 10:20 PM

Johnnys Trading Spot said…
Shame on me. I hadn't noticed. I guess due to my HUGE PC collections, and definitely no shortage there as they are from all-time.
February 4, 2020 at 11:10 PM

Jason said…
An African American shortstop in 1975 Topps is Larvell Blanks, card 394 in the set. His card lists him as Infield but his primary position was SS.
February 4, 2020 at 11:10 PM

Fuji said…
That Garr is so flippin' cool... and that lineup is pretty solid. But you gotta wonder... are there more African-Americans featured in 2020 Topps Series One than there are rookie cards :)
February 5, 2020 at 12:26 AM

Collecting Cutch said…
This was an awesome post. I'm trying to spotlight black athletes on my blog all month long. Thanks for mentioning Cutch and JHay on the blog.
February 5, 2020 at 9:17 AM