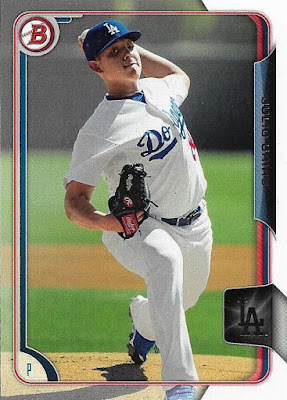 Tonight, 19-year-old Julio Urias is making another start for the Dodgers. I really have no expectations on how he will do. He could pitch two innings and give up 6 runs, he could pitch six innings of no-hit ball. It's all possible for someone that age and with that kind of potential (well, not ALL possible, because they'll never let him pitch a full nine).

But you get the feeling that not everyone thinks like that. There are always expectations with players like this. If Urias lasts three innings, as he did against the Mets, no one will come right out and say, "well he's a bust," but it is implied in so many ways. You see it from the usual dopey fan message boards and Twitter and sports-talk radio, the usual knee-jerk reaction outlets. But it's also implied in accounts of the game from writers who are supposed to know better.

Managers and coaches respect the process. And they'll tell you that. But we don't believe them. We want to WIN and we want it to happen NOW and this prospect is supposed to be doing ALL THE GREAT THINGS because we've heard so much about him. And every time we write "Welp" after a 3-inning, 5-run, 4-walk outing, we're projecting onto a 19-year-old kid, who could very well be fantastic at age 21, which is plenty early enough to be fantastic.

Patience. I know we're terrible at it -- I see our lack of patience played out every day in real life, we really are pathetic in this area -- but let the kid figure things out and let the people around him help figure things out. You might enjoy things more if you immerse yourself in the process, too.

Anyway, the Urias card came in the latest ZippyZapping from my friend Kenny at Torren' Up Cards. He's someone who seems to be really adept at watching players develop and assessing them. He's the opposite of that guy who grabs his phone after the latest outing and announces "THAT GUY SUCKS. WE SUCK. MY LIFE IS OVER. I WANT TO DIE" for everyone to see. (Save that for the Elmer Dessens of the world -- and real life crises).

Here are some more young, newbies that Zippy Zappy would be able to discuss more intelligently than I could: 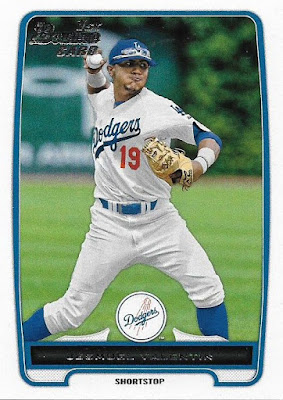 Jesmuel Valentin, for instance I know is the son of former MLB infielder Jose Valentin and is now in the Phillies organization, where he was suspended last year for a domestic violence arrest. His ability? I don't know. I just know I need to figure out what my 2012 Bowman Draft Picks needs are. 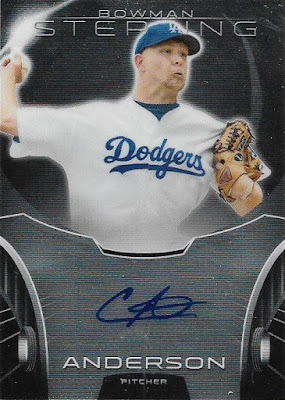 Kenny was cool enough to ship me an autograph card of eternal pitching prospect Chris Anderson. Seems like he's been a prospect for a decade. But I'm not rushing things! Patience! He's now in Double A Tulsa. Don't look at his ERA. 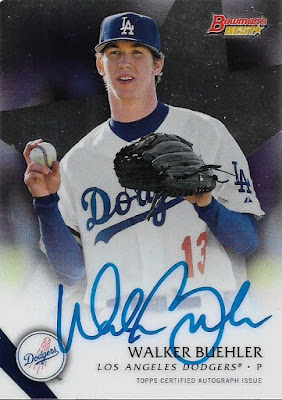 More autographs?? Yes. This time it's last year's top Dodgers pick, Walker Buehler. My first Buehler autograph! Buehler is still in that post-elbow operation limbo, so you won't be able to break out those "Buehler? Buehler?" references until 2017. 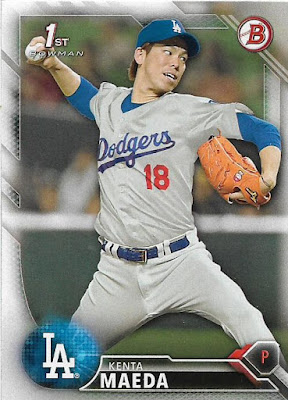 This is my first 2016 Bowman card. Not a bad first card, huh? Folks have been a little more patient about Maeda. It helps that he started so quickly and has two ToppsNow cards -- the new sign that you've made it.

I own this card already. Now I own two. I plan to wave it in the face of somebody who decided to collect Corey Seager cards this past weekend. 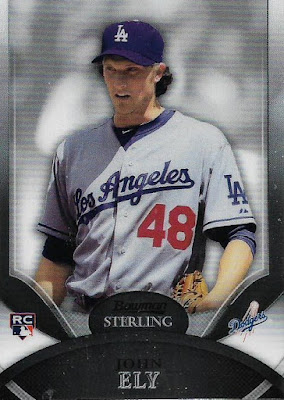 Zippy Zappy isn't above reminding fans of prospects who didn't last long. Ely won three straight starts for the Dodgers in 2009 and then regressed to the mean, then under the mean, then couldn't find the mean with a map, a bloodhound and a head start. But those 2010 cards were fun. 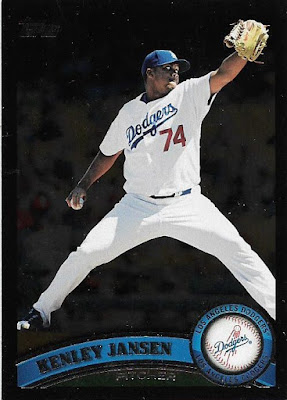 Always fun when ZZ sends cards of established players. This is a very cool card of the underworked Kenley Jansen. I forget that the Walmart black cards lasted into 2011. After two years of obsessing over them, I ran out of gas in 2011. Maybe that's the lifespan for a parallel -- two years. Unless it's a gold parallel and then you just beat it over everyone's heads for two decades. 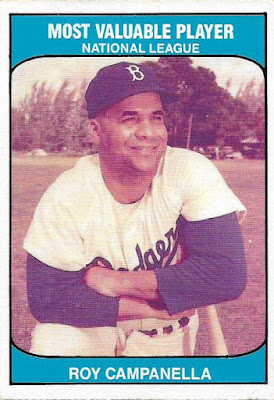 Wooo! Way back to the '80s! And TCMA! I need this card! These MVP cards from 1985 are possibly the flimsiest cards made during the 1980s. 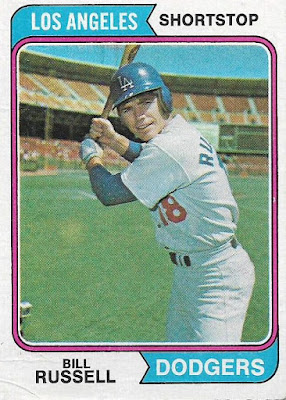 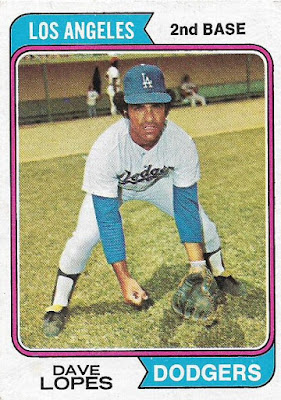 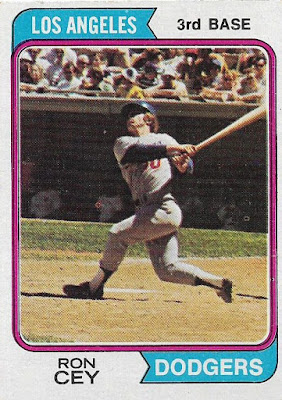 I suppose I owe ZZ a Luis Torrens card for these. Yeah, the '74 Dodgers team set was completed awhile ago, but I do not turn away cards from this set and they don't go in the dupes box. The 1974 set is my connection to those first wondrous moments of childhood when you first grasp what baseball cards are. They mean so much. I will take every last '74 Ron Cey card in particular.

My hope is that Urias will convert the same newbie buzz that followed Cey, Campanella, Jansen and Seager into a memorable MLB career, but I'm willing to be patient. And it won't be a crisis if he gets torched tonight.

One day you will hear what you've heard about all of those guys:

Julio Urias is good at baseball.

Zippy Zappy said…
Looks like Blogger's doing that thing where it's not letting the posts show up again. I guess it's anti-prospects and thinks Urias is a bust too.

I tend to be more patient with prospects. Mainly because I've (sort of) watched them climb up the ladder upwards and know what they're capable of and more importantly what they're not capable. Unfortunately the media portrayal of these guys as "franchise saviors" and "the next superstar" kind of give people a false impression. Those "the next Kershaw" or "the next Stanton" comparisons don't help either. What people should be wishing for are serviceable everyday position players/serviceable pitchers, since that's honestly all you can really ask of prospects. And like you said, it certainly doesn't help that we hear about these guys from the minute they're signed so that by the time they make it to the big leagues you'd think it's actually Julio Urias Jr. (i.e. prospect fatigue).
All that matters is that the player, the team and the organization know that every youngster will have issues whether it's teething troubles or a sophomore slump. Those who're more cool, calm and collected will know that time will be what ultimately tells us whether a prospect is a bust or not, not the media or Twitter.

Anyway I'm glad you enjoyed the cards. I wanted to knock off more Bowman/prospect needs of yours but mid-2000's-to-2010 cards are either hard to find or really overpriced (I don't get it). And I know you have the 70's Dodgers sets completed, but I figured that if anybody can appreciate 70's LAD cards (dupes or not) it's you. And Stealing Home ;).
June 7, 2016 at 8:47 PM

steelehere said…
Chris Anderson recently got demoted to Single A. The Dodgers decided they're going the Chris Withrow route with him and convert him to a reliever.
June 7, 2016 at 9:13 PM

BobWalkthePlank said…
Expectations for super prospects are out of control. Even some of the biggest prospects in recent memory struggled out of the gate. Guys like Trout, King Felix and even Kershaw had tough starts.
June 8, 2016 at 9:51 AM

GCA said…
My theory as a set builder (shared and supported by a few others I know) is that many of the prospectors that bust cases of Bowman only save the hot phenoms and all the other cards of guys that don't make it or fade after a time get marooned into monster boxes that are buried in closets never to see the light of day again because of the time involved to dig through and complete others' sets. If they are preserved at all, since many of those seeking only the ultra-hyped players discard the other base cards like they're unlicensed Broders or something...
June 8, 2016 at 10:08 AM