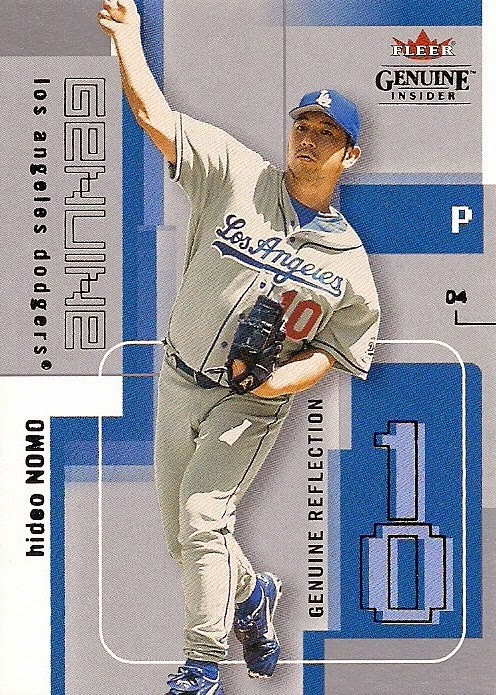 I receive a fair amount of cards just as a thank you for writing this blog. And then what do I go and do? I go almost four days without writing anything.

I've just returned from a few days away and as usual rest and relaxation is exhausting.

So, this is just a little post to let you know I'm still alive and enjoying baseball cards.

I received three wonderful cards from Matt at Bob Walk The Plank recently. He added one of those notes about enjoying every one of my posts that makes me blush.

Then he included two cards of one of the players that automatically makes me smile whenever I receive one of his cards.

It's funny because Hideo Nomo appeared at a time when I was starting to get out of collecting and kind of pulling away from baseball, too. The mid-to-late 1990s is not a time when I was feeling warm-and-fuzzy about the sport. Too much strife. Too much success from too many teams I disliked. And too much one-dimensional arena baseball performed by guys who looked like they spent too much time at Muscle Beach.

But Nomo? There is never too much Nomo. I couldn't get enough Nomo and I still can't. 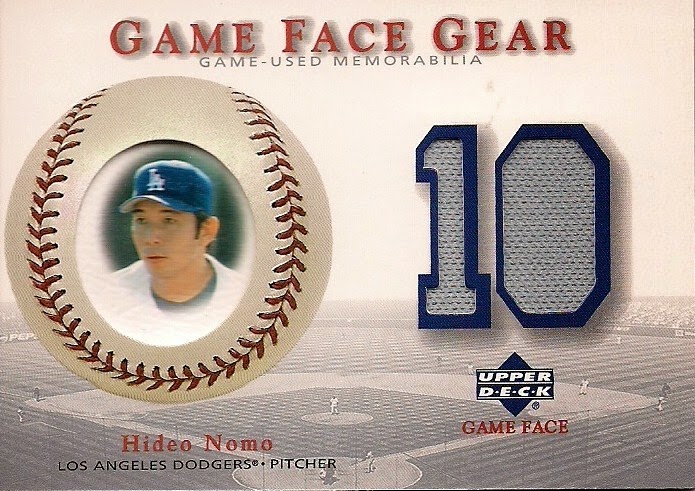 ... and this wonderfully thick, crazy-looking relic card give me 417 distinct Nomo cards. I'm relatively certain that I'll reach 500 in the not-to-distant future. For someone who is not really a player collector, that shows that a) Nomo has a ton of cards and b) I still get a thrill about acquiring Nomo cards.

Nomo was the first Japanese player to cross over to the major leagues in thirty years and his addition to the Dodgers' rotation in 1995 was a life-changing moment for major league baseball. Nomo gave Dodgers fans a reason to boast and to cheer -- keep in mind the strike nastiness was still in everyone's minds. He elevated the Dodgers to a certain moral high ground, evoking comparisons to Jackie Robinson, although the situations weren't really that similar.

Plus, he had the most bizarre wind-up around. I wonder how many kids fell over attempting Nomo's wind-up?

This is why Nomo is still featured on my blog as one of the "Players I Collect" even though I have decided I don't really collect players.

Yes, I still want all of your Nomo Dodger cards. And, yes, I know that is impossible, especially for Nomo.

Thanks, Matt, for adding to my collection. 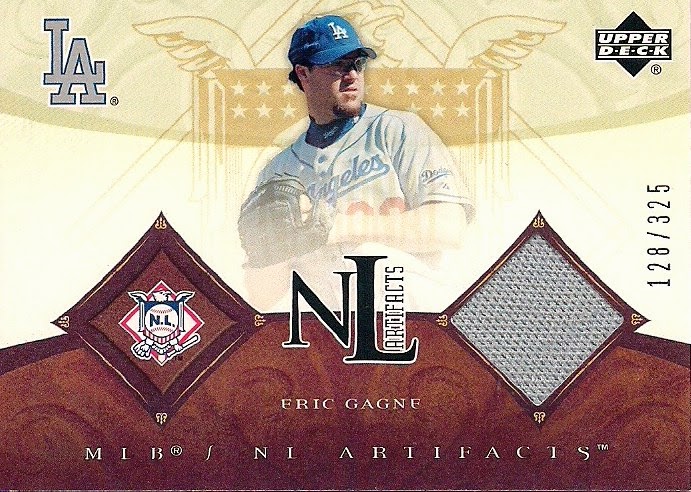 Oh, yeah, and thanks for the Eric Gagne relic card, too.

Hackenbush said…
I remember the first time I saw Nomo pitch against the Cubs. He looked liked he was shooting bb's.
July 6, 2014 at 8:20 PM