It amused me, so I bought it 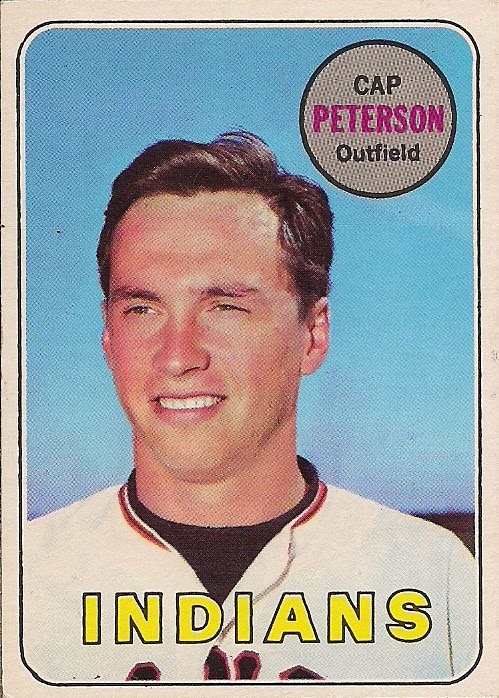 I was touring cards online a week or two ago when I stumbled across this beauty. I have a reasonably thorough knowledge of the '69 Topps set, so I'm not sure why I was seeing it for the first time.

But never mind all of that. That's not why I bought it.

I bought it because it's Cap Peterson. And he's not wearing a cap!

This instantly makes this one of the best cards in the entire 1969 Topps set. You can have your final Mickey Mantle card, both the white and yellow letters. You can have your Reggie Jackson, your Seaver, your Ryan, your Clemente, your Fingers rookie, your first Pilots players.

None of them dared to do what Peterson did. He donned the nickname Cap, but did not wear "A Cap". That is the definition of bad-ass. Or maybe it's hipster. I don't know, it's just so amusing I can't stand it.

I was curious whether Peterson had ever mocked his nickname (his real name was Charles, by the way) on past cards. It turns out he did. Here are his other cards: 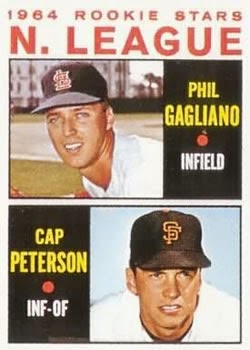 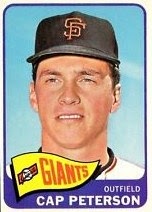 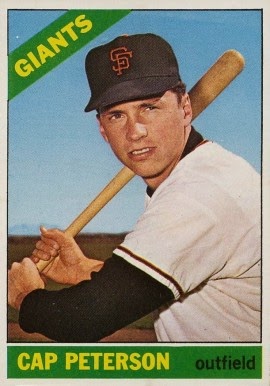 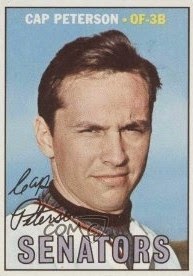 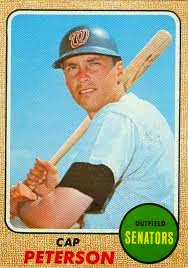 I think you saw it there.

Peterson first started trolling collectors by abandoning his cap in the 1967 set. Right around the Summer of Love. Figures. Damn hippie.

So on Cap Peterson's last card, he is not wearing a cap.

acrackedbat said…
Great selection! The missing CAP is what I noticed first. Hats off to you, N.O. - love the humor!

Anonymous said…
Wow, a capless Cap is almost as good as Podres with the Padres! Will the wonders of 1969 Topps never cease?

The cherry on top: The Senators traded capless Cap to the Indians for minor leaguer Woody Woodson.

In honor of this card, we should all listen to Del Shannon's "Hats Off To Larry".

Jim from Downingtown said…
This makes me think that someone should do a whole post on Roy Face, Bill Hands, Rollie Fingers, Barry Foote, Phil Knuckles, Arnold Earley, and Jim Ray Hart.
July 26, 2014 at 4:20 PM