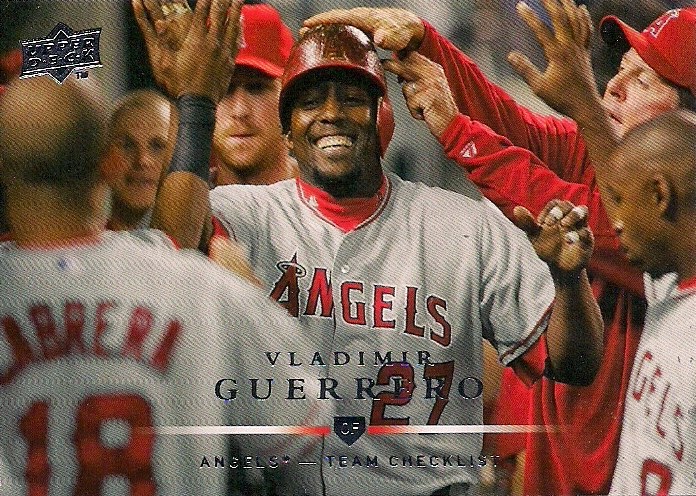 There, I said it.

I just don't. Maybe it's because I grew up on Topps, long before Upper Deck came to be. Maybe it's because I'm not all that interested in modern cards anymore (I passed up the card aisle again today) and "competition" isn't as urgent a need to me as it once was. Whatever the reason, I don't miss them.

But that doesn't mean I don't suffer, along with every other card collector, because Upper Deck isn't making MLB-approved cards anymore. Upper Deck's innovation and especially its photography is missing from today's cards.

And then there are other things that went by the wayside when Upper Deck's agreement with MLB died in 2010.

One of the most notable was the fact that Orioles catcher Matt Wieters didn't appear on baseball cards anymore.

As you know, the currently disabled Wieters signed an exclusive deal with Razor back in 2008. I wrote about that once before. Upper Deck paid Razor to receive permission to put Wieters on their cards in 2009. Then when Upper Deck lost its deal with MLB, future cards of Wieters disappeared. He still apparently hasn't signed a deal with Topps, and either Topps doesn't care about pursuing him or what they're offering isn't to Wieters' liking.

But I think Wieters is on Topps' mind.

Because I sat in disbelief this morning when I saw this: 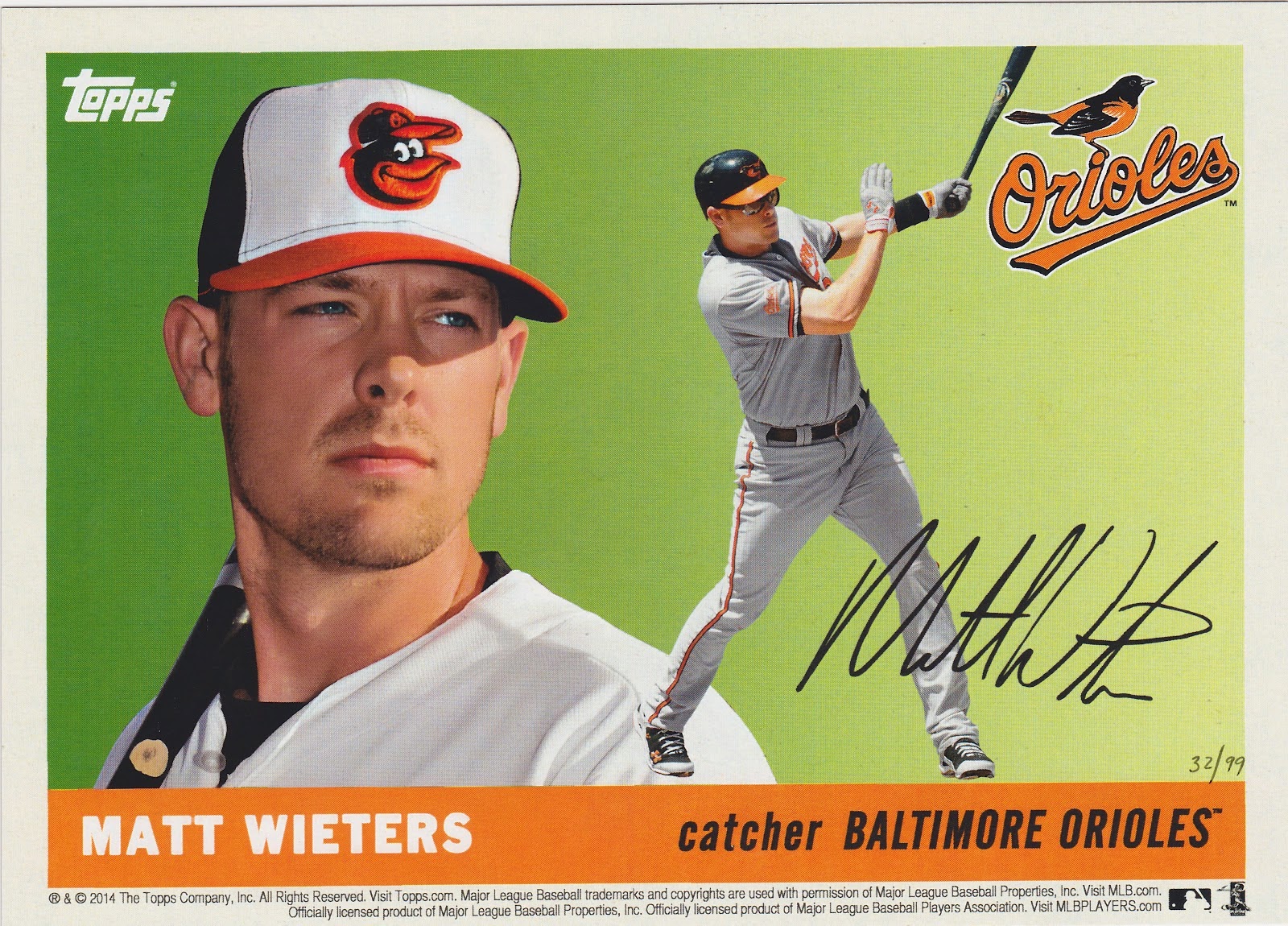 That is a 5x7 "card" in the style of 1955 Topps that Topps is issuing in five-card wax packs per team (I don't think all of the teams are represented).

When The Five Tool Collector displayed his pack on his blog today I couldn't believe the sight of Wieters. At last! Topps and Wieters and Scott Boras have come to their senses and we can look forward to seeing cards of Wieters in future Topps products!

But not so fast.

After I babbled some on Twitter, Ryan Cracknell informed me that these 5x7 "cards" are actually "prints." They're called prints right on the wax wrapper. The prints are blank-backed and there are larger versions of them that are being sold by Topps online (just as the 5x7 prints are being sold online) with the purpose -- I guess -- of collectors framing them and hanging them on their wall.

But the 5x7 prints have the look and feel of cards. They're printed on Heritage stock. So, that leads me to believe that a lot of collectors are going to consider them cards.

And that this will be Wieters' first "card" for Topps -- short-printed to /99.

Using the term "print" seems like a legal dance that Topps is doing to get around not signing him to a trading card deal.

Whatever. Seems like a card to me. A short-printed card. Sold only online.

Upper Deck, where are you?

Night Card Binder candidate: Vladimir Guerrero, 2008 Upper Deck team checklist, #351
Does it make the binder?: Yes. I was concerned because this fantastic card is also #351. But I'll need that one for my future attempt to collect the 1976 SSPC set.

Anonymous said…
I was going to write more or less the same thing about Wieters, but you said everything I wanted to say plus you have a greater audience, so you've therefore spared me the trouble. Thanks!

I wonder if Ichiro will show up on a "print" next, if he hasn't already.

Aside from the general concept of "It's always good to have options", the main thing I miss about UD is the player selection. They were more likely to include the back-of-the-rotation guy, the backup catcher, the utility infielder or the middle reliever.
June 28, 2014 at 8:05 PM

Commishbob said…
#1... I really liked Upper Deck back in the day but in the sense that, like you I don't care much for current cards, I guess I don't miss them either.

#2.. I'm don't understand how Topps can market a Weiters 'print' but not a Weiters 'card'. They'd surely have to have him under **some** sort of contract to use him on this 'print, or do they?.
Do they have an open ended agreement with MLB to use any player on items other than cards? Do they have some sort of contract with Weiters for items like this but it has a "no card" clause?
I just don't get it.
June 28, 2014 at 8:48 PM

night owl said…
If I had interest in/knowledge of legal matters, I might have an answer for you, but I don't. But I'm willing to bet it's legal semantics.

Paul Lesko from the Cardboard Connection site is the legal card guru there. I'm sure he'd have an answer.
June 28, 2014 at 9:01 PM

steelehere said…
I bet one of three things is going on.
#1 Topps has a MLB and MLBPA license to produce and sell photographs.
#2 Matt Wieters agreed to a deal with Topps.
#3 Topps might be getting the rights for Matt Wieters through a licensing agreement with Photofile, as they have the MLB right to sell licensed photographs. Photofile does the reverse to get the rights to make 8x10's of Michael Jordan by paying licensing fees to Upper Deck (which is why Upper Deck's logo is on MJ photos Photofile sells) since he opted out of the NBA's blanket agreement years ago.
June 29, 2014 at 2:08 AM

hiflew said…
I really dislike the fact that the Dodgers get prints of luminaries such as Chris Gwynn, Dave Goltz, Ricky Horton, and Tim Leary, but the Rockies (and the other 3 90s expansion teams) are left out completely. I realize it isn't your fault (or even the Dodgers fault), but you have the sounding board so there we go.

As far as the Wieters saga goes, Wieters also had an eTopps card a few years back. I don't know how Topps maneuvered around the contract then, but it is probably the same thing now.
June 29, 2014 at 8:03 PM