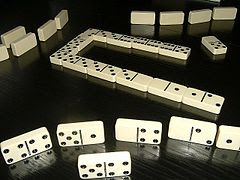 I don't expect anyone under 35 to grasp that title reference. But don't you worry, I'll have you all caught up by the end of the post.

A few days ago I went to Target armed with a gift card. I was under strict orders to purchase baseball cards with it, and I am a good little soldier. Unfortunately, as I've mentioned before, my Target tries to squeeze as much money out of a card consumer as it can. Everything in the card aisle was full-price. If I wanted something cheap, it would have to be loose packs of 2012 product, and I have zero interest in 2012.

Deflated, I left. The gift card will have to wait until 2013 Topps hits shelves.

Next stop was Walmart a few days later. I had hoped to grab one of those "Best of 2012" repacks that I've been reading about on the blogs. I know I just said I have zero interest in 2012. But judging by some of the stuff I've been seeing out of those things, I was willing to gamble.

But there was no "Best of." The shelves were a disaster of football and hockey packs. Worst of all, I had gone to Walmart for nothing. I felt dirty.

What I really wanted, of course, was one of those cheap Fairfield rack pack repacks. 100 cards. Three guaranteed vintage cards. A memorabilia card in every eight packs. You know the deal. I've opened like 30 of them on here.

Since Target and Walmart don't have fun little stuff like that anymore, I went to Rite-Aid the following day. And grabbed my repack.

It was useful as usual.

Three '90s Dodgers. Unfortunately, I have all three, but you keep putting Mike Piazza cards in there, Fairfield, and I'll keep buying. 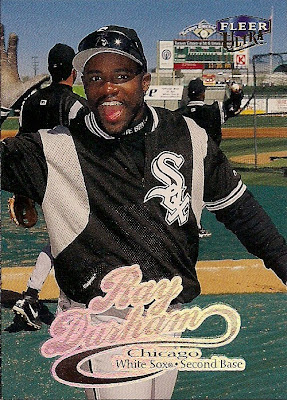 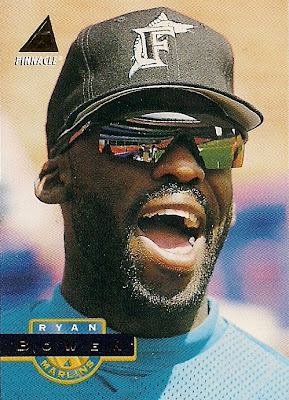 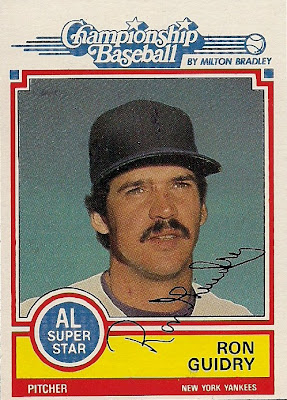 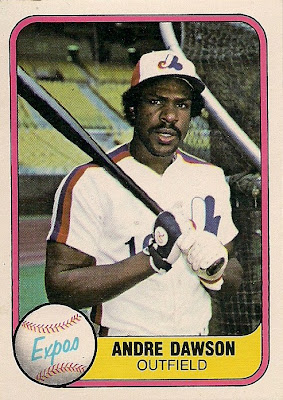 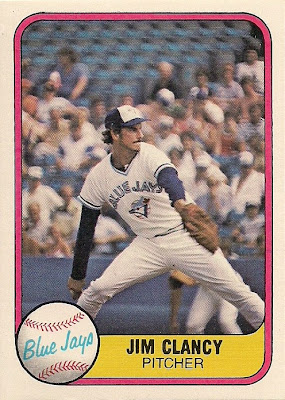 And, even better, an '81 Fleer card that I didn't have. Vive le Canada!

In fact, the repack overdelivered in terms of its "3 vintage cards" limit. I received four late '70s cards, plus two from '81 and one from '82.

But my favorite card came very early on in the opening: 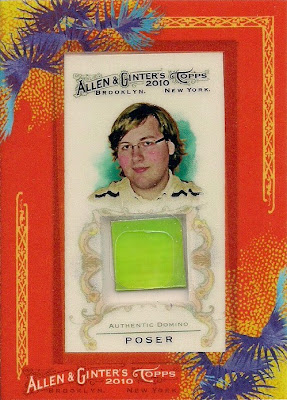 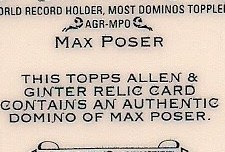 And if that doesn't make you chuckle, how about this?

But unless I become misconstrued, let me say for the record that this card is fantastic. I will put it right up there with my Carlos Pena plaid sportcoat relic card. This is part of what makes A&G a good time.

It might not have been the greatest pull if I had just spent $100 on a box of Allen & Ginter.

"Never have to worry about what is worst and what is best."

Nick said…
Like you, I also received a Target gift card this Christmas, one that I'll be saving for 2013 Topps later this month.

I've gotten a couple memorabilia pieces out of repacks over the years, but nothing even remotely close to that "domino" piece.

jacobmrley said…
I got a relic out of Goodwin this year of Steve Wozniak's floppy disk. I can't decide whether it is the coolest or lamest thing I have ever gotten.
January 6, 2013 at 3:46 PM

Nachos Grande said…
The domino relic is one of my favorites from A&G! I also enjoy the playing card relic that I have and a rope relic...
January 6, 2013 at 5:57 PM

Anonymous said…
Great post, great link! Van's the Man, especially when he's live and not screaming at the audience.

I'm relatively new to the idea of buying packs at Target, Walmart and Rite Aid, but I'm fast getting the idea that it's time to go spend some of the funds there.

Robert said…
I don't know if it's good or bad that I'm old enough to have gotten that domino reference right away.

Very good pull though, even though the domino is not game used.

Play at the Plate said…
Just so you don't think all those "Best of 2012" boxes are loaded, I've bought two and they both sucked. Unless you count the red variation Clayton Kershaw from one of the Bowman Platinum packs.
January 7, 2013 at 4:38 AM