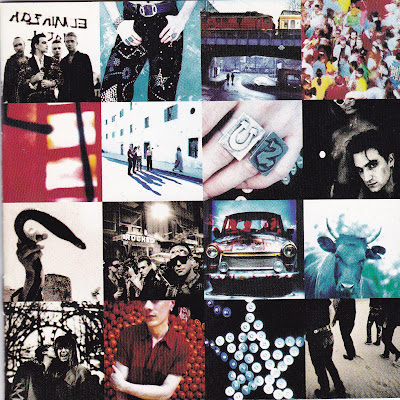 But not long after One, Mysterious Ways and Achtung Baby, I started to lose interest. U2 got a little strange for me, and Bono, who was always the "look at me" sort, seemed like he was ready to swallow the whole band.

In fact, if rock stars wore jerseys with uniform numbers, I'm pretty sure Bono would wear the No. 1.

That's how some of us view that number, as a blatant way to draw attention to oneself. "Look at me, I'm No. 1" And then there is the corresponding reaction: "Who does he think he is, wearing the No. 1? This is a team game. Nobody is above anyone else. Nobody is "No. 1."

But I get the feeling that for baseball folks, the No. 1 means something different. Or at least it does with the Dodgers.

The Dodger associated the most with wearing the No. 1 didn't seem like the egotistical type at all. 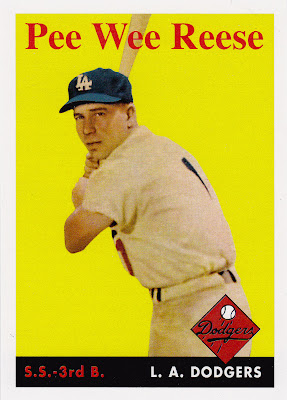 Harold Henry Reese was the captain, sure. He had a presence, even though he was just 5-9, 140. But I don't think he wore the No. 1 because of ego. Would a guy obsessed with himself go out of his way to befriend Jackie Robinson during a time when Robinson was facing death threats?

Perhaps Reese adopted the number as a way to say, "It's all on me, fellas." But not in a "I am THE MAN" way. Just in a "you can always count on me" way.

After Reese's final season in 1958, the No. 1 didn't appear on a Dodger player for more than 10 years. When it finally did, it didn't work out so well. 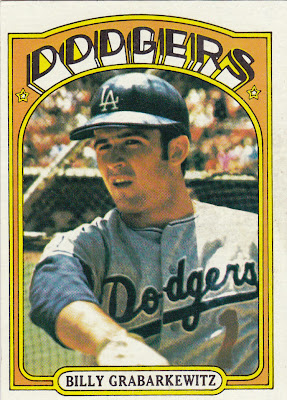 Billy Grabarkewitz must have been something to receive the No. 1 coming out of the minor leagues. Instead of shortstop, like Reese, Grabarkewitz played mostly third. But the Dodgers shifted him around to second and short, too, because of all the talent they had in the infield. Grabarkewitz is known for his outstanding 1970 season, in which he hit .341 in the first half and was the subject of a huge All-Star write-in campaign (he was picked as a reserve).

But injuries hampered Grabarkewitz, he never came close to another season like 1970, and he was shipped to the Angels in the Andy Messersmith trade. 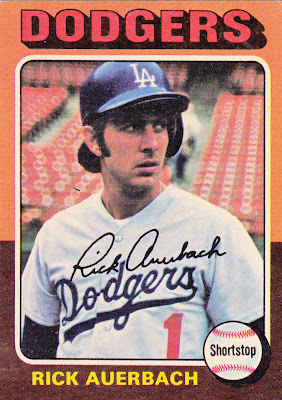 Two years later, the Dodgers acquired backup shortstop Rick Auerbach and gave him the No. 1. As far as I know, Auerbach was nothing more than insurance for Bill Russell, who was going through some injury issues at the time, so I'm not sure why Auerbach landed that number. He wasn't going to make anyone forget Pee Wee Reese. 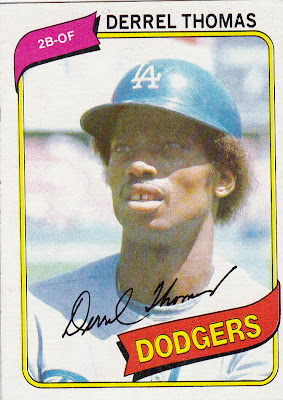 Auerbach was gone by 1977 and the No. 1 sat around until the Dodgers signed Derrel Thomas as a free agent for the '79 season. Thomas played a little second base and shortstop, but he mostly played the outfield, putting the No. 1 in the outfield for the first time. However, Thomas didn't wear the number for even a whole season. He eventually switched over to the No. 30, which was his primary number with L.A. 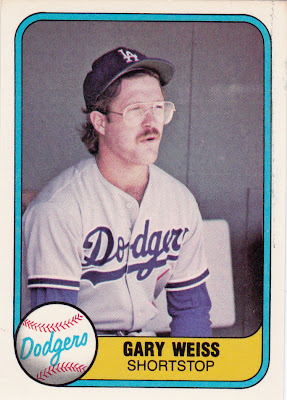 The No. 1 was inherited by Gary Weiss. Only diehard Dodger fans recall Weiss. I remember him because I was infatuated by any one who played in the minors for the Albuquerque Dukes at that time. The desert air produced phenomenal numbers, and even though Weiss wasn't a power hitter, he never hit below .280 during his minor league career.

Weiss was quick and my kind of top-of-the-lineup hitter. In his first major league appearance in 1980, he came in as a pinch-runner and scored the tying run in a come-from-behind victory over the Reds. He appeared in eight games that year, all as a pinch-runner.

Weiss would appear in only 14 more major league games, all in 1981, and finish with a .105 career batting average. His professional career was finished in '81, too, as he never returned to the minors after that year. So, the No. 1 was the only major league number he wore. 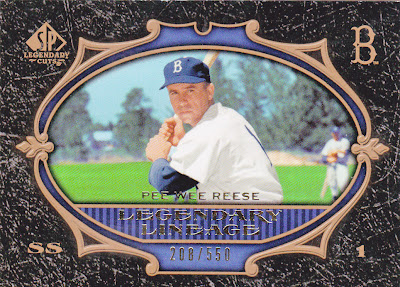 No doubt, the No. 1 had taken a plunge since the days of Pee Wee. Perhaps to put the number out of its misery, Reese was inducted into the Hall of Fame in 1984. Consequently, the Dodgers retired his uniform number, making Weiss the last player to wear No. 1 for the Dodgers.

As for that other No. 1, Bono, I'm not quite into U2's music like I used to be, although I do still listen to their '80s stuff (I think I own every U2 LP from that period). I'm not willing to classify Bono as an egomaniac anymore, considering  he is one of the biggest humanitarians in the world and a proponent for so many worthy causes.

Maybe it's a case of Bono, saying, like Pee Wee, "I can handle it, put it all on me. We'll get this done. I guarantee it."

Anonymous said…
I have never liked U2. I tried a few times, but I generally change the radio station as soon as I recognize a song as U2.

i remember that album/cd. played the heck out of it for like a year and a half - and sadly, like you, kinda was disappointed with future u2 releases...
February 11, 2011 at 8:46 PM

SpastikMooss said…
Hey Kevin...did they disappoint you? And leave a bad taste in your mouth?

I'm hugely biased...but I love U2. As much as Sunday Bloody Sunday and Where the Streets Have No Name started it, All I Want is You from the end credits of Reality Bites definitely sealed the deal. Bono is insane.....ly awesome!
February 12, 2011 at 1:52 AM

Feather Chucker said…
U2 puts on a great concert. I saw their 360 concert last year. It was awesome. Gary Weiss looks like a high school science teacher.
February 12, 2011 at 8:40 AM