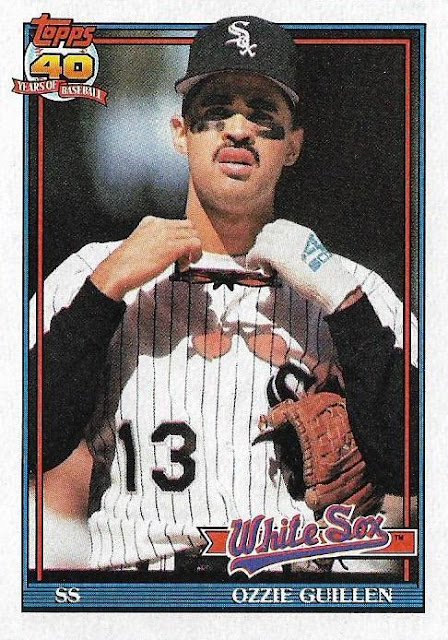 It's Friday the 13th.
This far into your day, you've probably survived it relatively unscathed, except for the constant reminders that it's Friday the 13th ... in 2020.
It's either that or yet another nostalgic tweet about what a creep Jason was, slicing and dicing teenagers. Even the baseball Friday the 13th write-ups are the same old, same old. Did you know Alex Rodriguez and Ozzie Guillen and Omar Vizquel all wore number 13? Then comes a top 10 of the best players who wore the No. 13.
Anyone who can find baseball-reference can do that. But spending just a few minutes more (and I do mean just a few minutes) can dig up a little bit about uniform No. 13 and baseball players.
For instance, did you know that the No. 13 has been worn, according to baseball-reference (hey, I depend on it, too), by less than 350 players in MLB history? Heck, the No. 14 was worn by over 700 MLB players. 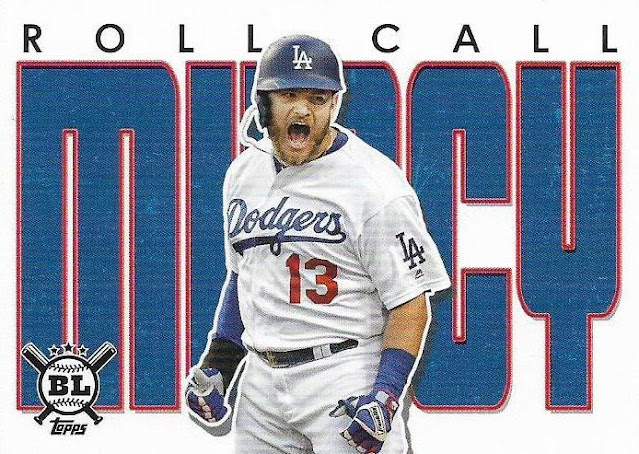 Wearing No. 13 doesn't seem as taboo today as it was in the past. Several notable players, like Max Muncy, Ronald Acuna and Manny Machado don the number. But as I looked through my cards, determined only to show the card if I can actually see the No. 13 on the jersey, I found that I could place No. 13 wearers in a few separate categories.
Here they are: 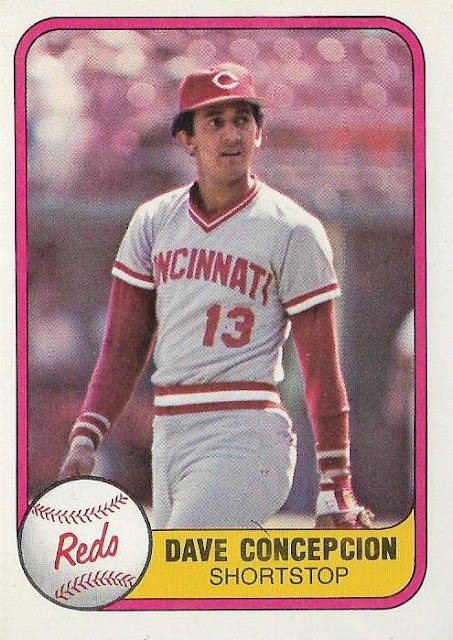 THE LEGACY WEARERS
Davey Concepcion supposedly chose the No. 13 to honor his mother, who was born in 1913. That decision led to a litany of shortstops and other middle infielders to wear the number as youngsters copied Concepcion's flashy style. Concepcion, who was part of two World Series winners, proved that the No. 13 was not an unlucky number on the baseball field. 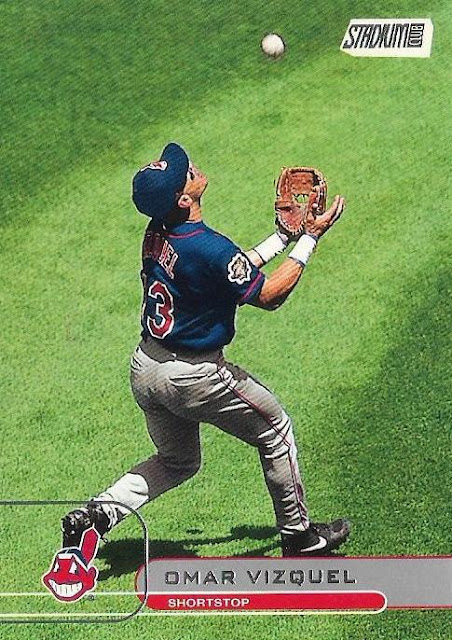 Going through a list of those to wear the number, it does seem that half of them are shortstops: Hanley Ramirez, Asdrubal Cabrera, Rey Ordonez, Freddy Galvis, A-Rod, Guillen, Vizquel. 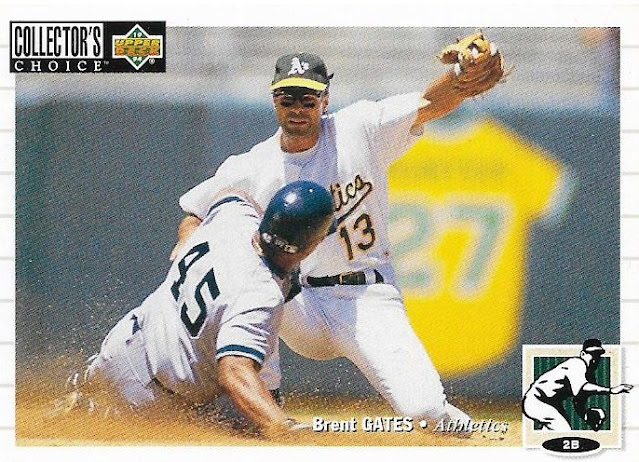 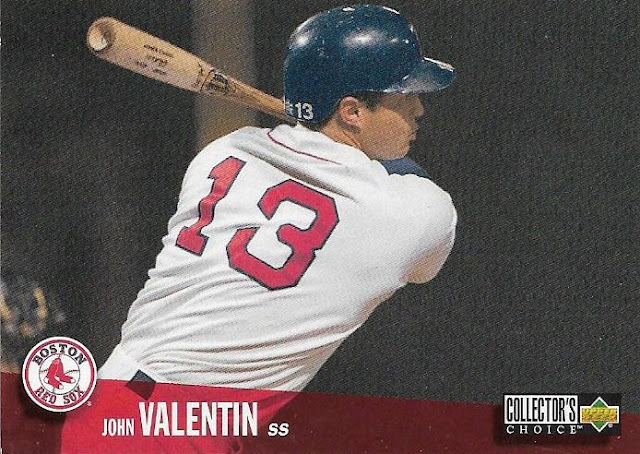 I don't really know if John Valentin and Brent Gates have Latin roots but both shortstops picked the number 13 to wear. 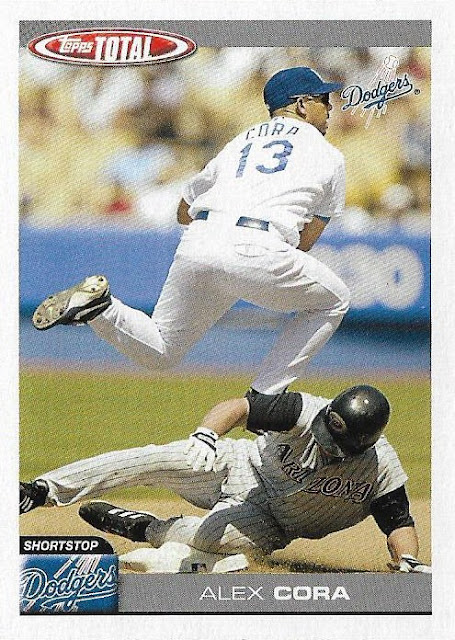 Concepcion's legacy continues as those who wore his number later became managers. 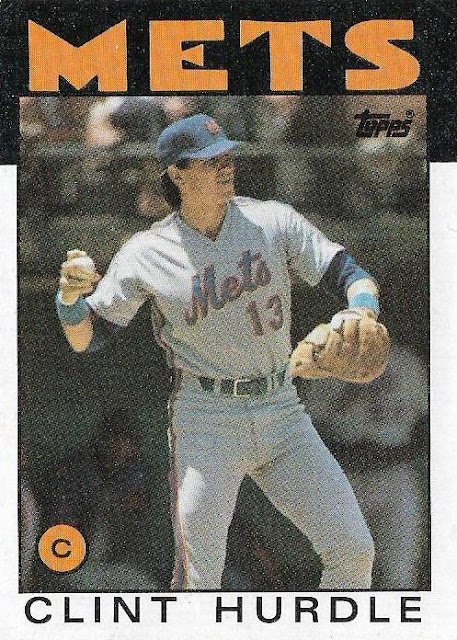 THE TURNING OVER A NEW LEAF WEARERS
Going through the list of No. 13 players, I found several who donned the No. 13 upon coming to a new team, or late in their career.
Clint Hurdle actually wore No. 33 when he came to the Mets from the Royals, but then he switched to No. 13. 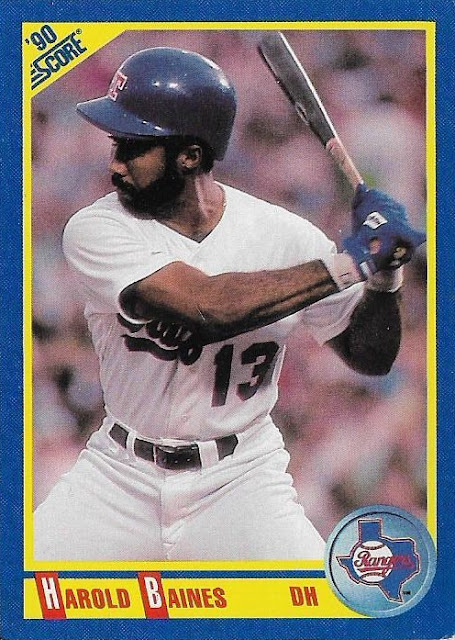 Harold Baines chose the No. 13 upon arriving with the Rangers in 1989, after 10 years with the White Sox. 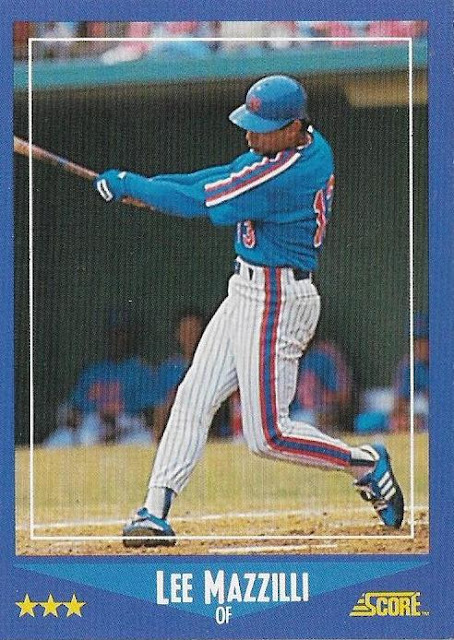 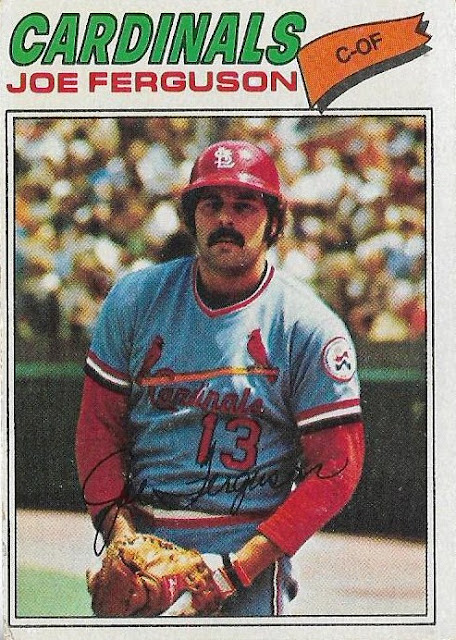 THE BEHIND THE PLATE WEARERS
A fair amount of catchers have worn the No. 13. 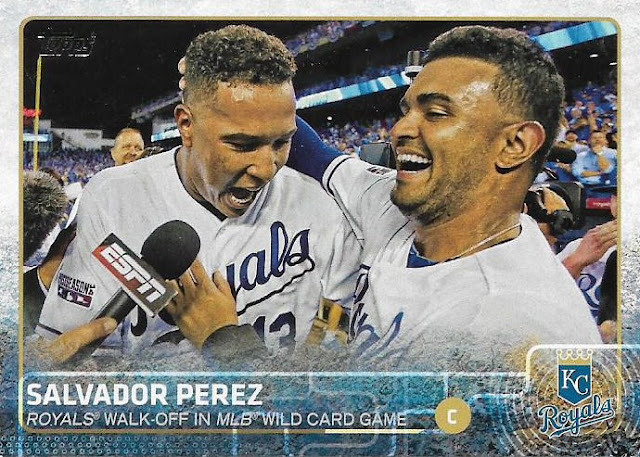 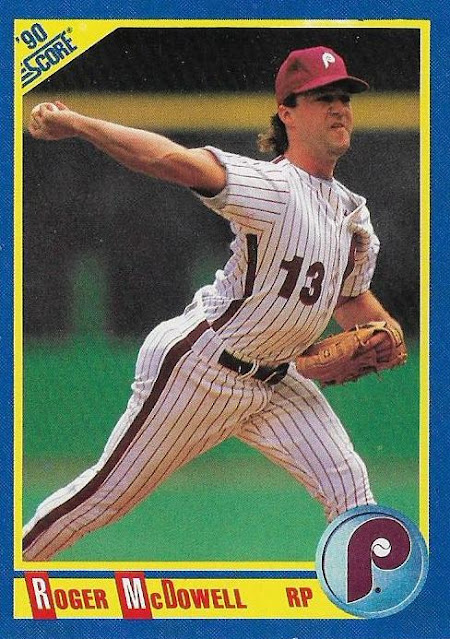 THE CHARACTER WEARERS
Roger McDowell wore No. 13. Of course he did.
The list of "characters" who wore No. 13 is long. Perhaps it took someone who didn't care what others thought to wear the No. 13 back in the day. Take a look at these No. 13-wearers, all with stories to tell: 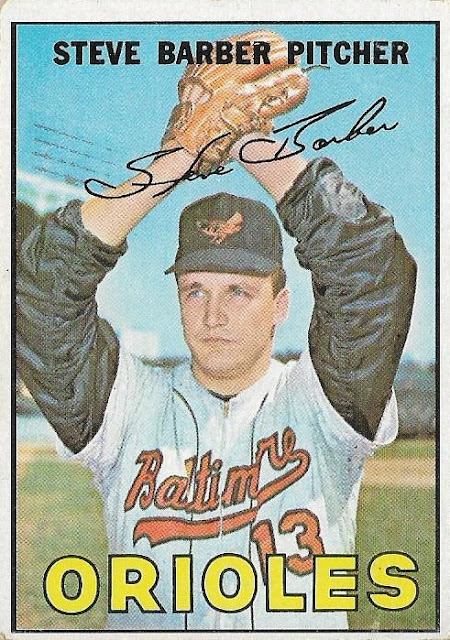 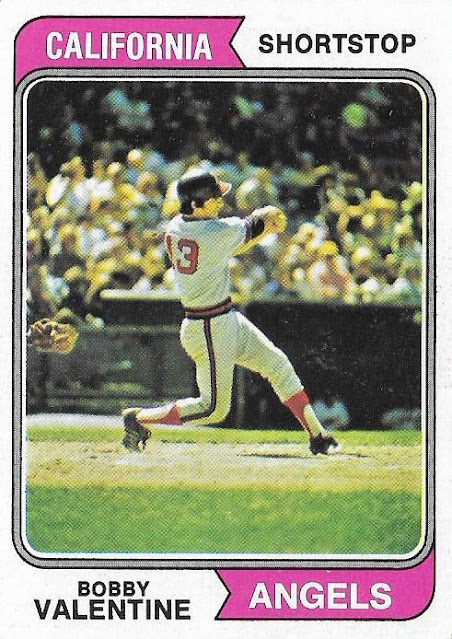 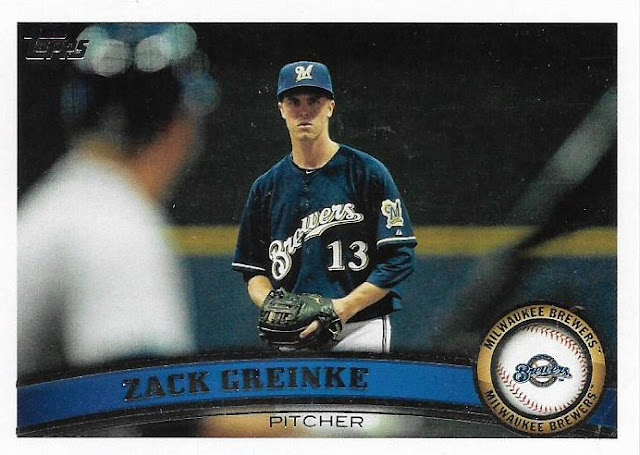 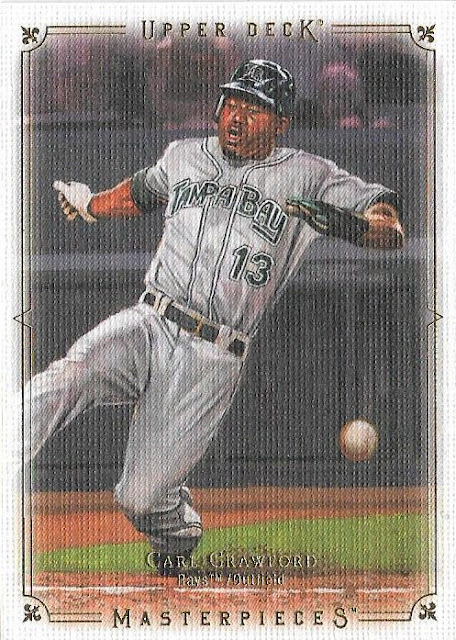 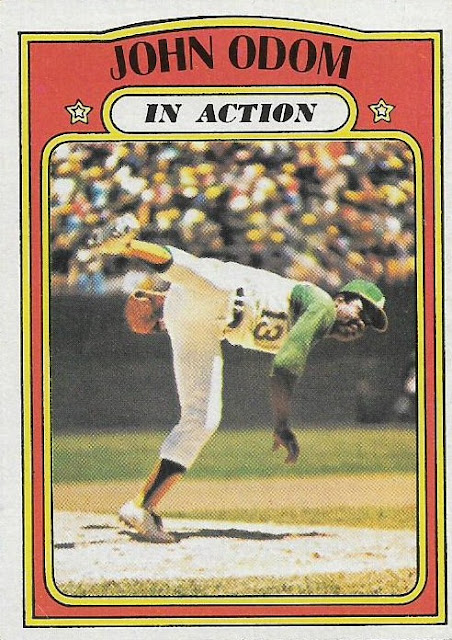 Anyway, that's what I found when I tracked some baseball players who wore No. 13 -- on their baseball cards. 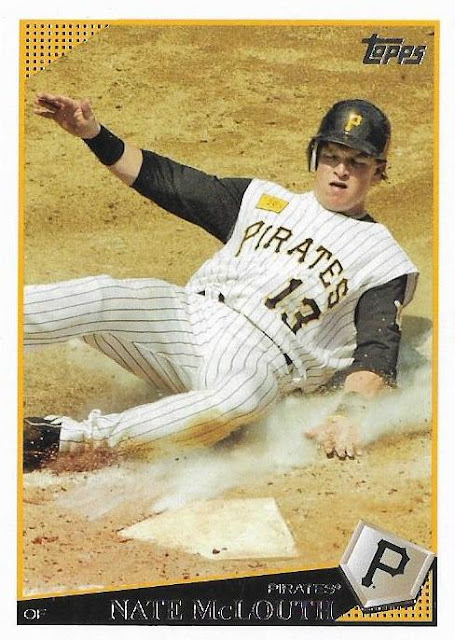 Nate McLough and Billy Wagner wore the No. 13. So did Matt Holliday. So does Matt Carpenter. Ralph Branca wore it, as did a whole bullpen of relief pitchers, such as Neil Allen, Heath Bell, Ernie Camacho, Jeff Musselman and Mark Davis.
And while I'm listing, how about Lourdes Guirriel Jr., Edgardo Alfonzo, Ruppert Jones, Doyle Alexander, Billy Joe Robideaux, Dick Pole, Jose Lind, Steve Kemp and Charlie Hayes.
The No. 13 isn't just for shortstops, or Fridays, or guys in hockey masks.

JediJeff said…
I wore 13 when I played soccer. For a lot of countries, 13 is really taboo, so seeing someone wearing the number would make them question the sanity of that person. Hey - a little head games with the opposing team.
November 13, 2020 at 8:36 PM

bryan was here said…
There aren't a lot of players in the other sports who wear the number 13. Dan Marino is the first who comes to mind. We all know he's the best QB never to win a Super Bowl. Are there any others?
November 13, 2020 at 8:55 PM

Chris said…
Fun fact: when Lou Lamoriello ran the NJ Devils he would not allow any player to wear #13. Once he took the Toronto job, Mike Cammalleri became the first Devil ever to wear the unlucky number.
November 13, 2020 at 11:36 PM

Fuji said…
When I put my 1974 set into a binder, I took the time to check out all of the fantastic action shots. Not sure how I don't remember checking out that Valentine.

One of my students wished me a Happy Friday the 13th as she left my Zoom meeting today. It totally slipped my mind until she said that.
November 14, 2020 at 12:46 AM

Nick Vossbrink said…
Gotta nominate Red Traphagen from Mark Harris's The Southpaw as a fictional #13 wearer as well.
November 14, 2020 at 10:22 AM

CinciCuse Bill said…
Fun post. As you noted, Concepcion was an inspiration to many Valenzuelans.
November 14, 2020 at 11:14 AM

Bo said…
Mike Pagliarulo was #13 for the Yankees when I was growing up. I forgot Leyritz wore it too. Looks like no Yankee has worn #13 since A-Rod, but I'm guessing they won't officially retire it for him.
November 14, 2020 at 8:22 PM